How many times have you ruined a perfectly good recipe by trying to be a bit too creative? You know the story; you take French onion soup and add some lime for a touch of oriental exotica, or add marmalade to a perfectly good beef gravy. The thing is, that one adventurous step (or maybe two) doesn’t usually just render your meal slightly odd to the taste – it makes it completely inedible. It’s amazing how getting just one small thing wrong can so well and truly spoil the overall effect. 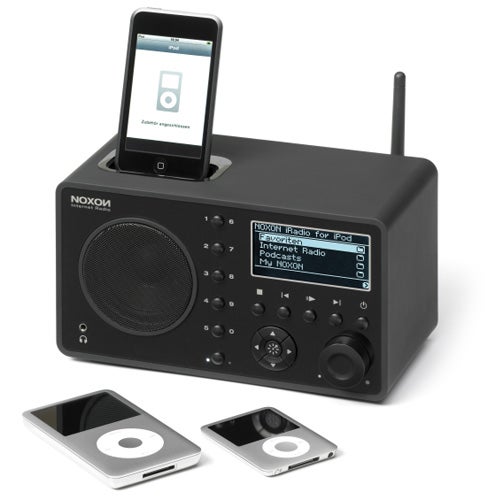 That’s the way I feel about the Terratec Noxon iRadio for iPod. In many ways this is a product with a great bunch of ingredients. It’s a multi-functional music centre that not only boasts Internet radio, but also an FM tuner, an iPod dock and audio streaming among other things. But it gets a number of small things wrong that ruin it.


It’s a shame, because mostly this product is a good thing. For starters, it looks pretty good with its glossy front panel and soft touch plastic wrapping the rest of the case. It feels weighty and extremely well made, too, with four heavy-duty feet underneath to keep it stuck to the table or kitchen worktop. You can prod away at the buttons and twiddle the volume knob (which also all feel solid and well engineered) and not have to worry about it moving around. 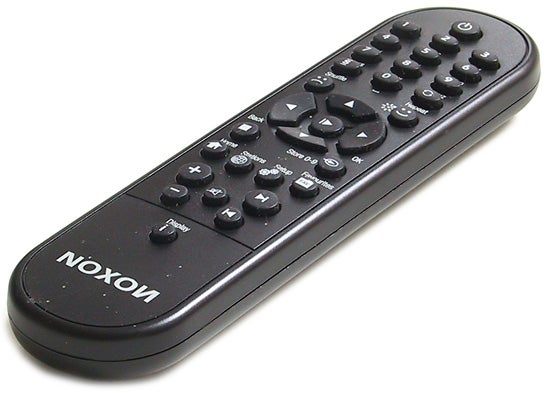 The screen, though a pretty basic monochrome white on black, is extremely legible, and when you drop your iPod into the dock slot on the top of the device, its music folders become navigable on that screen – which means you don’t have to squint or get up and go over to the device to pick a track. You can use the remote control from wherever you happen to be sitting. The iRadio, incidentally, supports all iPods (except the shuffle), including the Touch and iPhone, and devices charge while they’re mounted in the slot too.


Initial setup is an absolute breeze. Just switch the iRadio on and it’ll scan for networks and prompt you for your password as necessary. WEP, WPA and WPA2 encryption methods are supported, as are UPnP music sources, and if you’ve already shared your music via Windows Media Player, these instantly pop up at the top level of the menu system, ready for access via all the usual categories – album, artist, genre, composer and so on. And if you’ve gone down the powerline Ethernet route, never fear, the iRadio also boasts an Ethernet socket for wired connection.

The list of positives continue with the array of sockets on the rear that most media streaming systems would be proud of. Not only is there a line-in for connecting non-Apple based music players, but also a 3.5mm stereo lineout; a mono speaker output for adding a second, stereo speaker to the iRadio’s one; a digital output for piping an S/PDIF signal out to your home theatre receiver; plus a USB socket for playback from a USB thumbdrive or other mass storage device. The latter works just as well as the media streaming browsing feature, enabling you to browse music via ID tag. 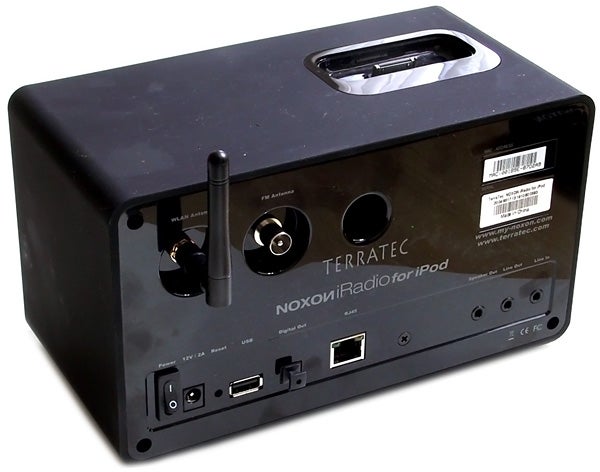 It’s once you get past all the extras and examine the core Internet radio feature that the iRadio begins to disappoint. Finding stations is easy enough: the iRadio lists stations by location, genre, new, popular and ‘Best of’, which includes such well-known networks as Radioio and NRJ, the European-wide music radio giant. The iRadio even provides an automatic listing of your local stations at the top level, so you don’t have to delve into the hugely long country list, and you can use the numeric keypad on the remote control to search by keyword, so tracking down a station is never too much of a pain.


But the first thing that any digital radio sold in the UK ought to do is let you access the BBC stations, and on this front the iRadio falls short. Search for BBC in the All Stations listings, click on any of the folders listed and you’re presented with a line-up that includes not only the live stream, but also podcasts for that channel. So far so good. But there’s a problem here: while the podcasts stream perfectly, the live streams do not – select them and they simply get stuck, never getting past the buffering stage. 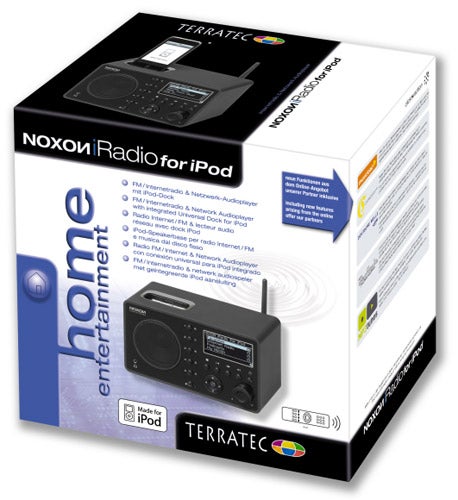 It’s possible that, in time, this issue will be resolved with a firmware update, but at the time of writing, nothing was available via the radio’s update feature. I checked for updates dutifully every day for the three weeks with no joy. I even tried an older NOXON radio, which worked perfectly with the live BBC streams to confirm it was a problem with the radio, and not the servers at the BBC’s end.


Even ignoring this, there’s a couple more drawbacks. The first is sound quality. It’s not bad, but I expected more. Its single speaker is clear enough and it goes quite loud, but it’s seriously lacking in bass and body. Compared to the output available from a £125 DAB radio such as Pure’s classic Evoke-3, it’s positively weedy. The second is that price. £245 is a lot of money to pay for an Internet radio of any description, even one with this many features.


So despite a raft of features and a potentially successful recipe, Terratec’s iRadio for iPod ultimately disappoints. It looks good, is easy to set up and is pretty easy to use too. But a few small things – the lack of BBC stations, the high price and average sound quality – end up ruining the taste.