The Walking Dead: A New Frontier has been one of the more interesting seasons of the franchise, and not always because of what is happening in-game. As Telltale’s approach to storytelling becomes more obvious and expected by the entry, how it tries to circumvent expectations is almost as interesting as how it plays out. The last episode of the series, From The Gallows, tries to take that up a notch.

Filled with surprises and genuine moments of emotion, the real key here is how well the developer presents its characters and then lets their personalities evolve over a season. While most plots do conclude well, there’s still plenty of intrigue left in the air. This means that even when all is said and done, you’ll have an urge to know more – which is kind of the point.

The prior two series’ of The Walking Dead were always going to have a leg up over this one simply because they came first. The fact that many of those patterns have been recycled here means it’s the law of diminishing returns, but that’s why this episode in particular feels very much aimed at a fan base that’s invested by this point. It’s more about seeing what decisions will be made as opposed to anything ground-breaking. 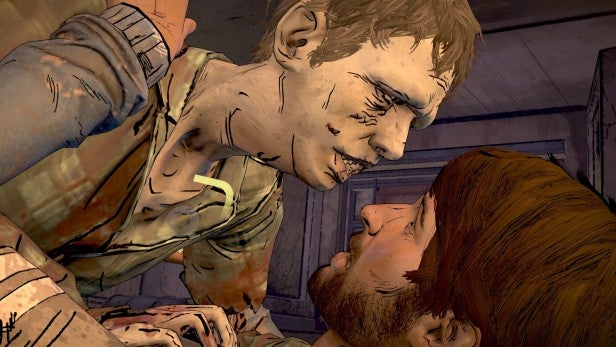 To go into specifics here would defeat the point – you don’t want anything spoiled – but if you have any experience of what’s been presented before then you probably won’t be too far from the truth. The problem is that there are instances where it all feels slightly too clichéd, or moments that are looking for that shock death to spark a reaction. There’s every chance they’ll achieve their goal, depending how much you’ve warmed to a certain character, but there’s an over-reliance on this. It’s a bit like shooting fish in a barrel. With a rocket launcher.

What’s worse is that the impact of some of these aren’t given any time to settle. On occasion, there isn’t really any fallout aside from the ‘Oh, they’re dead’, and that can have a knock-on effect as you plough forward. It’s hard to keep caring when events have already shifted gears.

With that said, Telltale hits more than it misses. There’s a lot to tie up in Episode 5, and when the credits roll there’s a distinct sensation of hope, which certainly hasn’t been present up to this point. The positive in this sense is that whatever the developer decides to do next can potentially play with the formula, and at this stage that’s exactly what we need. 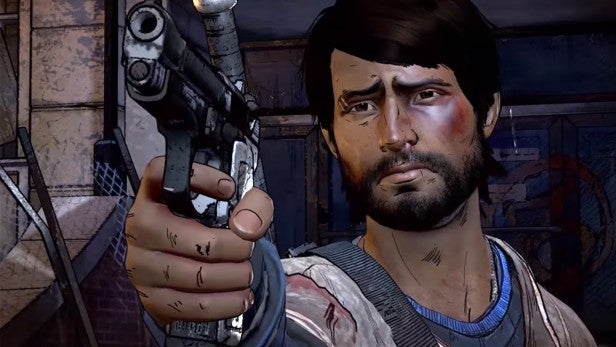 There’s a reason the studio has risen to prominence: it’s because of the format it introduced. Given this debuted in 2012 where The Walking Dead is concerned, now is most certainly time for a change. Whether the ‘lightning in a bottle’ of Season 1 can ever be replicated is anyone’s guess, but there’s enough here to suggest that we’re not out of ideas yet.

Furthermore, there are more stories to be told in this world that’s been so meticulously created – it’s how they’re delivered that will be the issue. The fact this is how the franchise has been left for now could be a positive as long as the brains behind it are forward-thinking enough to realise that it’s at a crossroads.

You won’t be left wanting when all concludes here, mind. It’s a credit to all involved that most of the themes and narratives are addressed in some sense, and Clementine’s journey seems set to take yet another turn when the eventual fourth entry rolls around. That doesn’t mean it’s perfect, and certain characters aren’t given the same attention as others – which, ultimately, negates their role overall – but at least you’re not left guessing.

From the Gallows is also exceptionally good at raising the stakes from nowhere, which helps the pace no end. A mundane situation is always only a few seconds from properly kicking off, and knowing that no-one is safe makes it all the more frantic. If you’re happy to take a more casual approach to this – and know what’s happened previously – it’s hard to say you won’t have fun with it. Odds strongly suggest you will. 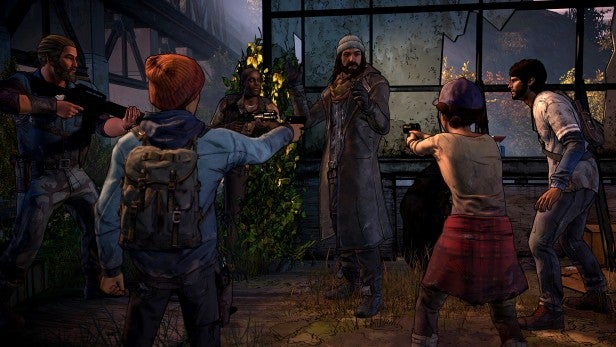 So this is The Walking Dead in both name and body, but by this stage you should know that. If you were waiting for the series to end before making a decision about whether to return, I’d certainly recommended it. And while it’s arguably the weakest overall, it’s still worth your time.

Just sit back, embrace the story and remember that in the long run, nothing here actually matters. But it will still make your jaw drop a little but when it pulls a surprise out of leftfield. That’s what the franchise is all about now, though, and that isn’t bad.

The Walking Dead’s third season finale does what it has to do to tick all the expected boxes, and while not as high as the series has been, it’s still more than solid.

Next
The Walking Dead A New Frontier Episode Four: Thicker Than Water review