The biggest issue with Telltale’s episodic system is that giving away too much utterly ruins someone else’s experience of it. When the developer gets its storytelling right it truly knows how to make you intrigued and wanting more. The second episode in the second season of the studio’s Batman saga — entitled The Pact — achieves this even if it stumbles a bit along the way.

The main reason for these highs and lows is because of how Telltale takes Batman and makes it its own. Countless characters have joined the series since day one, and the way new additions arrive and behave can be fascinating.

That role here is filled by ‘John Doe’ (also known as The Joker) and Harley Quinn. While the former has been apparent within this framework for some time — the whole second season is basically a vehicle for the Clown Prince of Crime — Harley’s arrival was more of a surprise, or at least it was until a trailer dropped for The Pact a few weeks ago. 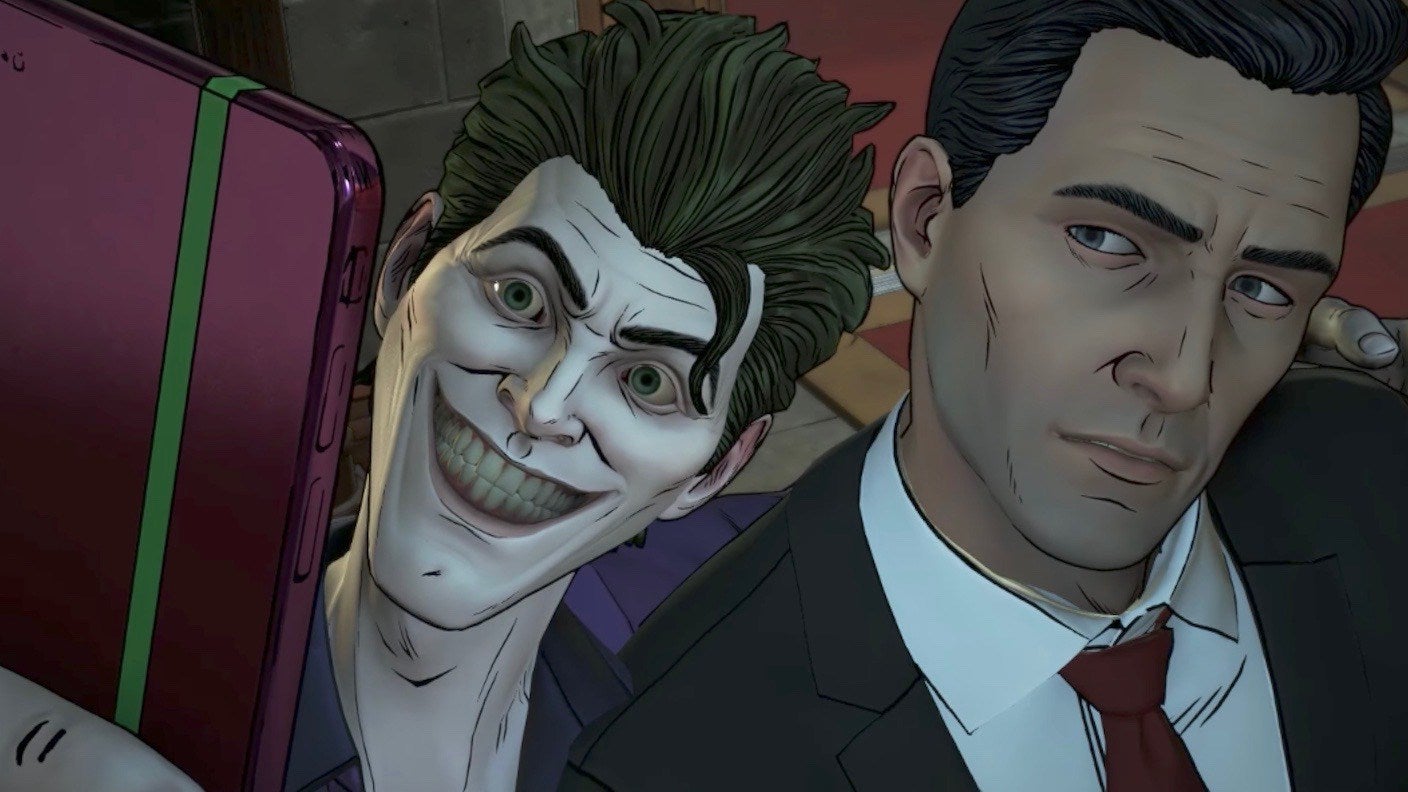 While there are certainly traits you’ll recognise, it’s how the developer spins these famous faces that really pulls you in. That’s impressive enough regardless, but even more so when you think of the years of stories — and nonsense — The Dark Knight has been through. Telltale may not get it right at every turn, but what it’s created here is certainly unique.

This is why The Pact is so fascinating, however, as even if you’re a hardened fan it’s nearly impossible to predict how these iconic figures will behave. The major focus here sees you spend the majority of your time as Bruce Wayne infiltrating Gotham’s criminal underbelly with help from allies like Jim Gordon, and some unexpected alliances. It sticks to familiar patterns but it’s fun to not only step into Wayne’s shoes for a while but to see him pretend to be a bad guy.

The highlight, of course, is that during this you’re kind of working with The Joker (although unwittingly) and seeing a far more ‘normal’ version of the renowned serial killer is a plus point all of its own. Telltale — at least for a little while — offers up an utterly original side to Batman’s arch nemesis and to say it’ll throw you off your game is an understatement. Almost like a well crafted horror film you’ll be waiting for that big twist and subsequent fallout, because deep down you know not to believe what you’re seeing. That anticipation is excellent, however, and allows you to fall deeper into the narrative which, again, is exactly the idea. 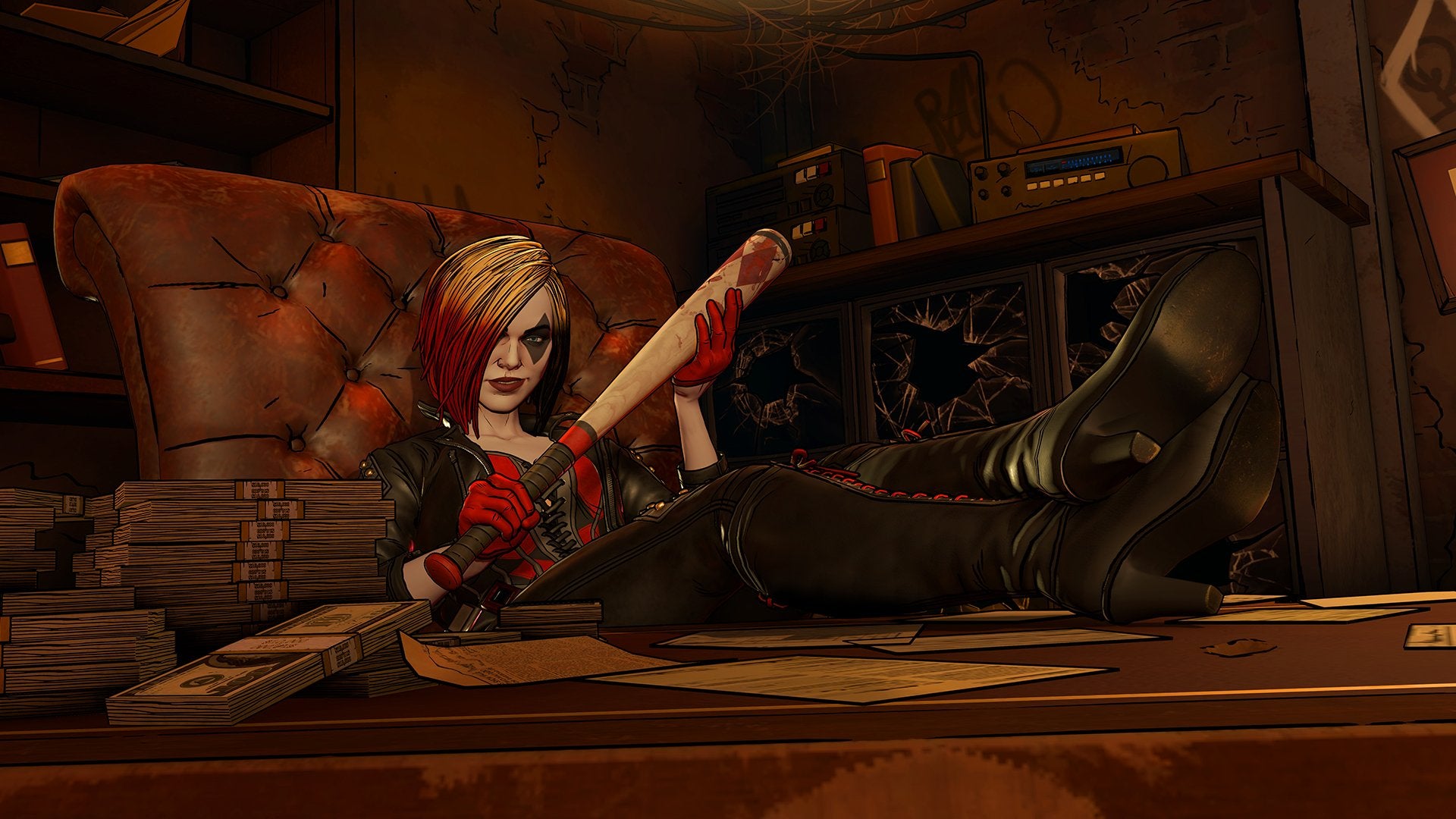 To say more is unfair, and anyone with a sense of the DC Universe can intelligently guess that both Harley Quinn and The Joker have some sort of connection because that’s the whole point and always has been. It’s unlikely you’ll map out exactly what the story is, though, and that’s why currently season two is in a far better position than what came prior.

Within a couple of entries Telltale has already laid the groundwork for a much bigger payoff and on top of that, is successfully winding up smaller stories it had put in place during the first episode. With that said, it does feel like too much story is trying to be crammed in given the running time of each entry. The Pact not only tries to welcome new bodies but hurls plot points at you relentlessly. It certainly makes it feel busy, but that can also turn to confusion as you’re never allowed time to process what you just witnessed. We don’t need to see everyone just to tick some boxes.

It does all seem to be building to a huge crescendo, though, and the choices you’re offered — as well as the range of ways in which you can behave — is already far more interesting than it was before. It remains true that a lot of this is smoke and mirrors — no matter which dialogue option you choose you, basically, will end up in the same place — but that’s where the trick lies. If Telltale can make it seem that’s not the case, then you buy in hook, line and sinker. 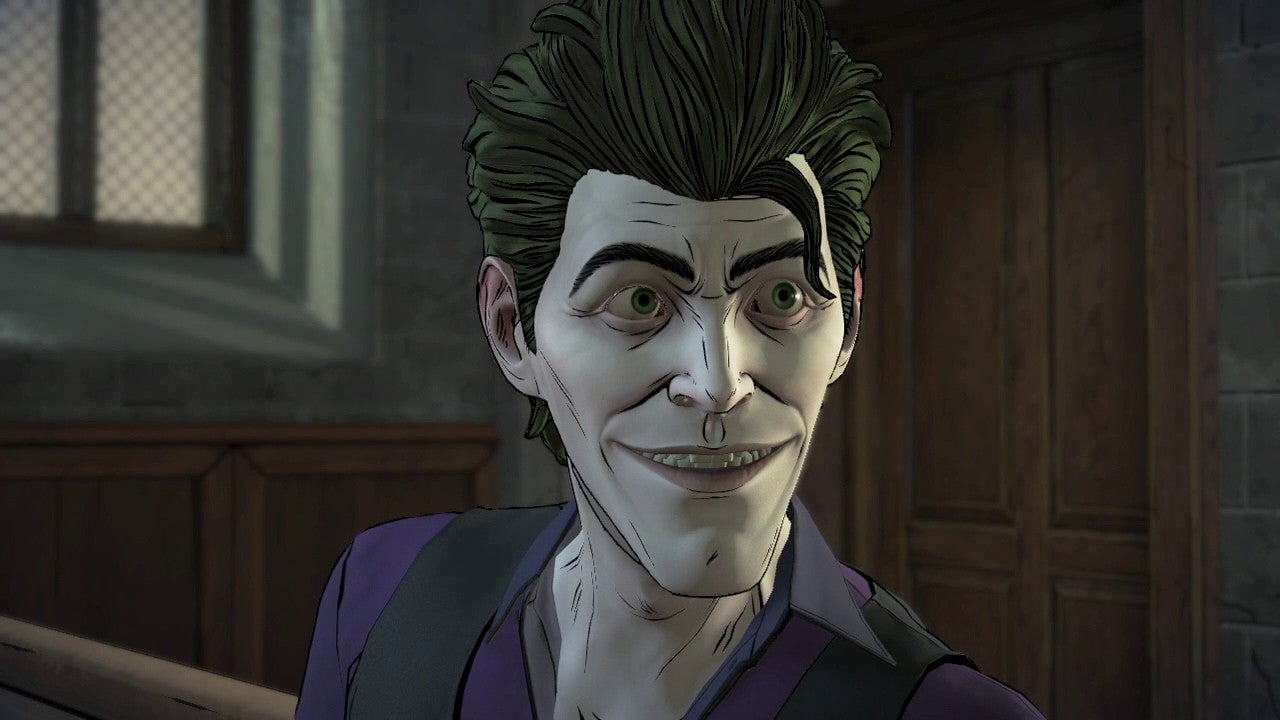 It does that to some degree, but variety is an issue. While I actually loved Telltale’s decision to have this episode focus on Bruce Wayne, there are obvious lulls where a big shake up would help no end. There’s enough intrigue to let the narrative flow, but some originality with the puzzles or moment-to-moment gameplay would allow large chunks to feel more alive as opposed to just going through the motions.

Furthermore, the dreaded technical issues seem to have returned despite not being a problem at all with episode one. The Pact stutters and judders like no one’s business and there are few things more annoying than the audio sync jumping off a cliff. It’s clear by this stage it’s just a flaw with Telltale’s engine but that’s no excuse, in particular when we’re talking about a game that has so much invested in its conversation mechanic. It doesn’t ruin the experience, but it is frustrating.

Still, if you’ve invested yourself in Batman: The Telltale series for an original take on The Caped Crusader and are hoping to be won over by a story that takes you by surprise, I think The Pact is a very strong reminder that season two is on course to do just that. Naturally it completely depends on what happens next — and if there’s even one disappointing conclusion it could hamper momentum badly — but nonetheless: I sit here excited about episode three and that, of course, is the whole idea.

Batman’s second episode in season two — known as The Pact — takes The Dark Knight and continues to refine him in a very unique way. If the whole series can pay off this story, it’ll be very good indeed.