What is the Tefal Toast n’ Egg?

The Tefal Toast n’ Egg is an unusual gizmo. It’s a two-slice toaster with a pot at the end designed to cook eggs just how you like them.

Although the idea may at first seem a little “studenty”, give it a chance: it actually makes a family breakfast pretty efficiently. You can boil four eggs at a time and, while they’re cooking, produce an army of soldiers. Not bad for such an affordable appliance. 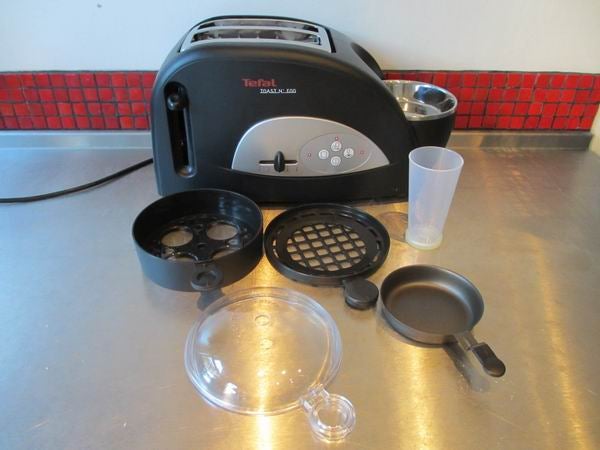 The Tefal is fairly large for a two-slice toaster, thanks to the addition of a boiler on the end for cooking eggs.

It has two slots, each measuring 13 x 13x 3cm –  a 3cm sourdough doorstep only just managed to fit in. On the underside you’ll find a cable tidy, with the cable itself measuring 85cm long.

Toaster controls are basic. There’s a browning control slider, from 1 to 5, alongside four touch-sensitive buttons to chose the mode: toast only, egg only, toast and egg or cancel. 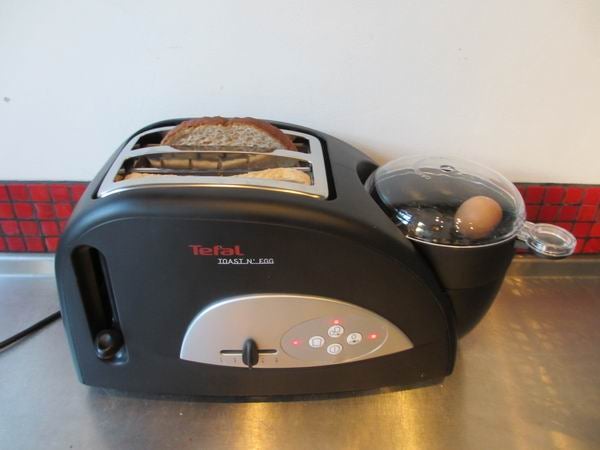 The Tefal Toast n’ Egg comes with a number of contraptions to go on the egg cooker: a mini frying pan, a warming tray, and a holder for boiling up to four eggs. Thankfully, they all stack together when not in use, so you don’t need to budget cupboard space with them.

The toaster also comes with a plastic jug, which is used to measure out the precise amount of water needed for the number of eggs you’re cooking. On the underside of the jug is a handy pin to prick egg shells before steaming them. 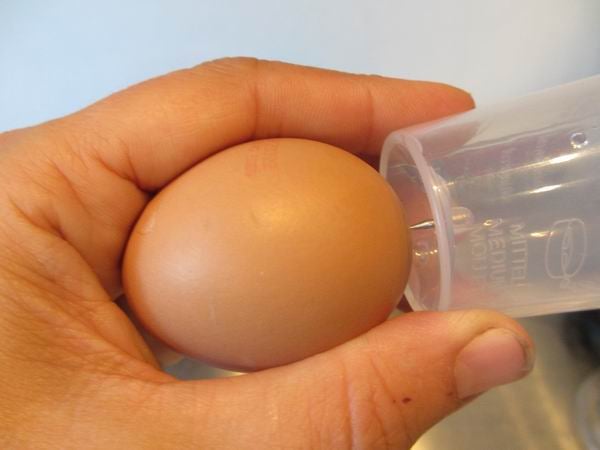 As a toaster, the Tefal is mediocre. Its slots are on the small side, so aren’t always able to fit a slice of bread horizontally. As a result, browning is mixed. A slice of white bread we I toasted browned nice and evenly; a taller brown slice didn’t toast so well: a good 5cm at the top was barely browned at all. 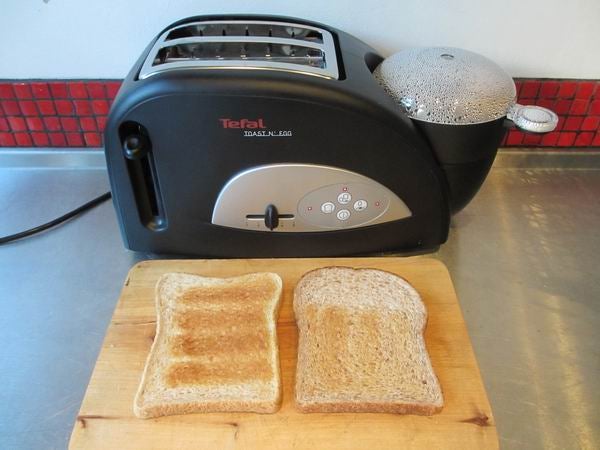 However, the Tefal shouldn’t be completely written off because it does more than toast. The cooker on the side is able to cook eggs three ways (boiled, poached or scrambled) and can also reportedly be used to heat up beans or meat (although we couldn’t find anything in the instructions about this).

I tried boiled eggs, which the Tefal cooks using steam and so need to be pricked first using the pin on the bottom of the jug. The jug itself features graduations in order to help you measure exactly the right amount of cooking water, depending on how many eggs you’re steaming and whether you want them hard or soft. Annoyingly, though, the measurements are difficult to read, which made this part of the process much harder. 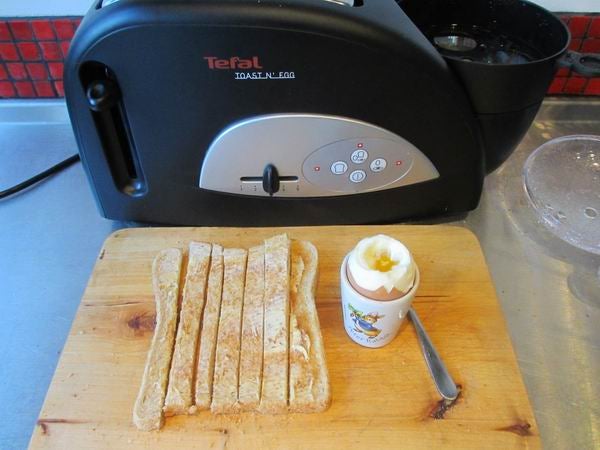 Since you use only a tiny amount of water, it comes to the boil very quickly. The egg automatically stops cooking when it boils dry: that’s why getting precisely the right amount of water is so important. The result was a delicious soft-boiled egg that somewhat redeemed the toaster’s performance.

The eggs impressed. And in the time it took to cook them, you’d easily be able to knock out a few rounds of toast for soldiers. Still, the top 5cm will be underdone, so that’s a couple of fallen soldiers. Should I buy the Tefal Toast n’ Egg?

Although the Tefal Toast n’ Egg isn’t a great toaster, it’s good value for money and the egg cooker does the job well. So if easy eggs and toast of a morning sounds ideal then you should go for it.

If you’d rather just get a better toaster for your money then the Kenwood TTP210 is great value. If you’re happy to spend a little more then the Hotpoint TT44EAX0 is excellent.