A great-value processor for keen cooks, but it could be more user-friendly.

Confused over whether you should invest in a food processor or a blender? Now you can have both in a single appliance with the Tefal DoubleForce Pro.

Its base is home to two motor outputs instead of one, with an orange output for speed and a purple one for spinning power. The former powers its blender and mini-chopper, and the latter its bowl and citrus juicer, both relying on a mighty 1000W motor to blitz, chop, crush and purée food and liquids to processed perfection.

Combined with a system that locks attachments into place with a quick click, you can easily switch between kneading dough, blending smoothies, squeezing OJ and chopping herbs without having to pause to wash up. 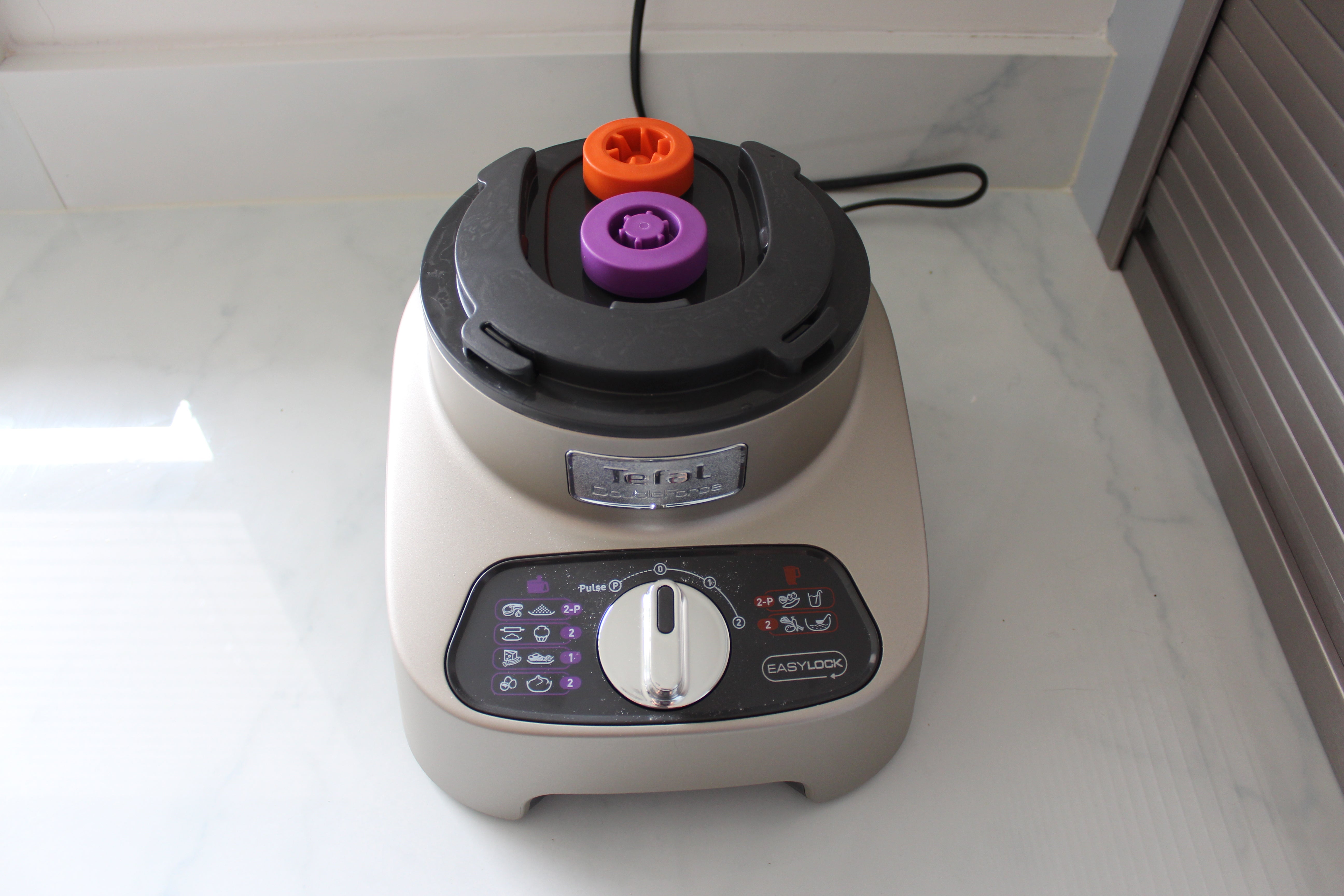 In terms of its basic shape, the DoubleForce Pro doesn’t look terribly different from other models on the market. However, it benefits from numerous subtle tweaks that frequent users will appreciate.

For starters, the base unit is light enough to lift in and out of a cupboard, so there’s no need for it to live on a worktop. Next, its food processor bowl can lock in from both the left and right, so those who are left-handed will find it easier to use. Plus, the lid can lock on in six positions.

Both the blender and mini-chopper bowl fit directly onto the base, with no need to twist into place. There’s also integral cable storage and a storage box for the chopping blade, dough tool and discs, which fits inside the bowl after use. 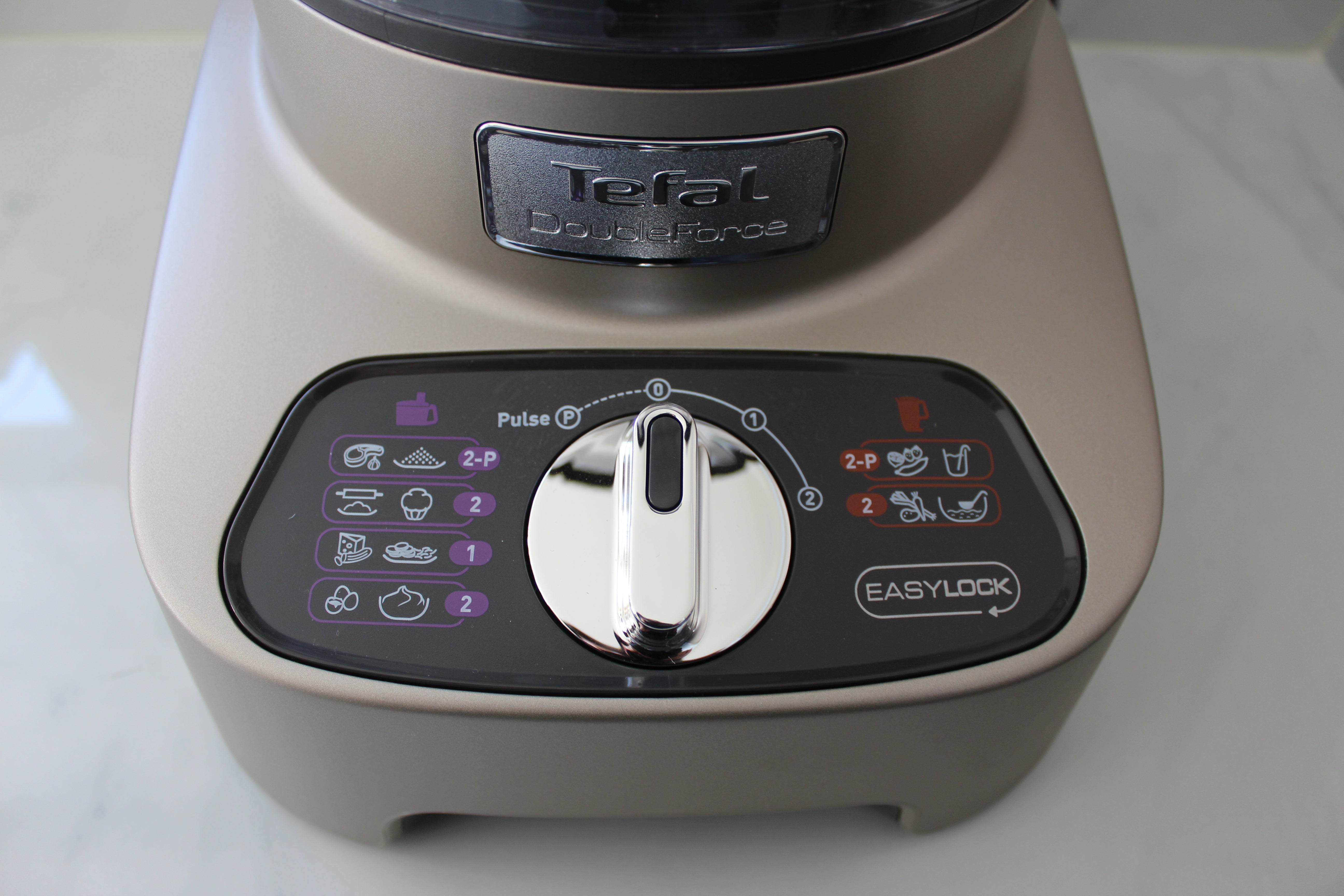 Two speeds and a pulse are controlled by a manual dial on the front of the base unit, although this corresponds to many more options. The DoubleForce Pro features automatic speed and force adjustment for each attachment, so in essence it offers six ‘programmes’ for the processor bowl and blender.

The DoubleForce Pro has plenty to offer both occasional users and keen cooks – so it’s disappointing to find that its instructions are predominantly pictorial. As a result, familiarising yourself with the machine and discovering all its functionality has been made harder. Attempting to figure out the different foods in its table guide to speed and attachment was at times baffling.

I started by using the food processor bowl with the chopping blade to slice spring greens with the pulse. The leaves had a tendency to stick to the sides of the bowl, however, so only the lower part was chopped. Only once I’d moved them physically towards the blades were they chopped; but the result was very fine. In retrospect, it was the wrong tool for the job, which is where some written guidance would have been useful. Next I used the thin slicing disc on speed 1 to create slivers of apple, after coring and halving the fruit so it would fit in the feed chute. While not all the slices were of the same thickness, they were much thinner than could have been achieved by hand, and perfect for an apple tart or crisps. 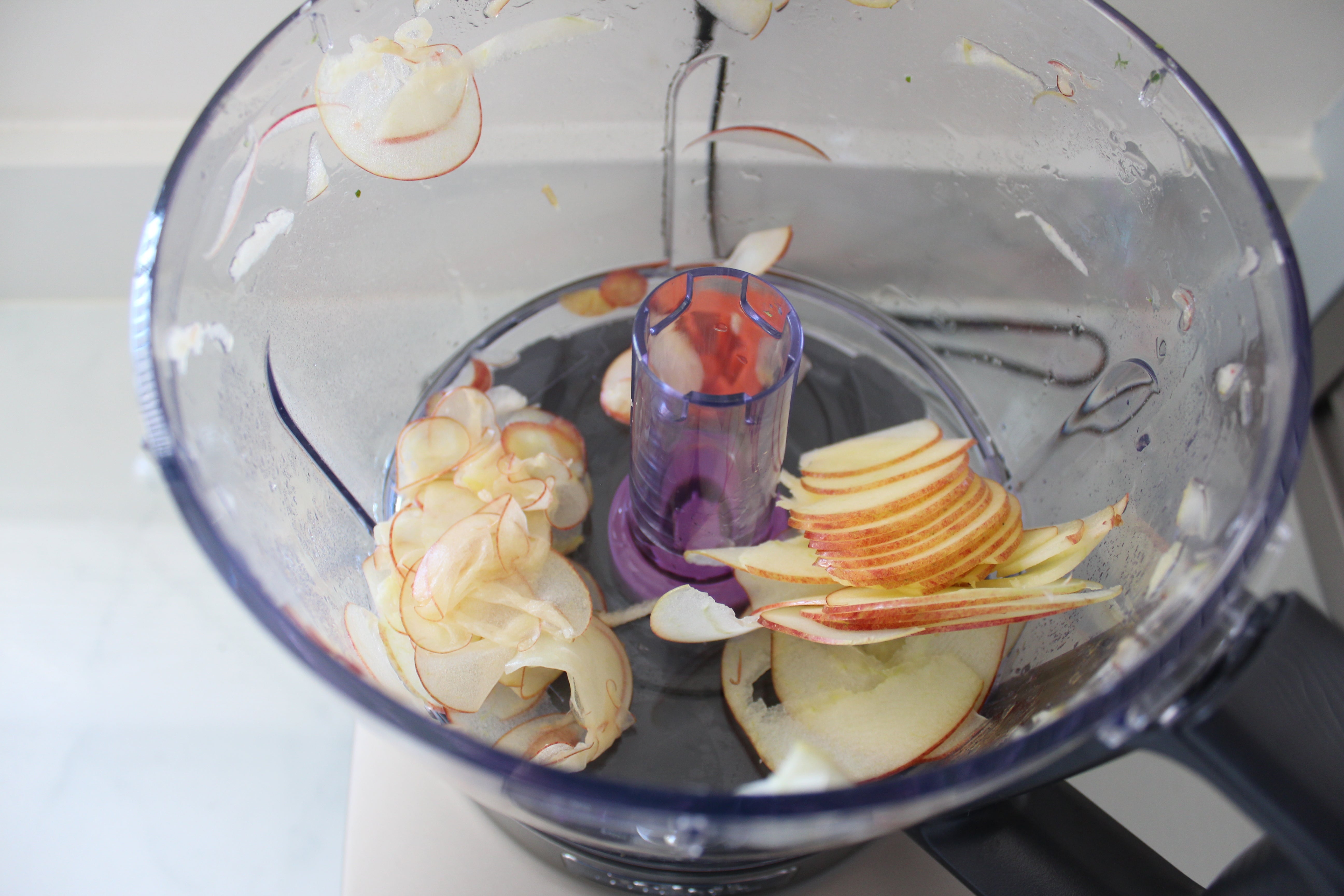 Moving on to the dough tool, I added the ingredients for a loaf of bread and set it on speed 2. Despite not being of the usual hook configuration, the tool combined the dough quickly. However, thereafter it spun the ball around the bowl rather than kick-starting a kneading action, so this had to be done by hand. It was also very noisy and shifted the machine on the worktop; the DoubleForce has only two rubber feet to keep it stable.

The bowl can accommodate up to six eggs, but it was unclear as to the number of egg whites. I tried the DoubleForce with three and the whisk attachment and left it to run for the recommended 10 minutes. Again, it was extremely noisy but effective – the whites were firm and fluffy, the volume filling the bowl entirely. 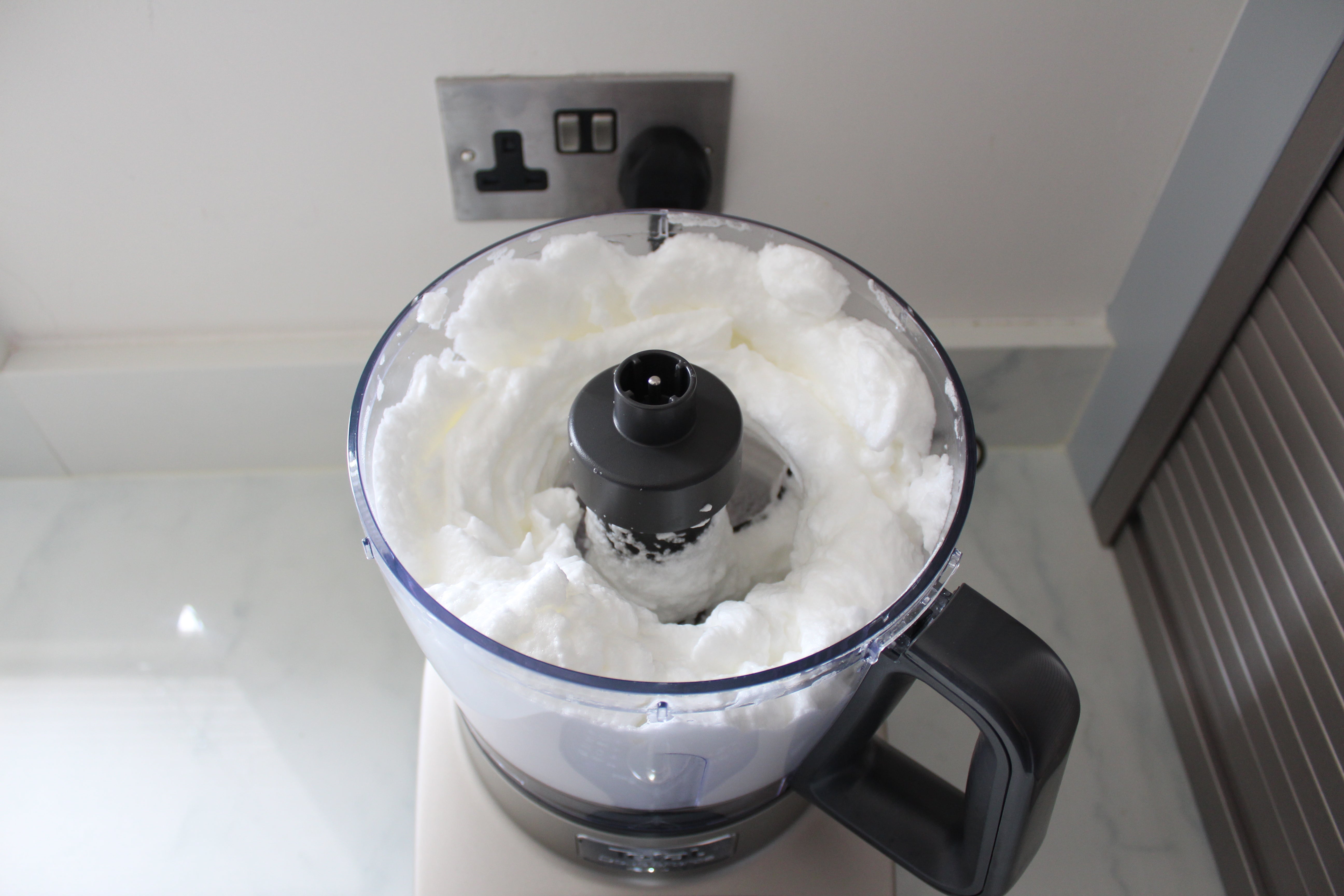 I then fitted the citrus juicer to juice orange halves on speed 1. Even at this speed, it was difficult to keep the halves steady on the reamer. Nevertheless, it produced half a glass of juice without any pips or pulp.

Finally, I used the blender to make a frozen fruit smoothie. The position of the blender’s wide handle made it difficult to view progress from the front as it mixed. The blender struggled to get through the fruit, even on speed 2 or pulse. More liquid enabled it to combine the drink properly, but inevitably the smoothie was thinner than desired. All the parts of the food processor were dishwasher-safe, but also simple to wash by hand. 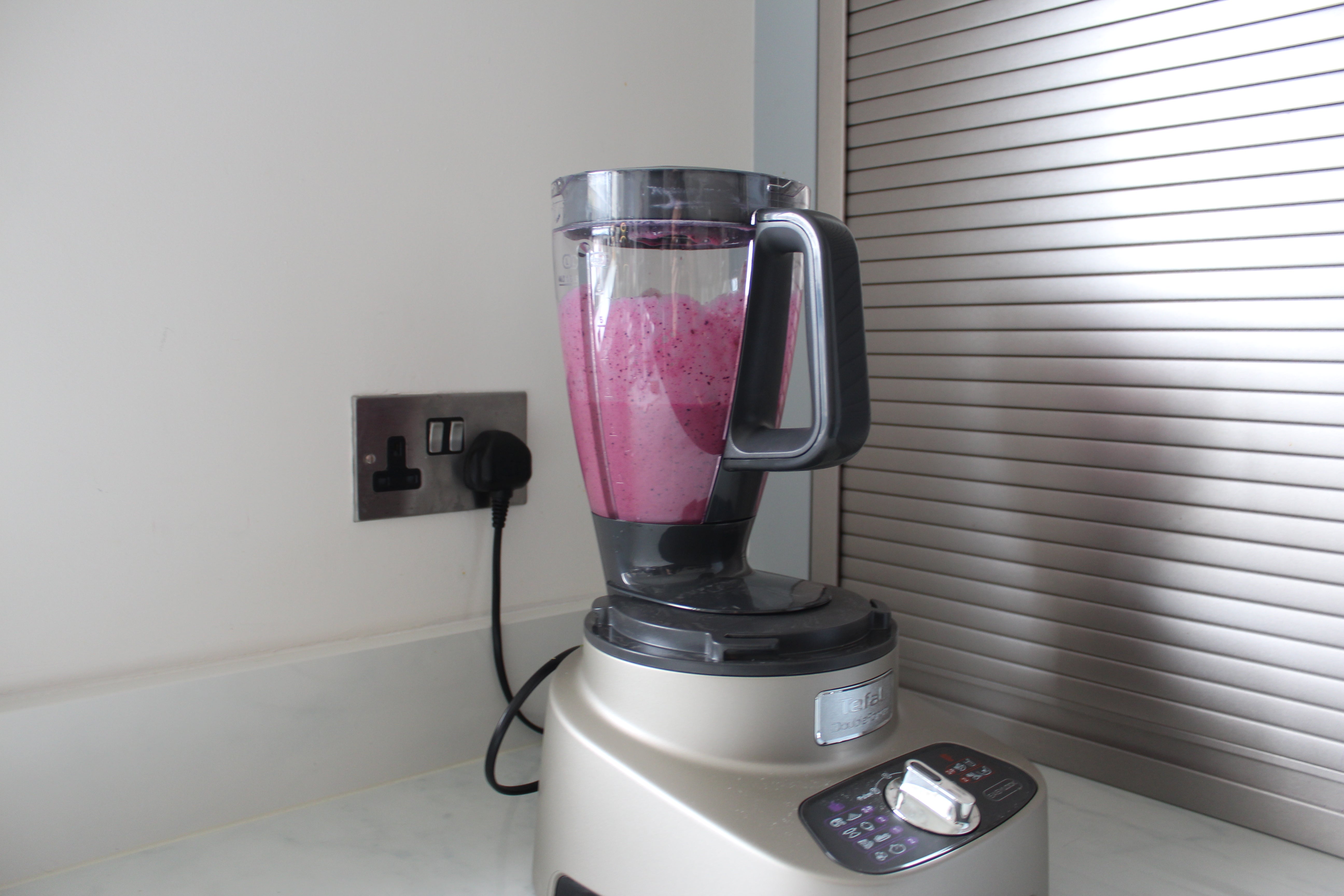 If you’re looking for your first food processor, the DoubleForce Pro probably isn’t the right option. While it packs plenty in for the price, and has thoughtful design features, it lacks sufficient guidance.

However, it’s a much better fit for those who cook from scratch and will get the most out of its attachments and versatility. Similarly, the blender is a bonus – but it doesn’t offer as much capacity as other models, so if you’re expecting it to handle every smoothie need, a roomy standalone might be a more suitable choice.

A great-value processor for keen cooks, but it could be more user-friendly.