What is the Tefal Cook4Me?

The Tefal Cook4Me –exclusive to Lakeland at the time of writing – is a high-speed, hi-tech multi cooker with 50 built-in recipes. It cooks them faster than a conventional multi cooker because it’s a pressure cooker.

You can also brown ingredients, reheat meals and keep food warm in it. But its main purpose is to create fresh, home-cooked meals simply and quickly. 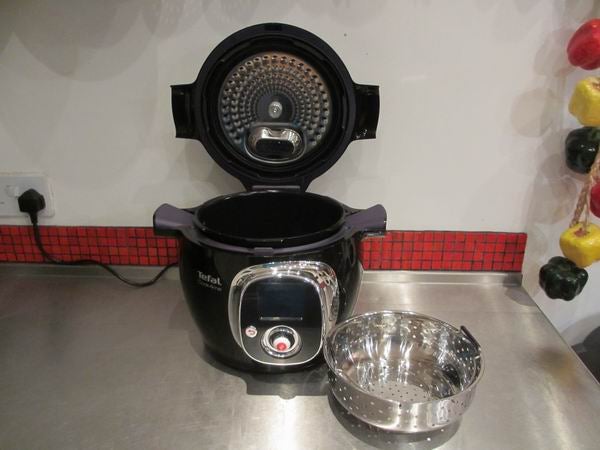 This is a big multi cooker with a design a bit different from the usual rice cooker style appliances. Reason being that its main trick is pressure cooking. So rather than having a simple, removable lid it has a chunky lid with a knob you turn to seal it shut for the pressure to build up.

Its other main feature is the built-in recipes. There are 50 of them, everything from houmous to risotto to crème brûlée. The colour display tells you what to add and when, talking you through the recipes. 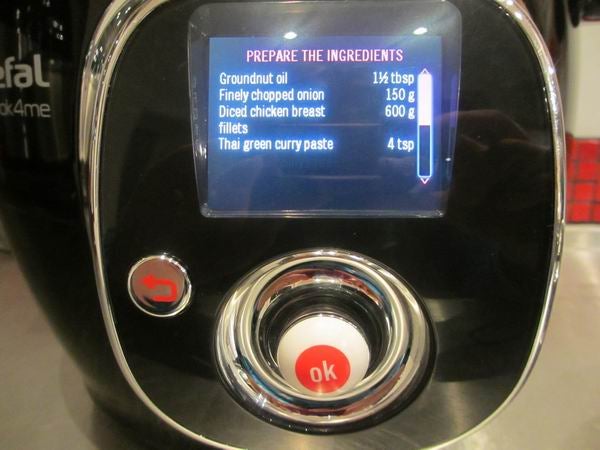 The recipes have been picked for simplicity. Each has a maximum of six ingredients. And more than 30 of them take 30 minutes or less. You can choose how many portions, up to a maximum of 6.

The Tefal doesn’t have a touch screen, but controls are very simple: one big knob for selecting from menus that you push to click ‘OK’, plus a ‘back’ button.

The bowl is non-stick with a ceramic coating and has cool-touch handles. And both the cooking pot and the steam basket are dishwasher safe.

The machine doesn’t offer slow cooking. Instead it can be programmed with a timer delay to start cooking up to 15 hours later, so it is possible to prepare supper before you leave for work in the morning. (Note that this isn’t recommended for recipes that include meat, fish, eggs or dairy, for food hygiene reasons.) It also keeps food warm for up to 90 minutes after cooking. 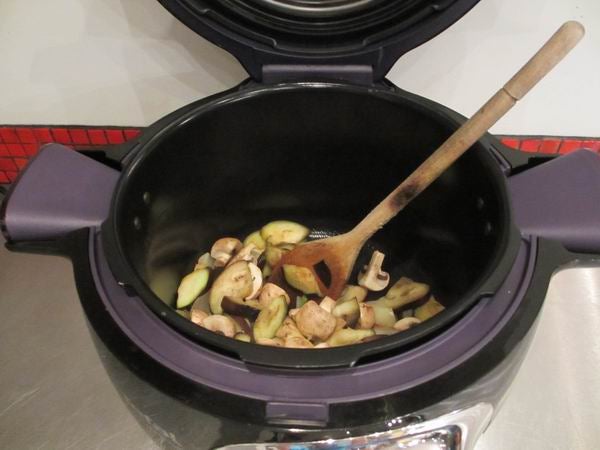 The Tefal looks unusual: quite chunky and slightly intimidating, with the big knob at the top that you use to lock and unlock the lid. But the minute you switch it on, the display makes everything simple.

You can name a specific ingredient, tell the Tefal its weight and it will cook it for you, like an obedient sous chef. But the stars of the show are its 50 built-in recipes. We chose the green Thai chicken recipe for four people, although we did a vegetarian version.

You select the recipe on screen and pick the number of portions, then get the ingredients ready – unfortunately the ingredients and quantities aren’t displayed on screen, you’ll need to look at the accompanying recipe book.

When you’re ready, the Tefal heats up and talks you through the cooking one step at a time. On screen it tells you to brown the chicken and onions for 3 minutes, yet it doesn’t offer a timer to assist with that. Again this is a missed opportunity – the machine really should be more intelligent than this. In fact, you should be able to upload your own recipes to it, link it to an app and more. 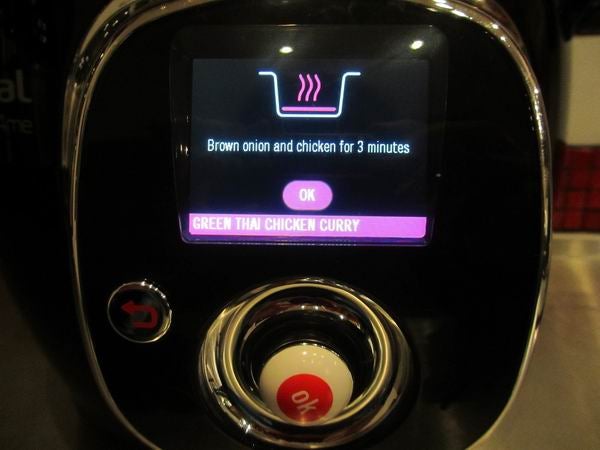 On the plus side, we found that it was perfectly possible to change up the recipe – replacing the chicken with aubergines, mushrooms and red peppers.

Next comes the real magic: when you’re done browning, you add the remaining ingredients and lock the lid… and then it pressure cooks the food in record time. Our Thai curry took just 4 minutes of pressure cooking. At the end, the cooker lets off a tremendous jet of steam before you can safely open it.

The results were a mixed bag. The speed was impressive. Aubergines take a lot of cooking if you want a proper, melt-in-the-mouth texture, so we were cynical until we tried them. But yes, they were cooked beautifully in 4 minutes.

But on the flip side, the curry’s complex flavours didn’t come through all the ingredients as much as you’d hope for. Our suspicion: cooking the dish so quickly means there’s not enough time for the flavours to mingle and get absorbed. 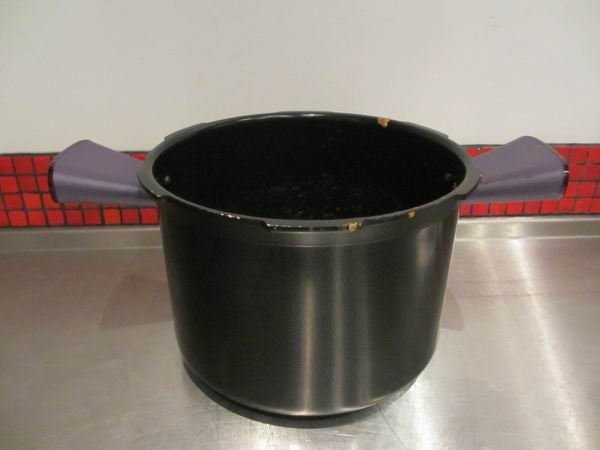 Serving to the table was slightly disappointing as there’s no lid and our guests thought the cooking pot’s large metal handles looked “jug eared”. But you can unplug the mains cable from the appliance and bring the whole thing to the table. The non-stick pot was, unsurprisingly, easy to clean.

We note that the Tefal can also cook rice, steam veggies and more. But one of the downsides of a multi cooker is that you can’t do everything at the same time – so Thai curry and rice wasn’t an option. 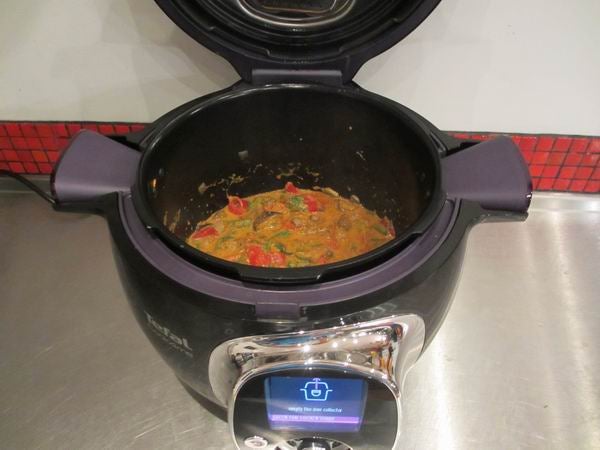 Should I buy the Tefal Cook4Me?

Maybe. It’s very expensive and not worth the money for most people. But if you’re not a confident cook and you live on a diet of ready meals, the Tefal presents an alternative: it can help you turn out quick meals that are much healthier and more affordable. Compared with the cost of ready meals, it would pay for itself. But so would a saucepan or a more affordable multi cooker.

You can prepare meals hours in advance, so it is good for time-poor families. But – and it’s a big but – you still have to do the work. You do the chopping and the stirring. The Tefal doesn’t actually save you much effort. So consider saving money and buying the Tefal RK302E15 8 in 1 Multi Cooker or Sage Risotto Plus instead.

The expensive Tefal promises easy, quick cooking. It is fast, but it’s not intelligent enough.