Well-built and with plenty of capacity, the Tefal All-in-One Electric Pressure Cooker is a great multi-function cooker, but the lack of helpful instructions make it a better product for those with experience of such devices.

What is the Tefal All-in-One Electric Pressure Cooker?

Quicker than waiting for a takeaway and healthier, the Tefal All-in-One Electric Pressure Cooker doesn’t just provide delicious dinners, but breakfast and baby food too. Like many, it offers speedy pressure-cooking and flavourful slow cooking alongside sautéing and steaming, but in a smarter, more convenient package. So, while there’s a delay start, rather than a typical 12 hours, it’ll give you 24 – effectively allowing you to start tomorrow night’s dinner while you’re cooking tonight’s. Instead of a solo fiddly valve, there’s also a sleek button for releasing steam, and programmes to ensure you can create a range of dishes with minimal effort. Plus there’s enough capacity to feed a family of six or batch cook.

Multicookers tend not to be the most attractive appliances, but Tefal has worked hard to make one that’s more aesthetically appealing with gently curved lines, and a neat metallic safety valve. The control panel is still busy, with multiple buttons but its countdown display is large and clear. Rather than separate, the lid is attached to the cooker by a hinge, putting an end to the puddles of water that pressure cooker lids leave behind. Inside, you’ll find a non-stick pot with a coating that feels more durable than most, plus accessories for steaming.

One of the multicooker’s main draws is its ‘25 programmes’ – but some of these are combinations. So there are seven functions: pressure cook, slow cook, steam, brown, simmer, reheat and bake, coupled with 11 programme buttons: rice, oatmeal, baby food, DIY (for manual cooking), stew/soup, vegetables, fish, meat, high, medium and low, that make up the 25.

All-in-One Electric Pressure Cooker – What’s it like to use?

Getting to know the scope of multicooker functions is a challenge without recipes, so it was great that the Electric Pressure Cooker came with a separate booklet. However, the recipes are mostly in cups rather than metric, and although there’s a conversion guide, this complicates cooking.

I started by slow cooking a stew. I added all the ingredients to the pot – chicken, vegetables and stock – and then closed the lid and the steam valve. 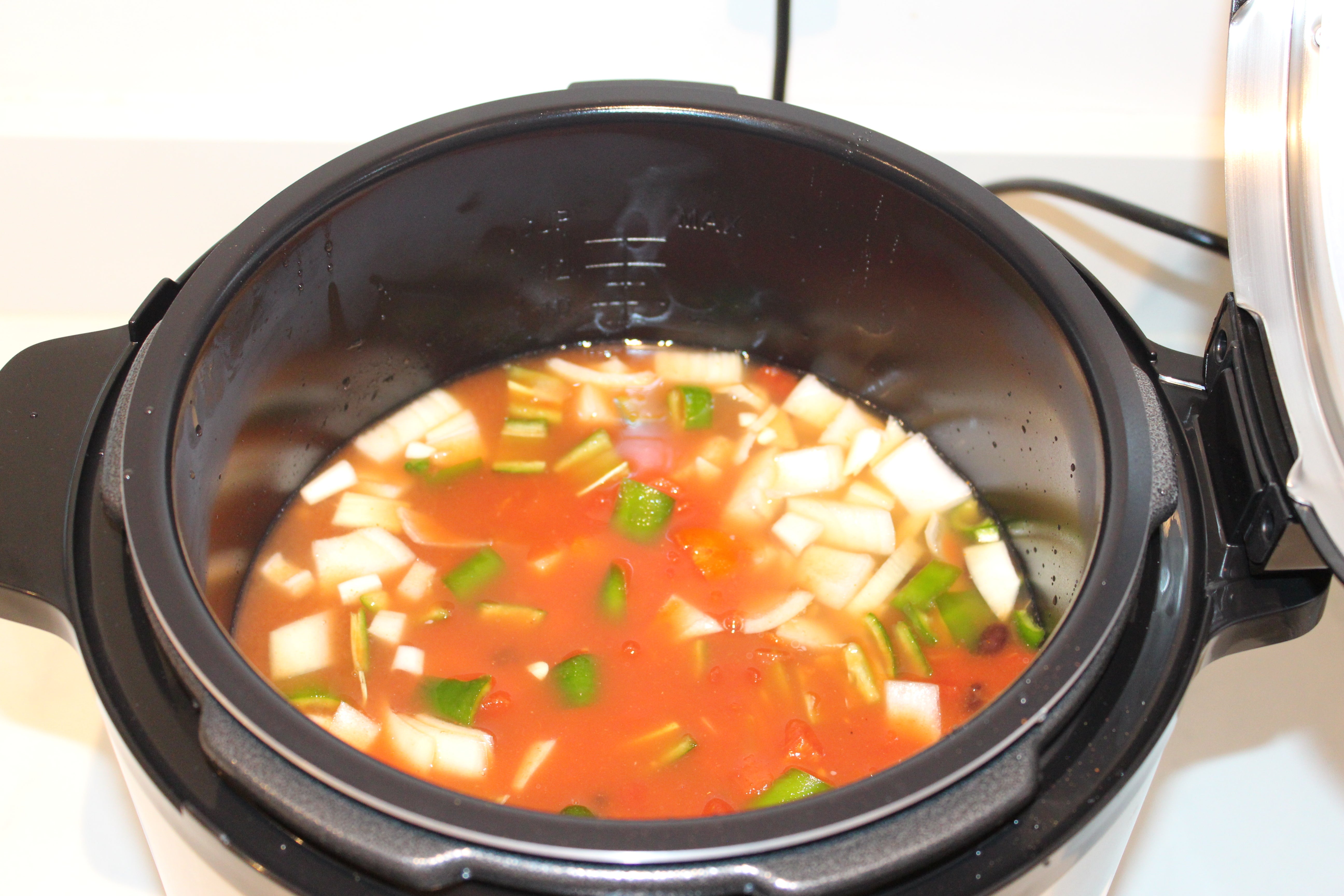 I chose the Slow Cook programme for two hours. However, the cooker took around 15 minutes to heat up before starting to count down, a delay I wasn’t aware had to be factored in. Knowing approx. preheat times for programmes would be useful in meal planning. 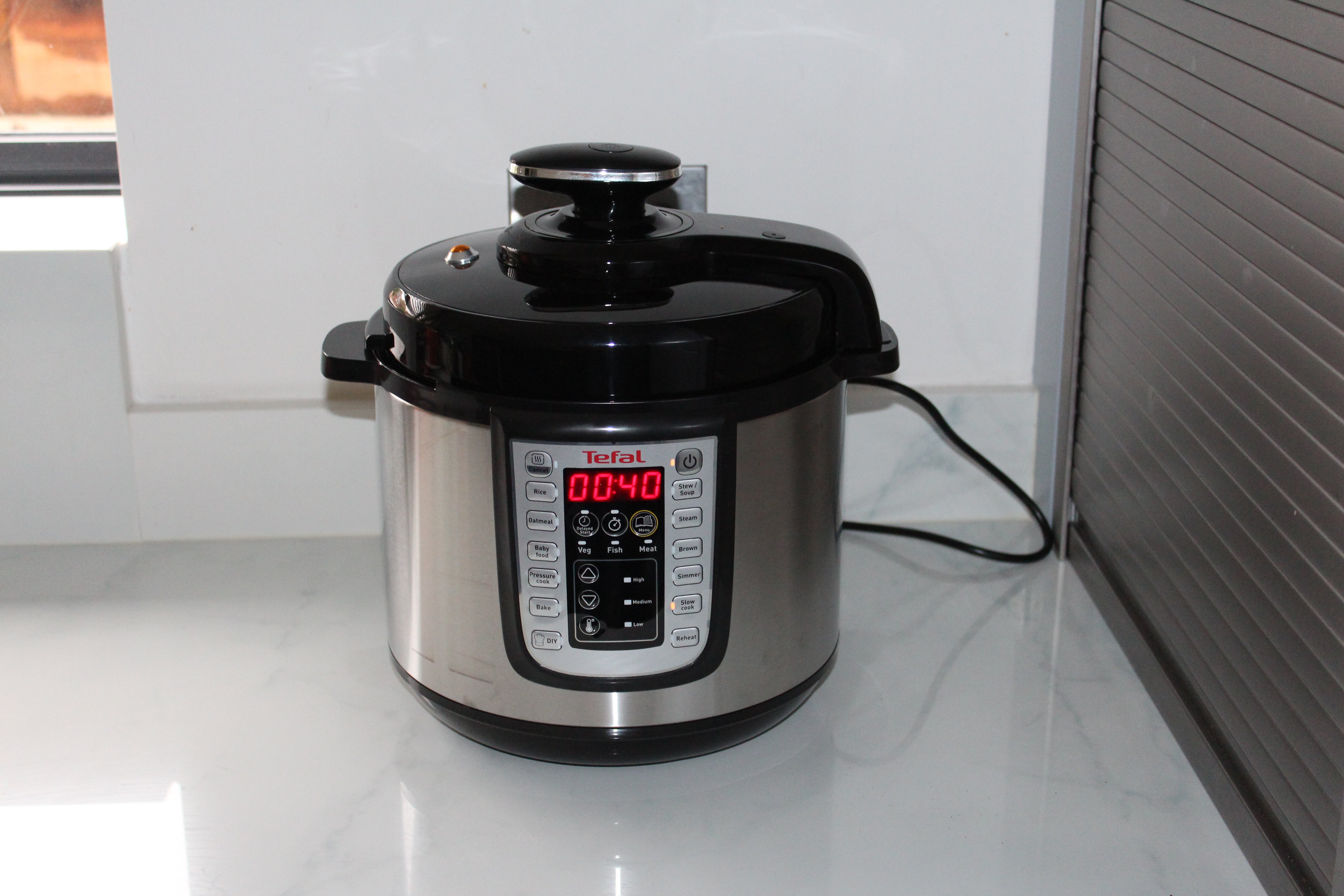 After the time had elapsed, I removed the chicken to shred it before replacing and setting on the Simmer / Meat programme for a further 15 minutes with the lid down. As the stew was watery, it would have been useful to be able to keep this open to reduce the sauce but that wasn’t an option. I also had to remove the steam before opening the lid by pressing the button. This took several minutes. The finished stew was sufficiently cooked but more like a soup due to the lack of evaporation. Next, I made a pressure cooked recipe, first using the Brown setting to sauté mushrooms with the lid open. The spoon included with the cooker didn’t have a long enough handle to be useful for this task, however, after 10 minutes they were evenly browned. Adding beef and vegetables and closing the lid, I selected the Stew/Soup programme, Meat option for 35 minutes and closed the lid. 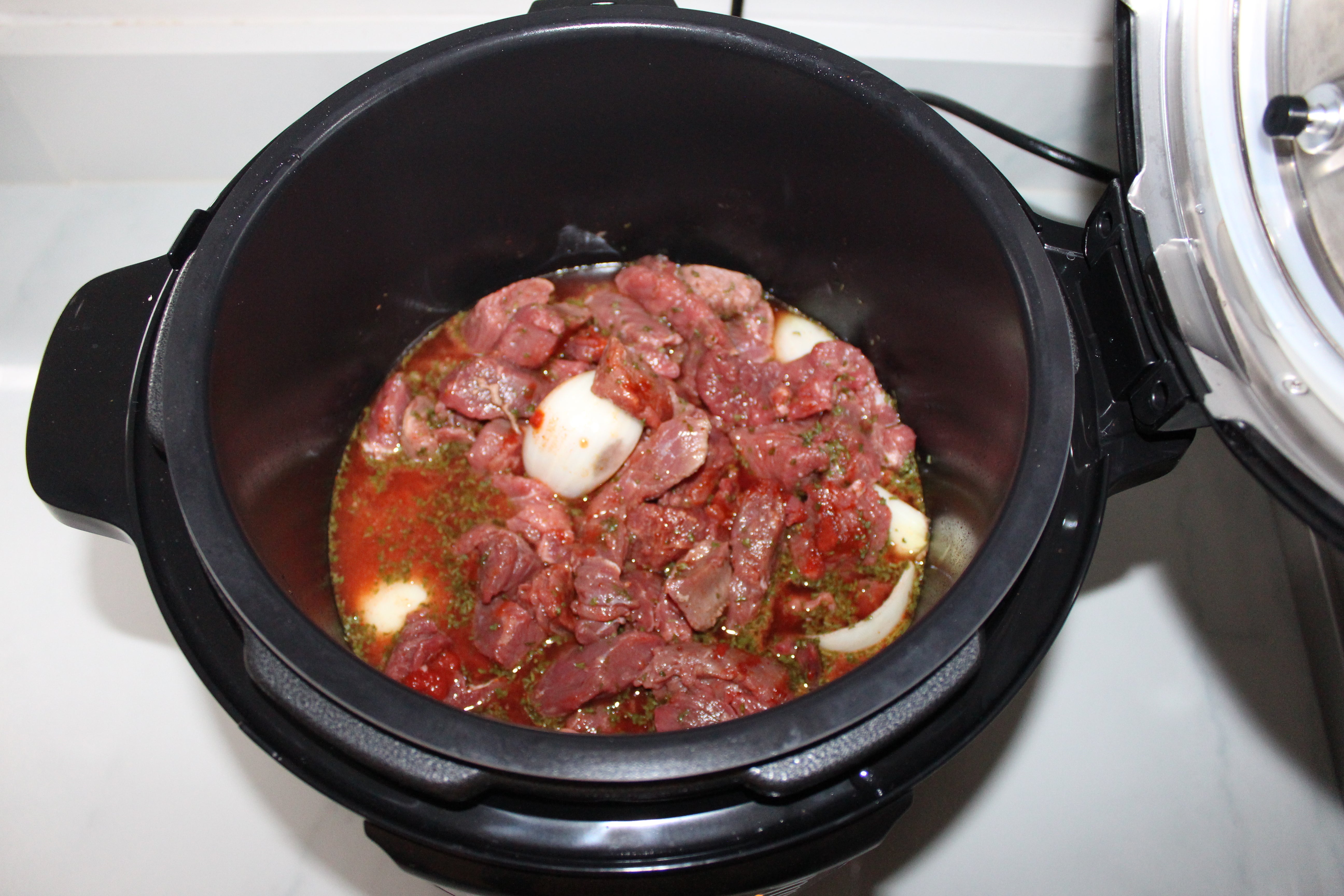 It took around 10 minutes for the cooker to reach pressure and start to count down. Unusually, even though the valve was closed, some steam was still emitted. It took a while for the pressure to be released after cooking.

Adding the remaining ingredients, I used the Simmer programme for one minute. This time, it was quick to heat up and release the steam after cooking. There was a lot of condensation that sat around the top of the cooker (meaning the lid would have left wet rings on the worktop if it hadn’t been attached) but this didn’t run into the condensation collector as expected.

As the cooker can bake, I used it to make an Apple and Yogurt cake. Lining the pot with parchment and adding cubes of apple, I poured in the mixture and closed the lid without locking. I set it on the Bake programme for 40 minutes, which heated up in three minutes. At the end, the cake was cooked but pale on top, and browned on the base and sides. It was dry and unpalatable, with little time saved on not baking in the oven. Finally, I put the steamer basket and trivet in the pot with a small amount of water and used it to cook broccoli using the Steam and Veg settings. There was no guide as to how long to steam different foods and quantities other than the default times. I increased this to four minutes from three as I was steaming a large amount. It took eight minutes to heat up, twice as long as the actual cooking time. The steamed broccoli was tender and not overcooked. 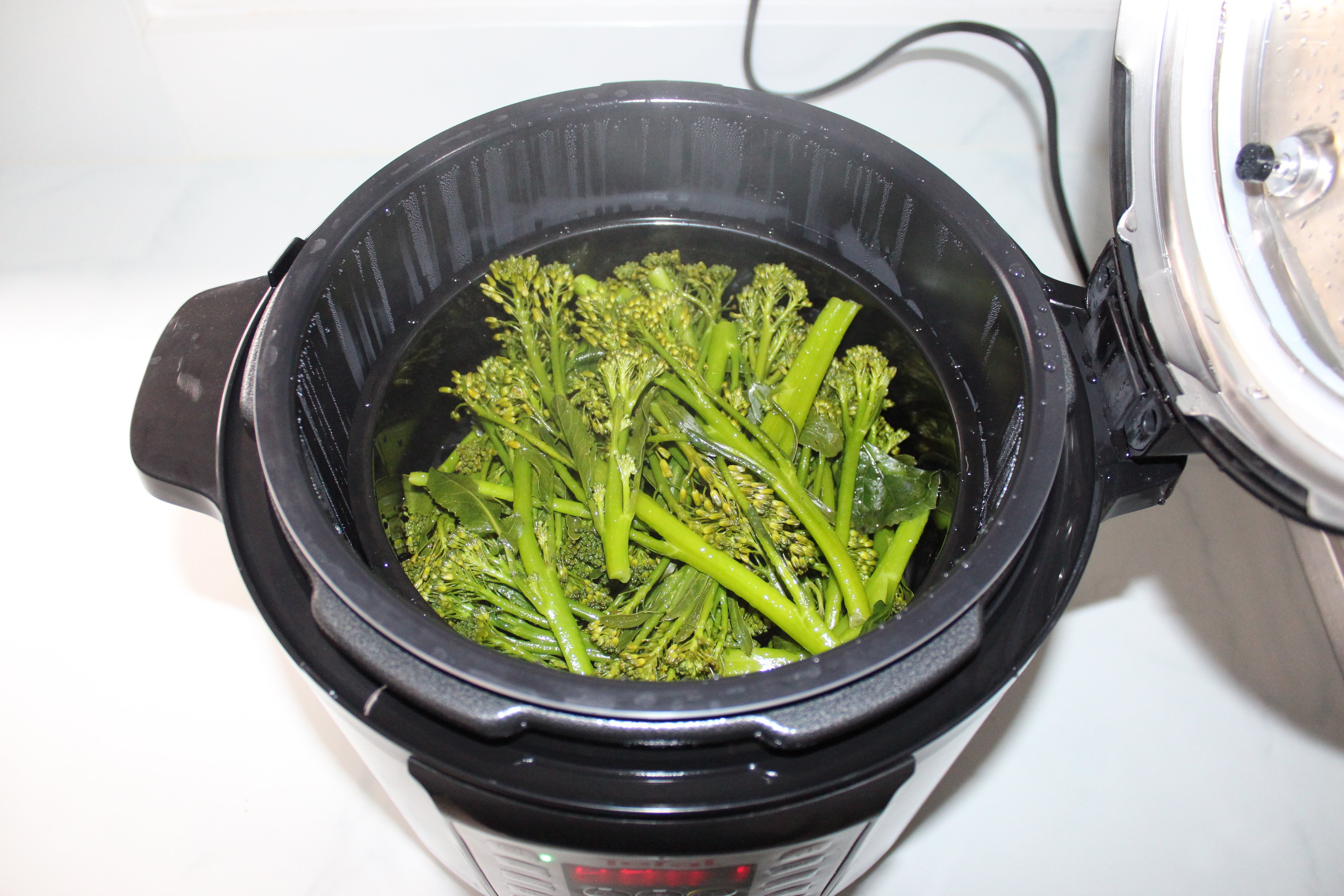 Both the accessories and pot are dishwasher-safe, though cleaning them by hand was also simple.

The pressure cooker itself is packed with useful functions and carries out its tasks well but is lacking in guidance and straightforward recipes. This means it’d be better as a replacement for someone familiar with this type of appliance and not put off by the occasional dinner not turning out as planned. It’s a little pricier than equivalents but makes up for this with a larger capacity and better build quality. As a cooker that’s durably designed for family life, it’s head and shoulders above the rest, but you’ll need some multicooker experience to get the most from it.