What is the Ted Baker Fastnet?

The Ted Baker Fastnet is the British luxury clothing company’s first Bluetooth speaker. It’s part of a trio of audio goodies designed by Ted Baker, landing alongside the Rockall headphones, and the Dover in-ears.

It’s clear from the off that Ted Baker has taken its time with the Fastnet’s design, but that’s to be expected from a fashion house. Its showy, refined body is ideal for plonking down on your living room sideboard.

The real question is whether the Ted Baker Fastnet can match the impressive aesthetics with solid audio. And is it really worth the £200 sticker? Read on to find out. 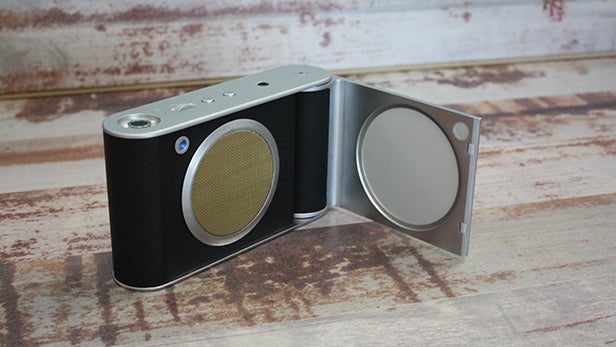 As we said, the Ted Baker Fastnet looks gorgeous. That’s mostly down to the body, built entirely from metal and leather, as well as the ritzy gold-hued speaker grille.

The Fastnet looks like a classic camera at a glance. It’s a similar size and weight to a DSLR too, so it’s portable enough. Ted Baker took a swing at a retro British feel, and it’s paid off.

The leather bodice comes in four colours – white, nude pink, tan, and black. We’re using the black version, which we think looks great in every room of the house. 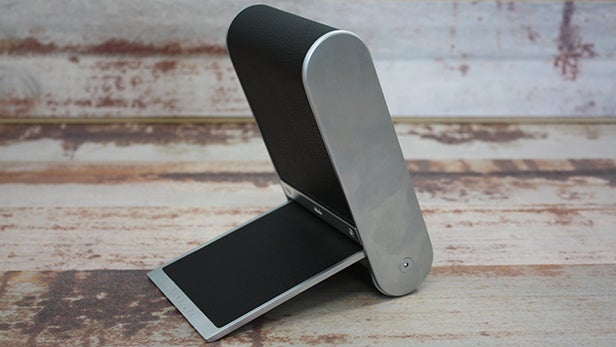 A flip-over cover protects the speaker grille when not in use – great for dumping in your bag. It can also be used for support to stand the Fastnet in a vertical position. That makes it look more impressive than simply standing it on its side.

An LED near the grille lets you know when the device is powered up, charging, and fully charged.

The buttons are big and easy to prod. The power clicker is positioned as though it were a camera’s shutter button, and has a stylish leather core.

There are also Bluetooth pairing and mute buttons, a volume scroll wheel, and a small microphone hole that’s used for speakerphone calling.

Don’t forget the 3.5mm audio jack, which you can use to connect a smartphone if you don’t want to rely on the Bluetooth for your audio. There’s no cable supplied, however, which is a shame. 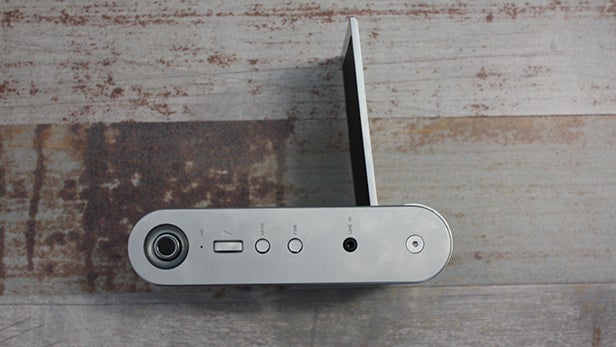 The Ted Baker Fastnet charges via Micro USB. Relying on swappable batteries can be useful at festivals, but it’s also costly in the long run. Micro USB charging is cheaper overall, and it’s a common connection standard – most of your mates will have a Micro USB cable at their house. It does mean you’ll have to rely on a mains outlet, or a USB-powered device to charge however.

Ted Baker claims the Fastnet manages six hours of audio playback. We hit that mark just about, while playing music at medium to high volume. Even so, six hours isn’t spectacular for a modern Bluetooth speaker, but it will do for a picnic at least. At home, you’ll want to just keep it plugged in all the time. 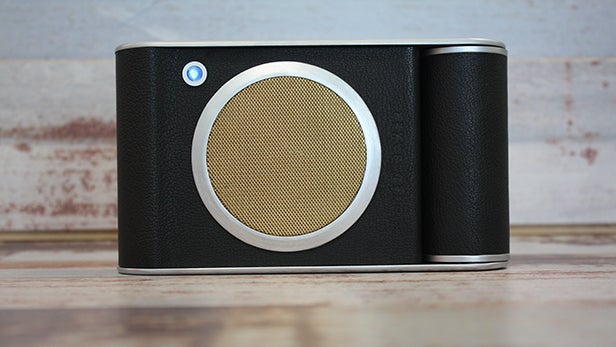 Compared to low-end Bluetooth speakers, the Fastnet just sounds OK. Playback is clear, there’s a good range of audio, and treble and bass reproduction is accurate from the single, full-range 5cm driver. But this is a £200 speaker, which should outperform bottom-tier rivals by a country mile.

Moreover, at high volume, some mild distortion sets in. The maximum volume setting isn’t great either, so audio is difficult to hear when you drop down the volume to reduce fuzziness. There’s a distinct lack of depth to music, and the Fastnet often sounds like a hollow can.

At its price, audio should be rich, deep, clear, and impressive at high volume. The Ted Baker Fastnet doesn’t succeed. Its audio is akin to Bluetooth speaker rival the Otone Blufiniti, but that’s a quarter of the price. A Sonos Play:1 is closer to the mark at £169. But Sonos’ entry-level wireless player runs rings around the Fastnet. You’re paying a hefty premium for the Fastnet, but the audio tech offers poor value. 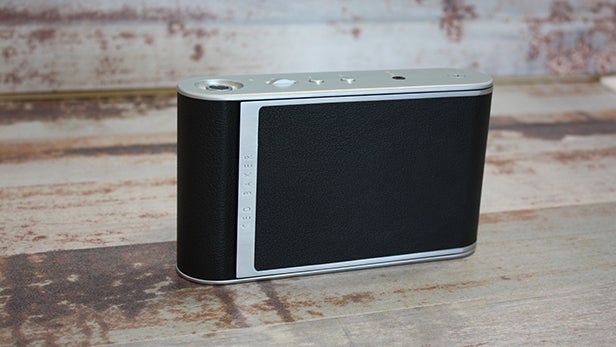 Should I buy the Ted Baker Fastnet?

The Ted Baker Fastnet is exactly what you’d expect from a fashion house that decides to start peddling speakers.

It looks great – this thing is supremely stylish, and will look good in your living room or set down outside a tent.

But while design is great, the sound quality and battery life aren’t nearly good enough to justify the price. Audiophiles cannot live on design alone.

If you’re looking to get a new shelf-top speaker for your house, get the vastly superior Sonos Play:1 and save yourself £30.

If you want a portable speaker that has solid sound and respectable battery life, instead consider the Sony SRS-X5 at £120.

The Ted Baker Fastnet is stunning to look at, but we can’t recommend paying £200 for frankly unimpressive sound.