The last time we crossed paths with German brand Technisat was in our review of its HDFS Freesat HD receiver, one of the only models with the talent to topple Humax’s FOXSAT-HD. But now Technisat has turned its attention to the nascent Freeview HD market with the HDFV, which once again finds itself squaring up to a wide range of other great-value boxes, all of which deliver free hi-def pictures through a rooftop aerial. So how will the HDFV earn your hard-earned cash? Let’s find out…

Looks-wise, the HDFV boasts a slim metal casing, a minimal, reflective fascia and an eye-catching silver ring of controls on the left-hand side. These are direction keys for controlling menus, with an OK button placed in the middle. There’s also an LED display in the middle that shows the number of the selected channel while a flap on the right hides what looks like a smartcard slot, but it’s actually redundant – Common Interface and smartcard slots are found on the German variant, but they aren’t used here.


On the back is a useful array of sockets, including an HDMI v1.3 output, an RGB-capable SCART, coaxial digital, composite video and analogue stereo outputs, RF input/loop and a USB port. The latter opens up a wealth of extra features – you can play music, video and photos from USB storage devices, plug in Technisat’s optional Wi-Fi adapter for wireless networking or plug in a USB stick and turn the HDFV into a PVR.

Aside from Freeview HD, these are the HDFV’s major selling points. With Technisat’s WLAN adapter attached, you can access content on networked PCs and NAS drives wirelessly (with support for uPNP and CIFS devices) as well as future IPTV services like BBC iPlayer. Disappointingly, file support is limited, with a list that only includes MPEG, MP3, JPEG and VOB.


If you don’t have a wireless router (or don’t fancy paying £30 for the adapter) then there’s an Ethernet port on the back too. We weren’t supplied with a dongle so had to use Ethernet for testing.


You can also record Freeview programmes in SD or HD onto a suitable USB storage device, which is much cheaper than forking out for a proper Freeview HD PVR like Humax’s recently launched recorder. There’s a timer function on board, which can be set from the EPG by hitting the red button. You can use this to record a programme, to switch over to a certain programme or as a ‘wake-up timer’.

As well as recording programmes, you can pause and rewind live TV using a helpful timeline at the bottom of the screen. When you stop and return to live TV, the unit asks if you want to store or discard what’s in the memory. Recordings are stored as TS files that can be exported to PCs and other devices, but on the downside, the single tuner stops you from changing channels when recording, which is hugely limiting.


A bigger problem is the inclusion of only one USB port, which means you can’t have PVR and Wi-Fi functionality at the same time. This will no doubt frustrate tech-savvy users who will probably want access to both at all times. 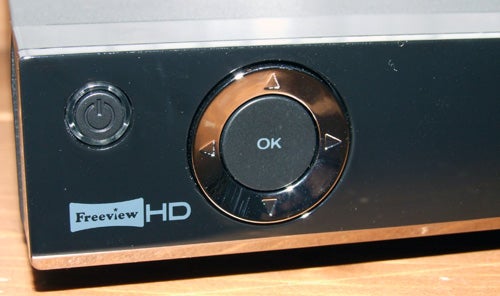 Elsewhere, the unit will upscale SD channels to 720p, 1080i and 1080p, but there’s an Auto mode that will select the most appropriate resolution for your TV. It supports all the other features you’d expect, such as subtitles, Audio Description and MHEG-5 support, and it’s also compatible with Dolby Digital, Dolby Digital Plus and the HE-AAC codec currently used by Freeview HD. It won’t currently transcode HE-ACC to Dolby Digital but Technisat says the next software update will add that feature.


Fire it up and your starting point is a welcome screen that runs through key settings, including preferred AV connections, aspect ratio and auto tuning, the latter taking no more than a couple of minutes. This is a great way of easing digital TV newcomers in gently, and making sure everything is set correctly.


The next thing we saw was notification of a network service update scheduled for January 1st 2013 – talk about forward planning. 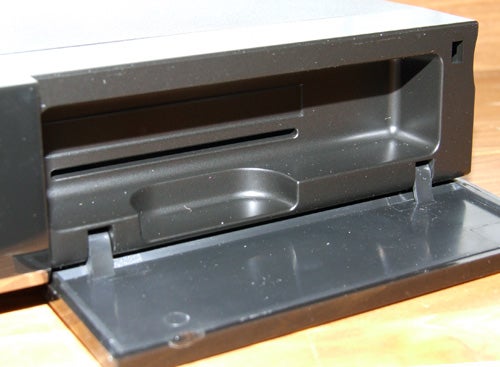 The onscreen menus are a bit old fashioned and gaudy, splashed in primary colours and ugly fonts. But looks aside it’s very good – the menu cursors are responsive, submenus are logically sequenced and the text is always legible.


The eight-day EPG is well presented too. The main programme grid fills the whole screen, which not only makes the text inside each ‘block’ easy to read but also allows 10 channels to be shown at once. The black, white and grey palette sounds dull but is rather striking, and a row of colour-coded options at the bottom let you navigate with ease. The Guide menu lets you look for a particular programme with a virtual keyboard, or search by genre. It doesn’t play live TV as you browse, but plays the sound in the background.


Disappointingly, you can’t use the onscreen banner to search through the schedules – it only supports now and next information. But it’s an attractive-looking display, using a white/grey colour scheme, clearly legible text and stylised icons. It provides a synopsis about the programme being shown, and when you press it again it moves on to the upcoming programme.

The Media Organiser is slightly more confusing. It shows lists for two external devices at once – your laptop’s content on the left and USB content on the right, for example. You can select which device is shown on each side using the red and green keys. USB recordings are presented in a list with the programme names taken from the EPG.


We initially had some difficulties accessing files on our networked PC, but got there in the end. The HDFV uses CIFS to connect to PCs running XP or Vista, but they need to have been set up for public access with a password in place. PCs running Windows 7 can only be connected using uPnP, which can be activated in Windows Media Center. 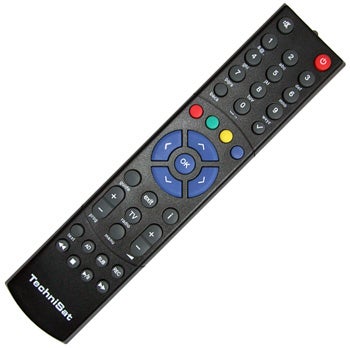 If you want to use the PVR functionality, it’s worth connecting your USB stick and running the ‘DVR Suitability Test’ located in the Recording Media Organiser menu. We tried one with an insufficient writing speed and performance was glitchy, but with the right type of device connected, it records and plays live TV with no problems at all.


To view your recordings, you need to visit the Nav menu, which can be accessed by pressing the blue button (but that’s not made clear on the remote itself). The list of recordings is easy to follow and gives all the relevant detail about each recording. What’s more, picture quality is excellent, looking as crisp and colourful as the original broadcast.

Live TV pictures are excellent, particularly hi-def channels viewed on a 1080p TV. Coverage of The Open golf from St Andrews on BBC HD looks immaculate – the sharply-dressed golfers, finely-textured sandy bunkers and billowing grass are all presented with intense sharpness, plus the radiant, natural colour reproduction is to be applauded. Thanks to the wonders of hi-def you can finally see the ball travelling through the air.


Standard definition channels suffer by comparison from block noise and soft detail reproduction, but it’s no worse than any other Freeview HD box we’ve seen recently. Audio is consistently clear through the HDMI and coaxial outputs.


The Technisat HDFV is undoubtedly one of the best Freeview HD boxes on the market, by virtue of its generous feature list. The inclusion of network media streaming, USB media playback, PVR functionality and optional Wi-Fi support puts it head and shoulders above the competition – even the Humax HD FOX-T2 and Icecrypt T2200. The best part is that all this extra functionality comes at no extra cost, as its £150 price tag matches most of its rivals.


Our only complaints are that some parts of the operating system are clunky and confusing, and a second USB port would have solved a big connectivity clash, but otherwise this is a terrific Freeview HD debut from Technisat.