The fact that the 23-231BR is a bit outside the typical budget scheme of things becomes glaringly obvious the moment you take it out of its fancy, gloss-finished box. For as you can see from the photos accompanying the review, the 23-231BR is a bit red. Actually, it’s a lot red, with bold, glossy red panels plastered right across its top and bottom edges, offset by boldly contrasting black strips down each side. A shrinking violet this TV most certainly is not. 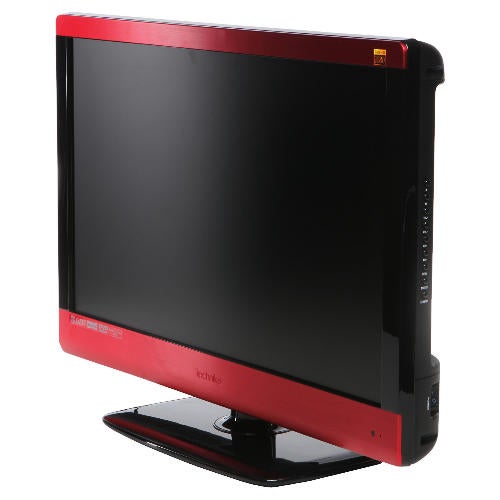 Which is, of course, precisely its point. For it’s clearly targeted at the second room market, especially a study or teen’s bedroom, where an injection of colour tends to be much more sought after than it is with people’s main living room TVs. In fact, you can also get the 23-231 in blue, titanium and black variations if any of those suit your tastes more.


The 23-231BR’s surprises don’t end with its brash colour scheme, though. For turning our attention to the set’s rear quickly reveals that it also has a DVD slot tucked into its rear right hand side – certainly not something we’d expect to see for £200. 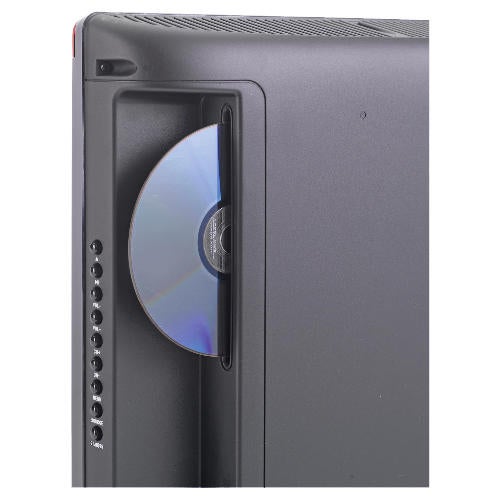 And there’s more. The 23-231BR carries some surprising multimedia functionality in the form of USB recording. Pop a formatted USB stick or HDD into the TV’s USB port and you’ll be able to record anything you like from the built-in Freeview tuner in the same quality it was first broadcast in.


Despite already being more generous than we’d expected, the 23-231BR even goes so far as to throw a 4GB USB stick in with the TV! Just bear in mind that the set only has one tuner, though, so you can only record the channel you’ve got the TV tuned to.


The USB port can also be used to play multimedia files already held on a USB stick – and the playback flexibility even includes video files as well as the more common music and photo options.


As if all this wasn’t enough, the 23-231BR carries a D-Sub PC port, meaning it can double up as a computer monitor and thus make its £200 price tag look even more tantalising.

The only disappointment where connectivity is concerned is that the set only provides a single HDMI when we might have hoped for two. But we’re not going to harp on about this too much given how much else has been thrown in for so little money.


The excellent first impressions – so long as red is your colour, anyway – start to slide a bit when you go about setting the TV up. For a start, its remote control is a depressingly drab, poorly laid out and over-buttoned affair that doesn’t always respond well to button presses. It also reminds us of one of those no-brand, non-specific replacement remote controls you often have to order if you lose or break the original remote from any TV that’s no longer available to buy. 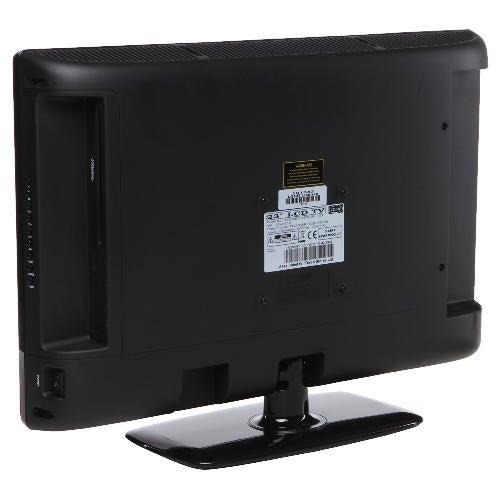 The quite attractive onscreen menus, meanwhile, fall into the classic small-screen TV trap of using text so small that it’s really difficult to read from more than three or four feet away from the screen. Perhaps it’s just as well, then, that straining our eyes to try and see what was on offer failed to turn up anything beyond the usual bog-standard TV options. When the most interesting thing you can find is a basic noise reduction system, you know it’s time to just skip the features and get straight into how the TV performs.


Probably the best word to describe its pictures is ‘functional’. For while they’re resolutely average in just about every way, they just about avoid slipping into below average territory and so arguably do enough within the context of the £200 price.


By far the biggest weakness of the 23-231BR’s pictures is their black level response. Using the factory preset options, there’s practically no sense of blackness at all during dark scenes. In fact, the screen seems to glow at you during dark scenes as it makes little or no attempt to suppress the backlight output in response to the darkness of the images being shown.


You can improve things if you step in and nudge the brightness down to around the 38-39 level, though don’t for a minute expect to end up with anything like the plausible black level response now found with increasing regularity on many other, usually more expensive small-screen TVs.


Going lower than the 38 setting, by the way, starts to crush out grievous amounts of shadow detail, and so isn’t a route we’d recommend you follow.

It doesn’t help our response to the 23-231BR’s contrast performance, either, that dark scenes reveal defined lines of backlight inconsistency around a cm or so thick appearing over the top and bottom edges of the picture.


As is usually the case where a TV struggles to produce a good contrast range, the 23-231BR also doesn’t deliver the best colour response. Skin tones tend to look a little plasticky and short of subtlety, even during HD viewing, thanks to a shortage of colour processing power, whereas tones tend to look a touch too yellow, with no obvious means of correcting them. The 23-231BR’s viewing angle is as limited as that of most LCD TVs, too. 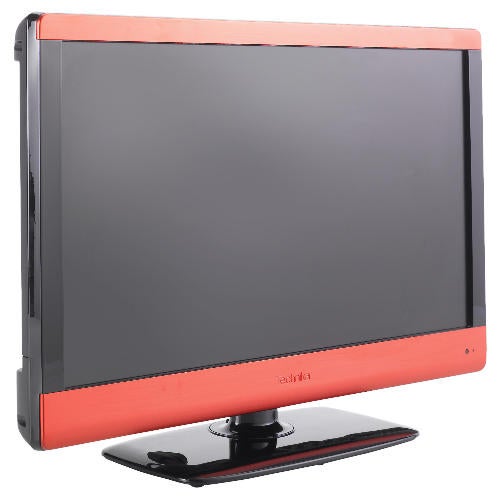 At which point we need to introduce a reality check and remind you that the 23-231BR does only cost £200 despite offering USB recording, a built-in DVD player and mutlimedia/PC playback. So picture perfection was never going to be on the cards.


And you know, when you get down to it, the 23-231BR’s pictures really aren’t that bad overall. Take a little care even with the relatively small amount of adjustments you’re provided with and you can end up with a picture that’s bright without looking flared; well saturated without looking gaudy; and surprisingly detailed and clean, even when there’s a lot of motion to handle. Even the colours aren’t that bad really, especially with a good quality DVD disc or Blu-ray feed. Neither the lack of blend subtlety nor yellow undertone noted earlier often stop you from engaging with the action, and at times colours actually look quite credible.


The DVD deck, incidentally, works absolutely fine. Sure, it’s basic. But it does the simple job of playing discs more than well enough to satisfy a 23in screen.


The 23-231BR is less impressive sonically. For even though the speaker section on the TV’s bottom edge gets rather more physical space than some rival small-screen TVs, the soundstage is still thin and artificial. Though to be fair, it’s not as awful as the headache-inducing harshness heard from so many other small TVs.


Yes, its pictures are pretty average and its sound even more so. But when you’re talking about a package that also delivers multimedia file playback from USB as well as USB recording, an eye-catching design and a built-in DVD player for just £200, even finding an average performance is enough to make the set an attractive second-room proposition.