There’s plenty of competition at this price point, but the Technics SL-1500C makes a convincing case for being vinyl deck you take home. It’s a confident, engaging listen, and a beautifully engineered product.

The SL-1500C is one of the more affordable turntables from iconic audio brand, Technics. Boasting a direct-drive motor and built-in phono amp, Technics has ambitions to deliver the sound of its premium decks at a less expensive price.

Anyone with even a passing interest in audio equipment wasn’t shocked, but were nevertheless mournful when Panasonic officially retired its iconic Technics brand in 2010. And the excitement those same people felt on the brand’s 2015 resurrection didn’t last long – the rebirth of Technics consisted of some fairly humdrum products that were wildly expensive by the company’s previous standards.

Even 2018’s SL-1000R turntable only partially redressed the balance. Yes, it was accomplished, but at £14k it was beyond reach. At least it indicated progress was being made.

And now there’s the SL-1500C. Technics has softened us up to the point that £899 for a record player feels like a bargain. In truth, it’s a lot of money to pay for a turntable, no matter how evocative the brand name it carries.

So is the SL-1500C just an exercise in nostalgia, for customers who are almost certainly old enough to know better? Or can it actually hold its head up in an area of the market where some authentically brilliant products compete?

Anyone old enough to vote will be familiar with what a Technics record player looks like – and that’s because they’ll have seen the Technics SL-1200/1210 (comfortably the world’s most famous turntable/s). As such, there’s nothing to surprise here.

Obviously, the SL-1500C isn’t an exact replica of the SL-1200 template, because it isn’t designed as a DJ deck. It’s design for simply playing records, without any interference. So there’s no pitch control, no target light, no stroboscope… But it does have the big on/off dial, the big stop/start button and the S-shaped tonearm that’s so evocative of any nightclub you’ve ever been in. 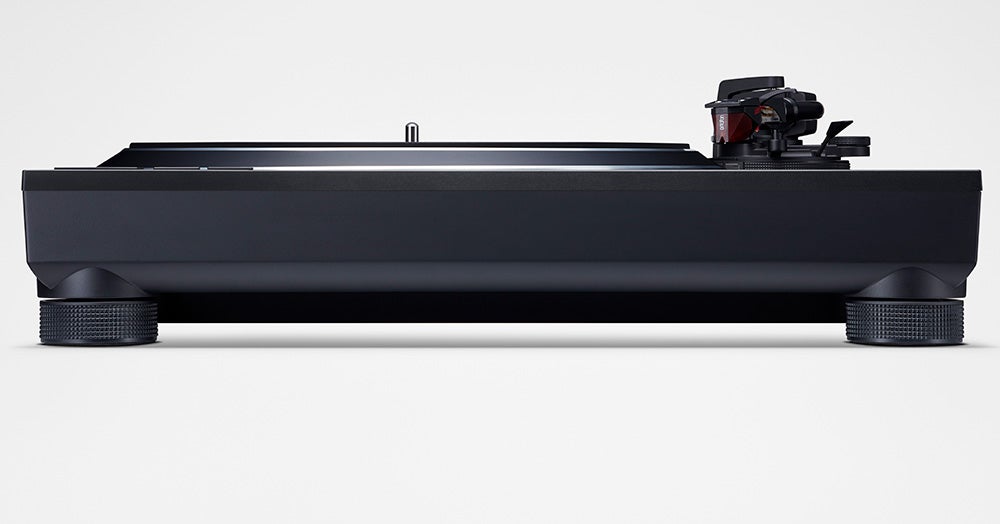 The mostly aluminium construction remains, though, as does the substantial aluminium platter. There’s the same chunky, sturdily compliant rubber feet serving as damping and levelling. And, perhaps most importantly (to some prospective customers, at least), the same brand name sits at the bottom right of the top-plate.

TheSL-1500C may be lacking hands-on DJing accoutrements, but it certainly isn’t short of features.

First of all, there’s an integrated switchable phono stage, so the Technics is ready to play with any stereo amplifier you care to route it through. There’s even an auto-return control (again, switchable), so the arm will return to its rest once the stylus reaches the run-off groove. The SL-1200 would never have been so bourgeois. 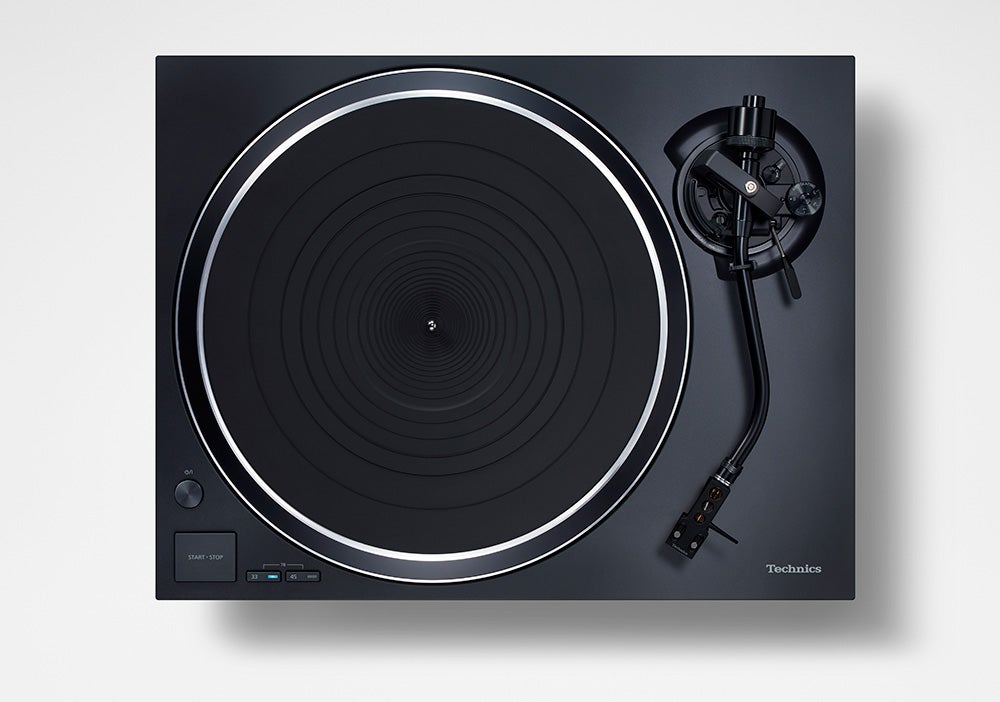 Elsewhere, the more predictable features are just as pleasing. The detachable headshell is pre-fitted with Ortofon’s well-regarded and capable 2M Red cartridge. And since the headshell comes off, and as the arm height is easy to adjust, experimenting with alternative cartridges is relatively easy. And the platter, sturdy enough to begin with, has been furthered damped with a considerable amount of rubber on its underside.

Perhaps the most Technics feature of the lot is the fact that the SL-1500C is a direct-drive turntable, just like the vast majority of its ancestors. The cordless motor arrangement is over-engineered to guard against “cogging” – a phenomenon where the motor begins to hunt constantly between positions of “too fast” and “not fast enough”.

I’m as easily suggestible as the next man, and this is a Technics turntable. So, inevitably, this test kicks off with something of the night about it: Manuel Göttlieb’s E2-E4. And while the SL-1500C demonstrates plenty of the highly prized vinyl traits of unity, rhythmic precision and timing coherence, it’s the absolute and unarguable control of its low-end response that’s initially most compelling about it.

There’s a rigour to the way the Technics attacks the leading edge of a bass sound and then handles its subsequent decay, which is beyond even the best price-comparable rivals. The SL-1500C just snaps into low-frequency notes, then gets them off the stage with absolute promptness. 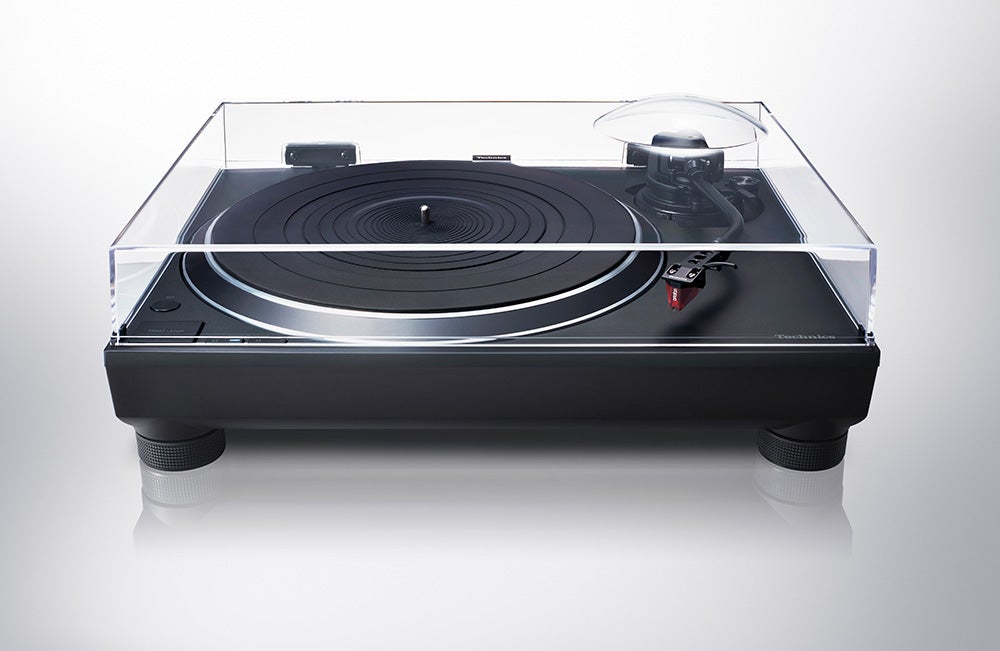 None of this iron-fisted control is at the expense of low-end detail or texture, though – once through Robert Wyatt’s At Last I Am Free reveals the stand-up bass to be full of information. The Technics, unlike so many decks that over-play the “vinyl is the medium of warmth” card, lets bass notes know who’s boss.

It’s similarly authoritative further up the frequency range. Girl Band’s dizzy Holding Hands With Jamie sounds sweaty and raucous, but it doesn’t ever threaten to run away with itself. The SL-1500C packs the mid-range with detail, reveals all the character, all the approximate pitch and tone, of singer Dara Kiely, and gives the clattering, horribly cheap-sounding top-end full rein. 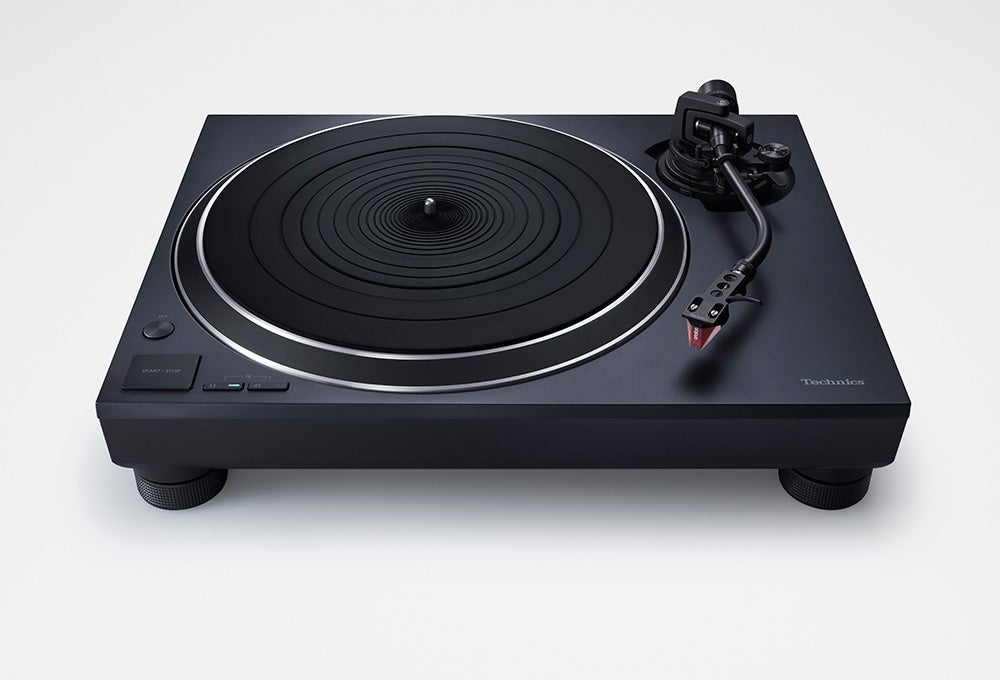 It remains composed and organised, describing the straight edges – which are so essential to a recording such as this, if it isn’t going to sound like it’s constantly on the verge of collapse.

Timing coherence? Most certainly. The five-instruments-plus-voice interplay of The Beatles’ Don’t Let Me Down is rendered with complete sympathy and an almost instinctive sense of interaction between musicians. Rhythmic precision? Definitely. The Technics handles the multiple strands of Aphex Twin’s Analogue Bubblebath with almost casual efficiency, and turns in a performance of elegantly measured pulses.

It should be apparent by now that this is Technics’ most convincing pound-for-pound product since it rose from the ashes earlier this decade. It’s a confident, engaging listen and a beautifully engineered product.

A price of £899 isn’t an inconsiderable sum to pay for a turntable – even one that’s fitted with such a capable phono stage. Rega is the most obvious alternative. Its superb Planar 3/Elys 2 combination can be had for £649 or so (note that once you add a worthwhile phono stage, it costs almost the same as the Technics). Yes, it’s a belt-drive design – but no, it doesn’t feel as bomb-proof as the SL-1500C. Neither does it control the low-frequency quite as well.