What are the Technics RP-DH1200 headphones?

The Technics RP-DH1200 are old staple DJ headphones, originally released years ago. However, now that DJ headphones are all the rage thanks to sets like the Beats by Dr. Dre Studio, Technics’s parent company Panasonic has decided to give them a re-launch. A re-launch aimed at normal people rather than DJ’ing professionals.

They cost a shade over £100, putting them in competition with stone cold classics like the Sennheiser HD 25 and Audio Technica ATH-M50. However, they’re a good choice if you like your music to sound powerful and exciting.

To the eyes of the average headphone buyer, the Technics RP-DH1200 may appear to be trying hard to be eye-catching with their mix of glossy silver panels and dots. But it’s a look that has a reason to exist – it’s based on the look of Technics’s classic turntable design.

It got a mixed reception in the TrustedReviews office, though, and it’s anything but a neutral look. These are headphones that pay dues to their DJ audience, not the style-obsessed young’uns that buy Beats by Dr. Dre kit.

Several other design elements are clearly aimed at DJ types too. Although plastic, the frame is chunky and hard-wearing, and the ear cups both flip over and turn by 90 degrees, making one-eared use possible. 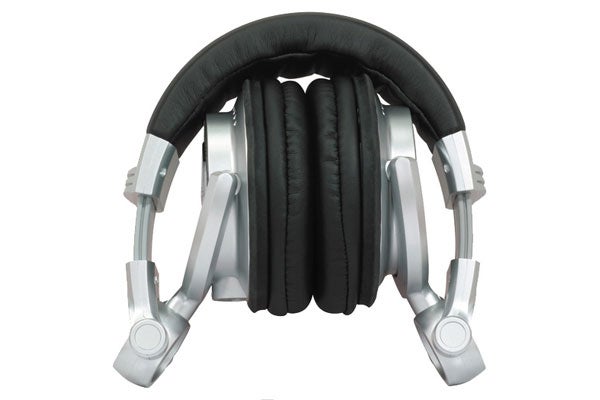 These are not hugely portable headphones, despite being able to fold up – the Technics RP-DH1200 are full-size cans that envelop your ears.

This helps them offer pretty good noise isolation, but it doesn’t give them particularly remarkable comfort (over-ears headphones are often some of the comfiest). The Technics RP-DH1200 exert a firm grip on your head, intended to keep them in place even if you’re bopping about vigorously.

Comfort is OK – the synthetic leather earpads and headband have pretty generous padding. However, we did experience some ear discomfort during sessions several hours long – the ear cups are pretty shallow meaning that unless you have tiny ears your ear cartilage will be squished by the Technics RP-DH1200. Still, they’re a good deal more comfortable than the Beats by Dr. Dre Mixr – a clear ‘style’ rival.

The Technics RP-DH1200 use a twist-to-lock one-sided cable that ends in a chunky right-angle jack, and there’s a second coiled cable included for those who want to use them as monitor headphones in a studio or DJ environment. The straight cable also features a 3-button remote for Apple devices, letting you control volume/music playback, and take calls handfree. 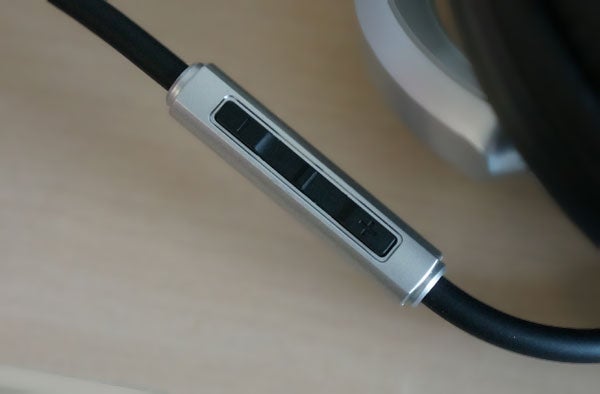 If a powerful sound is what you’re after, the Technics RP-DH1200 have it in spades. Like most DJ-style headphones, bass is a priority here. However, rather than leaving the sound a muggy mess, it’s used to make the Technics RP-DH1200 sound big and exciting. They’re among the few bass-heavy headphones we’ve looked at in the past year that get this ‘DJ’ style right – alongside the cheaper Sony MDR-V55. 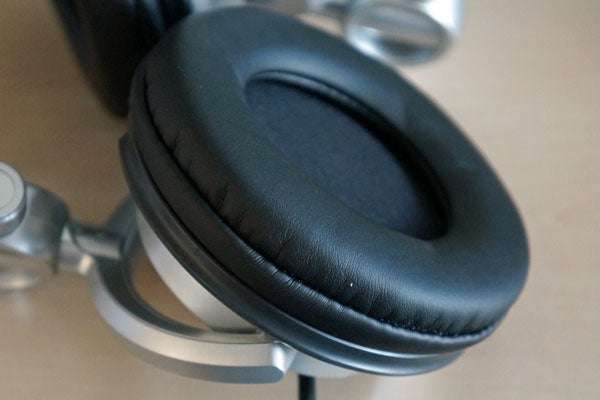 These are a great alternative to something like the Beats by Dr. Dre Studio, and they cost a fair bit less too. Bass depth is decent, and while low-end separation is not perfect it doesn’t have the distractingly boomy effect of many style headphones. As such, they’re perfect headphones for dance music, making it sound better than headphones that it would through many pairs of cans that are technically ‘better’ and more accurate.

We imagine this will make them perfect as DJ monitor headphones. However, we wouldn’t advise them for studio mastering work.  Although thrilling, the bass response trades away accuracy, and there’s a bit of treble roll-off, giving the Technics RP-DH1200 a slightly soft-sounding top end. For pure enjoyment, they get a solid thumbs-up – managing to sound expansive and ‘epic’ as well as powerful.

We like the Technics RP-DH1200. They’re headphones that offer the sound signature that most style, branded headphones are after, but they do it better and at around half the price.

There are some issues about their comfort for long sessions thanks to their slightly shallow cups and tight grip on your head, though, and if you don’t like the vinyl decks-inspired look, the Audio Technica ATH-M50 offer similar sound quality (and perhaps slightly better accuracy) with a lower-key look.

The Technics RP-DH1200 are fantastic headphones if you like your beats to sound big and powerful. They’re not the last word in accuracy, and the easy-going treble won’t reveal all-new insights in music you’ve previously missed. But for dance music in particular, they’re a riot.

Next, read our round up of the best headphones to buy