What is the Technics OTTAVA SC-C500?

The Technics OTTAVA SC-C500 is a sonic surfer on the new wave of connected hi-fi. Like the Denon CEOL RCD-N9, it takes the traditional CD-playing micro system and adds modern wireless connectivity in the form of Bluetooth and Wi-Fi.

It also offers premium design and build quality, as well as speaker technology that promises big presence from small speakers. But all that comes at a cost – just shy of £1,700, to be precise. 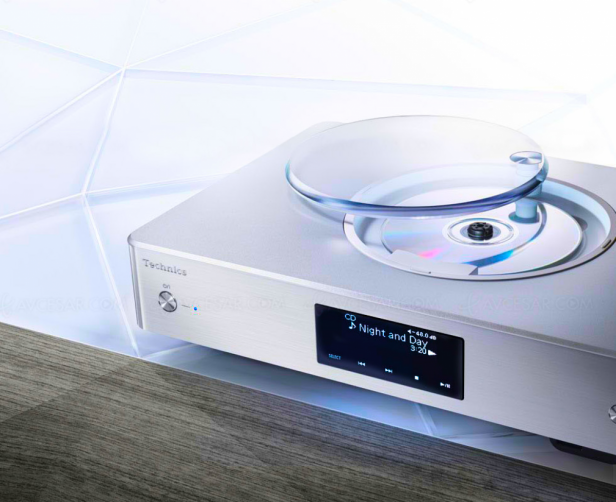 The OTTAVA’s main unit is a thing of beauty. A brushed-metal fascia, minimal controls, swing-aside Perspex CD cover… This is what hi-fi should look like.

Even the pair of antennae poking out from the rear, which should appear clumsy and fussy, somehow help to give the OTTAVA a contemporary look.

At first the fascia seems to have just a classily etched logo, circular-brushed buttons for power and volume up/down, and a display. Look closer, however, and you’ll notice a black bump underneath and set back a little, with a USB input and 3.5mm headphone output. Very neat and discreet.

The top-loading CD player has a lovely round Perspex cover, which pivots at the back to swing out of the way so you can insert a CD. My only complaint is that it looks a little unfinished when there’s no CD inside – so even if you don’t listen to CDs often, maybe pick one with some nice artwork and keep it inside.

Around the rear of the unit are the speaker connections, an optical input, another USB input and an Ethernet socket, as well as those two antennae.

Curiously, Technics has chosen not to include an analogue stereo input of any kind. If you’ve joined the vinyl revival then I’m afraid you won’t be hooking up a turntable – unless you have a Pro-Ject Essential II Digital, which has a built-in optical output.

Another strange omission is any kind of radio. No FM/AM, no DAB and – perhaps even more bizarrely, given that the OTTAVA has built-in Wi-Fi – no internet radio.

The bijou speakers very much remind me of the Bowers & Wilkins MM-1 desktop units in their design, with that brushed-metal top plate and black cloth wraparound grille. They really are small, at 277mm tall, and 110mm wide and deep.

Each of the speakers houses twin woofers – one upward facing and one downward – with a spiral acoustic tube in between. At the top of each unit are three tweeters, facing front, left and right. It’s all neatly hidden behind the grilles, though.

Both the speakers and main unit have proprietary speaker cable connections, so you’d better be happy with the length of cable supplied – 3m of four-core ribbon cable per speaker. It appears this is because Technics has chosen to bi-amp the speakers, separating the high- and low-frequency signals at the amplifier stage rather than in traditional crossovers within the speakers.

Whatever the reason, it means that not only are you stuck with the length of cable provided, but also that the cable is a little unwieldy and tough to hide.

Also a tiny bit disappointing is the remote control. It’s a pretty dull stick of plastic with a silver-covered top. It could easily be the accompaniment to a £50 DVD player. I expected more from a £1,700 system, especially when such care has been given to the rest of the setup.

That said, anyone who doesn’t listen to CDs will mostly control the OTTAVA via the slick Technics app when streaming over Wi-Fi, Apple’s Music app for AirPlay, or another music app for use over Bluetooth. 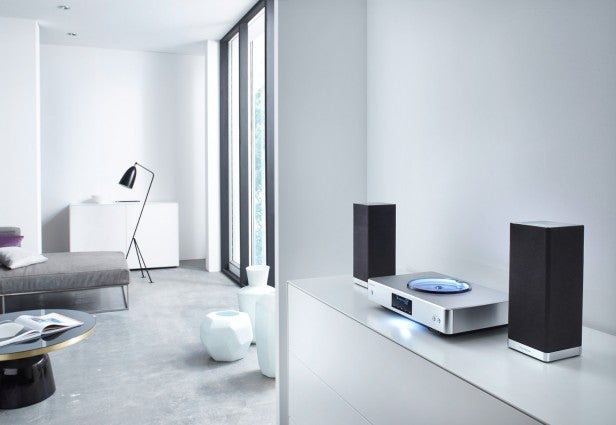 Setting up the Technics OTTAVA is mostly simple. The remote has source buttons for CD, USB and Bluetooth, and the Bluetooth pairing is no less straightforward than you’d expect these days.

Getting ready for Wi-Fi playback is more fiddly, however, with an on-screen menu system that isn’t really the friendliest. It does at least provide plenty of options for Wi-Fi connection, including attaching an iPhone via USB.

Sound quality is rather disappointing at this price. The speakers may have been designed to perform beyond their size, but they still don’t deliver enough bass or clarity.

The mid-range never quite lets go, which is a problem typical of small speaker cabinets. Listening to The Decemberists’ beautiful “Lake Song”, the wistfulness of Colin Meloy’s vocals is almost totally lost. Hi-fi costing this sum should do a far better job of revealing those emotions and helping you connect with the music.

Similarly, Bruce Springsteen’s “Thunder Road” sounds so subdued through the C500 that it never really gets going.

What the OTTAVA does do well is to ensure there are no audio dead spots in the room, so its placement doesn’t prove as much of a problem as a system with more traditional speakers. 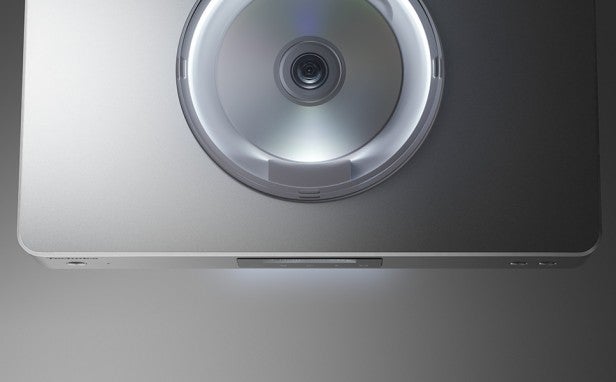 Should I buy the Technics OTTAVA SC-C500?

This is a gorgeous-looking system that wouldn’t look out of place in any modern home – and it has plenty of wireless and digital playback options to back up its futuristic aesthetics.

Technics has made some strange choices, though, embracing some legacy tech in the form of CDs, while ignoring others by not including radio or an analogue input of any kind.

Ultimately, however, it’s the sound quality that lets it down. For £1,700 you should really expect serious sonics to match those looks, but you can easily get better sound for less money. The Denon CEOL RCD-N9 partnered with some suitable speakers would be our bet.