The ‘Aurb’ (pronounced ‘Orb’) from TEAC is something rather different. Its dramatic appearance (570 x 230 x 220mm, 5.4Kg) is part Meridian F80, part B&W Zeppelin and part space alien. In fact in its price bracket I can’t remember seeing a dock which makes such a dramatic appearance. For the style conscious this will make it a must have/must avoid in its own right. 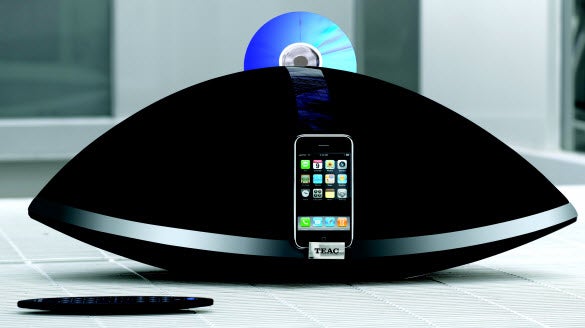 Thankfully, however, the Aurb makes more than a striking superficial impression. Functionality is good with iPod (playback and charge), CD, FM tuner, USB and auxiliary modes and on paper there’s power aplenty: a 2x 50 watt amplifier (with Bass-reflex port) and speakers with a 32mm tweeter and 89mm mid/bass drivers – above what you’d expect in this upper midrange sector. Disappointments include the lack of DAB (scrappage scheme or not) and limited codec support of MP3 and WMA from USB devices (surely AAC could’ve been accommodated?).


An arguably bigger upside is that – despite iPhone warnings to the contrary – the Aurb suffers no handset interference, meaning no “beep-be-beep” interruptions. TEAC doesn’t list the Aurb as having magnetic shielding, but rest safe in the knowledge this is one of the few docks which won’t have you jumping out your chair every time a call comes in.


Also worth mentioning is the remote. A criminally overlooked element for many docks, the remote with the Aurb cleverly continues the styling influence of the main unit being shaped in an elongated oval which makes it look good while also feeling comfortable in hand regardless of which button you’re stretching for. The play/pause button could have been made a little more obvious, but operation will become instinctive in no time. Given the throwaway rubbish that is supplied with similarly priced docks like the Bose SoundDock Portable it’s a welcome bonus. 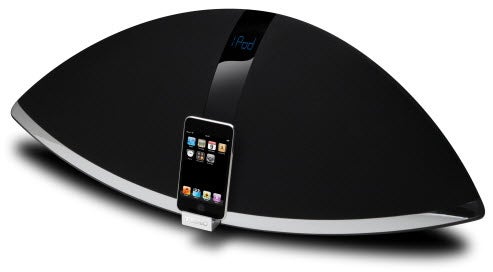 Still, enough prissy footing around. It’s a speaker dock, what does it sound like…?


As with all audio product reviews, first the caveat emptor: sound is a hugely personal thing. You pesky kids may be bass heads, obsessed with accuracy or simply want something LOUD! The good news: the Aurb should have something for all of you.


It’s not perfect. There is noticeable distortion towards maximum volume and sound can become muddy at times – but in general feed the Aurb decent quality content (MP3 of over 256kbps or CDs) and you’ll find it both warm and engaging with enough bass to satisfy anyone looking in this price bracket. What did we feed it?

On the rock side Linkin Park’s latest album ‘A Thousand Suns’ was our guilty pleasure alongside the Infadels’ fantastic sophomore effort ‘Universe In Reverse’. On the former the low rumblings of ‘When They Come for Me’ are held together well while the electric crescendo of its ending has minimal distortion even at high volume.


The explosive intro to the Infadels’ brilliant ‘Play Blind’ was dealt with aplomb as well though crank it right up to max (30 on a 1-30 scale) and the cracks do start to show. By that point you will discover the Aurb has enough horsepower to comfortably deafen any large living room and it works well outdoors (via extension cable) – as long as you have understanding neighbours. 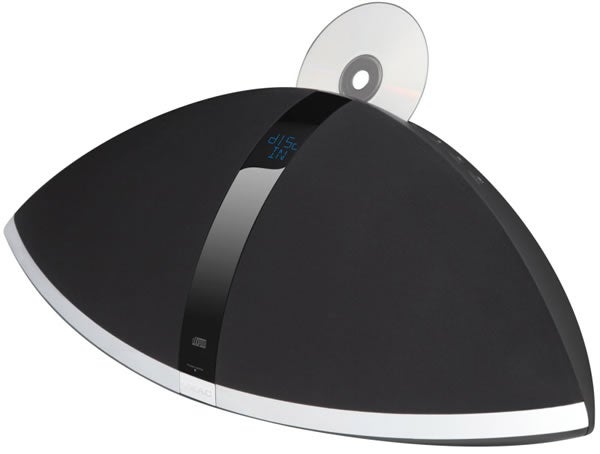 Switching the tone, classical music poses no problems either. By default the sound on the Aurb is engineered towards bass over clarity, but with a range of equaliser settings it can be cleaned up. Bach’s ‘Brandenburg Concerto No. 1’ or Rachmaninoff’s ‘Prelude in C sharp’ minor – no problem. Likewise down tempo dance like Blue States’ ‘Nothing Changes Under the Sun’ or full on head stomping anthems such as The Prodigies’ ‘Omen’ from ‘Invaders Must Die’ – while testing the full ranges of the Aurb – don’t overpower it.


Meanwhile classic tracks from David Bowie or should’ve-been-adored-by-the-masses-what-a-tragedy-but-I-digress Elliott Smith make for toe-tapping, head swaying evenings particularly as you can concentrate on their genius rather than what is ever so slightly off in their reproduction. And isn’t that what all speaker docks should be about: letting you focus on the music.


There are niggles. The CD loading time is slow taking up to 10 seconds before playback begins (though the Aurb is fast when navigating tracks) and switching between low volume settings 6 and 7 temporarily mutes the music. There seems no logic reason for this and it is annoying. Given the Aurb works flawlessly with the iPhone it is also frustrating to be told via a pop up message on the handset itself that this might not be the case.


We’d also like to see support for AAC, Ogg and lossless codecs when music is connected via USB storage. Then again, speaker docks are hardly the best way to navigate the content of mass storage devices and virtually any handset or music player can be connected to the Aurb to handle the decoding for it. 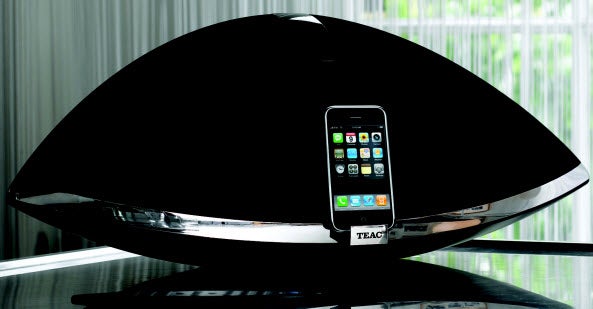 So where does the Aurb fit in the greater scheme of things? It certainly gives £300 speaker docks like the B&W Zeppelin Mini and aforementioned Bose SoundDock Portable a run for their money. The Zeppelin Mini still has an edge in sound quality and the SoundDock casts its sound over an even wider area, though with arguably less clarity. The greatest compliment to the Aurb is that our minds are cast towards speakers priced above rather than below it.


TEAC has done itself proud. The exciting/crazy/gorgeous/baffling look of the Aurb could’ve been an excuse to cut corners and sell the product on superficiality alone. If you have an extra £50 our money would still be on the scintillating B&W Zeppelin Mini, but if you’re feeling adventurous the Aurb makes for a worthy rival and greater talking point.


”’Update:”’ As pointed out, no clear images of the much praised remote where available (a partial is on the first page) so we have sourced a dedicated image. Please see below. To address several email queries, this dock was incredibly close to a 9 and should your limit be £250 then yes it is indeed the best dock on the market for the money.