The TCL Plex may have a bit of a silly name but it looks to be strong value if you’re after a capable mid-ranger for just $329.

TCL, the Chinese company behind Blackberry and Alcatel, has finally launched an own-brand smartphone outside of its home country at IFA 2019. Here’s our first look at the TCL Plex.

From the triple-lens camera with a dedicated night lens to that surprisingly premium styling, there’s a lot to like about the TCL Plex. Let’s have a look at how TCL is trying to compete with a seriously packed end of the market.

The TCL Plex will be coming to a small handful of regions at first release, including parts of Europe however no exact date was given. We’re also still waiting for more specific pricing as all we have no is the $329 US price-tag.

While your colour choices are limited to white and black with nary a splash of colour in sight, the TCL Plex still sports an attractive finish. That glossy surfacing boasts a funky s-curve pattern, which leaps out at you whenever light strikes. It’s an effect we’ve seen before on the likes of the Realme 3 Pro which adds an enjoyable touch of character.

Slap bang in the centre of that shiny rear is a dinky square fingerprint sensor and at first I was a little worried about the size making it difficult to find. Thankfully I had no such issues in my hands-on time. 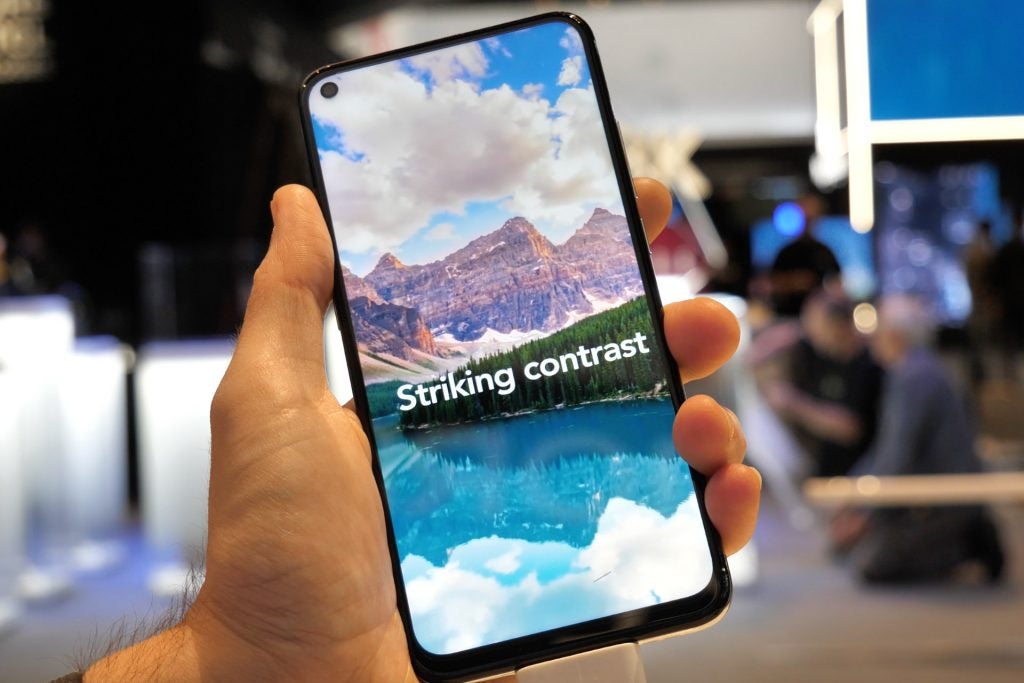 Around the other side, that 6.53-inch Nxtvision display is another Plex highlight. The Full HD+ resolution provides surprisingly sharp visuals considering the size of this handset, while the screen practically fills the front edge.

The only intrusion is from a tiny pinhole selfie camera, which TCL has unfortunately elected to call a ‘dotch’. Here’s hoping that particular delight doesn’t catch on.

Standard HDR formats aren’t supported, although the phone can apparently upscale SDR content to boost the contrast and colours to near HDR levels. Just don’t expect to stream dedicated HDR content from the likes of Netflix. As for the audio, the speaker seems to pack a punch and there’s an audio jack as well as Bluetooth 5 support. 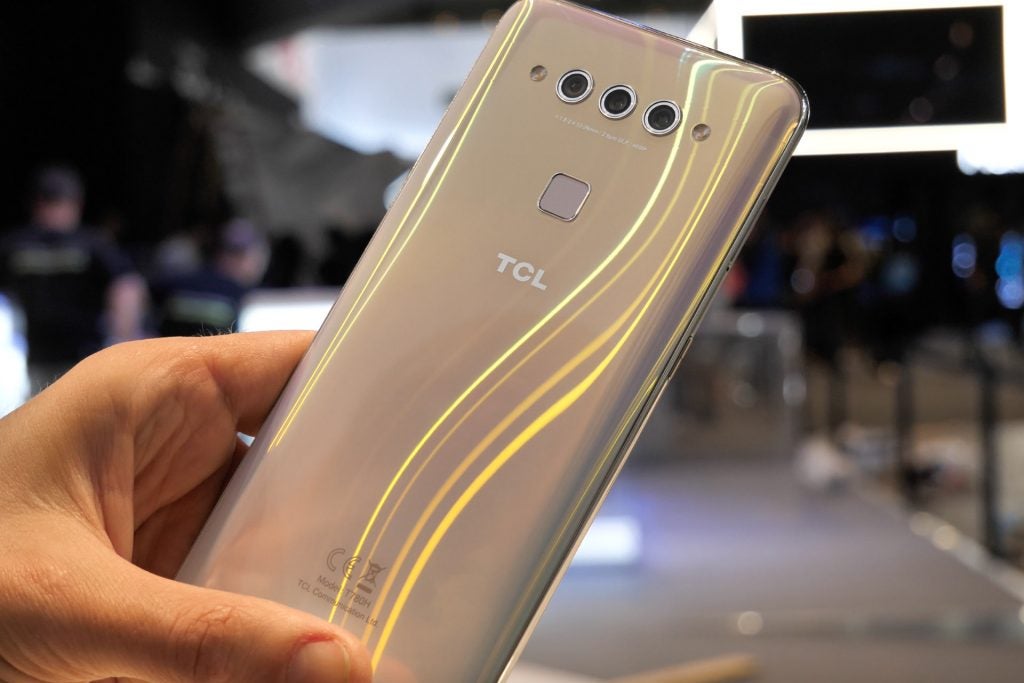 Android Pie has been dressed up with the TCL UI, which changes the look and feel quite significantly. That irritating quirk of ditching the apps drawer is in full effect, although the widgets page (similar to the OxygenOS shelf) is a nice addition. As is the one-handed mode, which proves essential given those beastly dimensions. You even get a dedicated Google Assistant key, for fast access without barking the usual ‘OK Google’ command.

Performance is provided by a Snapdragon 675 chipset with a generous 6GB RAM stuffed alongside. Apps seem to load quickly and run smoothly, although we’ll have to wait and see whether the TCL Plex can handle gaming.

At least the 3820mAh battery should keep you going for over a full day with any luck, while Quick Charge 3.0 support means fast recharging. 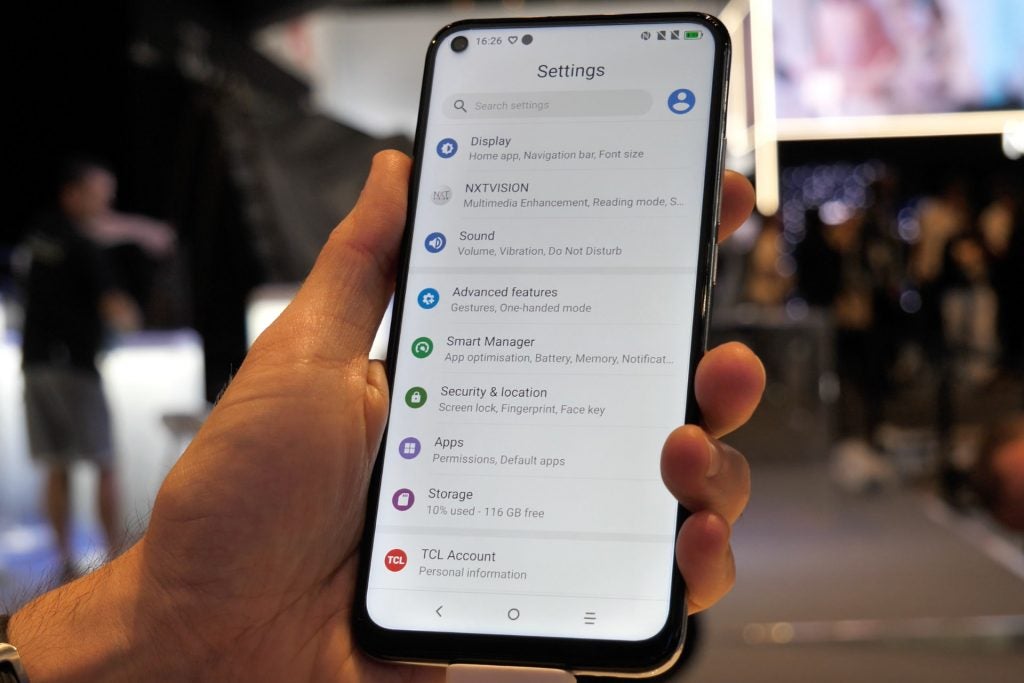 You also have dedicated resource management tools for clearing the phone’s memory and zapping any juice-draining apps.

One of the more intriguing features is the triple-lens rear camera, presented in an unusual horizontal arrangement. The 48MP f/1.8 primary lens uses a Sony IMX582 sensor, with the option to capture photos at full resolution. At any point you can also switch to the secondary 16MP ultra wide angle lens for a pulled-back 123-degree view, with just a tap of an on-screen icon. 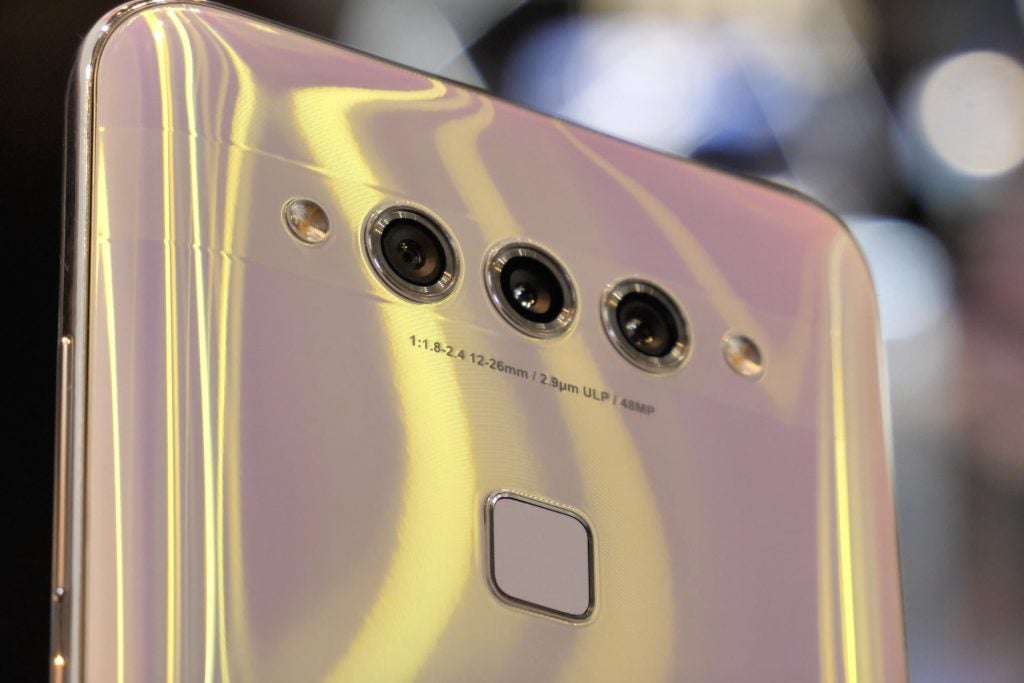 However, it’s the 2MP night vision lens which is the most intriguing bit of this camera setup. The sensor boasts ultra-large pixels to suck up more light and brighten your image, ideal for those moody dusk snaps. I had zero chance to test this out in my hands-on session sadly, as the booth was too well lit.

If you’re unsure which lens may be best for the given situation, no worries. The triple-lens mode allows you to see the view from all three shooters at once, to save you having to flip between them. Meanwhile, the Plex sports all of the usual camera features such as portrait mode and manual controls. You also get a 960FPS super slow-motion mode to compliment the standard Full HD video recording.

As for the ‘dotch’, this houses a 24MP f/2.0 lens for those essential selfie shots.

The TCL Plex may have a bit of a silly name but it looks to be strong value if you’re after a capable mid-ranger for just $329.