In the past few months we’ve sampled a variety of dishes from Tannoy’s speaker menu, from the deliciously high-end Revolution and Arena Highline 300 systems to compact hors d’oeuvres like the tasty TFX and HTS 101. All of these systems served up exceptionally sweet sound quality at their respective price points, so it’s with hungry anticipation that we tuck into the company’s latest 5.1-channel delicacy – the Tannoy Mercury V system.

This fifth-generation Mercury range is an evolution of the Mercury F Custom range, packed with technology filtered down from the Scottish-based company’s high-end designs – and this is the UK’s first review of the 5.1 system.

Its ethos is simple – to offer a high-performance 5.1 system including full-size floorstanders without leaving an astronomical dent in your bank balance. We like the sound of that.

When bought as a system the price tag just nudges over a grand and you get a lot of box for your money. Taking pride of place at the front of the system is a pair of Mercury V4 floorstanders (£380 a pair), ably supported by the £130 Mercury VC centre speaker and a pair of V1 standmount speakers (£150) for the rear channels. 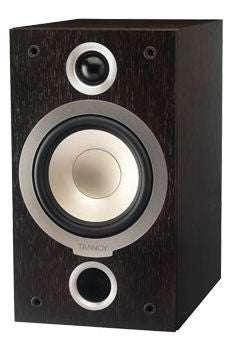 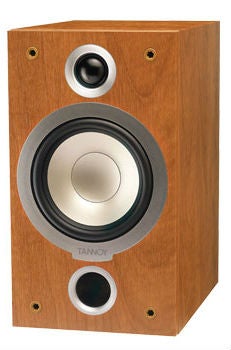 Also part of the latest Mercury range are the VR rear speakers, which are designed to be wall-mounted – but for the sake of keeping our paintwork unblemished Tannoy sent us the V1s instead.

Completing the system is the brand spanking new Tannoy TS2.10 subwoofer, which is also getting its first review here. In fact this £430 bass-box doesn’t officially launch until the Bristol Show later this month, so it’s quite an coup to have it in front of us.

The design of the V4 floorstanders is simple and unfussy, with straight-lined cabinets styled in a classy sugar maple finish (dark walnut is the alternative colour option). The grilles are held on by plugs and when removed reveal a gorgeous brushed aluminium trim around the drivers.

Although they’re unlikely to have other halves swooning in their presence, the look is certainly living-room friendly and build quality is outstanding – these 970mm-high cabinets are a lot heftier than you might expect for the money. Two pairs of high quality gold-plated binding posts adorn the rear, making it possible to bi-wire them.

The VC centre and V1 rears use similarly unadventurous but suave-looking cabinets, sharing the sturdy construction and sugar maple finish. The VC isn’t exactly compact so make sure there’s plenty of room in front of your TV. Likewise the V1 rears, which aren’t the sort of speakers you can just plonk on shelves or furniture – floorstands are a must. 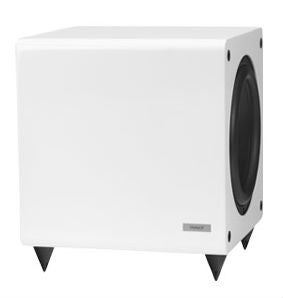 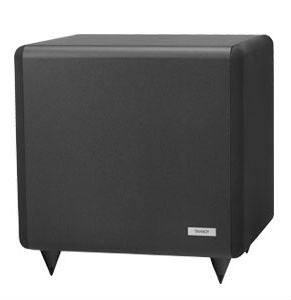 The TS2.10 subwoofer is more ‘modern-looking’ than the rest of the system, but it’s an attractive and surprisingly compact unit available in a choice of dark grey satin, high-gloss black and high-gloss white finishes. Its size makes placement a cinch, and Tannoy hasn’t skimped on the build quality.

Crucially it houses two opposing drivers, and to make the cabinet sturdy enough to contain their combined clout Tannoy has crafted it from 25mm MDF as opposed to the 18mm typically used at this price.

The crossover has also been upgraded from the Mercury F Custom design to include high purity silver-plated wiring and enhanced Differential Material Technology (DMT) damping on the high-frequency capacitors – all filtered down from Tannoy’s high-end speaker lines.

The same ultra light cone – billed as the fastest to grace a Mercury loudspeaker – and tweeter are found inside the V1, while two mid/bass cones and a tweeter make up the VC’s driver array.

Frequency response is expectedly wide across the entire system – all reach up to the magic 25kHz mark, while at the lower end the V4s dip down to 32Hz, with the VC and V1 achieving 67Hz and 45Hz respectively.

The TS2.10 was designed to knock its competitors into a cocked hat and on paper looks geared up to do so. According to Tannoy, the dual 10in drivers give it the greatest cone surface area of any sub at this price (similar to a single-driver sub with a 15in cone). What’s more, backing up the main driver with an auxiliary bass radiator snuffs out much of the cabinet vibration that can occur with large single-driver subs. 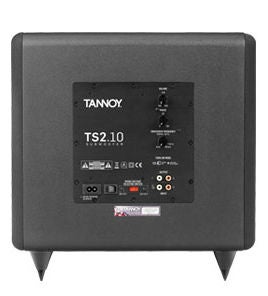 It also packs some serious firepower in the form of a 300W Class D amp, controlled by a Tri-State Pulse Width Modulated Digital Signal Processor (phew!), which handles crossover frequency, phase and gain in the digital domain. These parameters are all controlled on the rear panel by three dials, joined by stereo cinch input and output sockets.

Don’t bother wearing socks when firing up the Mercury V system – they’ll only get blown off. This is as good a performance as you’re likely to get for a grand, marrying astonishing levels of power with the sort of grace and control that wouldn’t sound out of place coming from a system twice as expensive.

Key to this powerhouse performance is the TS2.10 sub. Its bass output is ferocious for such a small and unassuming box, plumbing depths we didn’t think possible. But it does so without suffocating the other speakers, smoothly crossing over while remaining tight and controlled. 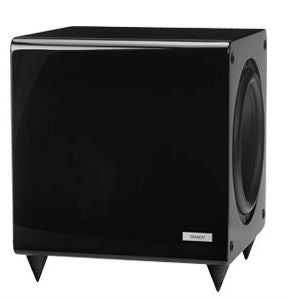 It also brings an effortless undercurrent of menace to tense scenes, as well as solidifying background ambience and underpinning deep, authoritative voices.

But if the TS2.10 is the Hulk of the operation, then the V4s are Tony Stark – sharp, articulate, obsessed with detail and can really turn on the power when needed. These traits are ably demonstrated by Thor on Blu-ray, a movie it laps up with relish. 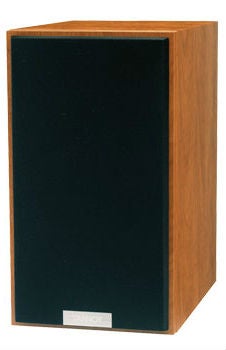 As Thor and friends battle the Frost Giants on Yodenheim, the soundstage is filled with fast and forceful effects, relayed with a smooth, finessed tone. Swords being drawn have a sweet metallic ping; rocks tumble with a delicate crunch; and when the huge beast pops up at the end of the scene, Mercury has no trouble conveying the depth and top-end rasp of its powerful roar.

It also digs out loads of subtle detail, such as the hissing of waves during scenes on Rainbow Bridge. The entire system is tonally consistent, so you get a smooth, level sound as effects sweep around the spacious soundstage. And the centre speaker is a skilled performer, projecting dialogue with effortless clarity.

Used as a stereo pair the V4s continue the great work, offering a warm and insightful performance with music.

”’Verdict”’
The Mercury V system is the epitome of great value. Yes a grand might sound like a lot to shell out, but for that money you get a beautifully made, gorgeous sounding system with an innovative dual-driver sub. The V4s, VC and V1 team up to deliver an open, polished sound with shedloads of detail and crystal clear dialogue reproduction.

But more importantly it conveys movie action with passion and dynamism – you can’t help but get caught up in the excitement. Some may find the look a little safe and there are a lot of bulky boxes to squeeze into your living room, but on the whole Mercury V is a formidable system that punches well above its weight in performance terms.