The Tannoy Definition system was first introduced in the mid-90s as a two-channel range for the hi-fi market, and then reintroduced in 2009 with a new look to suit today’s design tastes.

Despite originally being designed for music, home cinema enthusiasts began adopting Definition as their own and using five of its floorstanding speakers in a multichannel setup.

But using five floorstanders for home cinema is hardly ideal, and after huge demand from Definition fans Tannoy recently launched a more manageable centre channel to slot into the system, designed to match the rest of the range acoustically and aesthetically.

This new DC6 LCR centre speaker joins three other speakers in the range – the DC10T and DC8T floorstanders and the DC8 bookshelf design. In the 5.0 package on test here are two DC8Ts (£4,200) on front channel duties, a pair of DC8s (£2,500) at the rear with a DC6 LCR centre (£1,500). At over eight grand for the lot it’s not a cheap option – this is aimed at serious home cinema buffs with big budgets – but we’re hoping that the old adage of getting what you pay for holds true.

You certainly get your money’s worth in terms of build quality. Each speaker is a thing of beauty, contained in an elegantly-styled, heavyweight cabinet – available in a dark walnut or cherry lacquered real wood finish, or deep lustre black. They’ve been built from top-quality plywood sourced from cooler, slower-growing regions of Europe, which is said to improve their acoustic properties due to its denseness. Their curves also serve a practical purpose, helping to reduce resonance that can affect mid-range clarity and detail.

They also come with magnetic grilles, which attach to the front more neatly than plugs. But without them, the speakers look effortlessly classy – the silver rings surrounding the cones juxtaposed by the classic wood finish brings a beautiful fusion of modernity and tradition.

The DC8Ts and DC8s stand 1025mm and 470mm high respectively, while the DC6 LCR measures 600(w) x 226(h), which is fairly large by centre speaker standards but when sat on the supplied plinth it’s much easier to place around a TV or projector screen than a DC8T.

Its rear section curves back towards a panel of five electro-plated brass binding posts – four of these are for bi-wiring purposes, while a unique fifth post is designed to earth the speaker to your amplifier, helping to eliminate detrimental RF interference and improve detail clarity.

At this point you’re probably wondering why we haven’t mentioned a subwoofer. Once again prompted by huge demand, Tannoy is currently working on a dedicated Definition sub with twin opposing drivers and a 1000W amp, which should be out by the end of the year.

All of the Definition speakers feature Tannoy’s Dual Concentric drivers (hence DC), which place a 1in Tulip WaveGuide tweeter within the throat of the larger mid/bass driver, powered by a neodymium motor (ferrite inside the DC6). This enables the high, mid and bass frequencies to emanate from a single point source, which is said to help timing and create a wider imaging ‘sweet spot’. 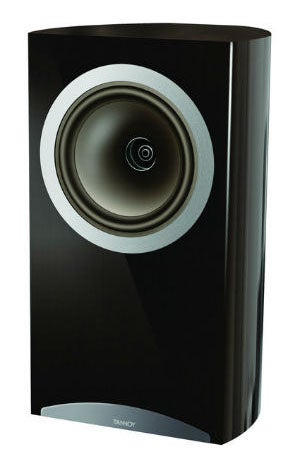 The size of the mid/bass cone (crafted from treated paper pulp with a rubber surround) is the main difference between the speakers in the range – the DC8T’s cone is 8in, DC10T’s is 10in and there’s a new 6in version in the DC6 LCR. The DC8s sport just one of these DC drivers, but in the DC8T it’s joined by an 8in bass-only driver designed to lend extra depth when used without a subwoofer. The drivers are coupled to the cabinet using a unique bracing mechanism that incorporates Tannoy’s Differential Material Technology (DMT) to improve rigidity. 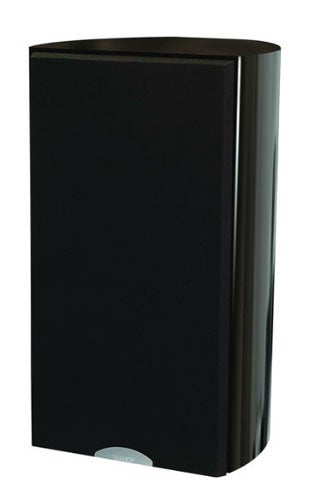 The DC6 LCR’s 6in DC driver is flanked by a 6in bass driver and passive radiator. Although this centre could have matched the punch and drive of the other speakers using the same single DC driver and a rear-ported design, Tannoy thought it would be inappropriate for a centre speaker as it’s likely to be installed in a TV stand or against the wall – so they went for a sealed cabinet design with the dual driver/radiator arrangement instead.

Add to that silver-plated, oxygen-free copper internal wiring across the board, low-loss laminated core inductors and audiophile grade polypropylene capacitors in the crossover network and you have yourself a meticulously crafted set of high-end speakers.

Forgive the pun, but Tannoy’s system is the very Definition of audio luxury. Naturally given the range’s two-channel origins, its handling of music is sublime, reproducing a range of songs on CD, SACD and DVD-A with amazing depth, detail and transparency.

It makes vocals genuinely sound like the singer’s in the room with you, and when reproducing instruments the delicate little breaths and twangs remind you that it’s a human being playing them, not a machine. After hearing this sort of insight and spine-tingling smoothness, that £8k price tag suddenly makes sense.

It’s equally assured with movie material. Yes the sound is refined, but not restrained – it can really let loose when it needs to, delivering a thrilling soundstage that’s epic in scale and pulsating with fast, attacking effects.

Load up a disc like Hellboy II: The Golden Army, and the Definition system proves itself to be entertaining, powerful and articulate, handling the crashes and explosions of the Elemental scene with the sort of control you’d expect at this price, but digging out subtle background details that inferior speakers would allow to get swallowed up in the cacophony.

The system was supplied without a subwoofer so we tested it as such. But then we threw in a subwoofer just to check how it sounds. Although the bass performance of the DC8Ts and DC8s is fabulous, lending admirable punch to bottom-end effects, it did benefit greatly when the sub was added, making us more eager than ever to hear what Tannoy can come up with for its Definition subwoofer.

The DC8s at the rear do a fantastic job with transient effects, not only projecting them far and wide but doing so with a superb dynamic range. Ambience is beautifully handled too.

What’s more the new boy doesn’t let the side down. The arrangement of powerful drivers inside the DC6 LCR centre gives dialogue true presence, shaping the worlds with pin-sharp clarity and plenty of body. It blends perfectly with the DC8Ts on either side and DC8s at the rear, making for a cohesive soundstage.

Verdict
As you can tell, we’re pretty much blown away by the Tannoy Definition system, but then at over eight grand we expected nothing less. It’s a real privilege to hear it in action – the heart-thumping excitement it generates with movie soundtracks is impressive given its musical heritage, and of course with music it’s sublime – articulate and sophisticated, like pure audio silk.

Build quality is phenomenal too, and there are loads of interesting technological features to set it apart from its peers – these are speakers with a real story to tell – but for movies it’s much improved by a subwoofer and we only hope that the forthcoming Definition bass-box can do justice to this wonderful five-channel system.