Simplicity is at the heart of the Ampster BT II, a budget-priced amplifier that's easy to use and offers an accessible way of getting into the world of hi-fi for a price that feels like a bargain. Just add good-quality speakers and you're ready to go.

The Ampster BT II is a mini-stereo amplifier that supports playback over aptX Bluetooth.

Since its launch in late 2018, the Ampster BT II has proven to be very popular. It’s a compact mini-stereo amplifier that can be used within a larger, modular hi-fi system if you include the CD II and Tuner II, both of which are available separately.

On its own it’s a receiver for your Bluetooth sources and can be hooked to any good-quality hi-fi speaker of your choice.

It’s out of stock on the Tangent site and apparently selling three figures per month through retail channels. As we’re fairly late to the party, we’re intrigued as to what all the fuss is about.

At 70 x 194 x 195mm (HWD), the Ampster BT II is a diminutive amplifier. There’s obviously the size of the accompanying speakers to take into account, but a compact bookshelf speaker would do the job here.

Channeling 2 x 50W of power per channel, inputs and outputs can be found on the rear. Connections include RCA line-in, sub-out, external IR, 3.5mm aux, optical-in, USB charge port and speaker terminals with a Bluetooth receiver extending out. There’s also an on/off switch for disconnecting the BT II from the mains. Bluetooth is of the aptX variety. 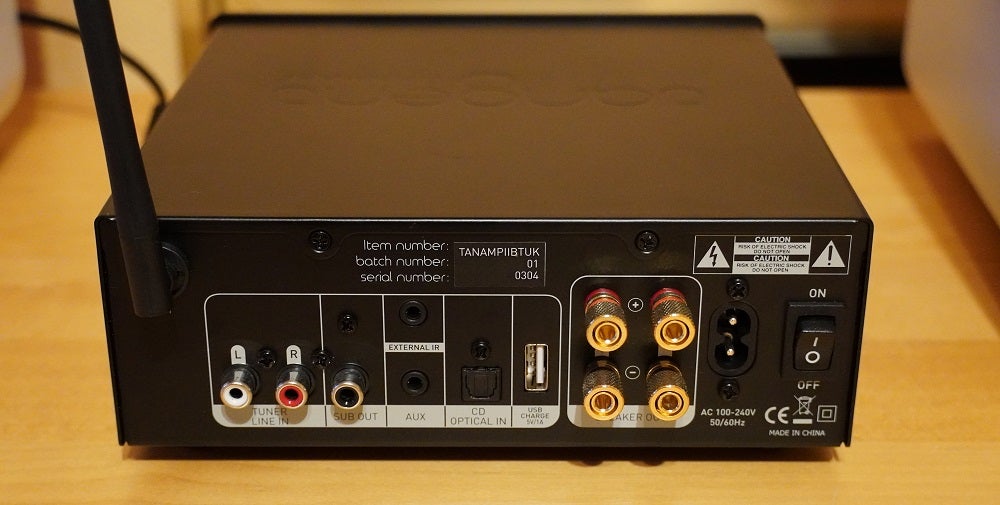 The front panel is simple and uncluttered, with a row of LED indicators in the centre for Bluetooth, CD optical, tuner line-in and aux inputs. To the right of these is a dial for changing the volume or switching inputs.

The Ampster BT II sports a nice, clean design and a smooth, bronzed finish on the fascia. Despite its compact size – and the fact it’s still a rectangular block of hi-fi – there’s a level of refinement and simplicity here that’s pleasing. Plus, if you’re unfamiliar with hi-fi, then its easy to operate.

The Ampster BT II is a fairly easy piece of hi-fi to tame, with the choice of using the supplied remote or the volume/selector button on the unit itself.

The dial’s default position is volume, but give it a push and a twist and you can cycle through the various inputs.

The remote control was made to work with the CD II and Tuner II as well, so if you don’t have these components then there are a number of buttons inessential for operation. All you’ll really need to concern yourself with are the buttons for volume, playback, input selectors and standby.

While not weighty, the remote feels good in the hand and is big enough not to get lost easily. Button presses are responsive, and despite the number of buttons on the remote, they’re spaced out well – misplaced presses will be few and far between. 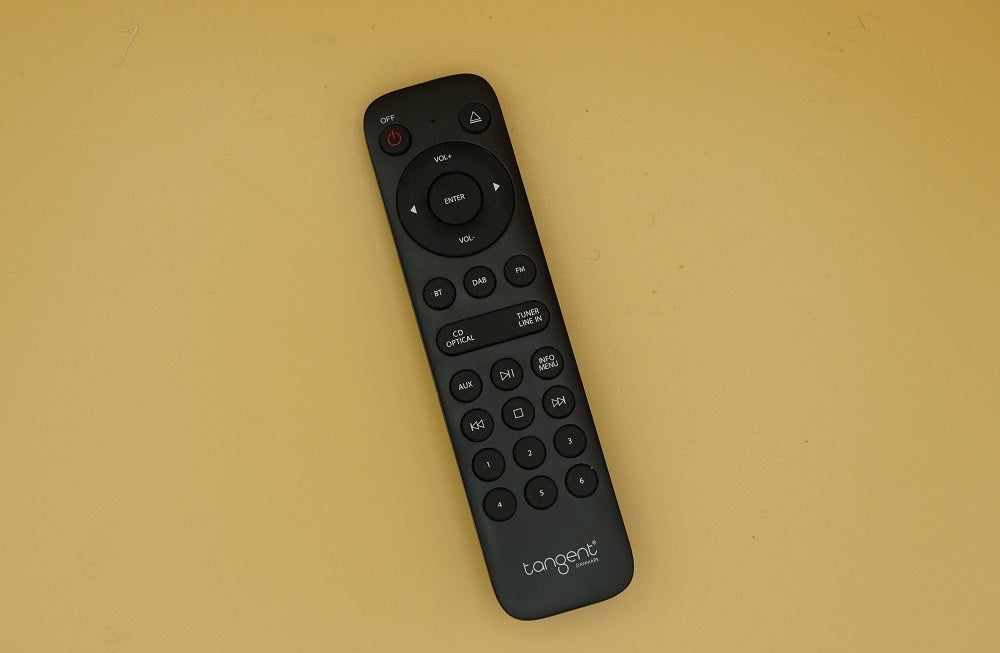 Bluetooth pairing is – and we’ll likely use this word many times over the course of this review – simple. Just select Bluetooth mode and the unit will bleep a few times, then search for the BT II. Pairing is quick and painless.

If no signal is detected for 15 minutes, the BT II switches into standby mode. Thanks to its Instant Resume feature, it can re-establish a connection quickly to a mobile device. Press play or unlock the screen on a mobile device and it will resuscitate the Ampster BT II.

One notable issue with standby mode is that after leaving the amplifier alone overnight, the Ampster BT II didn’t respond as quickly; in some cases, not at all. A few hours was fine, but more than that and it was disappointingly groggy. 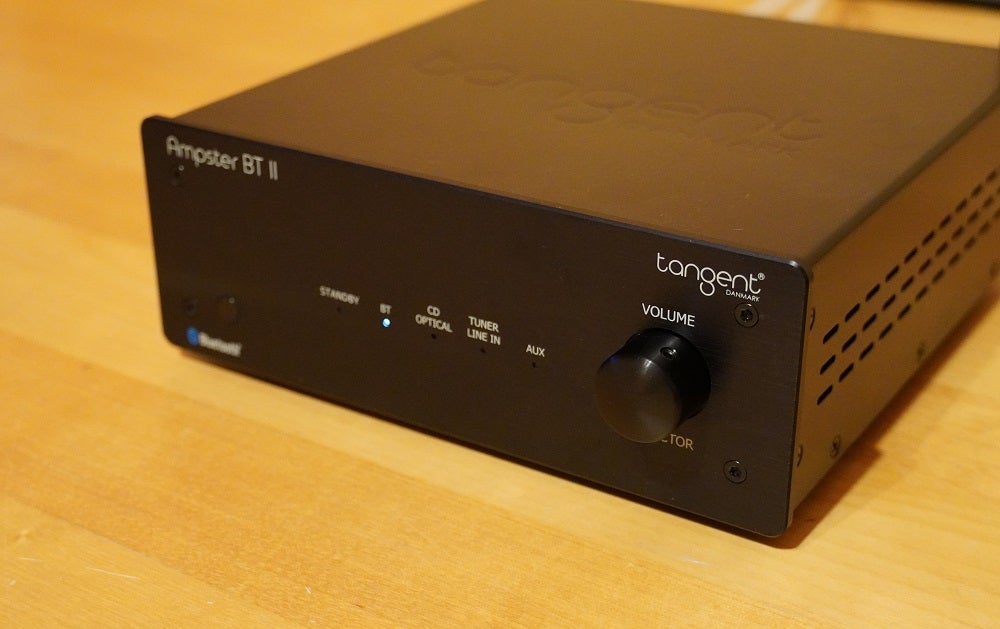 The Ampster can run warm, but not overly so and it isn’t cause for alarm. In fact, it’s often cool to touch with the vents on either side dispersing heat well. If it surpasses 85℃, it automatically goes into standby and turns back on when it falls below 60℃.

For this review, the Tangent Ampster BT II was paired with the Q Acoustics 3010i (£119). First impressions are that it’s a smooth performer. A play of Caravan from the Whiplash soundtrack on Spotify was an engaging listen, flowing and full of pomp and pizzazz, as the Ampster BT II/3010i combo recreated the soundstage in front of the listener.

I tend to have the speakers apart from the BT II, but you can draw them closer together if you want a more compact-sized system. Even when they were spread apart, the soundstage wasn’t especially broad or tall. However, the BT II can extract a good deal of detail from the percussion instruments in the track, although it’s likely beaten for clarity by more expensive efforts. 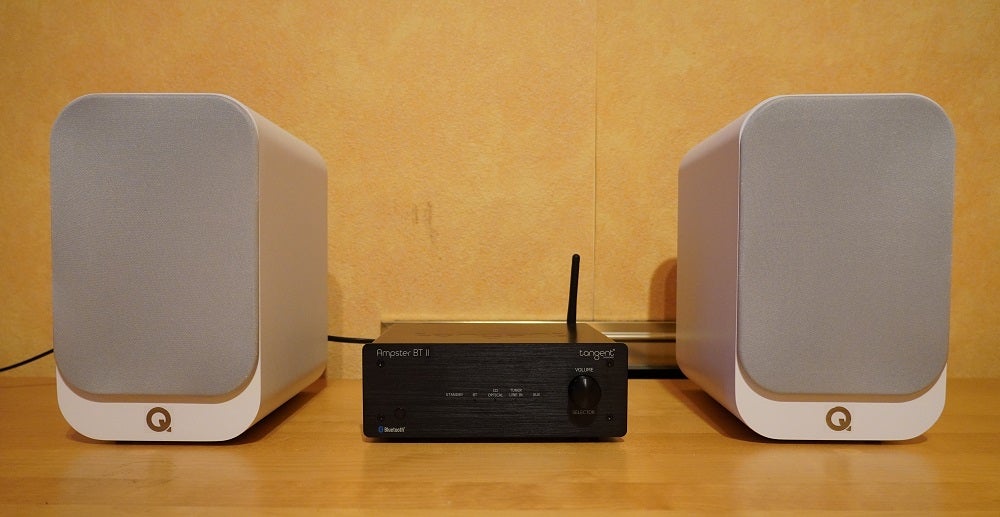 Bass performance does feel reined in during a play of The Pharcyde’s Runnin’ on Tidal, and while it doesn’t feel as if it’s the tightest, most expressive of bass performances, it avoids the looseness that could mar a track or spill up into the mid-range.

Dynamically, it arguably isn’t as expansive, but it makes up for this with its sense of timing; the BT II is able to communicate sudden and sharp stops and starts with precision. A play of Forge from the Infinity War soundtrack and the Ampster BT II ably communicates the drama of the track, building as the drama unfolds, but adept at handling the more gentle moments, too. 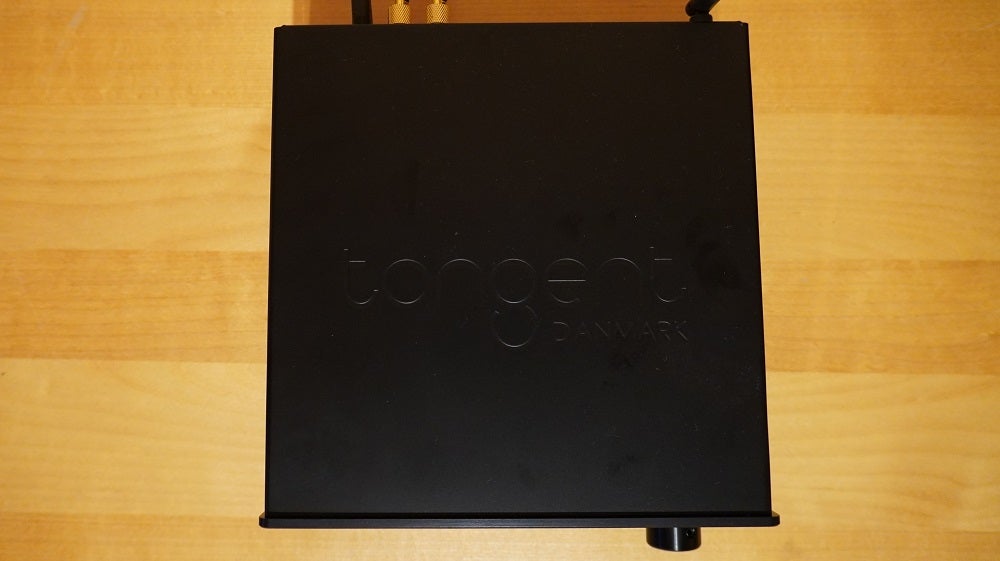 A switch to Nicholas Britell’s If Beale Street Could Talk soundtrack and the character of the BT II becomes clearer.

It’s more straightforward in how it goes about its business – more clinical than musical – but it achieves a good degree of balance through the frequencies. The lush tones of Eden from Beale Street aren’t as emotive or grand as you’d like, but it’s still capable of sweeping you away with its detail. While it isn’t the heftiest of presentation, it never strikes me as being insubstantial either.

You should buy the Tangent Ampster BT II if…

The word that keeps recurring with the Ampster BT II is simplicity. If you’re looking to ease your way into the world of hi-fi, the Tangent Ampster BT II would be a fine place to start. It’s simple to set up, easy to use and, in tandem with the Q Acoustics 3010i, produces a sound that’s sweeping and appealing.

Could it be more entertaining? Sure – but for £149 this is a simple, easy gateway into the world of hi-fi for a price that feels like a bargain.