What is the TalkTalk HG633 Super Router?

Many households continue to use ISP-provided routers, and the Huawei HG633 is the model TalkTalk is currently providing free to all its customers. But just how well does it stack up against other ISP-provided options and third-party routers by established manufacturers such as D-Link and Netgear? Not amazingly well as it turns out.

Given that the HG633 is available for free to all new contract TalkTalk customers, it’s no surprise to discover it’s a modest little unit. Built from plain-black plastic and with next to nothing in the way of embellishment, it’s simply there to do its job.

Lights along the front indicate the status of the broadband, internet and TV connections (if you’re using TalkTalk TV) and the Wireless and Ethernet lights will flash along with network activity. 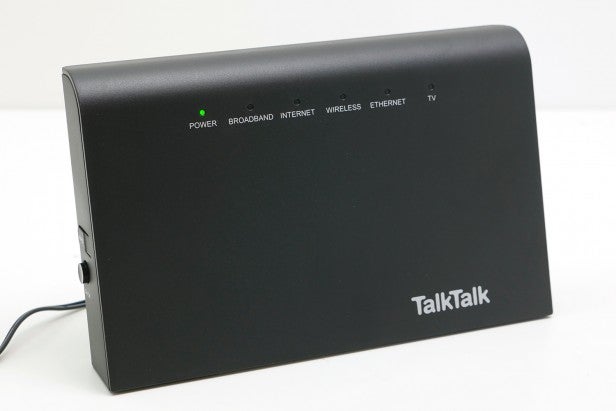 In order to keep itself steady in its upright position, Huawei – the manufacturer of this router – has incorporated a couple of feet that flip out from the rear of the device. It does actually stand reasonably secure, too, which is more than can be said for some cheap, lightweight routers. Sadly, wall-mounting isn’t an option.

Conveniently placed on the side of the unit are the power and WPS button, making it easy to do a quick manual power cycle of the router and get new devices connected to the Wi-Fi. 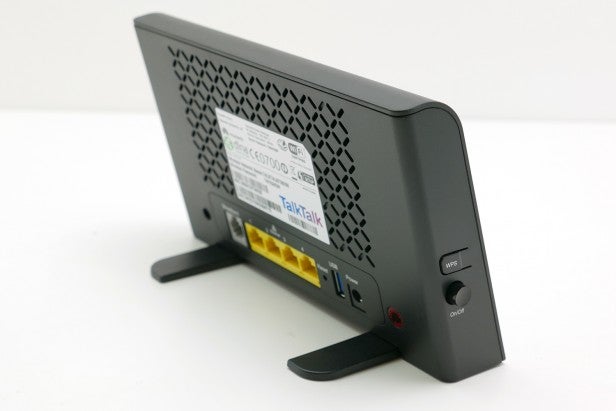 Round the back, you’ll find the connection for your phone line, four Ethernet ports, a USB connection, a default settings reset button and the power connection. The USB can be used to share files from USB storage devices.

TalkTalk also provides one Ethernet cable, a phone cable and a phone-line splitter, plus a card that has a note of the Wi-Fi password, so you don’t need to remember to write it down before installation.

Once plugged in and fired up, the HG633 offers a simple and intuitive setup interface that guides you through the basics.

In the main menu, you can perform simple tasks such as changing the Wi-Fi and router passwords, but power-user settings are minimal. You can change most of the usual Wi-Fi settings, setup some port forwarding or a DMZ and such like. Those looking for advanced capabilities should consider investing in a more sophisticated router, however. 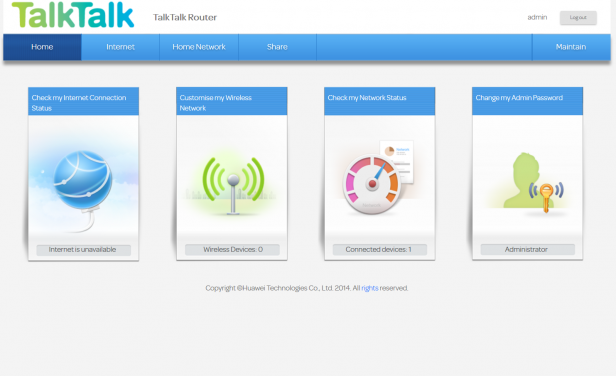 When it comes to speed, the same applies.

What’s immediately obvious when starting to test the HG633 is that its Ethernet ports are 100Mbps instead of 1,000Mbps (gigabit). That makes connections between wired devices 10x slower than just about any other router you could buy – although, admittedly, some other ISP-provided routers make the same mistake. This also made testing this router something of a problem as noremally I test using one device connected to Ethernet and one to the Wi-Fi. Here I had to conect both devices to the Wi-Fi.

In addition, it becomes evident the Wi-Fi tech used here is fairly basic, despite its use of dual-band (5GHz and 2.4GHz) and the latest AC Wi-Fi standard. In tests this router came a distant last, although I reiterate that some other ISP-provided routers will perform just as poorly. 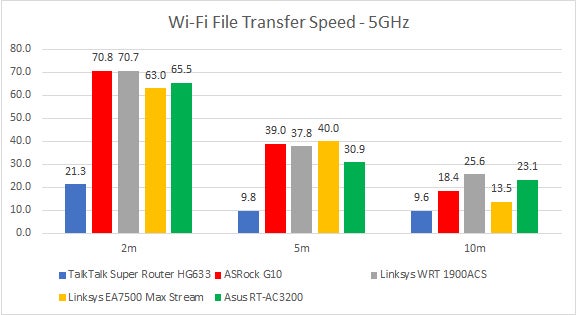 Using the 5GHz band, this router maxed out at just 21.3MB/sec, which compares to 60.1MB/sec for the next slowest AC router I’ve tested. In our two further tests the router managed 9.3MB/sec (5m away, with two walls between the router and the Wi-Fi receiver) and 9.6MB/sec (7m away, with two walls in between and a floor down). Again, these figures are dwarfed by the next worst on test, which managed 37.8MB/sec and 13.5MB/sec. 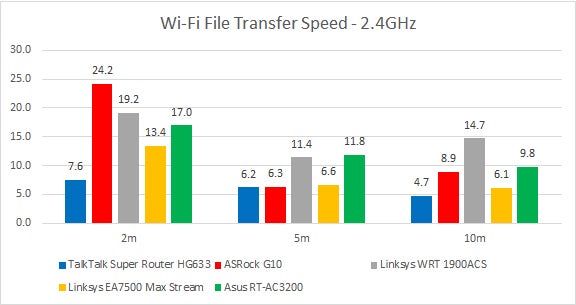 Moving to the generally slower 2.4GHz band and the difference is more modest, as even the fastest routers can only hit around 20MB/sec. Nonetheless, the HG633 managed only 7.6MB/sec, 6.2MB/sec and 4.7MB/sec; the next worst recorded 11.9MB/sec, 7.8MB/sec and 6.8MB/sec.

These figures pale even in comparison to other ISP-provided routers, with the likes of the BT Home Hub 5 hitting 50MB/sec+ in our AC tests. In fact, even the old TalkTalk Super Router, the HG635, performed reasonably well, so it’s clear just how inadequate the HG633 is. Moreover, if you go out and spend £50-£100 on a third-party router you’re likely to benefit from a huge leap in performance.

All this and I couldn’t even get the USB storage sharing to work, despite numerous attempts with a number of different USB sticks. 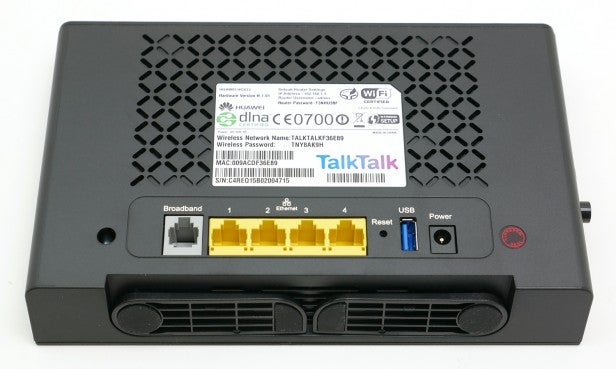 Should I buy the TalkTalk HG633 Super Router?

The HG633 comes free with a TalkTalk contract, and in that regard it’s a perfectly passable means by which to get your home connected up.

However, other standard ISP routers – such as the BT Home Hub and Plusnet Hub One – offer far better performance. Meanwhile, there are clearly many reasons you should consider purchasing your own router, regardless of which ISP you choose to go with. Doing so is likely to get you a huge boost in performance and features, even if the very top-end models do offer diminishing returns.

The TalkTalk HG633 is an improvement over single-band ISP-provided routers – but not by much. It’s fine as a starting point, but third-party rivals offer markedly better performance and features.