Available on PS4 (reviewed), PS3, PC
It seems like a lifetime ago that the Japanese RPG was at its peak. The Final Fantasy franchise has spent the majority of a decade in the doldrums, while the Dragon Quest saga’s move to the 3DS seems to have crippled its chances of mainstream success.

The other big series of the nineties and noughties – Star Ocean, Breath of Fire, Suidoken, the Chrono series – have all but dwindled out, leaving only Level 5’s brilliant PS3 Ni-No-Kuni and the Fire Emblem, Persona and Xeno series to keep the flame burning.

Yet, in the background one other series has kept going quietly for 20 years: Namco Bandai’s Tales of… saga. After a long, slow start it’s steadily built a growing Western fanbase with its epic stories of fantasy adventure and distinctive anime style. Tales of Zestiria isn’t merely the series’ PS4 debut, but an opportunity to grab exposure. This is the first big proper JRPG on PS4 before FInal Fantasy XV and Star Ocean V arrive. 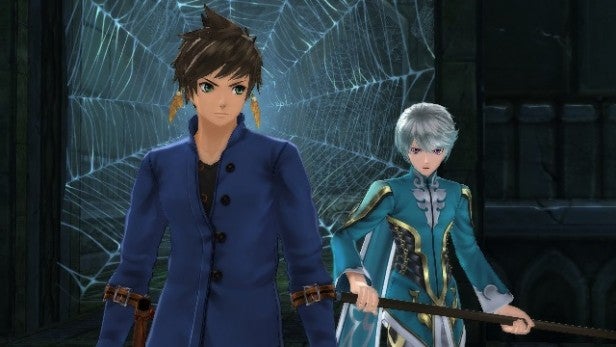 While it opens with that most exhausted of JRPG cliches – a lone and seemingly unimportant youth who must leave his village and embrace a bigger destiny – Tales of Zestiria mixes things up a little more than most.

Our hero, Sorey, is the lone human in a settlement of spectal beings known as Seraphim, dragged into a wider struggle by his rescue of a young warrior princess. Sorey’s strange upbringing and mysterious origins make him unique in that he can see and hear the Seraphim. Through his powers he becomes the Shepherd, an almost messianic figure who can save the world. It’s a world in need of saving, too, both from corruption by the forces of Malevolence, and from the monstrous Hellions that either humans or Seraphim can become when it takes hold.

Like many JRPG protagonists, Sorey is a plucky little scrapper with an inexclipable gift for swordplay. On becoming the Shepherd, though, he can combine his powers with those of bonded Seraphim to become more powerful, transforming him from a spiky-haired teen who dresses like a New Romantic, circa 1982, into an even more hideously coiffured youth with swinging pony tale who looks like he’s auditioning to join Kajagoogoo in 1983. In fact, with its pumping, shredding guitar rock and J-pop soundtrack, Tales of Zestiria has a weirdly eighties vibe. 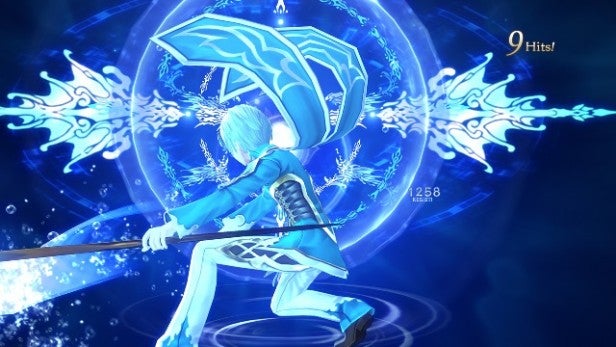 Sorey’s quest involves three key elements: a lot of exploration, plentiful cut-scenes and conversations and a whole lot of whacking Hellions until they die. Combat is action-oriented and played out in real-time, with Sorey’s various moves and magical attacks or buffs designated ‘artes’ and unleashed at a tap of the cross or circle buttons. Some artes are more powerful than others, while different monsters are more or less vulnerable to specific artes, and you soon acquire a massive list of artes to deploy. However, by default the game selects artes for you, meaning you can focus on switching between slower but more deadly and faster but less damaging attacks, or blocking while your action gauge refills so you can strike once more.

So where do the Seraphim come in? Well, normally they fight alongside Sorey and his Warrior Princess companion, with ample support in the game’s early stages from Sorey’s Seraphim BFF, Mikleo. Once transformed, however, Sorey’s powers combine with those of the Seraphim so that he can, say, swing an enormous flaming sword or pummel foes with giant gauntlets of rock. Each Seraphim comes with his or her own elemental theme and, as you might expect, different Hellions may be more or less vulnerable to different ones. 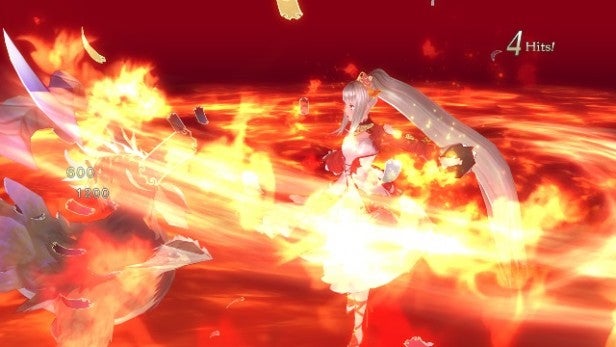 This, believe me, is a gross oversimplification. Tales of Zestiria is so complex that all its game systems have multiple subsystems, leading to a huge selection of button presses, stick-flicks and trigger-button modifiers to master. In fact, the game’s unfortunate habit of first whacking you with tutorials then leaving primers on monoliths dotted around the landscape can leave you feeling that you’re studying for a test – the JRPG equivalent of a Maths GCSE or Driving Theory exam. At the same time, you can survive a lot of encounters simply by mashing the cross and circle buttons and occcasionally pressing square to recharge, or simply going straight in for your supercharge transformation. While it does become significantly more challenging, with the occasional and nasty difficulty spike, it’s not always as hard as it likes to make out.

Admittedly, for a game that spends a lot of time explaining things, it either does a bad job of explaining them or leaves some key stuff hard to grasp. Hours after starting play I had little idea how the character progression and equipment fusion and combination systems worked, even though these clearly played a big part in the game. Some I’ve subsequently learnt through trial and error, but if you asked me to explain them then, frankly, I’d struggle to come up with anything vaguely comprehensible. 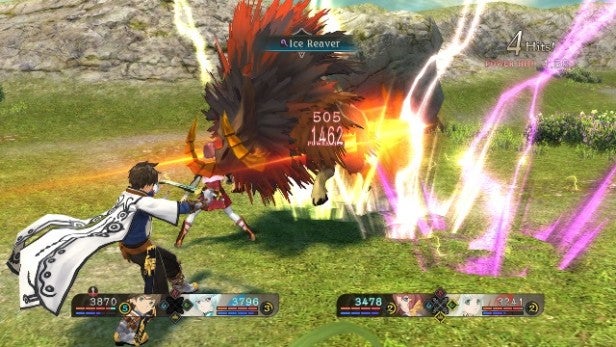 That won’t bother the more committed JRPG fans, who will find a lot to like about this latest Tales. It’s cel-shaded cartoon graphics aren’t the most cutting-edge or detailed, but there’s some nice work with dynamic shadows and the hand-animated major cut-scenes are beautifully done. There’s real depth to the combat and progression systems, and the challenge keeps scaling nicely. The script can be funny and the characters are distinctive, particularly once you discover the more interesting Seraphim, as Sorey, Mikleo and the princess Alisha make for a slightly generic crew. You can dodge past wandering monsters without fighting all of them, and there’s a big world and an even bigger story to explore.

Occasional JRPG players or naysayers might not be so convinced. While some of the game’s sequences and settings are brilliant – a creepy museum in a plague-ridden town springs immediately to mind – there are a lot of almost featureless dungeons to conquer, and the cities, palaces and wilderness areas aren’t at all convincing. There’s no reason why a JRPG can’t have a world as detailed and believable as those of Skyrim or The Witcher 3, but Taes of Zestiria doesn’t give us anything that Dragon Quest VIII or Final Fantasy XII wasn’t giving us nine to ten years ago. The full HD visuals are beautifully crisp and the combat engaging, but the experience hasn’t moved on one bit.

Verdict
That doesn’t make Tales of Zestiria a bad JRPG. It has its dull passages and a tendency for endless exposition, but it’s still brighter, more colourful and more immediately fun than any of the recent Final Fantasies, and it’s arguably the best thing the genre has thrown up since Ni-No-Kuni. Like many JRPGs, it gets better the more time you put in, the more you understand its systems and the more you get to know and likes its characters. All the same, this is another solid entry in the Tales saga rather than the breakout hit you might have hoped for. It will chime well with the faithful, but it’s unlikely to bring any new converts round.