Available on iOS and Android
Any developer that launches a kart racer can pretty much guarantee that the first question from any journalist surveying their efforts will focus around one game: Mario Kart.

Wisely or not, most studios tend to dodge such comparisons: to be frank, any game that attempts to measure itself against one of the most critically acclaimed racing franchises of all time is likely to come off second best. Hop onto the App Store page for Tail Drift, however, and you’ll see a reference to Nintendo’s Italian plumber standing front and centre in the app description. 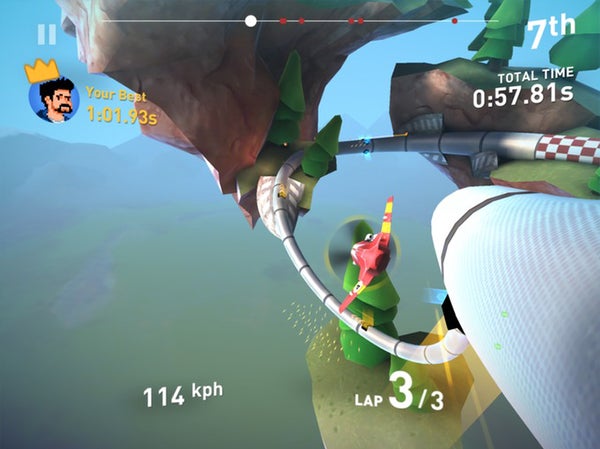 Developer Right Pedal Studios may feel it has afforded itself insulation from any such criticism thanks to fact that Tail Drift is a kart racer than doesn’t actually feature any karts. Instead, Tail Drift takes the tumultuous style of play that is the karting genre’s signature and charges players with replicating it in the sky.

Indeed, five minutes taking on Tail Drift suggests that Mario Kart is a slightly lazy comparison: from soundtrack to level design, the game Tail Drift wants to be is Sonic & Sega All Stars Unleashed – and it makes a good go of it, too.

The first thing to note is that developer Right Pedal Studios is acutely aware of the format it has chosen to take on. Races, which consist of three laps each, are short and sharp affairs, with some lasting well under a minute – perfect for the five minute fixes mobile does so well. Equally wisely, play doesn’t give the planes free reign to fly where they wish – the chances of racers ending up drifting off into space using either touch or accelerometer based controls especially high. Instead, flight is wrapped around a tube that winds its way around each stage. 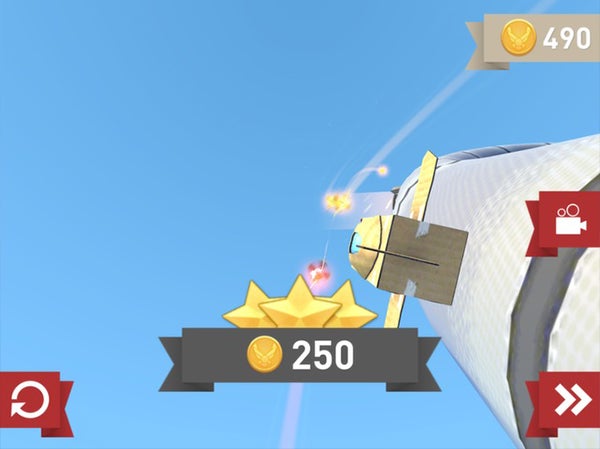 Success, therefore, comes from finding the right path – darting between the yellow boost pads dotted around the track and also picking up the power ups that, perhaps predictably, are designed to either take your opponents down or send your own ship speeding ahead.

What makes Tail Drift interesting, however, is that, whether you’re taking on a time trial, driving through some ingenious check points (the art of aiming for just a small slither of each gateway one that takes some severe practice) or taking on six other planes in a full on race, your path to glory remains the same: study each track, work out how to make use of the bonuses on offer, and swing your way from one boost to the next. 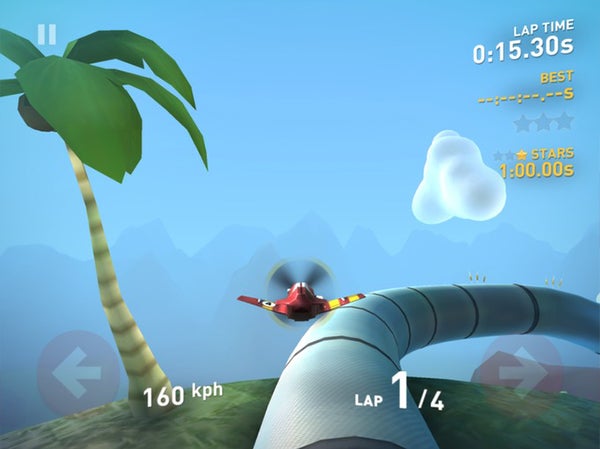 This is not a simple exercise, however. Because levels are wrapped around giant tubes, races are 360 degree encounters, and managing to stay on the right side of the track is no easy affair. It’s like picking a lock: managing to stay ahead of the pack means twisting and turning from the start of the level until the finish line, dodging any blockers in your path and staying out of trouble. One false move or one boost missed, and you’ll fall back down the pack.

Persistence is key here; though Tail Drift is a paid game, it does require you to grind to progress, replaying failed levels until you’ve amassed enough in-game currency to upgrade your vehicle which, in turn, increases your chances of coming out on top. 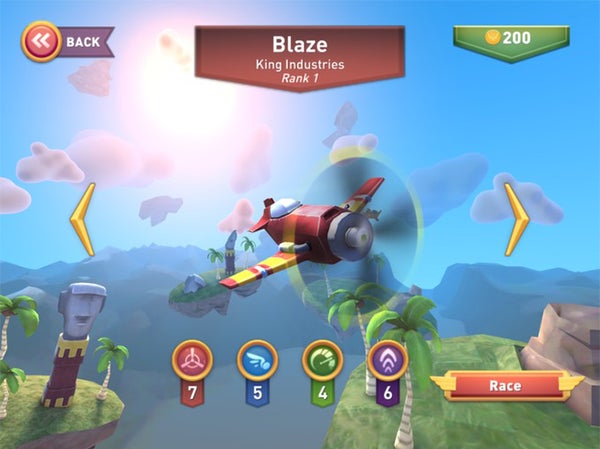 What makes this repetition acceptable, however, is that taking on Tail Drift’s levels is somewhat addictive. The concise nature of the races and the hectic nature of their design means re-playing a stage is no great undertaking and each encounter feels different to the last, even if it’s taking place on a course you’ve been tackling for the best part of an hour.

As things stand, Tail Drift’s one big draw back is that the succinct nature of its tracks is mirrored in the equally compact nature of its campaign: the game currently spans across just two zones that, though full of multiple different races and challenges, equate to a rather short adventure. A third batch of levels is hinted at in the game’s main menu, however – a “medium class” batch of levels “coming soon”. 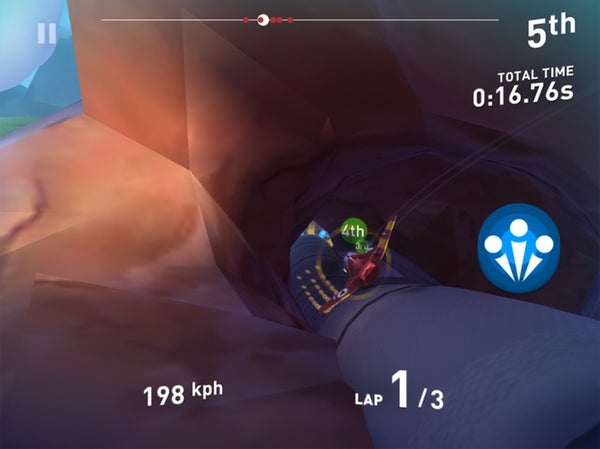 Regardless, even in its current form, Tail Drift is nothing to be sniffed at. In truth, any comparisons to Mario Kart are misplaced – the power-ups on offer nowhere near enough inventive and the AI of the competitors too retrained to match Mario at his own game. However, Tail Drift is as frenetic as it is accessible, serving up a slice of skybound skirmish that, while far from deep, soars to some impressive highs.

Verdict
Tail Drift may like to pitch itself as Mario Kart with planes, but in truth the action is much shorter, sharper and more hectic than in even the most frenzied Mario Kart encounter, serving up a succinct but satisfying sliver of airborne action.