As a result of DSM, setup is a
breeze. Once booted up the NAS can be detected by typing
‘find.synology.com’ into a web browser or downloading the Synology
Assistant from the website. Upon detection the browser-based setup lets
you pick username, password, setup remote access and decide upon the
RAID type (SHR wisely chosen by default). A wizard then guides you
around the DSM desktop on first boot.

One aspect that will need a
little more of your time though is the physical setup. Unlike the
DS414, the slim doesn’t have tool-less bays and each drive needs to be
screwed into its holder. Given how often drives are swapped in a NAS
this isn’t a big deal and the drives feel very secure, but it will add
10 minutes to your setup and the tiny screws can be fiddly. 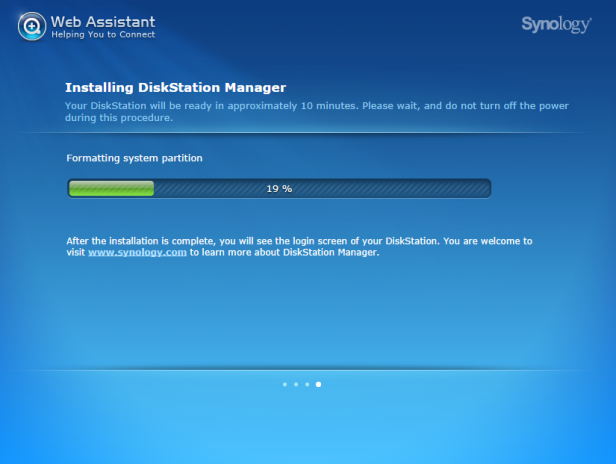 Given
the slim uses the same chipset as the ReadyNAS 102 we were expecting to
see similar results (strong reads, weak writes) but it proved a
significant step up from Netgear’s offering. 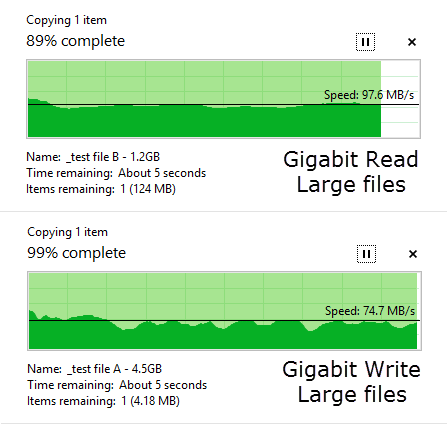 Transferring
large files across our network using WD Red drives saw the slim achieve
consistent read speeds of 97.6MBps (780Mbps) while writes managed
74.7MBps (597.6Mbps). The former doesn’t quite hit the limits of Gigabit
Ethernet (circa 110MBps) meaning the inclusion of Link Aggregation is
more about a failsafe than the speed benefits, but it is plenty fast
enough for most.

Where our interest lies, however, are the write
speeds which are nearly 50 per cent higher than what was achieved by
the ReadyNAS 102. They are also much faster than Synology quotes on its
website. This may be because the speed isn’t always consistent, but it
is a rare example of a manufacturer underselling its device. Predictably
neither result compares to the Gigabit smashing performance of the
DS414, but it is a match for that of the more expensive dual bay DS214play. 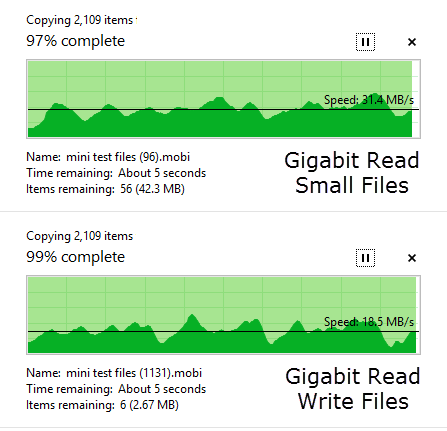 It
was a similar story with the more processor intensive small file test.
Here we pass a 2GB folder of over 2,000 files across the network and
again the slim held its own with average read and write speeds of
31.4MBps (251.2Mbps) and 18.5MBps (148Mbps). Both are more than 50 per
cent slower than the DS414, but they are 50 per cent faster than the
ReadyNAS 102. However Synology has squeezed more performance out of the
Marvel chip, it has worked.

Lastly, while the focus on 2.5in
drives may put the slim on a performance disadvantage, where it can
stand tall over its 3.5in rivals are the acoustics. Synology quotes an
unpopulated noise level of just 21 decibels and with our WD Red drives
it only increased to 24 decibels at one metre which means it will remain
below audible noise levels unless the NAS is being intensively worked. 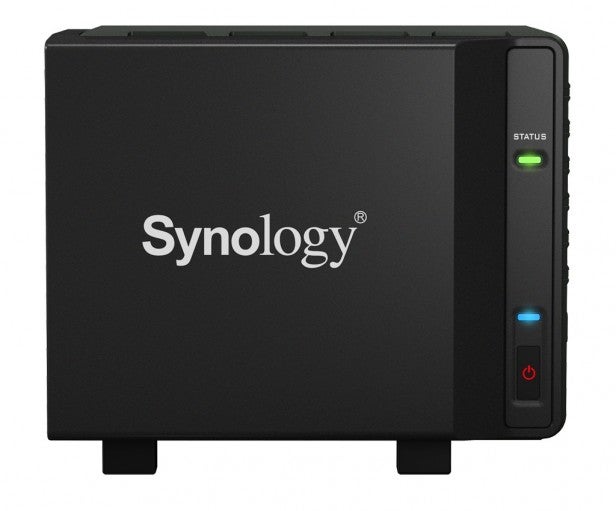 Should I buy the Synology DS414slim?

While we have some doubts about whether the reduction in size is worth the
significant compromise in storage (2.5in drives current max out at 2TB
whereas 3.5in drives recently hit 6TB and cost far less size-for-size)
those convinced smaller is better will be very happy with the DS414slim.

But while 2.5in NAS still seems like a strange idea, there are few finer examples than Synology’s latest. If it’s what you’re after, it’s a very good choice.

A very good 2.5-inch NAS system. If space is a priority then it’s well worth considering.

Next, read our Synology DiskStation DS414 review or check out more NAS Reviews