If you’re familiar with Synology NAS units and the DiskStation Manager software, most of this section won’t be news to you. Synology is at the top of its game when it comes to UI design, and this is apparent from the moment you turn on the DS216play.

The UI and software design is fabulous. It’s based on Linux and presents a WIMP interface with windows and folders of settings, so navigation will be instantly familiar to anyone. Settings are displayed with big bold icons and rich graphics. It’s clear to see that plenty of thought and planning has taken place behind the scenes, and even though other NAS vendors are getting ever closer, it’s still the best in the business. 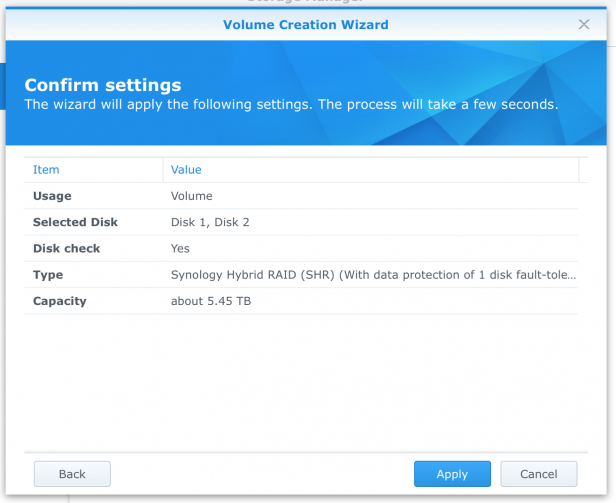 Assuming you use two disks, the RAID setup lets you choose between Quick and Custom. Quick mode uses Synology Hybrid Raid, a more flexible RAID implementation that allows for dynamic disk swapping to make better use of the storage capacity of different-sized drives.

Under the Custom option there’s the choice of RAID0 to maximise performance and combine the available capacity of both disks, or JBOD mode, which uses each disk as a separate volume.

All the popular sharing protocols are supported across Windows, Mac and Linux, from FTP to SMB2, AFP, CIFS, NFS and WebDAV, with Recycle Bin support too. Administration is via user groups, with read and write access permissions given to each shared folder and service. 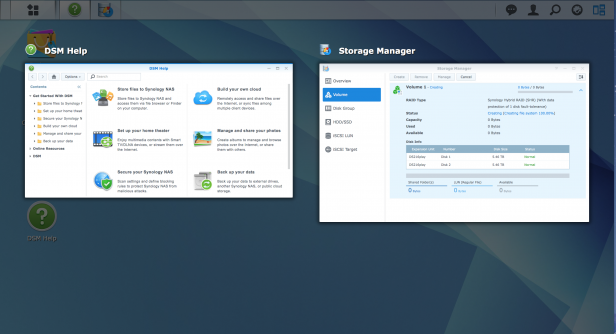 It’s also very easy to extend the capabilities of a Synology NAS with downloadable modules via the Package Centre, including torrent management software called Download Centre, as well as support for a few other file-sharing protocols. Most companies now include this feature in NAS software, but it’s particularly easy to use with DiskStation Manager.

There are a huge number of other packages, including some from Synology, which extend the capabilities of the DS216play. There are web-hosting packages such as WordPress and Drupal, phpBB and Joomla. And for advanced networking use, there’s a mail server, DNS, Git server and so on.

For remote transcoding, the Video Station software package needs to be installed, with a shared video folder created with the correct user access permissions. On mobile devices (iOS, Android and Windows Phone) there are a number of Synology applications available that allow you to log in to the NAS to browse through your media, and these mostly work well. 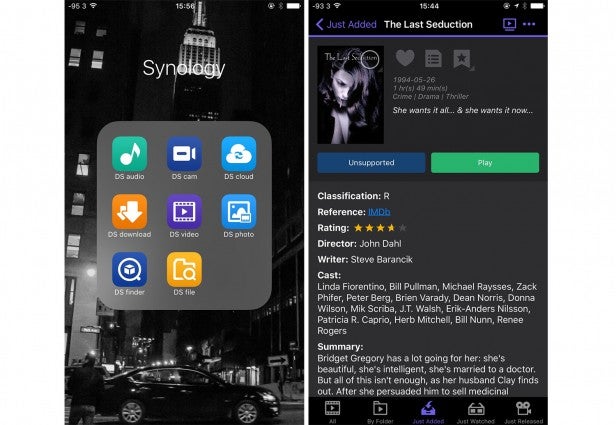 Raw file performance was tested using the Windows Terminal command Robocopy. Two 5GB folders, one containing two large 2.5GB video files and another containing smaller images ranging from 500KB to 5MB in size, were copied to and from the DS216play to test its read and write speeds. 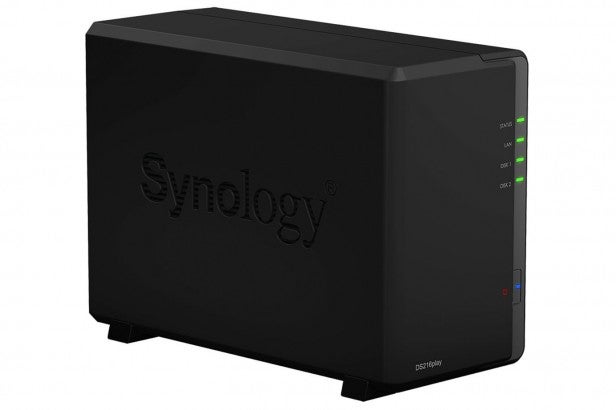 Should I buy the Synology DS216play?

Video transcoding is the main selling point of the DS216play, and here it does a good job. I tested it with a 1080p video and it took only a few seconds to stream content directly to a mobile device on the same network. It’s slightly picky with 4K content and video formats, however. I had some trouble getting a 4K video to play properly on a mobile device, although it still streamed via a web browser without any issues.

Beyond this feature, the DS216play is as robust and usable as most Synology NAS units. The software is excellent and the powerful CPU gives a boost to overall performance.

However, the faster CPU bumps the cost slightly. There are cheaper two-bay NAS units available from Synology. For example, the £104 DiskStation DS216SE has just an 800MHz Armada chip, but costs roughly half the price of the DS216play. Thecus has the £100 N2310, and there’s a £112 two-bay NAS from Qnap called the TS-212E, which has a 1.2GHz processor.

The extra performance is arguably worth it, though. If you wish to transcode video, the CPU will result in videos loading faster, and provides greater capabilities for file downloads.

If you’re not going to use these features and want a NAS that’s simply for file storage, the DS216play might be overkill – a cheaper NAS will do the job just as well.

For those looking for a two-bay NAS to store and share video and other multimedia to mobile phones, tablets and other streaming devices – as well as regular computers – the the DS216play is ideal. However, if you don’t need its trancoding abilities then there are cheaper options to be had.