Last month we took a look at the Synology DiskStation DS211j, a superb two bay NAS which brought networked storage to the masses. Now Synology is trying to overhaul the performance sector too…

Like the DS211j, the ‘Synology DiskStation DS712 ‘ is a two bay NAS server, but it is a radically different beast. The key feature is speed. Synology claims files can be transferred at over 180 megabytes per second and written at over 105Mbit. As sharp eyed readers will note, this is faster than a gigabit LAN connection so Link Aggregation (aka bonding two gigabit LAN connections together} is required to hit full speed. Needless to say, for the vast majority, this will mean NAS performance far in excess of anything they have seen to date. 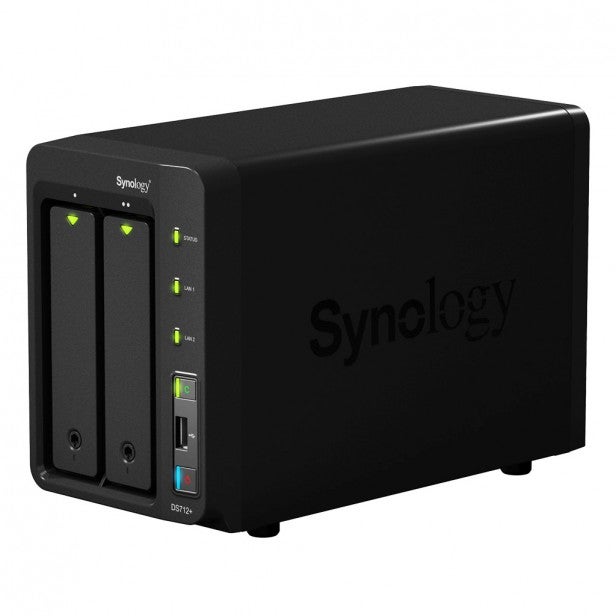 To make such mighty claims the DS712 is kitted out with an Intel Atom 1.8GHz CPU and a full gigabyte of RAM (specs which seem closer to a netbook than a NAS). It also supports 3TB drives, sports USB 2.0 and eSATA ports for connecting external HDDs and – needless to say – is equipped with x2 gigabit ports with Link Aggregation. Note you will still need Link Aggregation at your router, typically provided by a separate network switch (such as the D-Link DGS-1224T), but compliance with the 802.3ad industry standard is all that is required to ensure compatibility. In place Link Aggregation doubles gigabit performance to 2Gbps (256MB/s).

Despite this horsepower, the DS712 isn’t much bigger than the budget friendly DS211j measuring just 157 x 103.5 x 232 mm and weighing 1.69Kg. Power draw is higher though at 27.5W when active and 17.6W in standby compared to 23W and 11W for its baby brother making for an immediate trade off. On the plus side operation is living room quiet at 19.2dB, but unless you install whisper quiet drives (or for the extremely well heeled, SSDs) cumulative noise levels mean the DS712 is best kept out of sight. This isn’t to say the NAS would look out of place on display, however, the tasteful matt black finish is combined with excellent build quality and looks better than most AV equipment. Kept in a convenient location, the front loading drive bays also allow for easy HDD access and each bay can be locked to secure it against prying hands. 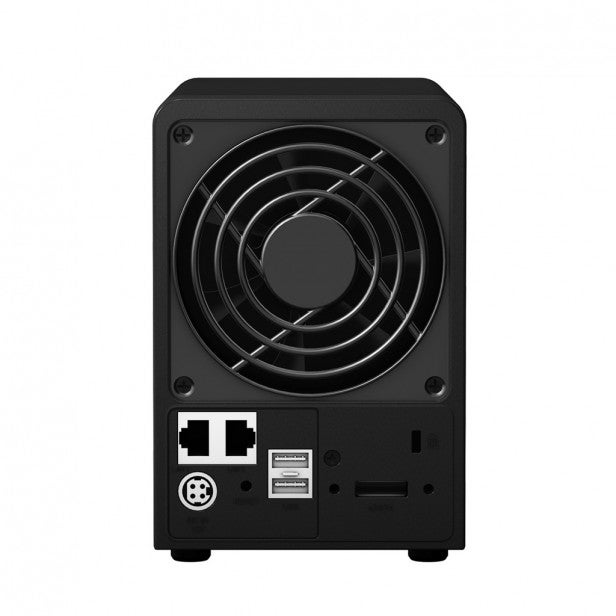 So what about setup? The DS712 has options galore. Drives attach to rails which slide in, locking into place and once inside JBOD, RAID 0, RAID 1, RAID 5, RAID 5 Spare, RAID 6 and RAID 10 compatibility mean there are a virtually limitless array of storage configurations. That said the majority will use Synology’s Hybrid RAID, which allows drives to be hot swapped with the array automatically rebuilt to support a larger capacity. D-Link has been providing a similar feature for years courtesy of its X-RAID proprietary technology, but seeing it here is no less welcome.

Software setup is similarly straightforward. Like all modern Synology NAS, the DS712 uses the DiskStaton Manager (DSM) user interface. Unlike the menu driven systems of most NAS, DSM (currently at v3.2) runs a Mac OS X-style desktop with clickable icons, pop up windows and a drag and drop interface. It also supports multitasking so you can set one command in motion, leave its window open, and move onto another task. Setting up a NAS is never child’s play, but this is certainly the easiest and most intuitive system we have seen to date. A live demo of DSM can be tried here. 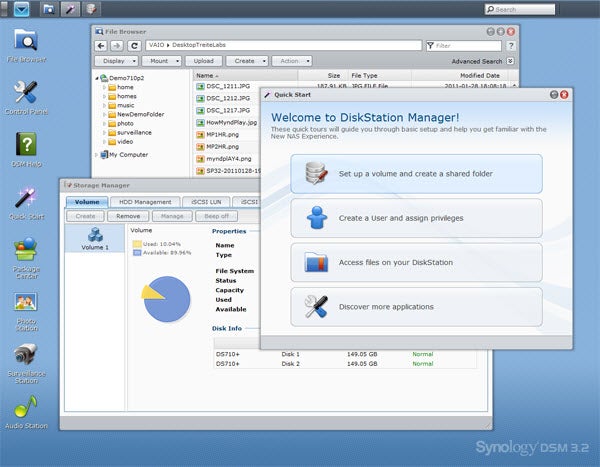 Once up and running the first thing to do was examine Synology’s performance claims. Test the DS712 without Link Aggregation (we suspect the most common arrangement) and results are similar to many NAS we have tested with large file (4GB) read/write times averaging 57.2MB/s and 43.2MB/s. FTP speeds, as always, were better hitting 106.1MB/s download and 93.2MB/s upload which push the boundaries of the one gigabit (128MB/s) port. Naturally this drops off substantially copying small files to the NAS, which averaged 27.1MB/s read and 23MB/s write, but this is more the limitation of an HDD than that of the NAS itself. With Link Aggregation the picture changes again, the NAS is noticeably more responsive, and while this has little impact on the maximum speed of small file transfers, FTP transfers briefly hit 171MB/s before settling at 122MB/s which indicates we are enjoying the burst speed of our drives before being restricted by their maximum sustained performance.

All of which indicates that a) the DS712 is very fast, but not excessively faster than other NAS in everyday usage and b) with Link Aggregation enabled you are limited primarily by your hard drives. The consequence of this is you are future proofed, but unless you require extreme performance in niche situations and are prepared to splash out for high end hard drives or even SSDs you won’t see a significant benefit. 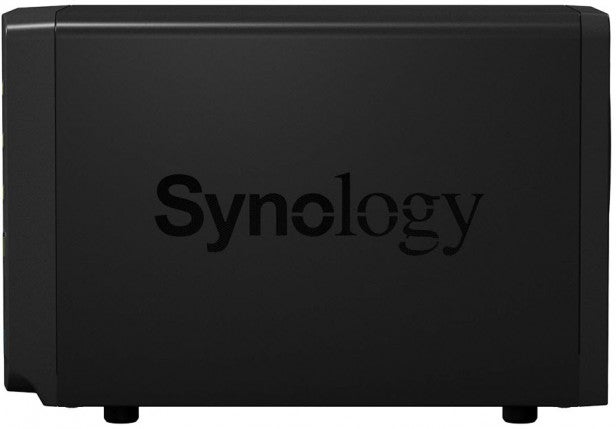 Then again with a £399 RRP (backed up by a three year warranty) Synology isn’t charging the earth for this added functionality and a Link Aggregation compatible network switch such as the ProCurve 1700-8 doesn’t cost much more than £50. The DS712 also provides you with a super fast core system which can add another five drives in time using Synology’s DX510 five bay expansion unit (RRP £389). This gives you a potential 21TB setup with blazing performance for around £800. Given Netgear’s (still excellent) midrange, four bay ReadyNAS NVX retailed for £960 just two years ago it shows the leaps and bounds the industry has come on.

Furthermore all Synology drives enjoy extensive software support with Apple Time Machine, iTunes and WMWare compatibility and smartphone apps. There is even remote monitoring capability through a compatible camera” IP camera connected to the network. The flexibility is tremendous.

”’Verdict”’
Few will take advantage of the Link Aggregation technology which gives the Synology DS712 its primary advantage. Despite this the speed benefits for those who do are extremely impressive while the build quality, DiskStation Manager user interface and wide ranging software support are first class. Ultimately casual users should stick to the company’s budget friendly DS211j, but speed freaks looking to future proof their NAS without spending a small fortune will be well rewarded.