But what about performance given that slower Atom chip? As expected it brought good and bad news. 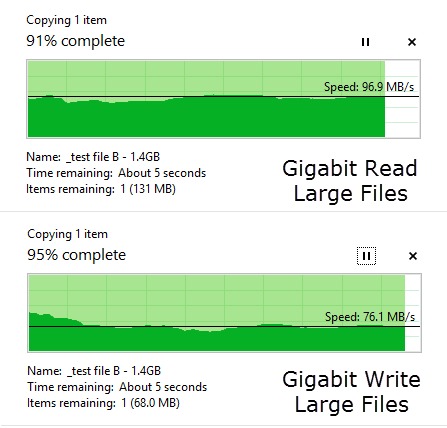 The bad is the DS415play is nowhere near as fast as the DS414. Dragging large files across our network it managed read and write speeds averaging 96.9MBps (775.2Mbps) and 76.1MBps (608.8Mbps) respectfully, roughly 10 per cent and 30 per cent down compared to the DS414. The DS415play read speeds were 10 per cent faster than the DS214play (possibly due to subsequent software upgrades) but write performance was virtually identical.

The theme continued with our CPU-stressing small files test which drags a 2GB folder of over 2,000 files across our network. The DS415play managed average read speeds of 35.5MBps (284Mbps) and write speeds of 15.1MBps (120.8MBps). Again read speeds were nearly 10 per cent faster than the DS214play while writes were the same, but the DS414 streaks ahead with 15 per cent faster reads (44.2MBps) and a massive 150 per cent improvement on writes (38.5MBps). 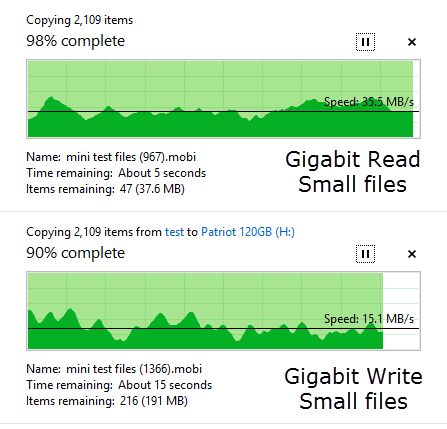 But now the good news: the DS415play is a superb media server. Real time Full HD video transcoding will be what attracts many buyers and here the NAS rarely falters. You will need to download the Media Server app and ‘Enable video transcoding’ from the DMA Compatibility tab which is odd considering this is such core part of the DS415play offering, but then you are good to go.

Virtually everything we tried to stream from the DS415play played back without any problems and you can add more file types by manually typing them in (grab below). Most notable was the near-100 per cent success rate with MKV files running on consoles and Windows Media Player (minus an MKV codec). Audio and video run in sync and play smoothly, though because the files are transcoded on the fly you won’t be able to skip ahead from the get go.

As always with transcoding we did find one or two files that didn’t play perfectly and we’d recommend not transcoding to two devices at once (performance bogs down and can occasionally stutter) but otherwise it was very slick experience. One grumble is the lack of an HDMI port for directly connecting the DS415play to your TV, but most TVs have integrated WiFi these days anyway so they can access the files across your network.

We also end on further good news because the DS415play is extremely quiet. This shouldn’t be a surprise given it uses the same whisper quiet fan as the DS414 and while much will depend on the drives you choose (we use WD Red drives in our tests) we found it sat around 25-30 decibels when measured from one metre. This means the NAS will be largely inaudible in all but a completely silent room so has great living room manners. 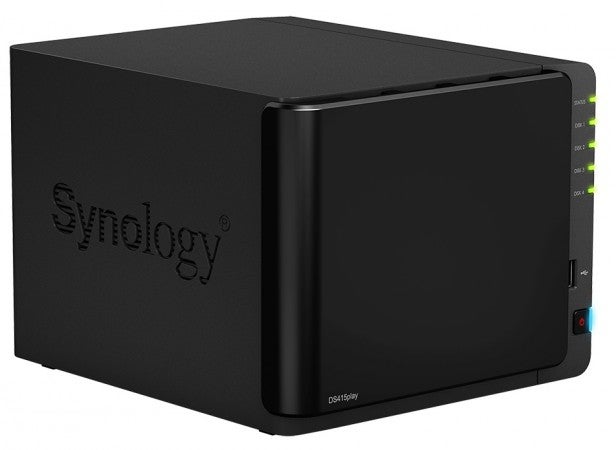 Should I buy the Synology DiskStation DS415play?

At £399 we say yes, but with one key condition: be sure you need the transcoding. We say this because many smart TVs support multiple media formats these days and phones and tablets have real-time transcoding apps. There is also a £50 price premium compared to the much faster DS414.

That said if you do need it, media-savvy four bay NAS don’t get much better.

The Synology DS415play is an impressive hybrid device. It has the looks and capacity of the mighty DS414, but in reality is actually a four-bay version of the media-focused DS214play. As such it does a fine job transcoding media files on the fly. However, it comes with a price premium so make sure you need its transcoding before opening your wallet.