The divider between home and small business NAS devices isn’t particularly clear any more. The Synology DiskStation DS210+ is a fine example of this point. It could just as easily be argued as a very well featured home NAS box as it could a lower end business system.


The semantics aren’t particularly important. What matters is the feature set on offer in this update to the well-received DiskStation DS209+. Importantly the DS210+ is a good £90 cheaper (disk-less) than its predecessor, which is a big tick in the plus column. 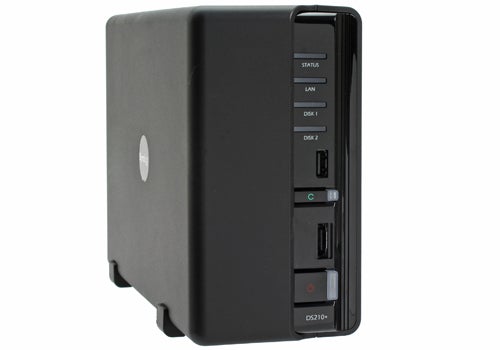 The chassis, which can hold two discs, is almost unchanged. The front is home to an eSATA port, a USB port, a few status LEDs, a power button, and a quick-transfer button. This automatically dumps everything on an attached flash drive into a folder on the internal storage of the DS210+ which is rather useful.


The rear panel is home to a Kensington lock point, two USB ports, a Gigabit Ethernet port and the device’s power input. These rear USB ports can be used either to connect additional storage, a printer – which can then be shared with computers on your network – or a camera to the DS210+. 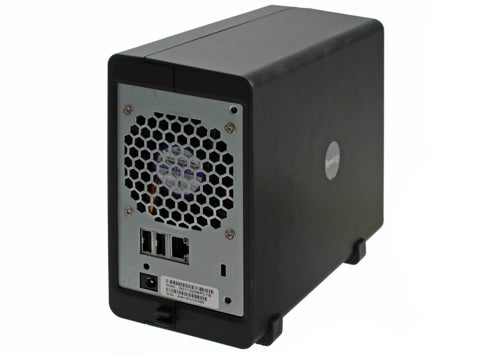 Internally the DS210+ has a 1.06GHz Freescale mpc8533e PPC Processor, 512MB of RAM and can support up to 4TB of storage (in the form of two 2TB drives). The DS210+ also offers 256-bit AES hardware encryption, offloading the task from the CPU. Regardless the components used, the DS210+ remained responsive throughout our testing, never showing a sign of slowing down.

The set-up process is a little convoluted, as the Linux operating system used by the DS210+ must be installed onto the fitted storage, sacrificing a bit of capacity. We downloaded the latest from Synology’s website, but a less recent version was included on the installation CD. Usefully, the setup program will locate the DS210+ on your network saving you the effort of playing about with IP addresses.


Once the basic setup is complete you’ll need to access the DS210+ admin interface, which is among the best we’ve seen. The menus are logically laid out and clearly labelled and the Ajax effects, while arguably gratuitous in places, add a touch of class and do add some nicety (automatically refreshing progress indicators, for example) in places. 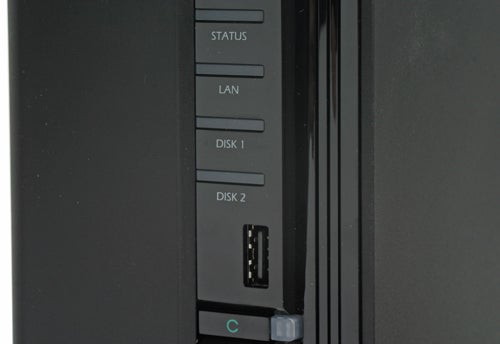 Volume management options are limited by the number of disks installable. RAID 0, RAID 1 or JBOD configuration is possible with, as previously mentioned, hardware encryption available should you want or need it. Shared folders get a number of options dictating who has rights to access them via what file transfer protocols (Windows, FTP, and so on).


The DS210+ predictably features a DLNA and uPnP compatible media server, in addition to functioning as an iTunes server. The full list of supported file formats is too long to list, but all of the important ones make it, including FLAC, MP3, AVI and MKV.

One slightly strange feature is Audio Station 2. With this, you can attach a pair of USB speakers to the DS210+ and play music stored on it using them. It’s a quirky feature but could prove useful. It’s hardly a replacement for a decent Squeezebox or Sonos install, though.


More likely to be used on the DS210+ is its Download Station 2. As well as letting you use the DS210+ to download files over HTTP and FTP, this also works with BitTorrent and eMule. This is particularly useful when combined with the Synology Download Redirector which, when installed on your computer, intercepts downloads and has the DS210+ handle them instead. 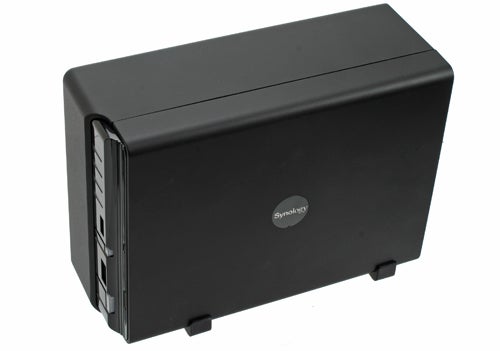 Surveillance Station 4 lets the DS210+ act as a repository for recording or still taken from a camera connected to one of its USB ports. Also rather neat is a trio of iPhone applications, DS photo, DS audio and DS cam, giving access to photo, audio and control of attached cameras respectively. Obviously it would be good if other platforms were catered to than just Apple’s, but the apps themselves can’t be faulted.


The DS210+ can even be used to host a website, as it has a built in Apache server, as well as support for PHP and an internal MySQL database. Obviously it’s not a replacement for a real web server, but for hosting a personal site or a small company’s internal intranet it will probably suffice. 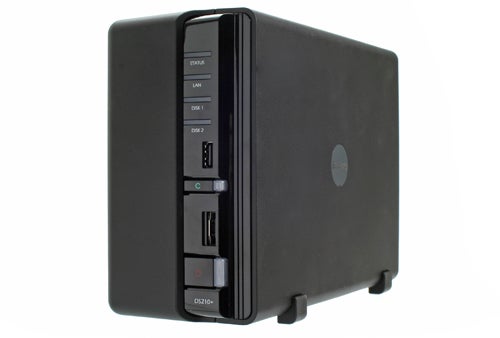 Synology provides a number of plug-in packages that add extra functionality to that provided by default. These include SqueezeCentre and Mail Station, the former letting the DS210+ work as a Squeezebox server, and the latter setting up the NAS device as a basic mail server. Because the DS210+ runs Linux, it’s also possible to craft custom packages to install, assuming your IT dept has the skill.


There are cheaper NAS options out there, but that doesn’t make the DS210+ a bad buy. It’s compact, fast and feature rich – everything you want from a NAS device.