There’s a well worn joke within the games industry that gamers who find out they have a talent for coding and game design go on to become developers when they get older. Those who lack such abilities, however, become games journalists.

If I’m honest, I can vouch for the legitimacy of such a view. Anyone who watched me mess around with the debug mode in any of the original Sonic the Hedgehogs will know that my strategy of spelling out my name with rings didn’t exactly lead to compelling level design.

Creative though I may be – you’ll struggle to find anyone who draws better doodles of Sonic ensuring Big the Cat suffers a horrific death during my idle moments than me – game development is not something I could turn my hand to. Yet conversely, I can sit here tapping away at my laptop rustling up anecdotes about Sega mascots all day long. Safe to say I made the right choice. 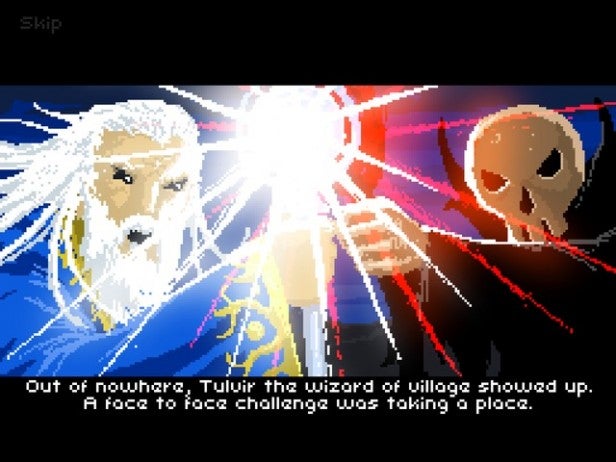 Sword of Xolan, however, feels very much like the end product of someone who wanted to make good on their adolescent adoration of all things video games. This means that this is a game with real soul, real flair, and real retro appeal, but it also means that a lot of what’s contained within feels somewhat familiar; a genuine advantage when it comes to making players feel instantly at home, but a weakness if you’re looking to surprise or challenge them in any shape or form.

With the now typical pixel art look mastered from beginning to end, Sword of Xolan tells the story of a prince who sets out to free a kingdom from the grips on an evil overlord, Borzandar, who has enslaved the masses and brought darkness upon the world. Yes, Sword of Xolan wins no points when it comes to the originality of its plot and, indeed, all of the characters are essentially interchangeable with any heroes or villains of your choice. All you need to know is, Xolan boasts an almighty sword, and an even more almighty beard, and it’s his job to fight through a series of short 2D action-platform stages in order to fight back against the forces of evil. 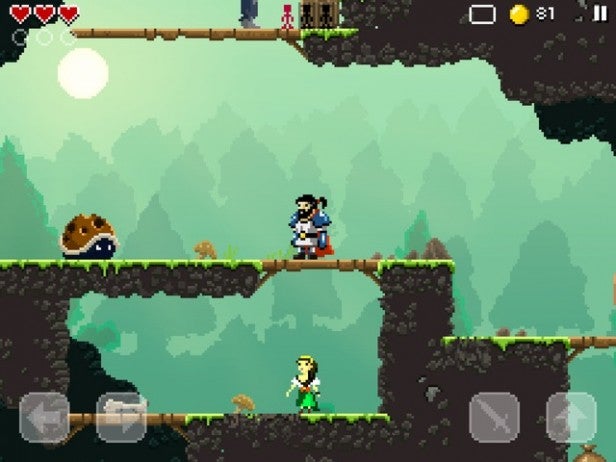 At his disposal is his aforementioned sword, which will kill any enemy with just a couple of wipes, each one releasing a bevy of goodies upon death. Fending off these foe – which in true retro style tend to pace or fly back and forth in set areas of each stage – is balanced out with other typical platforming action, like jumping around and picking up coins. There is nothing here that any retro gamer won’t instantly grasp and take to.

Mastering what’s on offer is something else entirely, however. Sword of Xolan’s stages are generally short, but they’re also fairly packed – a variety of different animals and monsters populating each stage to ensure safe spots are few and far between. With hidden areas of each level and innocent victims to rescue as well, Sword of Xolan plays like a glossary of every action platformer that hit the shelves in the 1980s and early 1990s, but it has one trick up its sleeve to ensure it doesn’t fade into mediocrity: damn good level design. 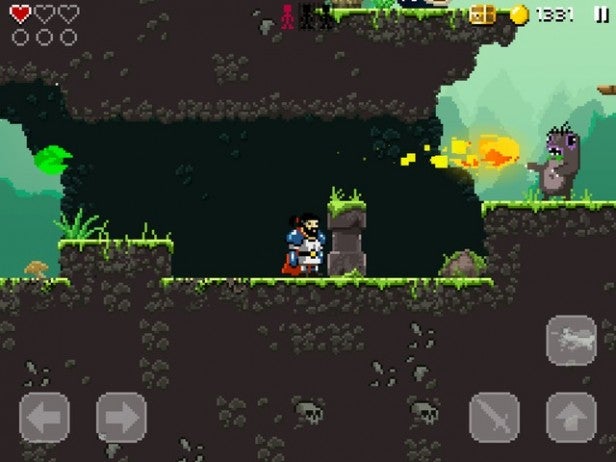 What even Sword of Xolan doubters won’t be able to overlook is that it’s just good fun to play, and that’s namely because of the well crafted nature of its stages. The developer has managed to ensure that none of the levels feels too weighty or too long for mobile-based play, but at the same time, Sword of Xolan manages to build a real rhythm, serving up tight and tense stages that keep you on your toes from start to finish. Add to this a perfectly judged control system that makes nonsense the suggestion that touchscreen devices can’t handle virtual controls, and you have an ode to gaming of old that feels perfectly at home on a bastion of the modern era.

It is, in short, a must play for anyone who has a penchant for platformers. It’s by no means perfect, and there’s very little here that pushes the genre forward, but it serves as a prime example of the value of good game design, helping to highlight just why this particular games journalist is far happier playing games than making them.

Verdict
Like a present from gaming past gift wrapped and hand delivered to the modern generation, Sword of Xolan does very little to push the platforming genre forward, but it does deliver an entertaining and incredibly well designed action adventure that plays brilliantly in short bursts but will also challenge anyone looking for a true 2D test on iOS.