As smart as our homes have become, most of us still have to get up to close (or open) our curtains, since motorised rails are expensive and can be difficult to fit. However, the SwitchBot Curtain provides a simple upgrade that turns your dumb curtains into smart ones in a matter of minutes.

Most smart curtains require to you replace the curtain rail with a new one, but the SwitchBot Curtain is different. Here, you get a robot that clips onto your existing curtain rail, moving side-to-side to open or close your curtains automatically.

The Rod model of SwitchBot Curtain is clipped over the curtain rail between the first and second hangers. My curtains have hoops at the top, so don’t need anything else; if your curtains hang by a different method, you may need the Grommet Kit ($9.99 / £9.99).

You can tuck the SwitchBot Curtain behind your curtains, to conceal most of the unit – although how successful this is will depend on how and where your curtains are hung. With my curtains, there’s quite a gap between the curtain rings and the curtains. Note that the picture below shows the SwitchBot Curtain placed in front, so you can see the full unit.

To house the batteries and a motor powerful enough to move a set of curtains, SwitchBot Curtain is rather large (116 x 65 x 51mm). Its clip slides up and then you squeeze the top to ratchet the motor into place. It’s important that you only clip the SwitchBot Curtain into place to the point it feels secure; squeeze it too hard and it won’t move. 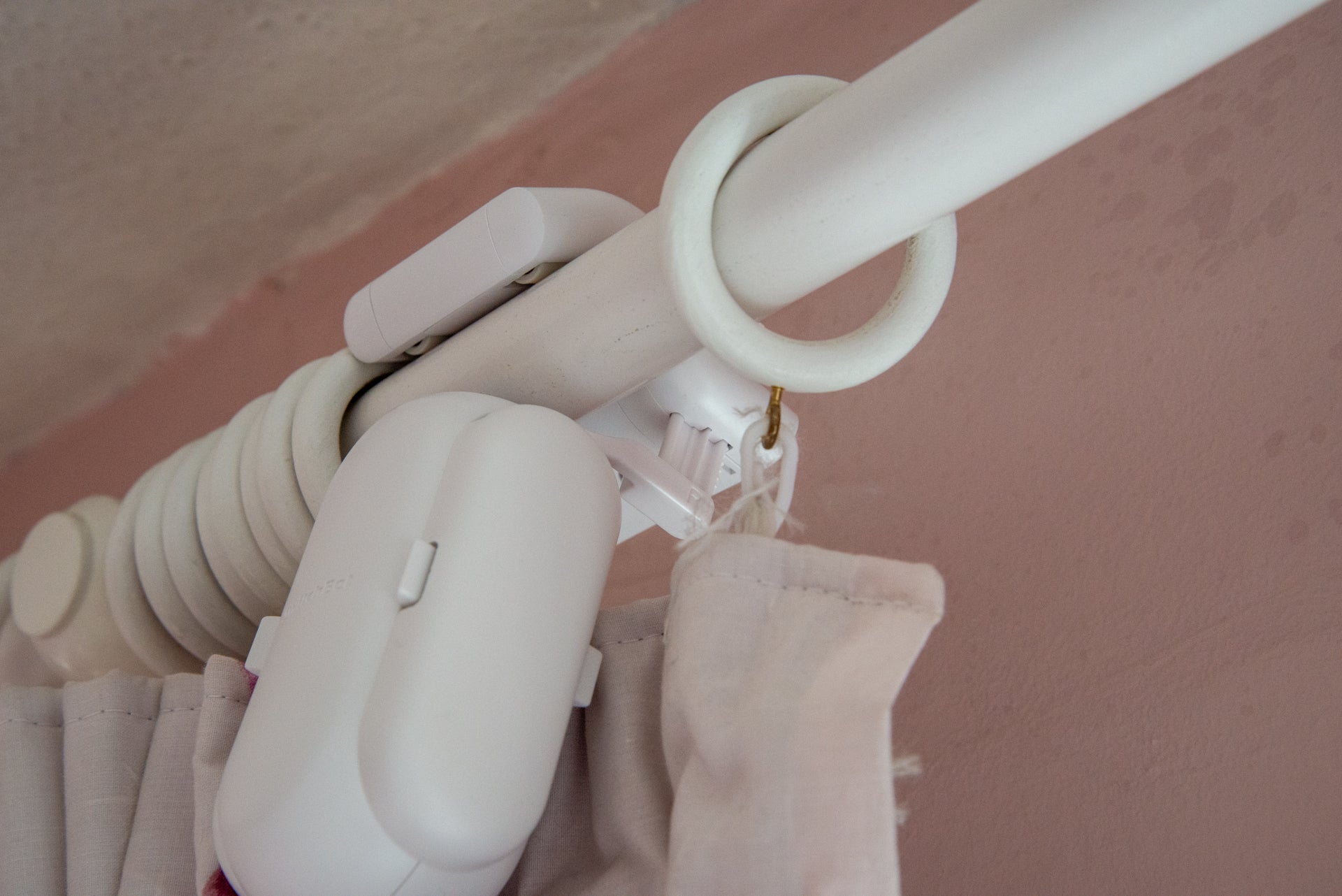 Once in place, the motors aren’t too noticeable, and you can buy them in black or white to best match your curtains and rail.

By default, the SwitchBot Curtain has an internal battery, which charges via USB-C. According to the company, the battery can last for up to eight months, after which you can remove the motors and charge them up again. If you don’t want to do this, then you can buy the optional solar panels ($25). Attach these to the back of your curtains and the battery will stay topped up permanently, without any intervention. It works, too – my curtains didn’t fall below 95% charge; but this is on south-facing windows, mind. 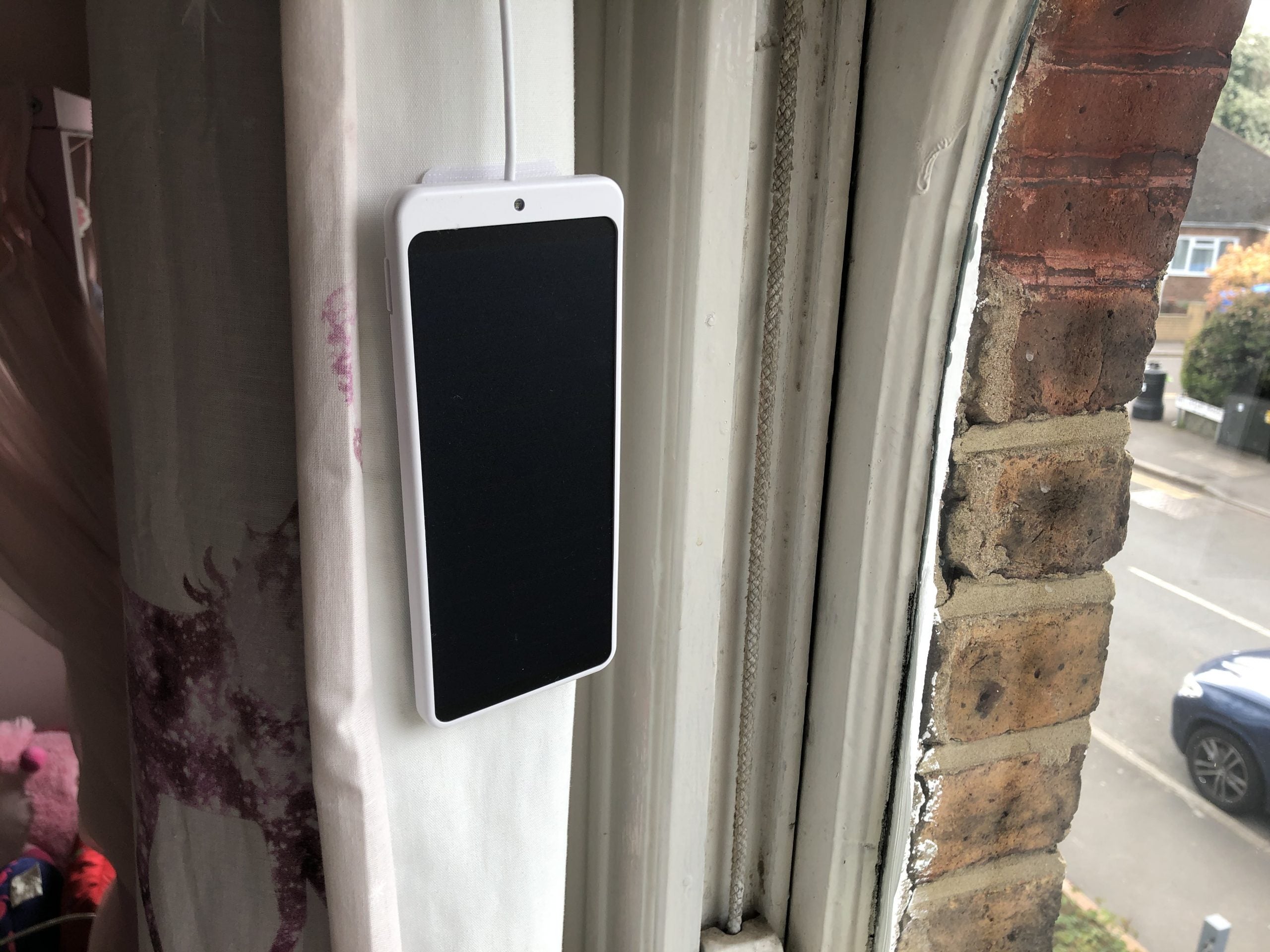 The SwitchBot Curtain communicates over Bluetooth, so initial configuration is done via your phone in range of the devices. It’s quick to pair a SwitchBot Curtain, and if you have a pair, you can tell SwitchBot that they cover one window (one on the left and one on the right).

Once paired, there’s a quick calibration phase, where you use the controls to set the open and closed positions. After that, it’s possible to remote control your devices while you’re within Bluetooth range. However, this may not be that useful. After all, walking into a room, pulling out your phone, opening the app and then closing or opening your curtains is actually more difficult and time-consuming than simply walking over to them and opening/closing them manually.

To make things easier, there are a couple of options available to you. First, there’s the SwitchBot remote, which can pair with the SwitchBot Curtain to give you remote control. You just stick the battery-powered remote where it’s most convenient, and then programme one button to open the curtains and one button to close them. 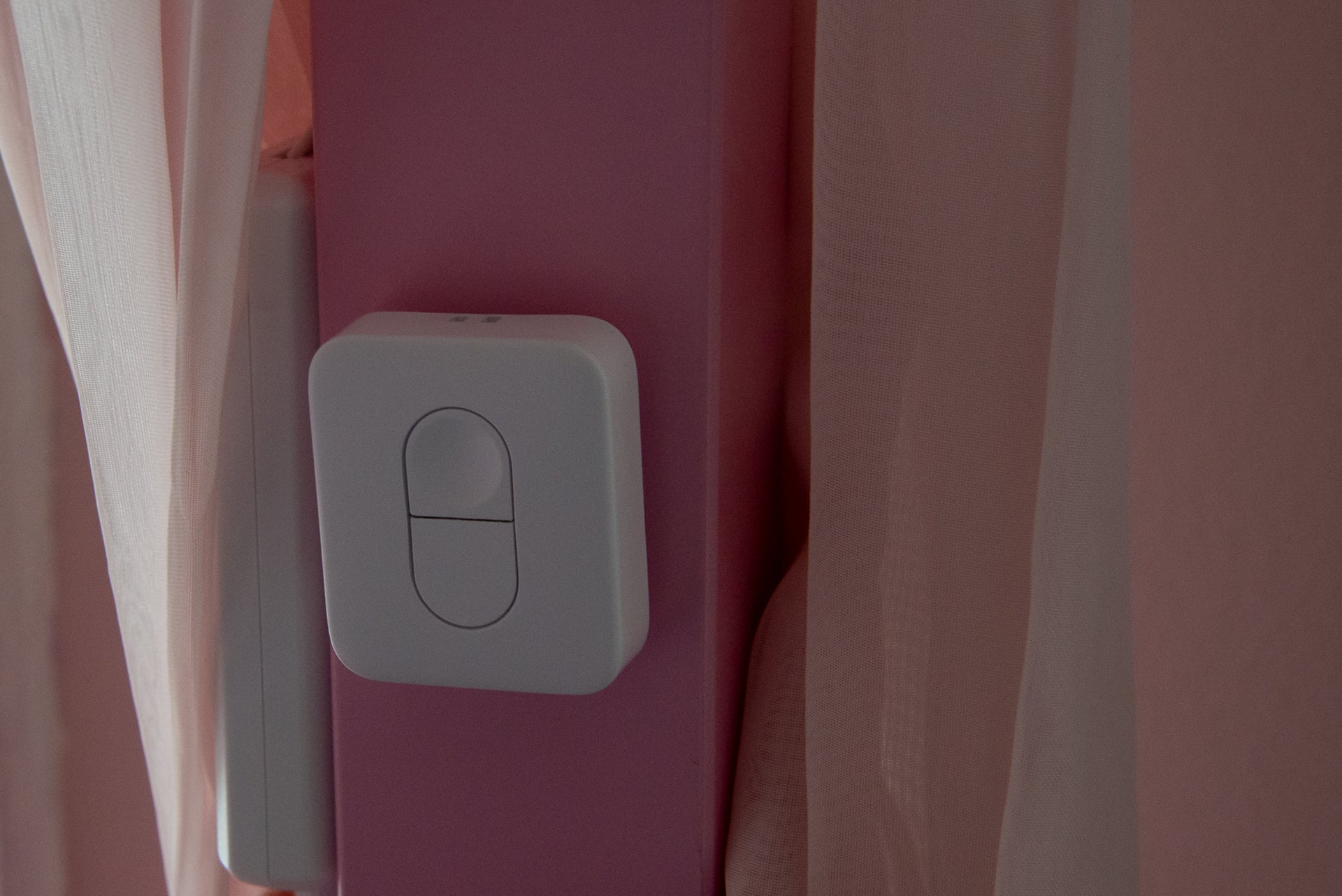 If you want remote control, you need to install the SwitchBot Hub Mini, which can also act as an IR transmitter if you want to control practically any device, from a TV to air-con. With the Hub installed, your SwitchBot Curtain will automatically communicate with this device (provided it’s within Bluetooth range). That gives you remote control over your curtains, including scheduling. 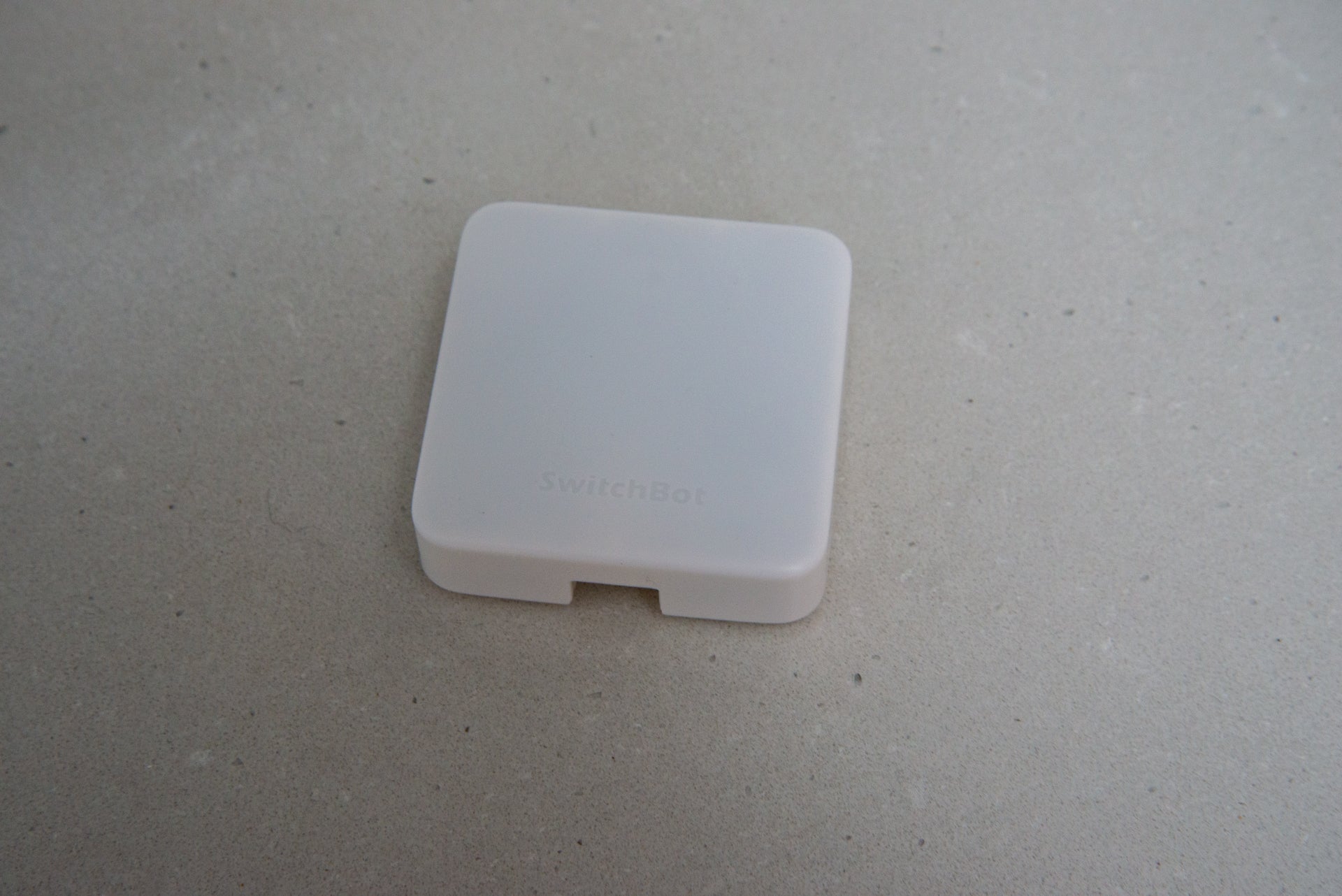 Turn on cloud access for the SwitchBot Curtain, and you can control your curtains using Amazon Alexa or the Google Assistant (Siri shortcuts are also supported). It’s at this point that SwitchBot comes into its own, both for convenience and security, as you can have your curtains open and close whilst you’re away.

The app provides fine control over your curtains, with a slider enabling you to set the percentage open, if you just want partial closure. For dual curtains, the default mode is to control both sides with the slider, but you can have individual control if you prefer. 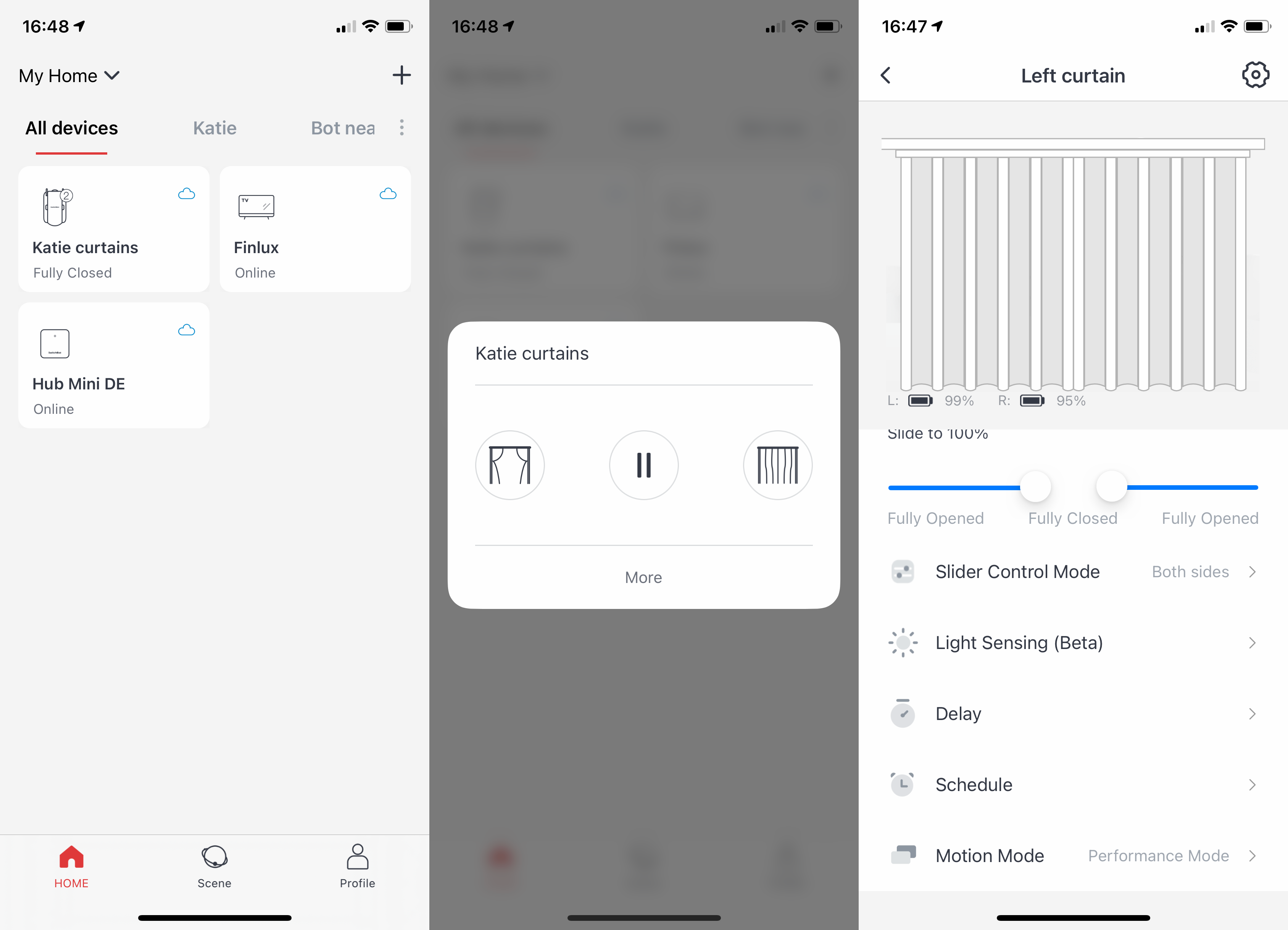 Curtains operate in performance mode by default, closing and opening at the maximum speed. There’s a quiet mode that reduces noise at the expense of speed. To be honest, the SwitchBot Curtain is so quiet anyway that most will find that there isn’t a need to change modes.

SwitchBot also offers Scenes, which let you control your curtains automatically. You can set a manual action – say, setting curtains to a default position, such as part-closed – or you can automate by using a schedule.

Add in the SwitchBot Meter ($19/£20, a thermometer and hydrometer) and you can automate based on temperature, shutting curtains when it gets too hot, and opening them again when it cools down. You have to turn on cloud access for the Meter, which wouldn’t work for me initially, since my phone was connected to the device via Bluetooth. I had to walk out of Bluetooth range, which let the Meter connect to the SwitchBot Hub Mini, after which I could enable cloud access. 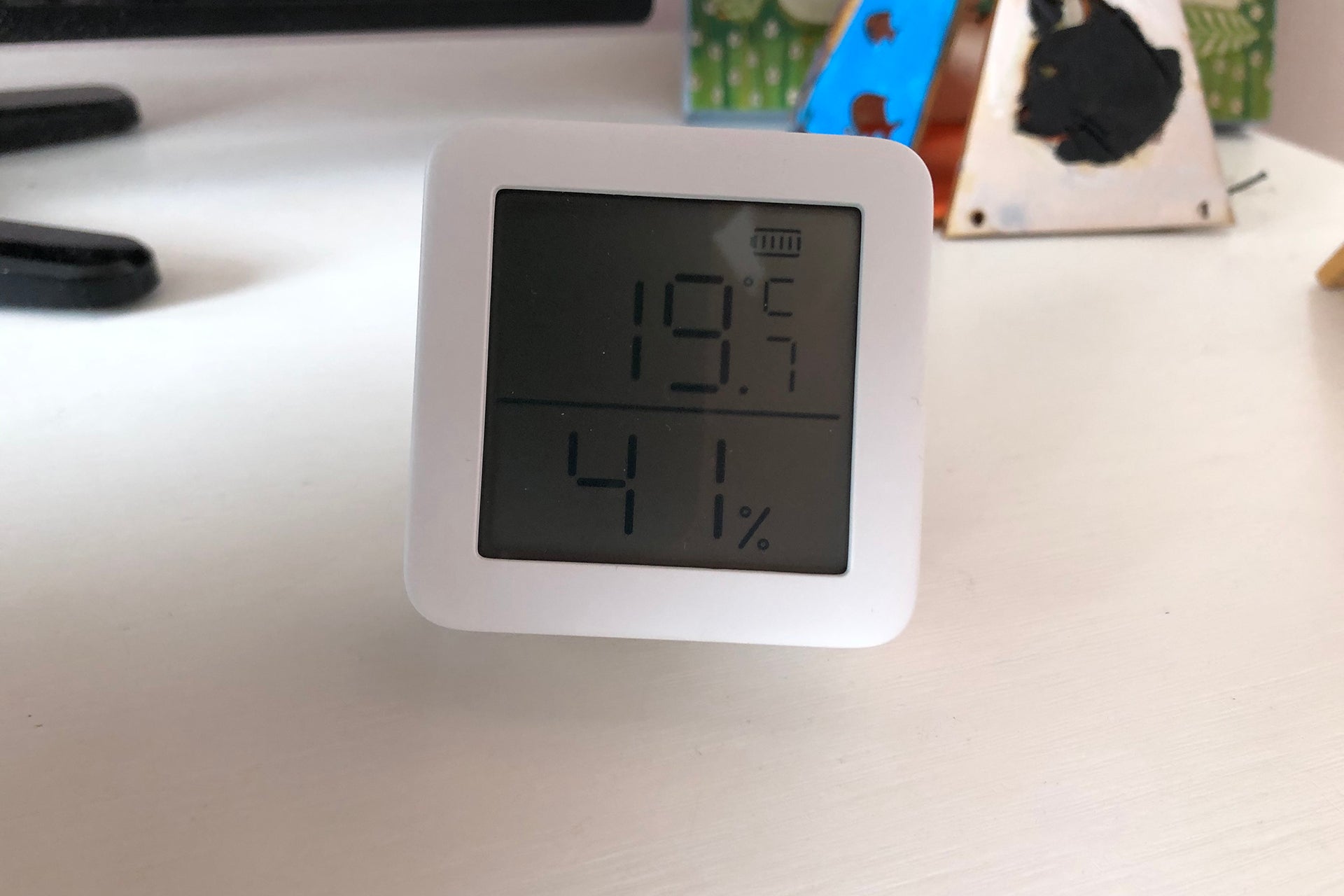 Cleverly, Scenes can be restricted to only run between certain times, so you won’t have curtains open in the middle of the night. 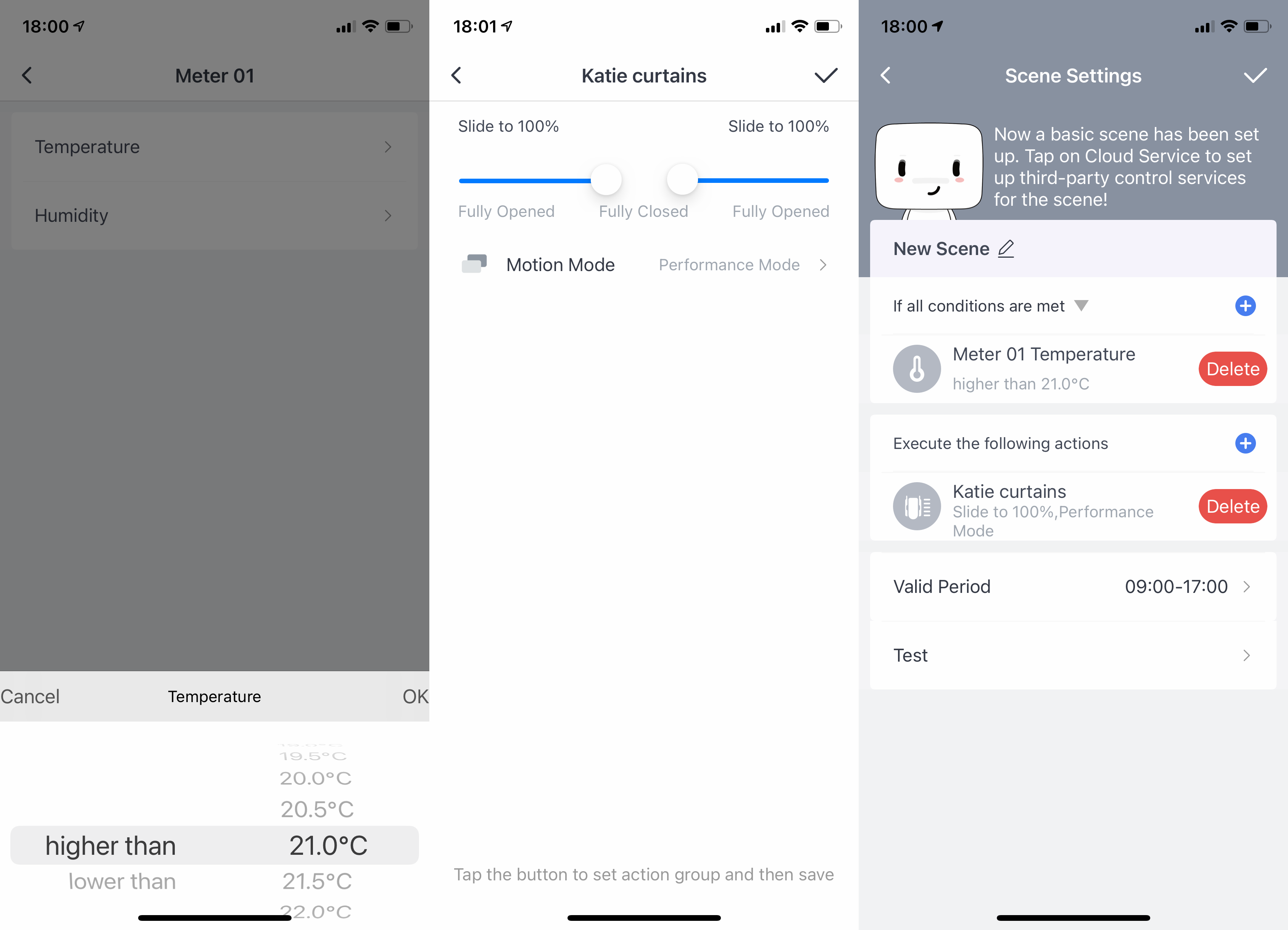 If you don’t want to use SwitchBot’s kit, then there’s also an IFTTT channel, so you can achieve some of the same functionality using a different source, such as a smart thermostat. You don’t get quite the same level of control, plus you can’t restrict IFTTT rules to run between specific times unless you upgrade to a Pro account. Even then, it’s more fiddly to programme IFTTT Pro than it is to use SwitchBot’s app.

SwitchBot integrates with SmartThings, although this didn’t appear to work very well. Although the curtains showed up in SmartThings, I couldn’t get them to respond.

Performance – Reliable local operation, but remote access to the SwitchBot Curtain can be flaky

Provided you have the SwitchBot Curtain installed correctly, and it isn’t too tight, it works brilliantly. There’s a pitched whine to the motors as they power your curtains open or closed, but the system worked flawlessly for me over a period of weeks.

Using the SwitchBot Remote was the preferred method of interaction. Thanks to the direct Bluetooth connection between the Remote and SwitchBot Curtain, I never encountered any issues with the system failing to respond.

App control was slightly less reliable through the Hub Mini, however. Quite a few times, I’d have the app saying that it couldn’t communicate with the SwitchBot Curtain and would have to retry; it would always work at the second attempt, though.

If you currently have a set of dumb curtains that you want to make smart, the SwitchBot Curtain is a great upgrade. It’s a touch bulky and the remote app control can be a little flaky, but the system is easy to set up and simple to operate, particularly if you buy the cheap SwitchBot Remote.

If you want to make your curtains smart without the hassle of replacing the curtain rail, this is the way to do it. Easy to fit and simple to configure, the SwitchBot Curtain works brilliantly, particularly if you add the remote.

It’s a little clunky and little large, so you may want to replace the curtain rail with a smart one for the best finish. Remote control can also bit a little bit flaky.

Easy to install and compatible with most types of curtains, SwitchBot Curtain turns dumb curtains into smart ones. It works via Bluetooth, although it makes sense to upgrade and buy the optional Remote, as this is easier than fishing out your phone when you want to close or open your curtains. Remote control is available via the Hub, although I found that the app didn’t connect first time every time; however, it’s still a good upgrade if you want Alexa or Google Assistant voice control. There are neater solutions if you can replace a curtain pole, but the SwitchBot Curtain’s low price and simplicity make it a great, hassle-free upgrade.

Do you need a hub to use the SwitchBot Curtain?

You don’t need a hub for local use or for the remote control, as these use Bluetooth. You need a hub if you want remote access and voice assistant control.