The delays to setting up the system would all be forgivable if it had worked properly following that arduous pairing process. Sadly, this wasn’t the case.

The
SwannOne system is controlled using a web app that works on mobile and
desktop systems. I reviewed it on Windows and Android. At first glance, it appears to be one of the better-looking smart-home control systems on the
market.

The app has an intuitive menu system that offers shortcut
icons to commonly used features, such as settings, rules and home view.
Above them are icons to set the system to one of three monitoring
levels. The At Home feature is the lightest, and out-of-the-box turns
off most of the system’s monitoring features. The Night mode
turns on the window and door monitors, while the Away option activates
everything.

This sounds great, except most of the icons don’t
work. Over half the icons I clicked on brought up “upgrade your account
to use this feature” messages. 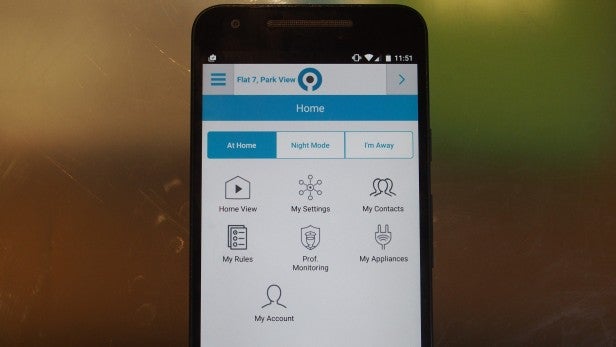 For example, going into the Home
Monitoring section – which activates the remote camera view – allowed you to simply watch what’s going on and record a piddly 100MB of
incident data. If you want to take advantage of the album view and
remotely pull up footage of incidents, you’ll have to pay more for cloud
storage – a privilege that will see you forking out an extra £18.99 per month.

Footage can be stored locally by attaching a hard drive to the Smart Hub.
However, it’s usefulness is questionable since you can’t remotely pull or
save footage captured on the hard drive. This means a thief simply needs to bundle in the Smart Hub with the rest of the goodies he’s making an escape with to render the footage useless.

The same is true for the camera’s smart sound-detection features, which otherwise would be a key selling point for the
system. On paper, the SwannOne is capable of detecting different types of sounds, such as
glass cracking, gunshots, “aggression”, car alarms and babies crying. As a result, the system should push
alert notifications to you only when sounds, or movements, you’ve set as
“dangerous” are detected.

However, in order to take advantage of anything but the basic glass-breaking
feature you’ll have to shell out an extra £7.50 per month.

The
system’s habit of throwing up false-positive alerts makes the absence of the sound-detection feature out-of-the-box particularly annoying. With the
system in my lounge fully armed, the camera regularly tirggered unnecessary alerts for instances as minor as changes in the room’s
lighting. 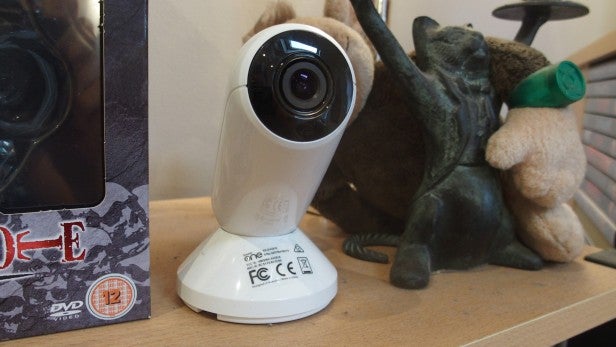 Even so, if it were possible to easily check the alerts remotely then I’d have coped, but again the SwannOne falls down. The app is
one of the slowest I’ve ever experienced. On both 4G and strong Wi-Fi
signals, I was waiting minutes to connect to the camera to check
what was going on. Even when connected, the camera feed regularly
dropped out and was laggy.

This is disappointing, especially given that from a
hardware perspective the SwannOne kit isn’t terrible. It’s middle-of-the-road, sitting above Panasonic but below top-end contenders such as Nest. The camera, offers a maximum resolution of 720p HD recording and a reasonably wide 76-degree viewing angle, which was more
than enough to cover my mid-sized lounge.

Picture quality was decent, and I didn’t notice any pixellation or colour disparities on
captured footage. The camera’s Night mode is also solid. Faces captured
in low light were still suitably sharp and clearly recognisable, which
is more than I can say for many smart-home cameras. 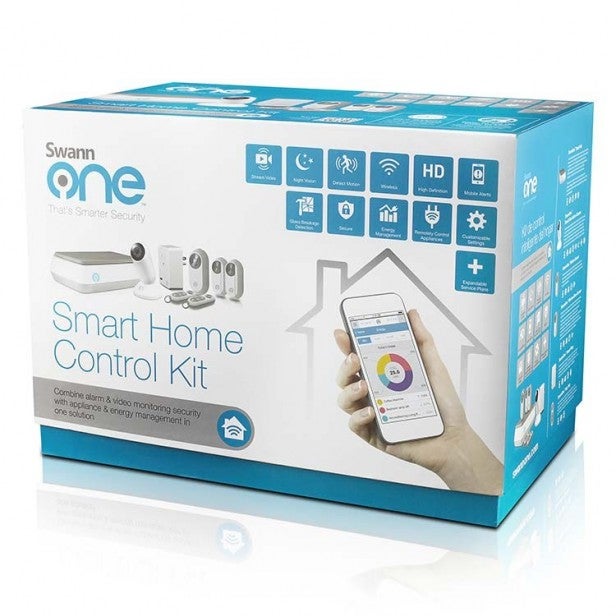 Should I buy the SwannOne Smart Home Control Kit?

No, absolutely not. It sounds like a comprehensive system and comes with lots of gear, but it’s unreliable and the features you actually want are locked behind expensive paywalls.

The likes of the Nest Cam and Y-cam HomeMonitor HD
offer significantly more robust and reliable remote-monitoring services with some monthly outlay. The Netatmo Welcome, meanwhile, offers smarter features at a fraction of the price with no monthly subscription.

The SwannOne is a mediocre home-security system let down by poor software.