A wireless security camera may be a convenient way to monitor a single area, but if you want better coverage, a full-on CCTV system is the way to go. That’s what the Swann DVR8-5000 offers, with the kit shipping with four indoor/outdoor cameras, a 2TB DVR and smart home device integration.

It succeeds in its goal to an extent, but annoying software and a lack of cloud storage are majorly disappointing.

The DVR-5000 kit ships as two components, a DVR and four Full HD wired cameras (model Pro-T853). The DVR looks much like a standard Freeview HD recorder and wouldn’t look out of place sitting beneath your TV.

Its glossy plastic body with curved edges look rather good. However, when the DVR is turned on, its fans spin constantly, and I found it considerably louder than a regular TV recorder. I suggest putting the DVR in a cupboard, so it’s out of the way. 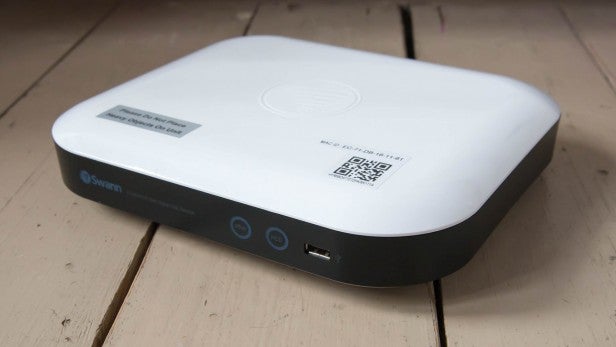 Around the rear of the unit you’ll find all of the inputs and outputs. There’s an HDMI port, so you can hook up the DVR to a TV and control it directly via the bundled mouse.

Also present are phono audio input and outputs – although, currently, they don’t actually do anything. Eight BNC camera connectors provide the means to expand the system from the four bundled cameras. Expect to pay around £65 a camera. 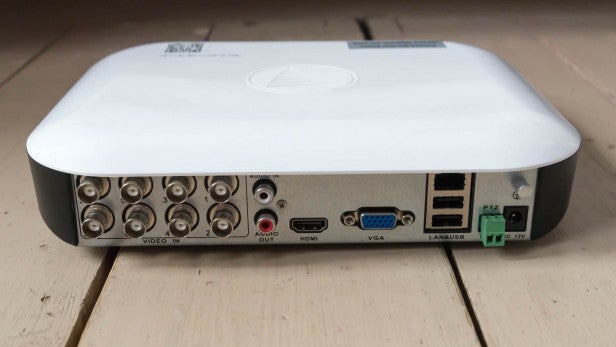 The cameras are rather serious looking, with a full metal body and an array of IR LEDs for night vision. With IP66 certification, you can place the cameras indoors or outdoors.

Each camera comes with 18m (60ft) of cabling. If you put the DVR in the middle of your house, you should be able to get the cameras where you want them. 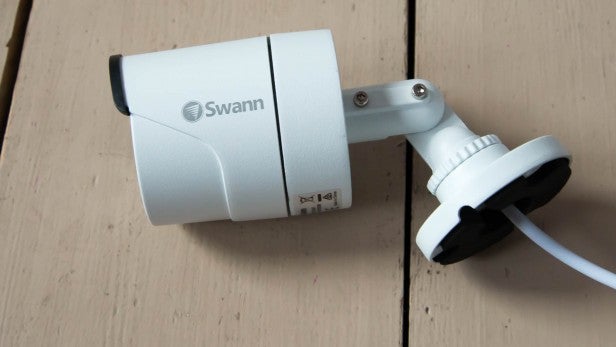 Installing a camera is somewhat involved, since it has to be screwed to the wall using the provided mount. Once in place, you can adjust the rotation and vertical angle to get the best coverage.

Wiring in the cameras is fiddly, since they have to be connected both to the DVR and to a separate power adapter, so cable management and plenty of cable clips are a must. Wireless is definitely more convenient, but a physical cable provides a more robust and reliable connection. 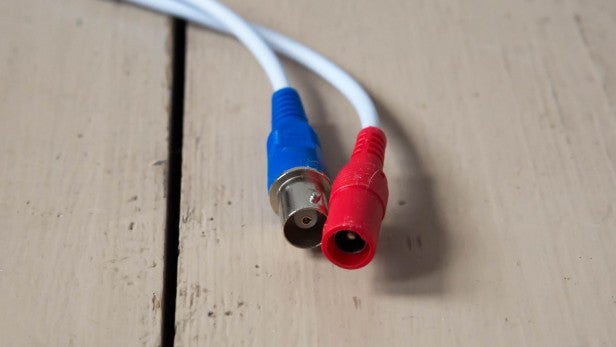 Setting up the kit for the first time requires you to plug the DVR into your home network via the Ethernet port, and then hook it up to a monitor. Using the provided mouse, you can quickly run through the setup routine.

Once done, control can switch to the apps, with Android, iOS, Windows and Mac all supported; there’s an additional web portal, too. 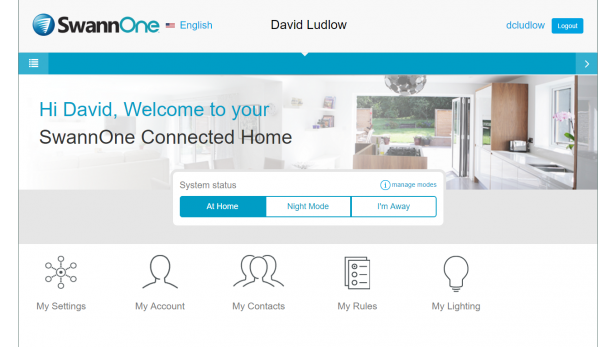 Frustratingly, the apps and web portal aren’t equal; you can’t do every job from each. For example, the web portal doesn’t let you view footage, but it does let you configure some of the more advanced options, such as the smart home integration.

It means that configuring the system requires you to jump between different apps. Add to this the fact that there are two mobile apps (SwannOne, mostly for viewing settings; and SwannOne Link for viewing video footage) and it becomes frustrating working out where to look to perform an action.

The DVR has a ZigBee dongle embedded, which means it can control other ZigBee devices. You can only add new devices through the web portal, with support for door and window sensors, motion sensors, thermostats, smoke detectors, sirens and more.

Swann’s DVR then lets all of the devices work together – for creating a home alarm, for example. There’s also a special section for lighting, with Philips Hue bulbs supported.

From the web portal it’s possible to view the optional services that Swann offers, including cloud storage. However, with the DVR8-5000 these options aren’t currently supported.

Instead, the optional packages are for Swann’s standalone cameras, which you can integrate with the DVR8-5000; but if you turn on cloud storage, only the standalone camera’s footage is uploaded to the cloud.

By default, every camera is configured to monitor for movement, sending an automatic alert to your registered email address. Via the mobile app, you can only change the scheduled sensitivity, using a scale of one to 50.

Here, the app is fiddly to use, and there’s so much information packed into the small screen that it’s hard to read. It also doesn’t tell you what the numbers mean (1 is high sensitivity, 50 is low). 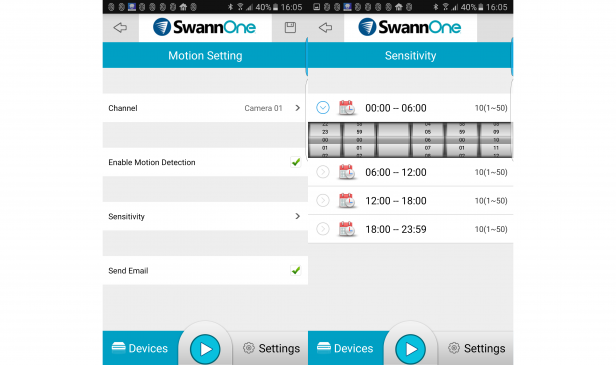 To get more control over the cameras, you need to switch to the desktop app. This lets you draw motion detection boxes on the screen, so you can focus on the critical areas but ignore movement elsewhere.

If you’re a glutton for punishment, you can turn on the audio alarm, which makes the DVR blast out a high-pitched sound every time motion is detected. I found this extremely irritating. 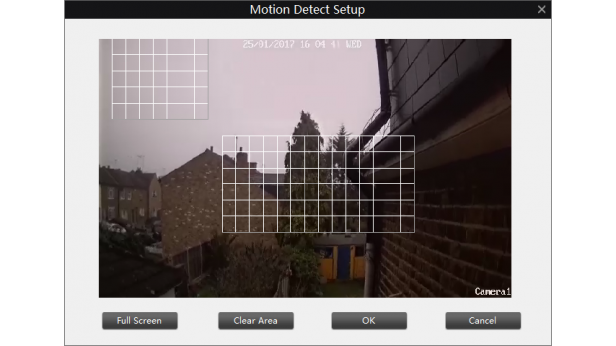 You can also set a schedule for when you want to be notified, when you want the cameras just to record constantly, and when you want them to stop recording. It’s a shame that there’s no presence detection to help automate these settings. With no IFTTT channel, you can’t add even add this feature. 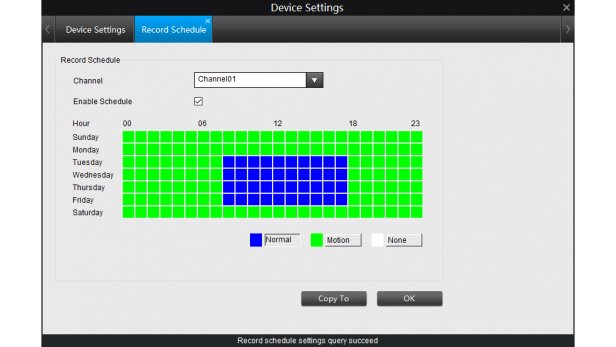 Viewing footage is handled by the clunky Playback section in the app. From here you have to manually select a camera, select a start and end date, and then search for any motion. Selecting a camera is difficult in the desktop app, since you first have to click the tiny CCTV camera icon.

Overall, the playback system is unintuitive and makes finding an incident a real pain. In comparison, Nest’s app, which controls the Nest Cam and Nest Cam Outdoor, is a joy to use and cleanly highlights events. 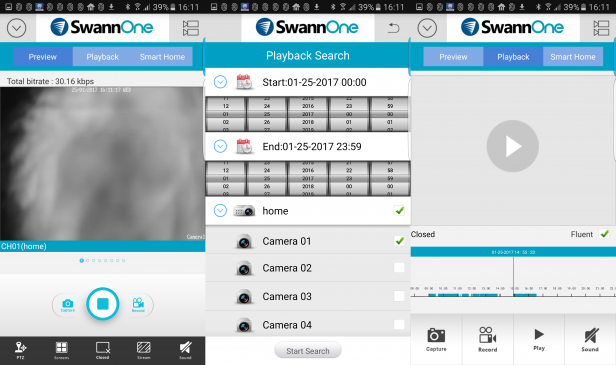 Smart home control is also disappointing. Although the system correctly picked up my Philips Hue lights, controlling them was an exercise in frustration: sometimes the app would work, sometimes it wouldn’t work, on occasion it was annoyingly slow to respond.

There’s absolutely no reason to use Swann’s app to control your lights when there are better alternatives available, such as Samsung SmartThings.

From the web app you can configure rules, choosing what happens when an action happens, such as a smart home sensor being triggered.

However, the range of options is limited. For example, you can’t turn off lights when the system status is set to “I’m away”. When you look at the flexibility on offer from SmartThings, Swann’s options pale in comparison. 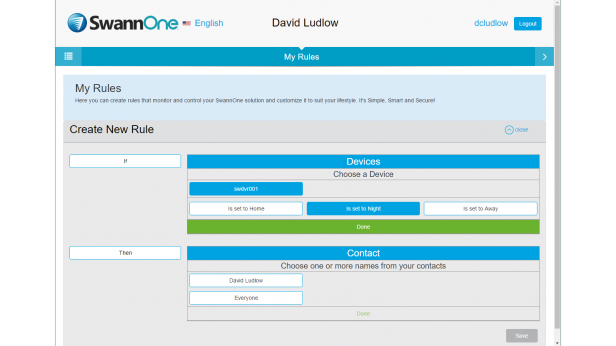 Video quality from the cameras is excellent, with the system recording at 1080p, 12fps. When it’s bright, the image is detailed and clear; I could easily detect faces. While a lot of video cameras smooth out fine detail, Swann’s cameras shot incredibly detailed and sharp footage. 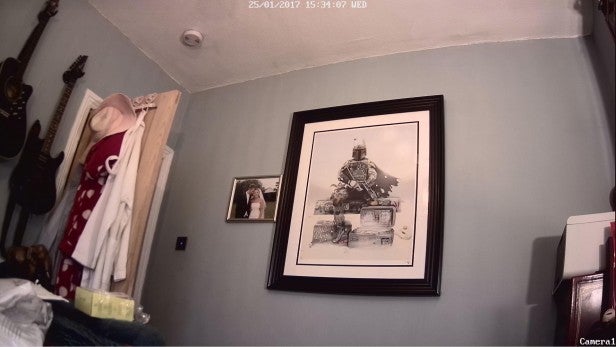 At night, the IR LEDs turn on. They easily illuminate my test room and garden. Again, image quality is excellent, and it’s easy to make out fine details. 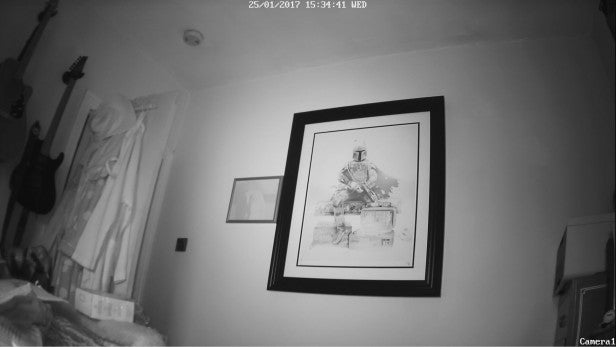 High-quality cameras and the big DVR for recording are the two highlights of this system, giving you professional-level monitoring at a competitive price.

There are two big issues, however. First is the cluttered mess of apps, web interface and desktop applications that are required to operate the system. It makes doing anything frustrating. Second, there’s no cloud backup, so any would-be thief can just make off with your DVR.

Smart home integration seems like a good idea, but it’s poorly implemented and difficult to set up. Rather than try to control everything, Swann would be better going the other way, letting better smart home systems – such as SmartThings – control its cameras.

With the software letting the side down, I simply can’t recommend the DVR8-5000. Although Nest Aware can get expensive, the quality of the system makes it a better choice.

Impressive hardware and quality footage mark out this system, but the poor-quality software makes it frustrating to use.