The Surface Book is available in four configurations, offering for levels of performance. Below is a list of all the configurations Microsoft’s currently selling.

Microsoft is selling a larger 15-inch version with a GTX 1060 GPU in some markets. Sadly, the unit is yet to make its way to the UK. 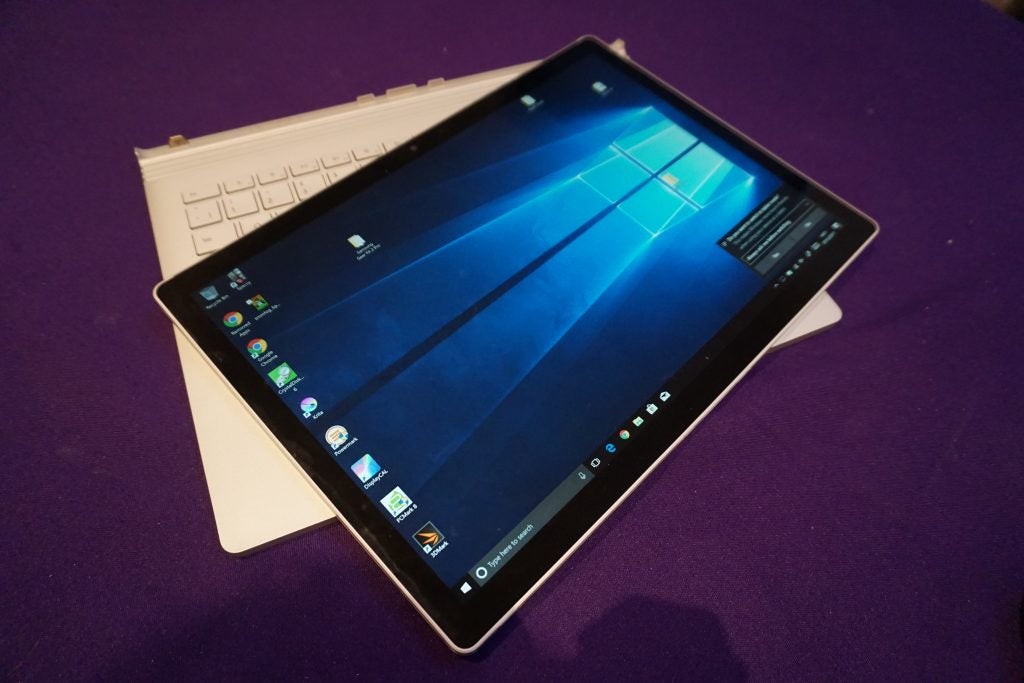 The tech is pretty impressive and means the Surface Book should easily match the performance of a top-end Ultrabook, as well as some cheaper gaming laptops.

Docked in laptop mode, the Surface Book 2 was able to play some big-name games, including Overwatch, DOTA 2, Player Unknown Battlegrounds and Call of Duty WW2 at over 60fps with their graphics in medium to high settings. As an added perk, the Surface Book also comes with an Xbox One receiver, which lets you pair Xbox Controllers to it without using regular, less-stable Bluetooth.

You can see how the Surface Book 2 compares to the top-specced i7 Surface Pro in the table below.

Microsoft quotes the Surface Book 2 as offering an impressive 16 hours of video playback from a single charge when docked. Normally, I’d take this claim with a pinch of salt. Having run Trusted Reviews’ standard video benchmark – which involves synthetically looping five minutes of video and 10 minutes of web browsing with the screen at 150 nits brightness in Powermark – the Surface Book 2 actually outdid Microsoft’s quoted life. In laptop mode, the Surface Book 2 lasted a ludicrous 16.5 hours.

Don’t expect it to last this long with real-world use, however. In general, I managed to get a full office day of use from the Surface Book 2, but demanding tasks resulted in a significantly bigger drain on the battery. 3D modelling, gaming and video editing, the Surface Book would lose as much as 15-20% of its battery per hour.

The tablet section’s undocked battery life is also a little short compared to the regular Surface Pro’s. Running only the Powermark test on the tablet, the Surface Book 2 barely managed to last 3.5 hours. This is a little on the short side, but when you consider that there will be few occasions that call for folk to carry the tablet section without the keyboard, the short battery life is hardly a deal-breaker. 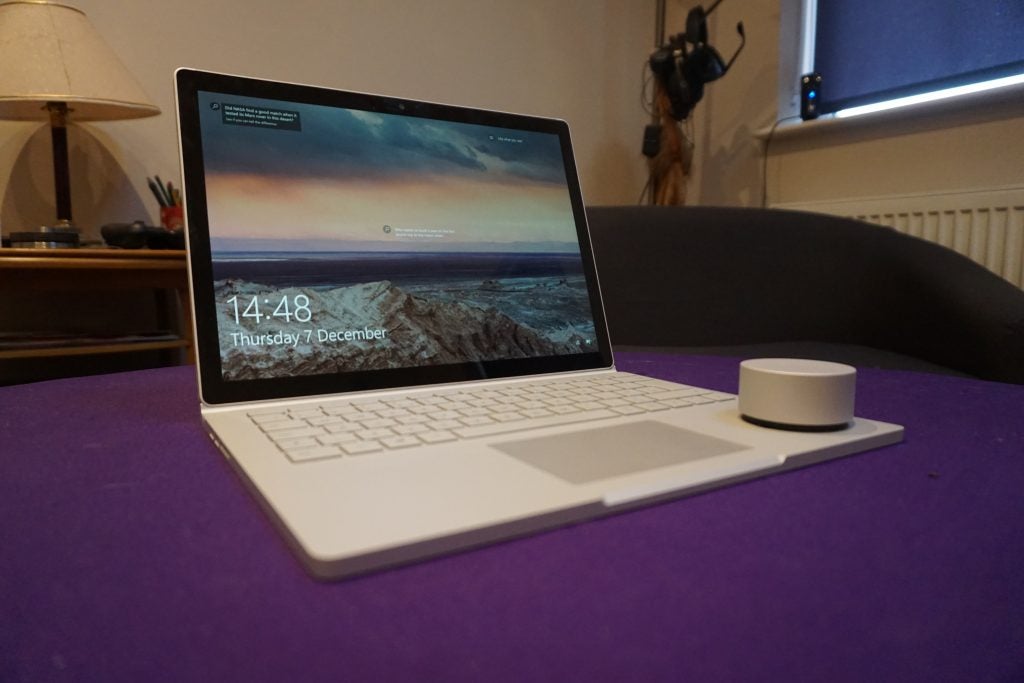 Why buy the Surface Book?

If you’re a power user for whom money is no object, you’ll struggle to do better than the Surface Book. Featuring a super-swish design, cutting-edge hardware and a pleasingly bloatware-free Windows install, it’s hard to fault the Surface Book 2 for most tasks.

My only slight issue is that, despite doing stellar work getting the Surface Dial to work on it, the Surface Book’s screen doesn’t cover a whole lot of the Adobe and DCI-P3 colour gamuts favoured by artists. As such, it will prove an expensive choice for hardcore creatives, for whom a more focused device such as the Wacom MobileStudio Pro could be a better option.

If you don’t need a convertible design or dedicated GPU, Dell’s XPS line is also an attractive alternative. Although it doesn’t offer a dedicated GPU option, the XPS 13 is significantly more customisable and has a starting price of just £1100.

The Surface Book 2 is a great convertible for power users with cash to burn.