Available on Xbox One, PS4, PC (version tested)
And so Styx returns for a second outing. The goblin thief won’t ever be one of gaming’s A-Listers – in action movie terms, he’s more of a John Cena than a Jason Statham – but he’s steadily developing a fanbase and a franchise that might just have some legs.

Like 2014’s Master of Shadows, Shards of Darkness is an old-fashioned stealth game in the mould of Thief, Splinter Cell and Hitman. Your cheerfully mean and murderous goblin antihero has to steal something and/or escape from somewhere, navigating each level’s challenges and obstacles, hiding from patrolling guards and slaughtering anyone you can’t avoid in a range of nasty ways. It’s a game of sneaking, watching movements and staying out of sight, with a nice sideline in assassination, arranging ‘accidents’ and deploying lethal traps.

There’s a fine line between being old-school and being dated, but Shards of Darkness manages to stay on the right side of it, just. In truth, there’s not a lot here that you wouldn’t have come across in, say, 2004 with Splinter Cell: Pandora Tomorrow or Thief: Deadly Shadows, but the fundamental hide, sneak and stealth-kill gameplay hasn’t lost its appeal.

Styx is an agile little devil, capable of creeping through narrow spaces, under the furniture and up into the beams and rafters, and he’s pretty handy with a blade when attacking from above or behind. He might not have Sam Fisher’s close-combat skills and acrobatic special moves, but he’s also deadly in the shadows.

Related: Middle Earth: Shadow of War – Everything we know 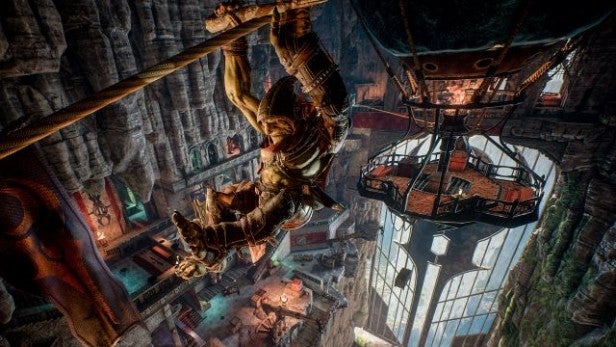 What’s more, he brings his own spin to the genre. Drinking phials of magic amber grants the ability to turn invisible or spawn a clone. The former is too short-lived to be relied on or used too often, but will get Styx past a pack of guards or out of hot water when used sparingly. The clone ability, however, turns out to be more than just another decoy. You can swap control between Styx and his replica, meaning the more dangerous dirty work can be done by the clone, reeling guards into traps or even pull off semi-synchronised attacks. Hint: if you’re finding Styx hard going, you’re probably not using these abilities enough.

Beyond this, he has a selection of gadgets and gizmos, enabling him to extinguish torches, distract enemies and tackle weaker guards from distance. Gain experience points and level up and you can invest in more, giving you the chance to set up acid traps that dissolve foes on contact or poisoned spikes to immobilize pursuers. You’ll unlock skills for sneak attacks when hiding in a chest or barrel, or throw your clones as grenades or even use them as walking gas attacks. Throw in a penchant for rolling acid barrels and dropping chandeliers and there’s plenty of scope for malicious mischief, often met with a spiteful one-liner.

In fact humour is one of Styx’s biggest plus points; for all that the gaming in-jokes, fourth-wall-breaking game over screens and dodgy gags grow tiresome with repetition, they help give Styx a fun-loving, anarchic feel that almost takes it into Deadpool territory. It’s not that funny, but it’s a pleasant change from so many more po-faced action games. 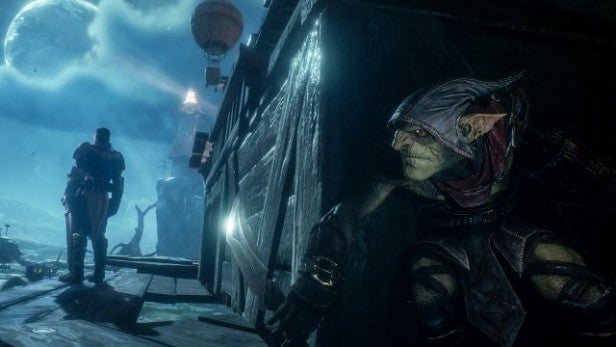 Styx’s first outing came under fire for dodgy AI and heavy backtracking. The AI still isn’t that ingenious, with guards following clear patrol routes, stopping needlessly to leave themselves open and only showing intelligence when on alert, but it’s pretty solid and consistent. I spotted a few examples of broken behaviour, but nothing major. There’s also less repetition of assets and levels this time around. The guards don’t act that differently whether they’re men, dark elves or dwarves, though the latter have a nasty way of smelling you when you’re nearby.

However, the environments you’re avoiding and slaughtering them in take you from fancy airships to elven cities to critter-packed mines and prisons, and there are some nice chunks of platforming in there too, even if the rope swinging mechanics need work. Shards of Darkness also varies the challenge, sometimes stripping Styx of his gadgets or pushing you towards more daredevil feats.

The improvements don’t stop there. This is a better-looking and more polished Styx, with Unreal 4-powered visuals that wouldn’t disgrace a AAA title, interesting scenery and some strong character design. You can still see signs of the budget in the cut-scenes and a lack of finesse in the guard animations, but Styx looks and feels a cut above most B-game fare. The storyline isn’t brilliant, but the actor playing Styx gives the role enough oomph to keep your attention, which elevates some rather pedestrian dialogue and voicework elsewhere.

In fact, there’s only one crucial part of gameplay that really needs fixing, and that’s combat. When attacked by one guard you can occasionally parry and counter, but the timing is nigh-impossible to get consistently right. Throw in two guards or more and you’re pretty much toast – even escape is a tall order most of the time. This can make Styx feel like a rather hardcore stealth game where any detection means certain failure. With practice and the judicious purchase of skills you can work around this, but not every time. Styx offers multiple routes through its large levels supporting different approaches, but all must be played stealthy. Go on the offense or try to wing it and you’ll soon run out of luck. 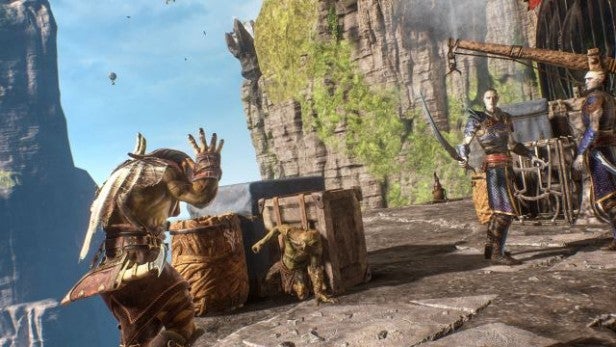 Shards of Darkness also trumps the first Styx with the addition of co-op play, with one player playing Styx and the other his clone, with health and resources reduced to maintain balance. I haven’t had much of a chance to try this out before release, but there’s definitely potential her for some cool co-op action, working together to distract, trap and take-out guard patrols.

Verdict
This second helping of Styx won’t set any benchmarks or redefine the genre, but it’s a good, solid stealth game played with humour and a smidgeon of style. It feels a bit old-school and slightly hardcore in the age of MGS5: The Phantom Pain, but there’s something enjoyably tight and focused about its gameplay and a real sense of fun in Styx’s sneaking, sabotage and slaughter. It won’t kick Styx into the big leagues, but Shards of Darkness makes you glad to see him back.