Two years after release, Stellaris still feels like a work in progress. This as a negative thing, Stellaris is not incomplete, but, like its bigger brother Crusader Kings 2 it is constantly being redesigned and improved. It feels like a game that could continue releasing updates for the next decade.

You don’t simply buy a game when you buy Stellaris, you buy into an ecosystem, a constant conveyor belt of free patches and paid DLC that mean fundamental aspects of the game can change years after release. Today I am writing this review to reflect the last two years of changes, but I am painfully aware that this review itself will likely be out of date within a few months. The updates never stop.

Each game of Stellaris one goes through three distinct phases. The first, exploration and expansion, was by far the strongest at launch. Ships slowly fan out from your home planet, exploring nearby systems. Some might contain habitable planets which can then be colonised, others alien life forms which can be researched and, if sentient, contacted.

Along the way, they’ll find anomalies, little nuggets of science fiction story that add colour to the universe. These range from the simple, like finding a giant skeleton embedded on a planet, to complex “choose your own adventure” vignettes that play out like an episode of Star Trek. Anomalies remain one of my favourite parts of the game, adding a little dose of wonder and mystery to the universe, Paradox clearly agrees, as their most recent DLC, Distant Stars, is largely devoted to adding new ones. 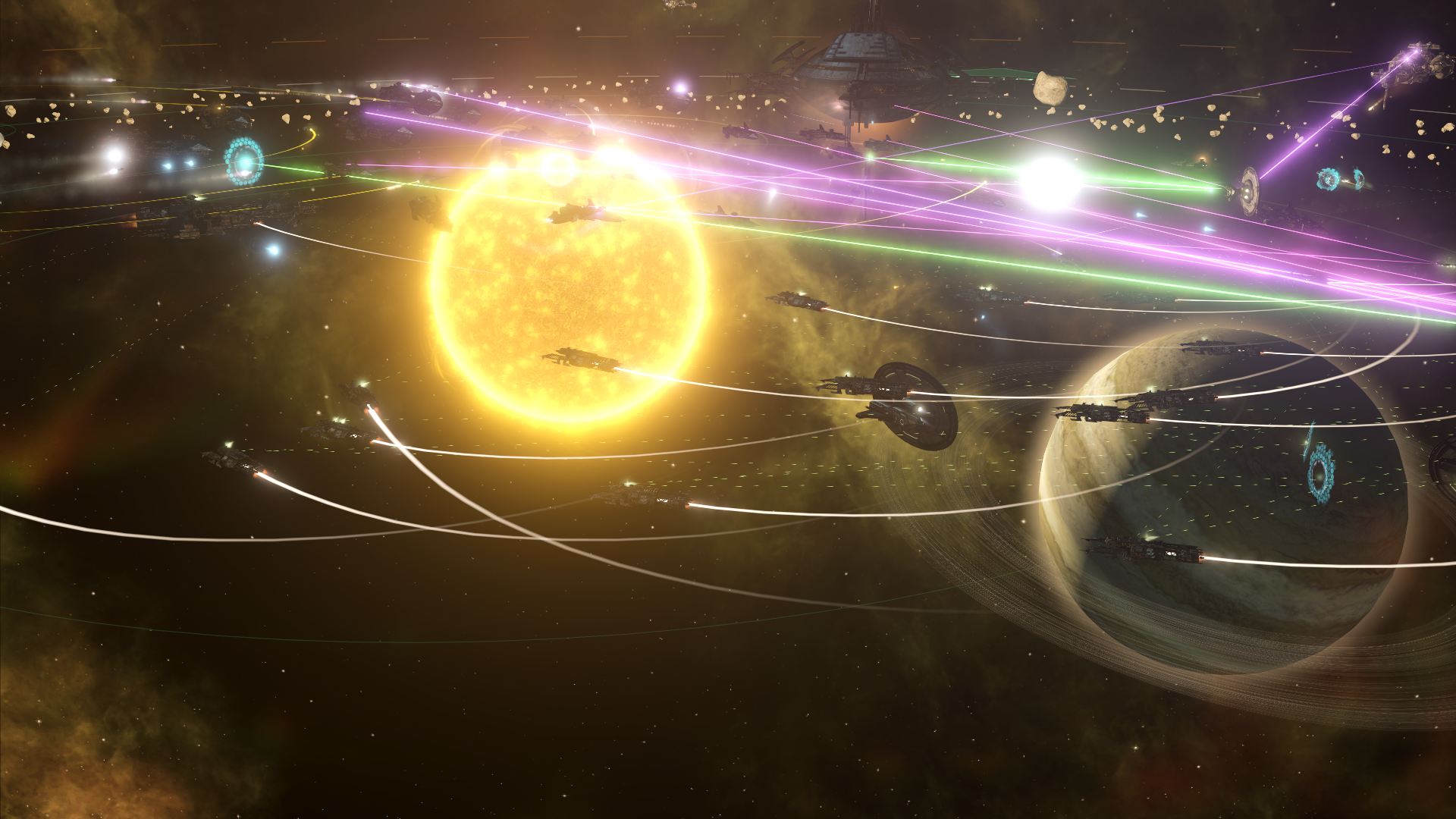 Expansion has also been updated. In the massive “Cherryh” patch released earlier this year, Stellaris switched from an analogue system, in which territory was decided by amorphous spheres of influence, to a binary one, in which each system is owned by whoever controls its central starbase.

This also had the knock-on effect of moving the game to a “hyperlane” system of travel between stars, where previously other transport systems were available. The enormity of the change caused massive upheaval, with a buggy initial release and disagreement among the community, but in retrospect it worked, giving the developers far more control over territory and stellar geography.

The second phase comes when the majority of territory is claimed and alliances and wars start to sprout up between the various empires. This remains the weakest area of Stellaris. War itself is pretty satisfying, with custom designed fleets and huge chokepoint holding space stations leading to interesting strategic choices, but those who aren’t playing an aggressive, expansionist empire will find the AI surprisingly reluctant to attack a player.

Unfortunately, diplomacy is one of the few aspects of Stellaris that has never been reworked. There is very little interaction between allies, and the much-vaunted federations act as more of a hindrance than a help, as AI often respond confusingly to requests for war. These factors all contribute to a general feeling that Stellaris is infinitely more fun if you play it like Warhammer 40,000, rather than like Star Trek. 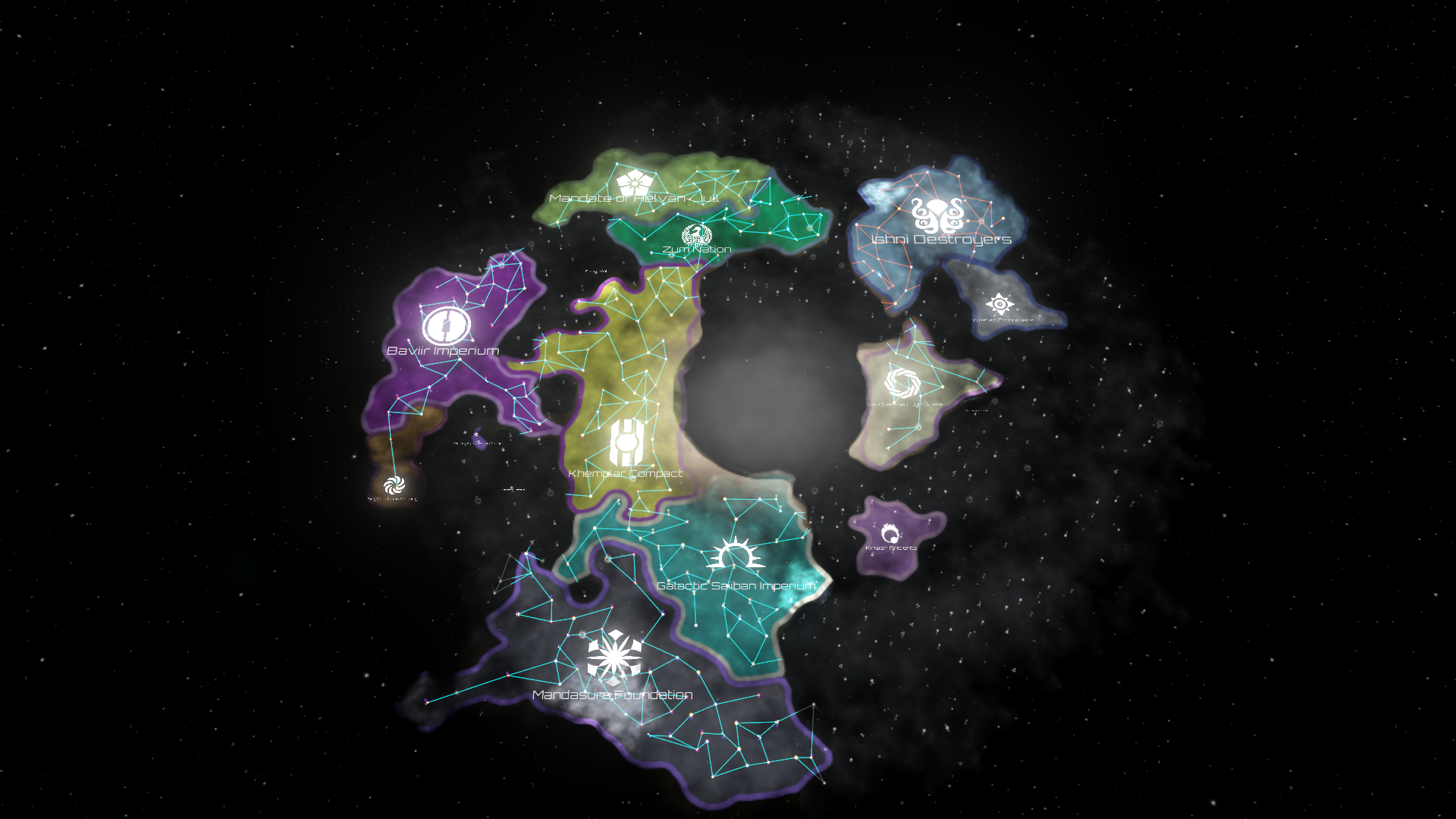 It is around the mid-game that another problem appears. As your empire expands managing each planet’s production, previously a pleasing little optimisation minigame, feels more like a chore. Once you have a half dozen heavily populated planets the amount of micro-management becomes onerous.

The game gives you a chance to avoid this, by portioning off parts of your empire into AI governed sectors, but the AI optimises poorly, forcing players to choose between inefficiency and boredom. Yet even as I write these words, I am checking the twitter of Game Director Martin Anward, who is showing teasers for a future patch that will deal with this exact problem. The updates never stop.

The final phase is actually where Stellaris’ biggest idea is located. By now enough wars have occurred that the galaxy is likely divided into a handful of superpowers. This is a difficult point in most strategy games, as the status quo becomes too hard to break, and many players simply stop without achieving total victory.

Stellaris’ gimmick is to bring in an off map “Crisis” that represented an existential threat, extra-dimensional invaders, a biological swarm, or a robot uprising. This shakes up the old order by forcing new alliances and destroying old empires. At launch, it didn’t work so well, with empires often failing to recognise the threat, forcing the player to fight through them to deal with the crisis. 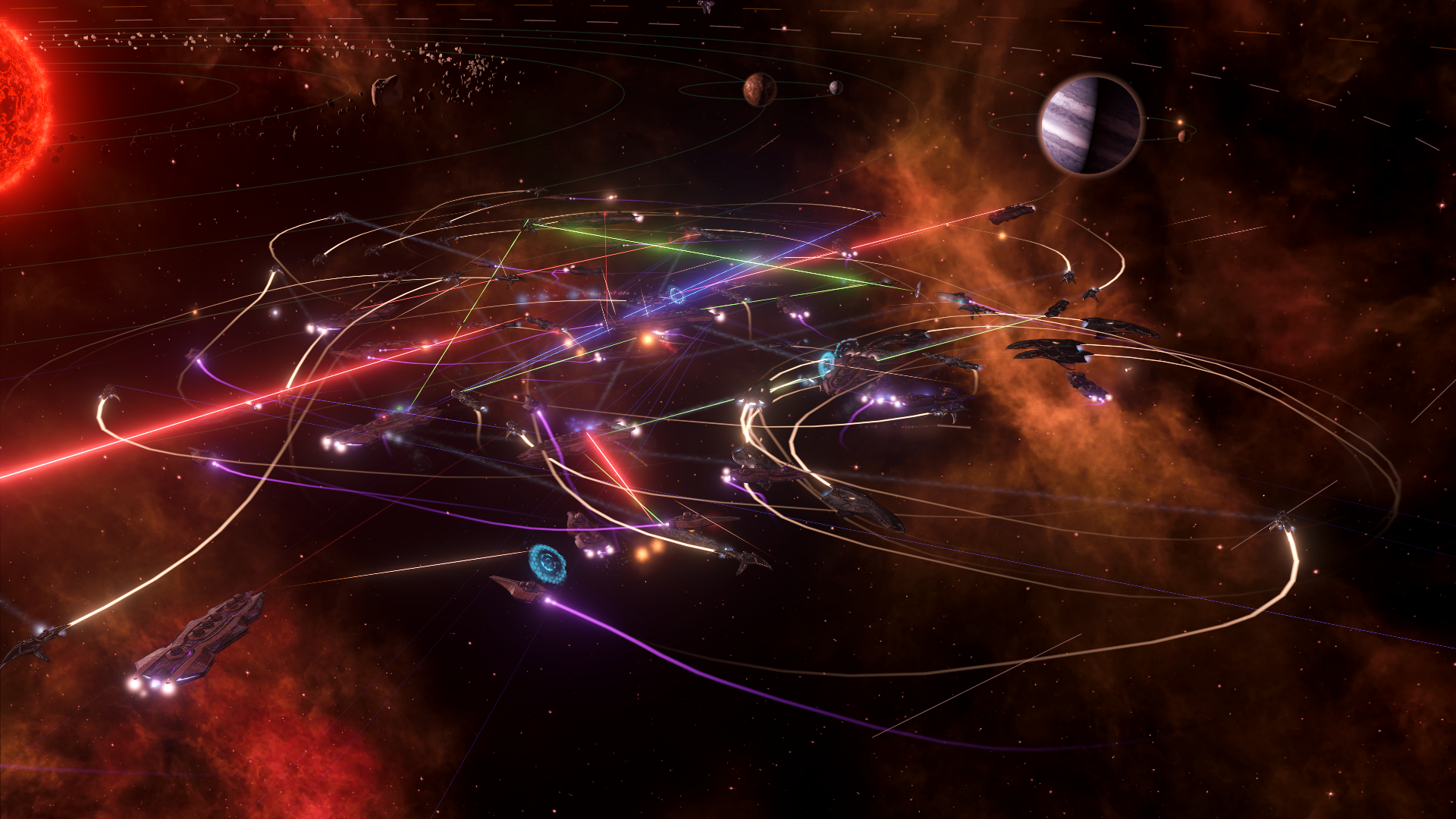 Over time this has been fixed, with the robot uprising in particular completely reworked and a fourth crisis, a war between advanced reclusive empires, added. The crisis now functions much as it was intended, a live grenade thrown into a stagnant status quo. The victory conditions themselves arguably feel too arbitrary, with the game “won” when a player controls 40% of all planets, but once a crisis wraps up the game feels over. Even if you stop playing voluntarily, it feels like a climax, a natural end to your empire’s arc.

I have described a typical game of Stellaris, but I still haven’t described a fraction of what is on offer. Who your empire is, for example, changes how you approach the game hugely. You can play as an all-consuming hive minded swarm, a race of overprotective robots, a group of cybernetic snails, or many more.

I have played over 250 hours of Stellaris and I’m only just trying the psychic route. I haven’t even mentioned that you can build ringworlds and dyson spheres, because you won’t do that every game, but the option is there. Though it is worth mentioning that all the features I’ve mentioned in the last paragraph are locked behind an additional DLC, Utopia, the one expansion I consider truly essential.

Stellaris is not a perfect game, but it is one that is ever improving. It is far better now than it was two years ago, and I firmly believe it will be even better two years from now.