What is the SteelSeries Siberia 840?

The Siberia 840 succeeds the stellar Siberia 800 – formerly known as the H Wireless – as SteelSeries’ top-end wireless headset. Like many that have come before it, the 840 promises to offer gamers dedicated headphone standard audio alongside lag-free voice chat.

In general it delivers excellent sound quality that easily matches, if not beats, competing gaming headsets such as the Mad Catz F.R.E.Q. 9. This, plus top-notch audio customisation options make the Siberia 840 one of the best headsets out there for serious gamers.

However, with pricing starting at a hefty £260, the Siberia 840 is a serious investment. As a result, there are much better-value headsets around for those who are less concerned about audio customisation, such as the Tritton Katana HD. 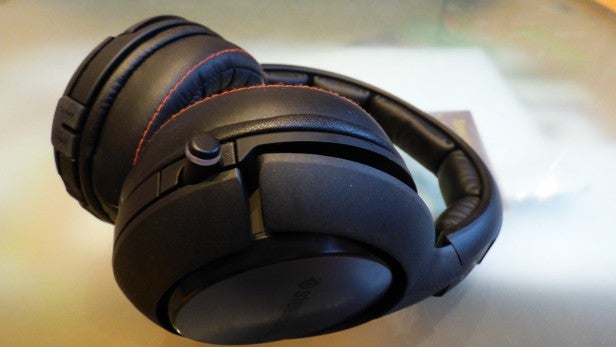 At first glance the 840 looks like a slightly tweaked version of the Siberia 800, which is both a blessing and a curse.

The faux leather, memory foam earbuds are reasonably comfortable, and the fact that the microphone can be slotted back inside the headphones is a useful touch. I’m also happy to see that SteelSeries hasn’t opted for any over-the-top colours or added any LED lights to the 840. Some might be fans of overdone “l33t” gaming headset designs, but I prefer a more understated look.

The setup process is as easy as it is on the 800. Simply attach the transmitter to the console or PC using a USB 3.0 port and connect it to the mains. PCs also require you to connect the transmitter to your rig using a standard analogue input, while consoles connect using an optical cable.

Unlike many transmitters, the 840’s comes with an OLED screen. This may sound like a minor addition,  but it makes it quick and easy to adjust the 840’s volume and navigate its settings, using the transmitter or the headset controls, without having to exit games and applications. 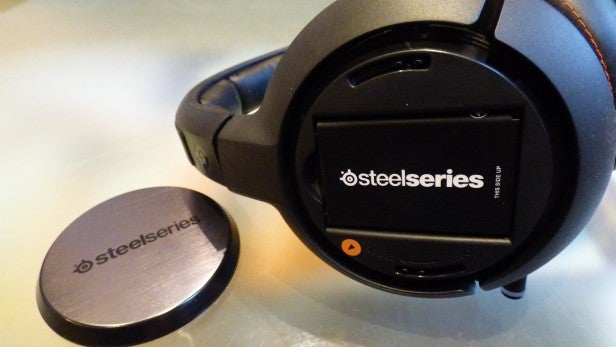 I’m less enamoured with the swappable battery system, however. Like the 800, the 840 doesn’t charge via micro-USB; instead you have to charge the headphones’ removable battery using a custom dock in the transmitter station.

The headset comes with two batteries, so you can always have one charging while the other is in the headset – but in my opinion, it’s still a bit of a faff. Too many times I’d forget the headset was low on battery and end up having to awkwardly race to swap out the batteries mid deathmatch, which is pretty annoying.

Specs-wise, the 840 looks very similar to the Siberia 800. It has the same 40mm neodymium drivers, 20-20,000KHz frequency response and 100dB max volume. The only notable changes are the addition of SteelSeries Engine 3 software and Bluetooth support.

In practice this means sound quality on the 840 is on a par with most £200 and above gaming headsets, but still firmly behind dedicated wireless headphones, such as the Plantronics BackBeat PRO 2s or Bose QuietComfort 35s.

Out of the box, audio is more than good enough for gaming. Playing a few rounds of a shooter, the headphones deal with the high-end reasonably well. Gunfire sounded “attacking” and suitably sharp, and explosions were nicely meaty.

While the attached mic isn’t the best I’ve tested, it’s good enough for voice chat. After tweaking the volume settings to my liking, chat and in-game audio never merged into one and I was always able to hold a conversation while still listening to effects and the soundtrack.

However, on occasion it would pick up background noise, making my voice sound echoey to those on the other end of the line. 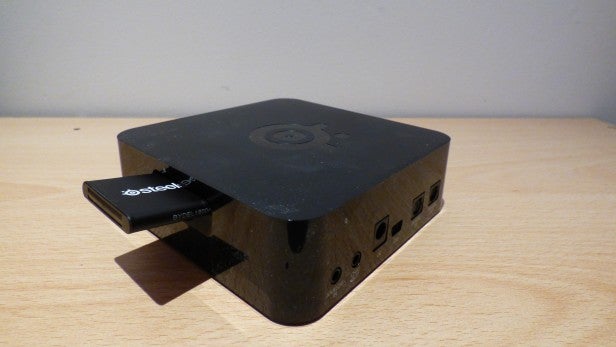 The promised virtual 7.1 surround sound isn’t the worst I’ve tested, and is more than good enough for atmospheric genres such as survival horror.  However, like all virtual setups, it fails to deliver an authentic multi-channel experience.

I did get a sense of direction from in-game effects, but it definitely wasn’t a 360-sound stage, especially when the noise was supposed to be coming from behind me. Being fair to SteelSeries, however, this is an issue I experience on all virtual surround setups I test.

The similarities to the 800 may make you question why you should shell out an extra £30 for the 840, but I found the addition of Engine 3 is SteelSeries’ desktop software and Bluetooth support particularly useful.

At a basic level, Engine 3 offers more granular control over the 840s audio settings and can be used to create game and genre-specific audio profiles.

However, for serious SteelSeries fans who use the company’s keyboards and mice, Engine 3 has some pretty cool functionality.

The software lets you create and sync settings across SteelSeries hardware. This means you can create multiple audio profiles within games that automatically launch when you perform certain actions. In survival horror games, for example, I set the headset to activate a custom profile that focused on the high-end when I hid, so I could better listen out for monsters’ footsteps.

The Bluetooth connectivity lets you pair the headset with your phone to take VoIP calls and listen to music. The VoIP functionality is useful and, while I wouldn’t recommend audiophiles or any serious music fan use the 840s as their primary headphones, it was useful to be able to pair them to my tablet when watching movies. 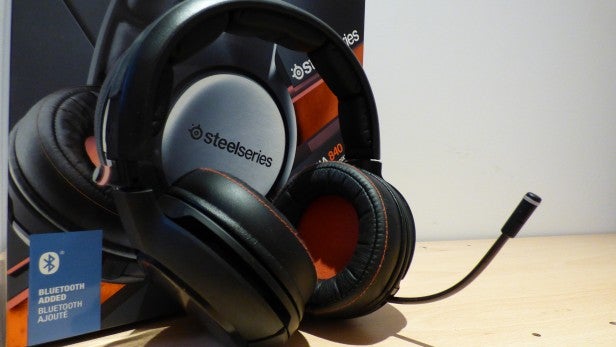 Should I buy the SteelSeries Siberia 840?

The SteelSeries Siberia 840 is a great headset that will meet even the most hardcore of gamers’ needs. It offers solid audio quality, a comfortable fit and comes with a wealth of customisation options.

However, with pricing starting at £260 it’s very expensive, and outside of the addition of Bluetooth and Engine 3 support the 840 is all but identical to the older Siberia 800. Gamers who don’t want to tinker with their headset’s audio settings would do well to save the £30 and buy the 800 instead.

In addition, for even moderately more casual gamers there’s wealth of cheaper headsets available that will meet their needs, such as the Tritton Katana HD.

Expensive, but generally worth it.