What is the SteelSeries Nimbus?

Before Apple launched its latest assault on your living room, many, me included, thought the Cupertino company would make a big play for the console crowd. With the huge amount of high-end games already available on the App Store it seemed like an obvious move.

But a real games machine needs a top controller to sit by its side. And while Apple make a somewhat half-hearted push for the gaming market with the Apple TV (2015), it decided against producing its own pad.

That job was instead left to SteelSeries. A brand known for its vast array of ominously named (it has a keyboard called Apex, come on) PC peripherals. What it came up with is the Nimbus, which we assume isn’t named after Harry Potter’s broomstick, a decent controller that had the potential to be so much better. 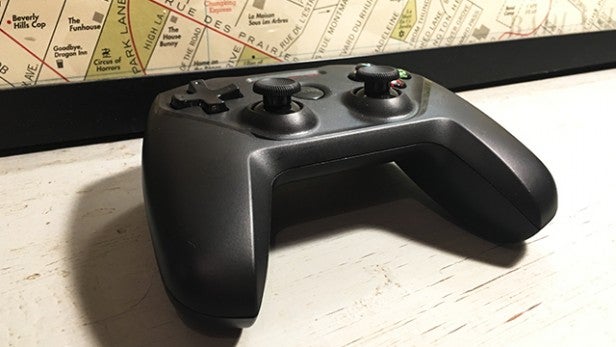 When most people think of controllers, they instantly jump straight towards the big boys – Sony and Microsoft. Both the PS4 and Xbox One pads are universally well liked and while they each have their own quirks, most will admit they get the job done well.

In many ways, the Nimbus is a bit like a mash-up of the two. Like a PS4 and Xbox One controller had a short-lived fling that resulted in this.

The overall look is more Xbox that PlayStation. It’s almost exactly the same size as the former, with the same ‘Y’ ‘B’ ‘A’ ‘X’ button layout and the curvy build that makes it easy and comfortable to hold for extended periods of gaming. The dual triggers on the back are very similar and will feel familiar to anyone who has spent any time with an Xbox One controller.

The Playstation DNA of the Nimbus comes from its button layout. You’ve got two concave analogue nubs sitting next to each other, with a directional pad set above. For me, the d-pad is a tad on the mushy side and lacks the feedback I would normally like when pressed down. However, the sticks though have just the right amount of resistance.

There’s a large ‘Menu’ button smack bang in the centre and a glowing light above indicating how many controllers you’ve currently got connected.

It’s certainly a well built controller, something I haven’t been able to say about these ‘Made for iPhone’ (MFI) pads before. The previous SteelSeries controllers, aimed mostly at iPhone and iPad users, have been cheap feeling and ugly, whereas the Nimbus manages to keep pace with its more esteemed rivals. 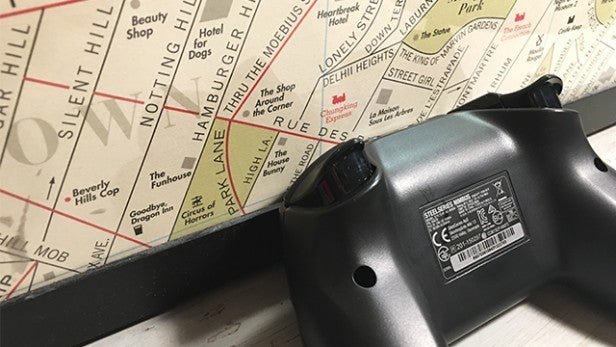 While I’m very impressed with the general build and design of the Nimbus, the majority of my criticisms come from how it performs and it’s general lack of features to really make the most of Apple’s set-top box.

Let’s talk performance first. The Nimbus connects to your Apple TV through Bluetooth 4.1, still a rarity for controllers, and while this is supposed to offer a more reliable connection it just doesn’t live up to billing. Numerous times the controller has simply lost connection, unpaired itself and forced me into reconnecting it from scratch. This is annoying to say the least, and something you wouldn’t normally see on rival products.

When the connection holds up, the Nimbus performs much better. There’s no noticeable lag between the button press and on-screen action, which is vital. Playing games with the pad is so much more satisfying the fiddling about trying to hold the delicate and slippery Siri remote horizontally to steer in Asphalt 8. 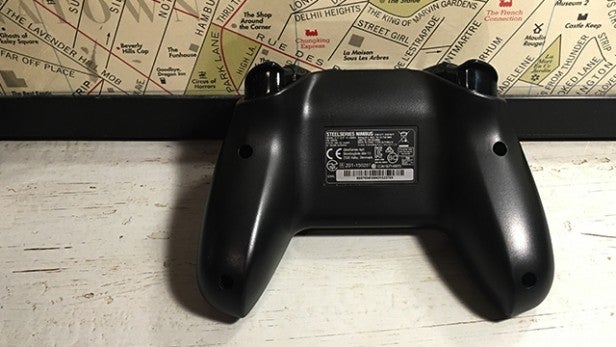 Yet, that little remote has so many more features that really could have made their way across to the Nimbus. First off, there’s no way to access Siri from the controller – one of the Apple TV’s biggest, and best, features. This means it’ll never really replace the remote and you’ll have to use both. Nvidia made sure both the its Shield TV remote and controller had feature parity, and I’d have loved to see that here.

The Nimbus also doesn’t feature any sort of accelerometer for motion based games, again meaning you’ll likely want to use the Siri remote for certain titles.

Battery life stands at about 40-hours and I have gone a week or so between charges, but this brings me to another slight problem with the controller. It charges via a Lightning cable, but there isn’t one provided in the box. I’m sure this was done to keep the cost down and every Apple TV owner will have a Lightning cable anyway, but I’d still prefer to have a spare one in the box here in case I needed to charge the remote and the Nimbus at the same time.

Related: Xbox One Elite Controller vs Scuf Infinity One 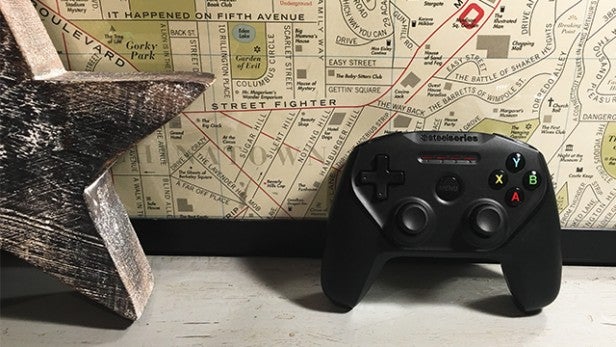 Should I buy the SteelSeries Nimbus?

Do you need a controller for the new Apple TV? Nope, not really. There isn’t a great range of games and even the ones that are there aren’t able to completely rely on the controller, they have to work well with the remote too. This restricts the sort of games that’d really take advantage of the controller.

But, if you really want an Apple TV – or even iPad – controller, this is your best bet. It may lack nifty extra features and functionality, but it’s well built and performs impressively when it stays connected.

Until Apple releases its own TV controller, SteelSeries has the one to beat with the Nimbus. Though, I’m sure that’ll be particularly hard task.