Available on Xbox One (reviewed), PC
For Marcus, the end was sudden. Who knows what he was doing, investigating a mysterious radio signal in the dead of night, searching ruins in close proximity to a restless zombie horde? He snuck inside, searching for the source, but one slip was all it took to earn the horde’s attention. Swamped by slavering, clawing flesh-eaters, he did his best to escape but stumbled in the darkness and failed to make it over a crumbling wall. Alone yet oddly defiant, he was literally torn apart.

It was no better for Maya. An Army veteran, she should have known the risks and how to handle them. Yet she still went on a dangerous mission without a back-up weapon, leaving her all too vulnerable when her machete shattered while holding off the walking dead. Even a stellar fighter with an impressive combat ranking honed over several hours of play couldn’t manage the numbers. She went down, another source of meat for the hungry biters. 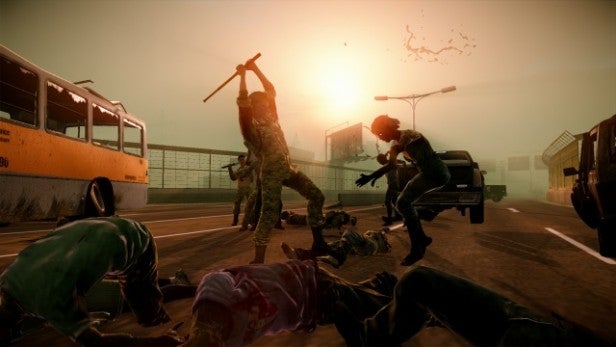 State of Decay isn’t your usual zombie game. There are no superhuman heroes, no crafting crazy weapons out of garden tools and kitchen gadgets and – most importantly – no cheap checkpoints to fix your dumb mistakes. Death is permanent, even if the story carries on with new survivors. Yet this isn’t a bleak, nihilistic tale of undeath, mass carnage and man’s inhumanity to man, but a zombie game where community is all-important; where banding together, saving others, protecting your neighbours and sharing resources is as vital to survival as the ability to put a fire-axe through a skull. It’s The Walking Dead with a sunny disposition.

A seed of greatness was always there in the original 2013 Xbox and PC release, mostly because State of Decay’s systems are so elegant and cleverly constructed. You have a 12 square mile chunk of rural American valley to explore, complete with farmsteads, mountains, campsites and three small towns. You have a group of survivors, some playable, some not, and you can expand this group by rescuing stranded survivors or joining forces with another group. 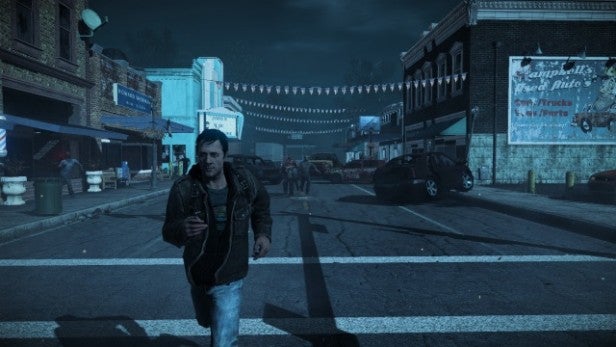 Your most basic aim is day-to-day survival, searching homes to stock up on food, medicine and construction materials then bringing them safely back to base. Yet there’s a lot going on beyond that. Members of the group may need help with their health, their anger issues or their morale-wrecking gloom-mongering. Key supplies might need to be retrieved, or friends and neighbours saved from slaughter. Your base can be expanded with workshops or medical facilities, and you can clear and secure outposts to extend your reach over the valley. And beyond all this, there’s a central plot that takes you up against the authorities and exposes you to difficult choices.

In short, you have a lot of plates to keep spinning simultaneously. On the one hand, you need to keep your group well-stocked with food and resources, while on the other you need to progress the story and deal with the various other groups. Some missions are only available for a short time, so you need to prioritise the most crucial, relevant tasks.

Most importantly, whatever you choose to do involves an element of risk. Your characters level up with activity, benefiting most in the areas – combat, stamina, shooting, leadership – where they’re most active. They also get hurt and tired, meaning they need time to rest and facilities to heal. You want your best guys out there on the missions, but the more you use them, the weaker they get and the more likely they are to die. One of State of Decay’s biggest assets is its incredible sense of tension. You can’t help but invest in characters that you’ve spent hours building up, but if you don’t put them in danger then the group might not survive. 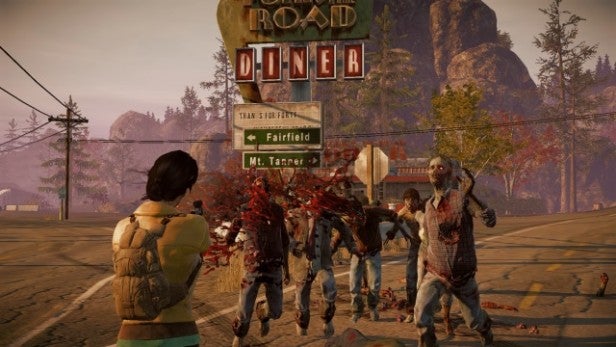 Combat is messy, but enjoyable. Ranged weapons are reasonably plentiful but ammo is short on supply, so melee weapons are your primary tool for tackling small groups of undead. You can also use diversionary tactics, with car horns and alarm clocks a favourite, while packs can be run over in a car if you can build up speed. Vehicles need to be used with some care, as they attract attention, but they’re also the only realistic way of getting across the map when needs demand. Again, it’s all about balancing risks against requirements and rewards.

The original version was best described as a diamond in the rough, where there was a fantastic and immersive game to be discovered if only you could make it past some ugly graphics, a shonky frame rate and some spectacular bugs and glitches.

It would be nice to report that this Xbox One remake fixes all those problems, leaving you with a perfect, sparkling jewel. Well, enhancements to effects, textures and lighting mean that it now looks like a half-decent, late Xbox 360 title rather than some low-budget horror from midway through the old console’s cycle, but that still doesn’t mean it’s all that pretty. You’ll still spot zombies wandering through walls, while both the zombie and ally AI can be pitiful at times. The former still get stuck on doors and corners, while the latter can’t manage to jump into a car at more than ambling pace even when pursued by a small army of biters. Frame rates also dip to levels the Xbox One hasn’t seen since Dead Rising 3 was patched. 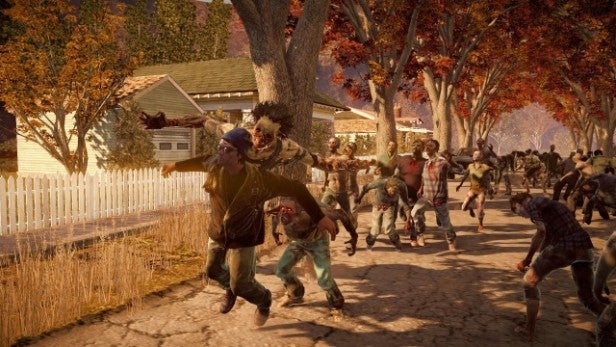 With most games, this would wreck any chance of a recommendation, and it’s hugely frustrating to see one of your favoured characters die because the four foot high wall he climbed with ease two minutes ago seems unclimbable from the other side, or because they’ve got stuck between two badly-rendered trees. Nor does it help that State of Decay struggles with an impressively unwieldy interface for switching characters and managing inventory (this will prove fatal) or that some of its key systems are so badly explained. It’s arguably best to treat your first game as a rehearsal, then start again once you understand how resting, healing and the day/night cycle work.

Yet, for all its faults State of Decay is amazingly compelling. Sure, you’ll be gobsmacked by the occasional technical howler, and we’ve been moved to switch off in a sulk when a star survivor dies, yet it’s really hard to resist another go. The script and storyline can be dumb, hackneyed or repetitive (how many times can one woman’s anger or fear get out of hand?) but you can’t help developing some affection for your group. What’s more, it’s incredible value. £20 buys you not just the original game – which will keep you busy for longer than most £50 titles – but State of Decay’s two DLC packs. 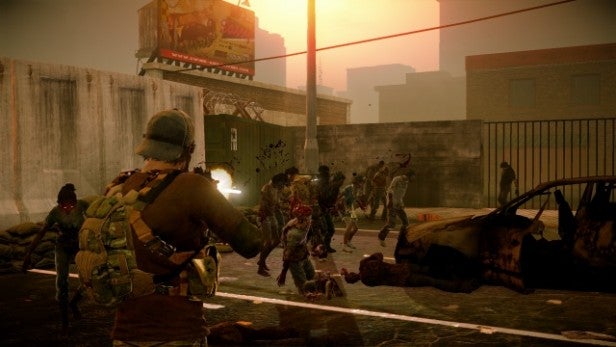 The first, Breakdown, is effectively State of Decay with the storyline stripped out, putting the focus on community-building and survival against increasingly bleak odds. Lifeline, however, gives us a new story in a new urban setting, where you take charge of a squad of soldiers, tasked with retrieving VIPs for chopper extractions while fending off a series of escalating zombie sieges. More urgent and tightly structured than the main game, it’s well worth playing in its own right.

Verdict
While State of Decay: Year One Survival Edition doesn’t fix all the hideous flaws of the original, its bug-fixes and visual enhancements make it easier to love. The complex, interwoven systems and perma-death take some getting used to, but the result is a fantastically tense, exciting open-world survival epic with more heart and soul than other zombie games.