Starlink: Battle for Atlas may be the boldest game released all year. Launching a new toys-to-life brand in 2018 is literally risky business after the likes of Skylanders, Disney Infinity, and Lego Dimensions have all fallen by the wayside – and they all had some level of mainstream character awareness (remember, Skylanders was originally a Spyro spinoff).

There’s a lot working in Starlink’s favour though. For one, it launches with no real competition in that field, with all of its former potential competition dormant or discontinued. For another, it aims for a slightly older audience, meaning it can capture the attention of kids who grew up with the likes of Skylanders as well as older players who may be drawn into its deeper story and sci-fi trappings. 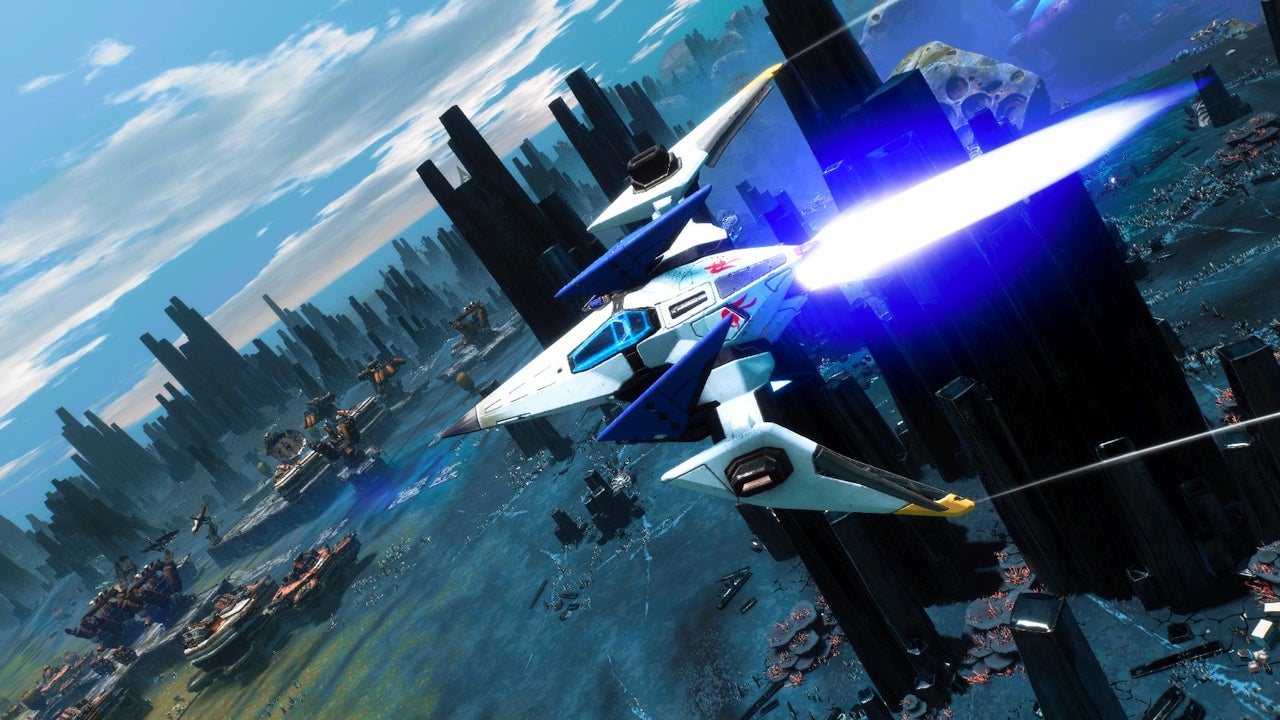 After an amnesiac alien fell to Earth, a secretive benefactor named Victor St Grand forms the Starlink Initiative to search for its origins, leading them to the Atlas system. While this backstory is revealed as the game progresses, both narratively and through encyclopedia entries unlocked during play, the game wastes no time throwing players into the action, opening with the mission under attack by the forces of the Forgotten Legion. The emphasis is immediately on smooth, 360° combat in the depths of space, pulling off loops and barrel rolls while blasting enemies to pieces. It’s intuitive and fun from the off.

Starlink isn’t just about space combat though – planetfall soon follows, introducing the exploration, foraging, and vaguely RPG aspects that make up the bulk of the game. On a planet’s surface, you’ll mostly use hover mode, allowing you to use weapons to extract minerals or defeat enemies such as the Legion’s eerie Cyclops-model sentry drones, or a tractor beam-like pulley to harvest organic materials. You can also fly for faster traversal, but lose finesse. Surface combat is a different too – while you can still pull off barrel rolls and zip around at speed, or try to target enemies from the air, it’s mostly designed around hovering and strafing around foes in agile, speedy shootouts.

After a few scripted missions introducing central concepts such as the Legion harvesters draining raw materials from worlds, research and mining outposts that need your protection, and ancient spires – left behind by a progenitor race known as the Wardens – that yield valuable items and materials if you solve the puzzles they present, you’re free to explore, which is where Starlink really comes alive. You’ll generally be guided from world to world linearly, but you’ll be able to hop between them at will, take on missions from denizens, and chart the surface of each planet to uncover its mysteries.

Not unlike No Man’s Sky, the worlds of Starlink are beautiful and weird, with diverse ecosystems and strange native animals to encounter and catalog. There’s more structure here though, with Starlink taking a page from Assassin’s Creed’s book and marking items of interest on each planet’s map as you explore. Mining spots, historic relics, fallen cities, and areas of past Warden activity all give players pleasant side mission diversions from the main story, while also helping make these worlds feel part of a living star system. 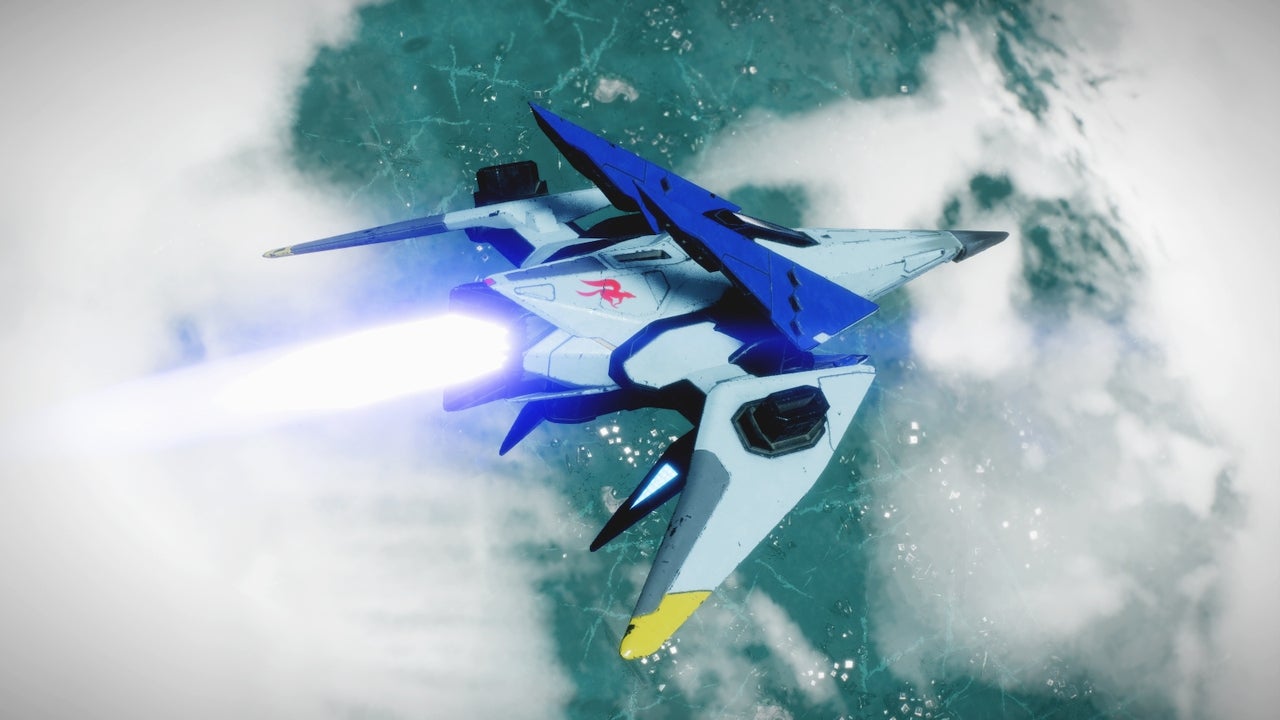 The real hook though is the modularity of the Starlink technology. Invented (in-game) by Mason, the pilot that comes in the starter kits on all formats, this allows you to swap pilot, starship, and weapons at any point. Generally, you’ll be swapping weapons most often, mixing and matching their elements for various combo effects – pro-tip, try a gravity weapon in concert with a fire or ice one to create swirling vortexes of flame or frost, devastating foes caught in them.

Every part of the system has its own attributes, though. Ships have strengths and weaknesses affecting speed, maneuverability, defence, and firepower, while pilots each have a unique ability to call on. Think of them as summon or limit breaks in a Final Fantasy game – Mason summons an orbital strike, while Chase, a thrill-seeker from Brazil, gets unlimited boost speed for a short time. Combining these components with mods for their ships and weapons – earned for solving Warden Spires, clearing out Legion encampments, or completing other missions – allows for a truly personalised approach to play.

The toys themselves are great too and go a long way to making Starlink outshine previous toys-to-life titles. The ships are uniformly fantastic sculpts, each one a distinct vessel crammed with detail but still clearly sharing design elements that make them definably part of the same universe. Some even have moving parts, or feature light-up elements when connected to the mount (the bracket your controller sits in, and which reads the components you’ve chosen).

Pilot figures are significantly smaller, designed to fit in the cockpit, but despite their static nature are dynamically posed. The weapons, meanwhile, are easily identifiable by elemental type, and supremely satisfying to snap on and off mid-battle. While the closest Skylanders came to making the toys themselves fun was the mix-and-match Swap Force line, here the sets are nice enough to play with or display even away from the game – a real triumph. 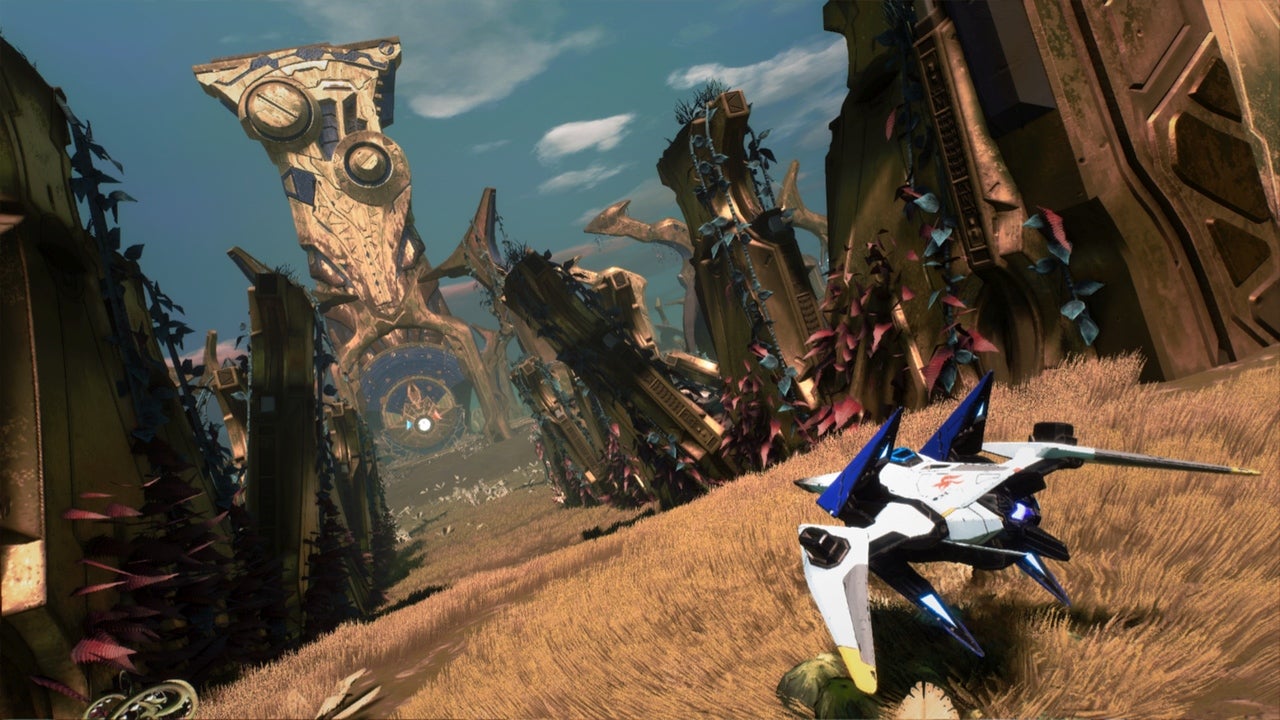 Credit to Ubisoft for making the line reasonably confined too – the ships are the most expensive add-on, but they’re £24.99 RRP and there are only six of them, making it a line you could collect without totally breaking the bank.

However, Starlink curiously hedges its bets as far as its toys-to-life aspects go. Players who buy the digital edition of the game get virtual editions of the ships, weapons, and pilots (in varying quantities – the standard digital edition includes about two-thirds of the content, the deluxe packs in everything), and can swap between them at will. Upgrades to weapons or ships are also stored in your console’s saved data, not on the toys themselves – if you take them to a friend’s, their game will ‘read’ them as base level.

More curious is that while you can switch between playing digitally or physically, there’s no ‘crossing the streams’. If you’re playing using the toys, you can only equip what you materially have available – if you own, for instance, a gravity weapon digitally, but only fire and ice weapons physically, you can’t connect one of the latter and tell the game to use the virtual gravity weapon. It almost disincentivizes collecting the toys, which is a shame when they’re so much fun.

There’s a big difference between formats too, with the Nintendo Switch edition featuring Star Fox characters and, in its base set, coming with Fox McCloud as a pilot and his iconic Arwing as the default craft. This is no quick cameo, either – the Star Fox team are deeply woven into the narrative of Starlink, aiding Mason’s team from the very start and then getting their own mission chain where they’re chasing down Star Wolf.

They fit seamlessly into Starlink’s universe too, with the Arwing controlling exactly as you’d expect in a dedicated Star Fox title. Given the popularity of these Nintendo guest stars and how much they add to the game here though, the PS4 and Xbox One versions feel lesser by comparison. 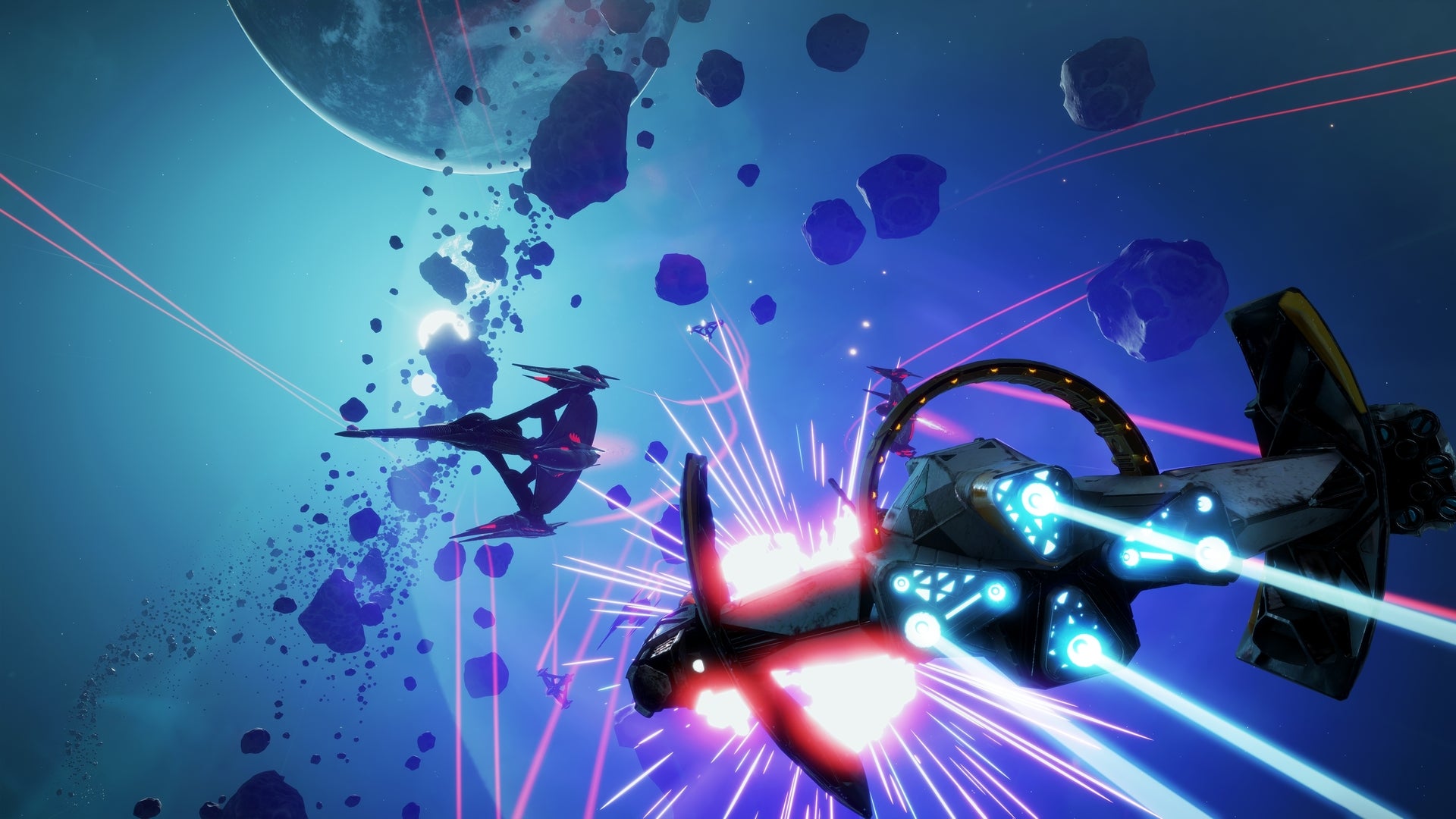 Players on Sony and Microsoft’s hardware shouldn’t feel too hard done by though, as the Switch version trades of its exclusive content with lower overall performance. There are some questionable textures in cutscenes that make shots look grainy or waxy, while on planet surfaces, you’ll see very noticeable pop-in effects. Starlink is clearly pushing the Switch to its limits, and the problems are even more apparent in handheld mode.

Still, there’s nothing game-breaking on the Switch version and, occasional mucky textures aside, the entire cast looks great. The crossover appeal no doubt elevates it on Nintendo’s hardware, but Starlink is a fantastic experience whichever format you play on.

Crammed with gorgeous worlds, thrilling combat, and engaging mysteries, plus an arching plot that doesn’t speak down to its audience, Starlink is toys-to-life, all grown up.

The de-emphasis on the toys is a double-edged sword, saving parents from trying to find rarer figures or ships for kids, but also robbing the game of one of its most special and enjoyable aspects if played without them.

Whichever way you play though, there’s a great space combat and exploration title here, with a surprising level of depth in its story and mechanics. An unexpected delight.