Available on Wii U (Played on Wii U)
Starfox Zero release date: December 2015

The last time Nintendo actually did a live E3 press conference it was to announce the Wii U GamePad. Since then it’s stuck to the safety of live streams and this year it didn’t really have much to say about its answer to the Xbox One and the PS4.

It did have a new Starfox game to talk about, which will stir a little excitement from Nintendo fans. Once an iconic game for the Super Nintendo and the N64, Starfox Zero was teased last year and now it’s actually coming to the Wii U. Yes, Fox McCloud and company are back and this time in HD.

See Also: So long Wii U, we hardly know knew you 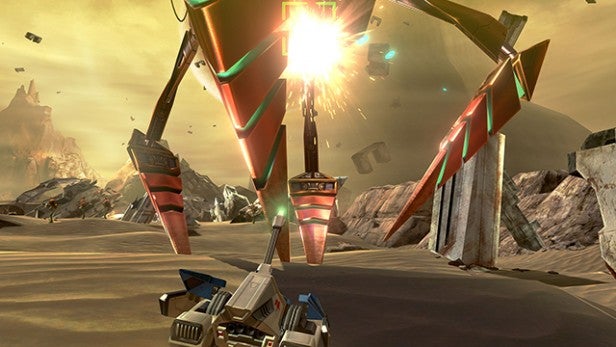 Nintendo has worked with Platinum Games (Bayonetta and Metal Gear Rising: Revengeance) on the latest game where you’ll need to keep an eye on both the TV and the GamePad screen to play it.

Nintendo calls it a unique interface with the TV taking care of the cinematic flying experience and the GamePad’s screen giving you a cockpit view. By using the built-in gyro sensor, it should make it easier to aim at enemey targets. In practice, it doesn’t really work out like that. 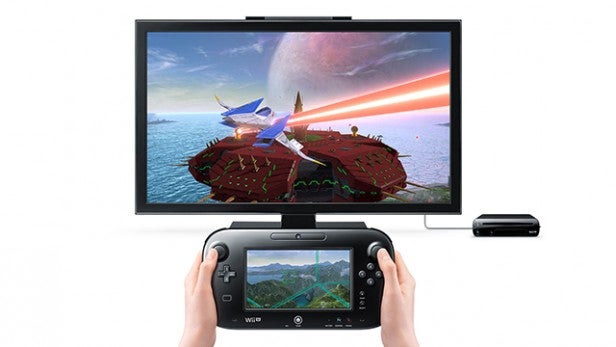 I’m told to hold the GamePad up in front of me so I can see both screens at the same time. It doesn’t take long before that particular pose begins to feel uncomfortable. I start with some training to get to grips with the controls and I can’t help staring at the main screen and ignoring the one on the GamePad. A look around at other people playing the game, and I’m clearly not in the minority. I don’t remember Starfox being this complicated to play on the SNES.

After flying through rings, arches and firing at some dummy enemies it’s time to go into battle. The flying mechanics of the game feel very familiar to previous games and that’s definitely a positive. Using the control stick, you can still have a lot of fun performing somersaults and barrel rolls. Once again though,
I’m looking up at the TV and then down at the GamePad and while I’m reminded by the Nintendo rep to keep an eye on the GamePad because it will help with my aim. It’s at that point that I am relying solely on the main screen. 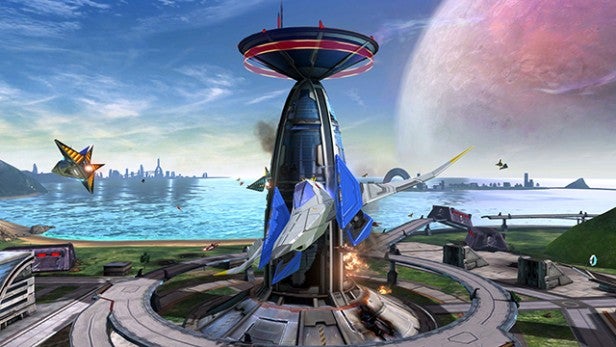 I have to take out 10 space ships before proceeding to the last stage of the demo and it’s taking me a while to do it. I’m started to get really frustrated. The last objective is to prevent a clan of robotic spiders climbing up a tower. This time I get to see a new robotic chicken character, which can hop along and hover to shoot at the critical red zones sitting on top of the spiders. My GamePad begins to slip even lower down and one of the big robotic spiders manages to get to the top of the tower and my time with Starfox Wii U is done and to be honest, I’d had enough.

First Impressions
If you look past the updated graphics, I could have been playing Starfox Wii U on an older console. Perhaps some fans will like the fact it plays so much on the style and feel of previous Starfox games, but I really was hoping for more.

It’s the overcomplicated controls that’s really the main issue here though. The GamePad and TV dual interface concept doesn’t really seem necessary at all and would have been so much better just using a standard controller. Maybe the new vehicles and missions will give it an extra burst of life, but I can’t help feeling that Nintendo is already thinking about life after the Wii U.