Exclusive to Wii U
Star Fox returning to the Wii U is a big deal. It’s easy to forget in a gaming world dominated by the likes of Call Of Duty and Destiny, there was a time when Nintendo’s franchise was considered something to be excited about. That’s why there’s a lot of eyes on Star Fox Zero.

Caught up in development turmoil following a delay late last year, Zero follows a similar template to its predecessors and is more or less what you’d hope it would be. Focusing once again on Fox McCloud and his in-flight teammates Slippy, Falco and Peppy, they seek one simple thing: to free the Lylat System from the evil watch of enemy Andross, who if you don’t know, happens to be a big floating head.

Never forgetting the earlier titles in the series and what made them special, the majority of your time will be spent piloting your Arwing through numerous space battles. Thankfully, this is where Star Fox Zero shines brightest.

Many games struggle to deliver a consistently fun dogfighting experience for a variety of reasons. But Nintendo has bucked this trend by ensuring you always feel like you have a fighting chance and can turn the tide at a moments notice. Often this requires nothing more than performing an in-air somersault, but it makes the entire experience fun as opposed to frustrating. It’s more a question of timing than frantically fighting with the controls, but that’s not the case for Zero at large.

To Nintendo’s and co-developer Platinum Games’ credit, a tremendous amount of effort has been made to ensure Star Fox’s Wii U debut is as diverse as possible. When you’re not asked to blow ships out of the sky, you may be required to pilot a different vessel entirely, for example, or escort a tiny robot to hack terminals. Generally this keeps Zero fun to play level to level, but not every design decision has been the right one. Why? Because as well as the odd extra vehicle, Star Fox lets you to turn your Arwing into a land craft. 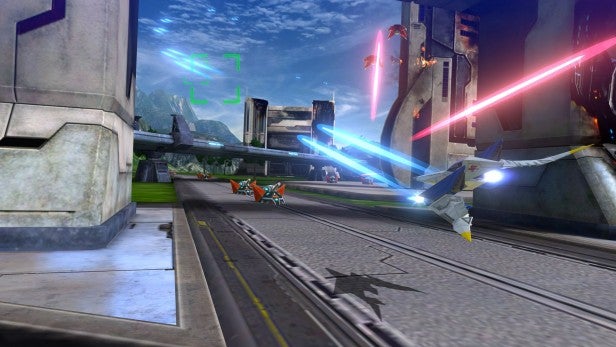 This sounds cool, but every section that requires you to turn into a land craft is fustrating, not fun. This is mostly due to how unwieldy the contraption can be. It’s an odd shift in proceedings, especially as the balance between motion control and gamepad has been handled with relative care elsewhere. The dogfighting is very well thought out and has a secondary option to only use motion controls when aiming – should the default choice not be to your liking.

It’s a shame the land controls haven’t been better implemented as some of the ideas where the gameplay’s used are great, in theory. For example, in one section I had to boost through an enemy ship’s laser cannon to deactivate its shield, land on the ship’s hull and make my way down to the control room to complete the mission. The exaggerated, epic scene should have been exciting, but it was spoiled by the land craft’s fiddly controls. 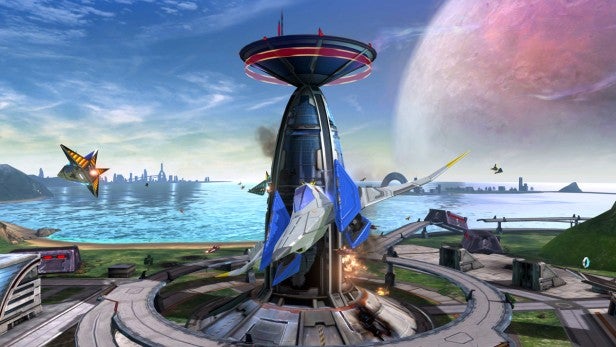 These gripes are usually swiftly forgotten because of how well the game performs elsewhere. Zero has no problem toying with events mid-level either, switching from a linear, on-rails area to more open, explorable environments on a whim. Throw in that there’s a bronze, silver and gold score system tied to each mission, and Star Fox has you covered. The relative brief nature of each makes them perfect for replaying as well.

It’s not just Star Fox Zero celebrating the series’ return, however. For reasons that may never be made clear, Nintendo has also decided to release Star Fox Guard, a mini-game that will be packaged with retail versions of Zero. To be blunt, it’s not all that good.

A tower defense title by any other name, Guard puts you in control of protecting Grippy Toad’s lot using a series of cameras. Asking you to keep an eye on each, your goal is to swap between them, shooting any robotic threats before they breach your barricade.

The problem is that it’s so finickity hopping from camera to camera that Guard is a mess within seconds. One moment your finger is tapping away at the gamepad screen to witch between cameras and the next it’s needed for combat again. You soon realise you’d have a better time if you just gave up. Those who decide to stick with it and enjoy the madness will probably see it as a nice addition, but it won’t be something that lasts long for most gamers, even if leaderboards are your thing. 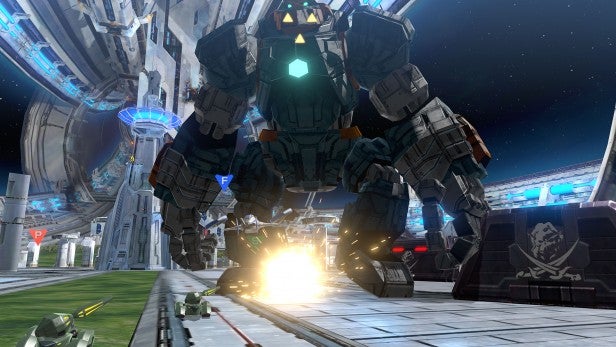 Fortunately Guard is an aside to the main event, and here Nintendo has got things right. Star Fox Zero has the ability to muster up genuine excitement. It’s not the hardest of games, but it when it finds it flow, it delivers a frantic and ultimatley enjoyable experience.

Understanding what made it a fan favourite to begin with – while updating it enough for a modern day console and audience – Zero’s biggest let down are its poor land vehicle controls. But these are a brief negative point in a game that boasts plenty of positives. Zero can and should be chalked up as a successful return.

Star Fox Zero serves as a good way to please fans and get new players on board, but the occasional control issues can be slightly frustrating. Feel free to forget about Guard, though.