I don’t cope too well with tension, which is why you’re unlikely to find me at the top of a scoreboard when any game tasks me with having a steady hand.

Whether taking on one of those table-top labyrinth games or those blasted buzzer challenges where you had to guide the metal hoop along a bendy pole without touching it, I’m more likely to end up giving the instrument in question a kick at the end of an unsuccessful run than I am celebrating any kind of glory. Such a lack of skill makes a game like Spectrum something of an interesting prospect for a player such as me.

In much the same way, this is a game about fine margins – about holding your nerve and seeing something through to the end. Or, if you’re a more literal kind of person, it’s a game about guiding a small black almost slug like creature around a maze, picking up even more minute white balls along the way before heading to the exit. But making that tight little journey is, like all the aforementioned challenges, a case of keeping your nerve under pressure. 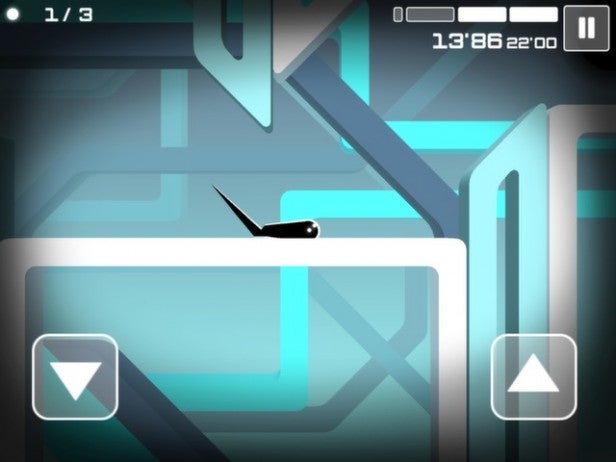 Using a combination of accelerometer and touch based controls, you move said blob through a series of relatively concise, futuristic style levels, making care not to touch the more pointed elements of its design or fall from a great height. As you might expect, tipping your phone handles the direction you move in, while two buttons on either side of the screen either push you up or drag you down.

Though contact doesn’t automatically take a life away – of which there are three – if the impact is especially rough or against a piercing surface, damage is taken, making it best to, where possible, stay away from the edges. This, of course, is by no means easy. Spectrum’s 60 levels are not empty caverns, instead increasingly throwing interactive objects that make staying on course more tricky than it might first appear in your direction. 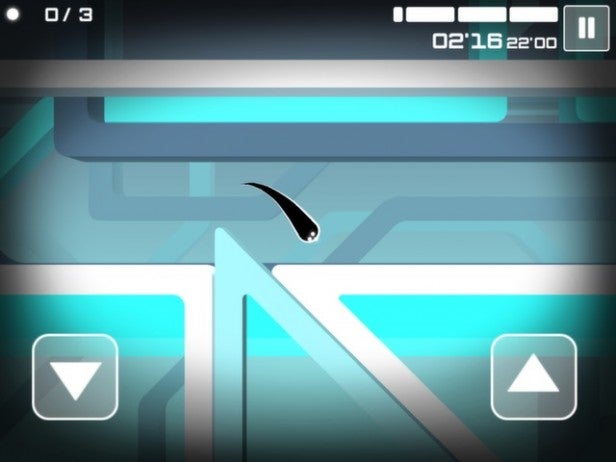 An early element, for instance, sees wind being blown into the stage either pushing you up or forcing you down, causing you to fight against the tide as it were without losing control completely. The location of the white balls also begins to tempt you into more and more perilous positions, as do some of the locked doors, only blasted open when you pick up some of the slightly larger black spheres often hidden around each stage.

All in all, Spectrum serves up a a model that won’t be unfamiliar for anyone who has lost many an hour to a platformer-cum-puzzler in the past, and – both in terms of design and delivery – this feels like a game aimed at old school gamers. Indeed, the slightly characterless visuals and focus on accelerometer based play really harks back to the early days of the App Store and, in that respect, Spectrum feels a little out of its time – it could legitimately have been released at any point during the last seven years. 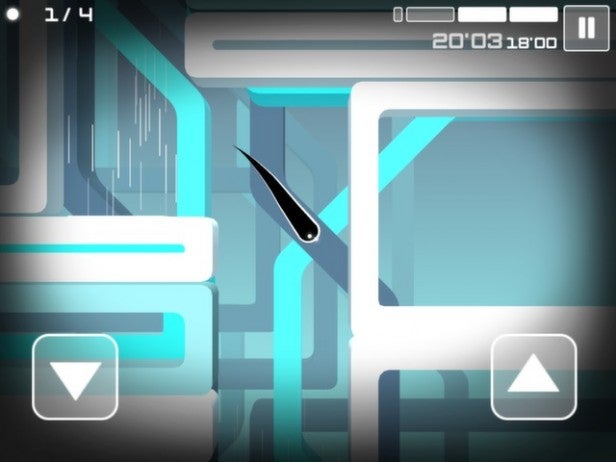 There’s something comforting about that. Spectrum pays no great attention to plot or lavish cut-scenes, or even any kind of star-based ranking system – this is a game of poise and patience, plain and simple, that sits perfectly on a smartphone.

The question remains, however, as to just whether Spectrum brings anything new to the table. While it’s an entirely proficient puzzle adventure that will put even the most skilled players to the test, it all feels rather familiar and a touch unoriginal. 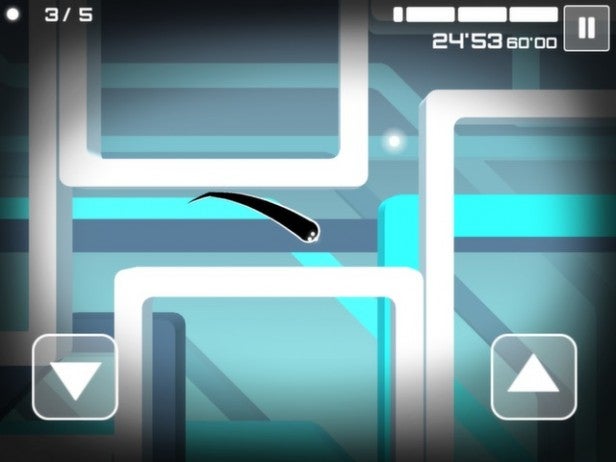 That, of course, isn’t a problem if you’re new to this type of release – Spectrum is the kind of game that will serve as the perfect introduction to the App Store’s pack of action-based puzzlers and, indeed, may well inspire gamers to go on and pick up a fair few more. Nevertheless, it’s difficult not to play Spectrum without thinking that, with a bit more inspiration, the solid base that’s been created here could have been transformed into something all the more ambitious.

As it is, Spectrum is a solid enough adventure that, thanks to its length, will serve as a valid distraction for anyone who parts with their cash for it. Just don’t expect it to turn the genre on its head.

Verdict
Sleek and solid, Spectrum’s part puzzle, part platform play charges you with weaving through a series of sci-fi like mazes unscathed, using your iPhone’s accelerometer and some on screen controls to power your progress. However, it all feels a little run of the mill and lacks the little bit of inspiration it needs to stand out.