I’m sorry, Space Siege, but our brief time together has come to an end. I know what you’re trying to say. “Why stop now? I have so much more to offer if only you’d give me the chance.” Unfortunately, I just don’t think I can face another minute in your company. The truth is that I’m tired of you, Space Siege. I’m not sure I could make it to the end of your single-player campaign, even if I wanted to. And as for sharing you with others, well, why on earth do you think I’d want to do that? 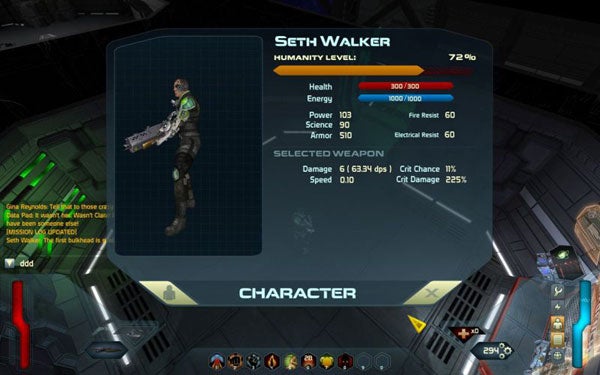 I’m trying hard not to be cruel here, Space Siege, but the fact is that you’re just not all that good looking. Maybe I’ve been spoilt by the likes of Mass Effect and Age of Conan but these days I expect an RPG with a bit of eye candy. As an action RPG you really have no excuse, and your dull, repetitive textures and low-detail models just don’t do anything for me. I know you’ve tried to use lighting and particle effects to cover up the blemishes and wrinkles, but – while it might be hard for you to accept – you look quite a bit older than your age. I mean, even Titan Quest, which launched over two years ago, is easier on the eye than you. It had great scenery, a huge cast of savage monsters and some fairly luscious surface effects. Do you have any of this stuff? Nope. Just dull spaceship corridors, dull industrial walkways and dull, poorly decorated chambers featuring the sparsest furniture, most of it completely non-interactive. I’m sorry, Space Siege, but you’ve taken a fall from a branch a good halfway up the ugly tree. 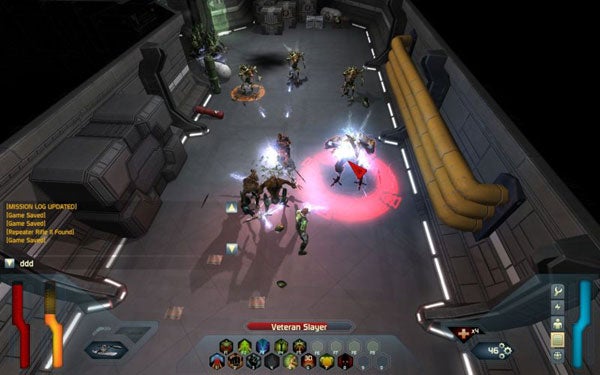 Of course, looks aren’t everything, but you’re not too hot in the other departments, either. I can see that you’re trying to be a kind of friendly action RPG that can appeal to the Diablo fanbase and the FPS crowd, but you’re not really doing anything that well. I mean, just look at your controls! Point-and-click movement and firing works OK in a melee-centric Diablo clone, but this is a game where the player is under constant fire from ranged weapons. Wouldn’t it be nice if they could strafe and dodge, like in an FPS? Why, then, have you made W, A, S and D the camera controls and only allowed a simple forward roll manoeuvre for those wanting to evade incoming laser blasts. If some alien fiend is shooting at me, the last thing I want to do is roll straight into his line of fire.

Still, once you get used to it your combat system is reasonably workable. I can switch between melee and missile weapons with a click, drag special attacks and abilities onto a hot-bar and activate them with presses of the number keys, then toss grenades or heal myself at the press of a button. As your hallways and walkways are generously littered with fuel drums and exploding canisters, I canb use these to blast the alien scum to kingdom come. I can even see signs of a rudimentary physics system at work, even if it is a bit silly when my hero just walks straight through a bunch of crates pushing them in his wake. Surely that would chafe on the knees. Still, you do also throw in a robot companion who can follow me around for a bit of added firepower – just what I need when I’m up against such overwhelming odds. 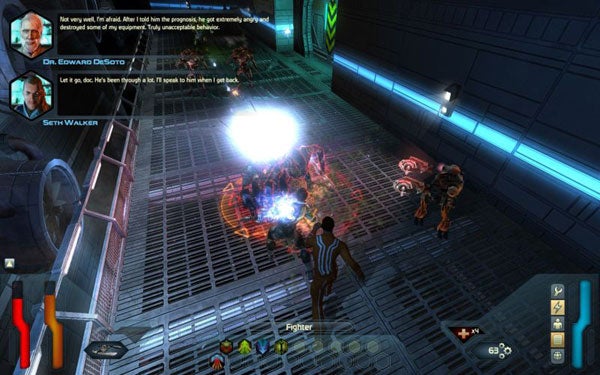 Prowling your besieged starship setting was even quite good fun at first. I could disengage my brain and just enjoy the steady rhythm of slaughter, looting and upgrading (and thanks for the hotkey that gathers nearby dropped resources, by the way). However, the more I’ve played, the more I feel like we’re not really going anywhere. I’m not just talking about character progression. True, you have a simplified skill tree where I can add to and enhance my combat and engineering abilities, not to mention a decent system of weapon, armour and robot upgrades. I can even treat myself to cybernetic modifications to boost my powers further. I’m not really sure why you’ve tried to make this an ethical dilemma – I care so little about my character that I couldn’t give a monkey’s whether he ends up half-machine – but I’m sure you were trying to do something interesting with it. As an RPG you’re a little simple, but I don’t really have too many problems with your mechanics. 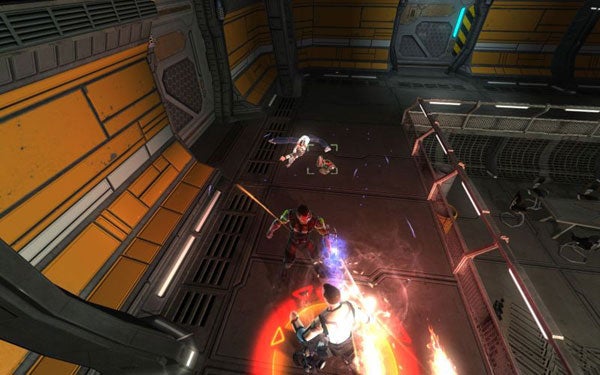 What I do have a problem with is your structure and pace. One section seems to blend into the next with only the most basic change of environments or enemies. I might be tracking down another member of the ship’s crew or shutting down another bulkhead, but all I see is that I’m wandering from one area to the next blasting and battering anything in the way until I reach the destination marked on my map, at which point I just repeat. This in itself isn’t a disaster – some reasonably decent Diablo clones do exactly the same thing. Unfortunately, you don’t seem to have their energy. Where the action should ebb and flow, pushing towards the next big encounter and allowing plenty of time to find new and exciting upgrades, you just feel like a continuous, moderately tricky slog. Enemy AI is woeful, and I don’t know who programmed my robot pet, but he seems to be drawn towards mines like a dog to lamp posts. It’s good news that he’s cheap to regenerate (as is my hero) or I wouldn’t have got anywhere with you.

Your story and characterisation, meanwhile, is so generic that it’s just untrue. I guess we should be glad about the lack of cut scenes, but couldn’t you have found some way to inject a little drama and personality into the game. The System Shock style data pads certainly don’t do it, and neither do the chunks of dialogue that crop up from time to time. Some of your clichés are plain laughable. Maybe multiplayer will bring out your hidden potential, but I doubt it. When I tried to find a game earlier today not a soul was playing. From what I can see, all you have to offer is a series of stand-alone missions even more tedious than those in the main game. Why should I put myself and three other players through that? 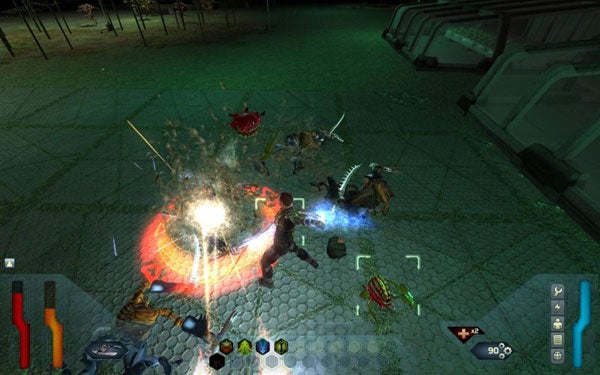 So that’s it, Space Siege. It didn’t have to be this way. The Dungeon Siege games that came before you weren’t masterpieces, but at least they had attractive graphics and simple, addictive, and accessible action on their side. You’re just average for the first four hours then increasingly tedious company after that. So I won’t be wasting anymore time on you, and I hope that other PC gamers will give you a wide berth as well. I know you’re pretty cheap and there aren’t a lot of other PC games we can play at the moment, but we’d have to be pretty desperate to make picking you up worth our while. 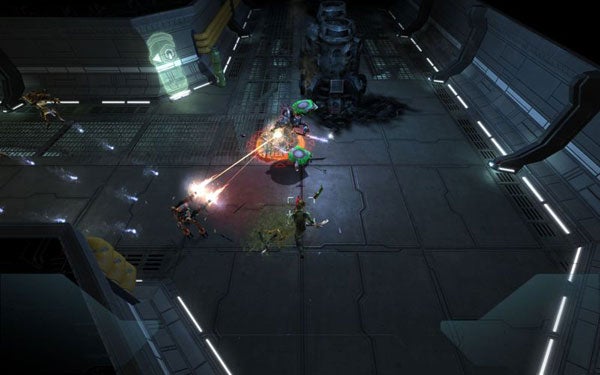 
Bland, dated and utterly forgettable, Space Siege is a deeply disappointing action RPG. From a small, low-budget developer we might expect this sort of nonsense, but when it comes from a company with the reputation of Gas Powered Games you have to wonder what went wrong.