SoundMagic is a force to be reckoned with in budget earphones. If you’re looking for an affordable pair but haven’t checked these guys out yet, put doing so at the top of your to-do list. The SoundMagic EH11 are the sportiest of their headphones, with built-in adjustable ear clips, an anti-microphonic cable and a startling orange-and grey design.

Design
When we recently looked at the rather-fantastic SoundMagic E30, we weren’t great fans of the design. And it’s a similar story this time around. The glossy plastic has been replaced with matt-finish plastic and shiny metal, but it’s more the colour combos we’re not convinced by. Dull orange and grey don’t make us want to get up and start running. 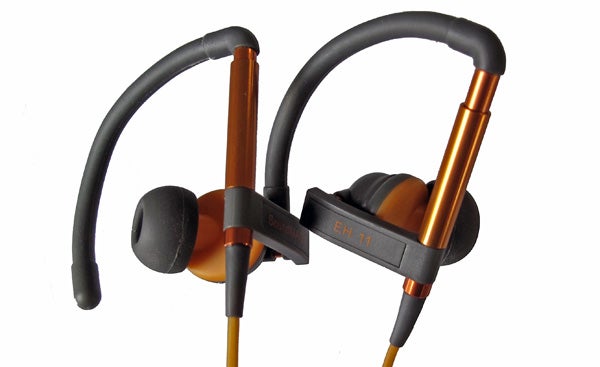 However, in truth they’re not much worse off than many sports earphones – the Ultimate Ears 300vi use an almost-identical colour combination. Maybe we’re just miserable.

It’s not just the colour that’s tailored for sporty types, though – the entire design is. These headphones use a non-removable clip that gives the rubber tip much less responsibility for keeping the earphones in place. As such, they can withstand more knocks and movement without falling out of your ears.

Fit and comfort
The SoundMagic EH11 frames move in three ways that makes them easy to fit for just about anyone. First, the earbuds swivel freely horizontally around the two part metal pole that helps to give the frame a feeling of solidity. This pole is formed of two cylinders – one inside the other – that extend telescopically to let you secure the flexible ear loop over your ear lobe.

In, out, shake it all about…

The loops maintain their shape when left but are flexible, letting you mould them easily. This part is very important, as it means the high-friction rubber outer won’t sink back onto your ear, which could cause discomfort while you’re running/working out.

SoundMagic has also dialled back noise isolation. Blocking out the outside world is great, apart from when you’re running around a car-infested urban sprawl. The isolation is limited on two fronts. The clip design means the seal with your ear is less tight, and there are two sound ports on the bud, a standard one on the inner side and a larger grill’d one on the outside. The SoundMagic EH11 still take the edge off ambient noise, but are less effective than the range’s non-sport models.

For use in the gym, with its lack of fast cars and abundance of often-offensive music blaring far and wide, we’d probably opt for the SoundMagic E30, which offer optional rubber ear loops.

Accessories
The SoundMagic EH11 come with the standard array of accessories – tips, clip and carry case. Their tips selection in particular is very good, though. Where some supply just three sets, you get seven here – one pair on the earphones themselves and a further six grey rubber tips in a wide array of sizes. 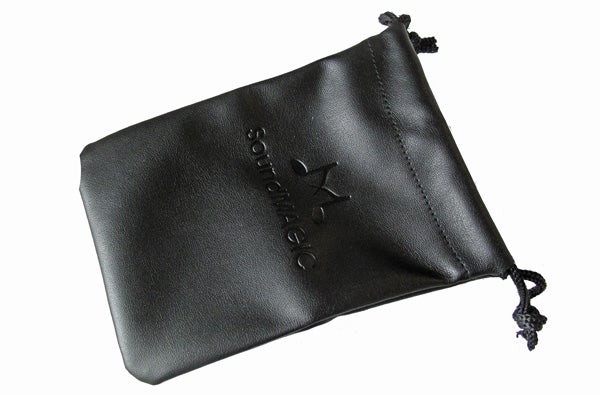 The carry case and clip are entirely unremarkable, but complete the set to make sure nothing serious is missing. The cable uses a light rubber finish, and is coloured with the same orange as the inner side of the buds.

The cable join and the jack end are both armoured with a column of orange metal, for that bit of extra strength.

Sound Quality
Sport headphones tend to up the bass along with splashing colour around, and it comes as no surprise that the SoundMagic EH11 are bassier than both the E30 and E10. If you’re after accuracy and balance, both these sister sets are better options. However, there’s a lot to like about these earphones.

The low-end is smooth and rich, lending a fun, enjoyable weight to synth- and beat-filled music in a way that suits a work out pretty well. Tonally, it’s very enjoyable. 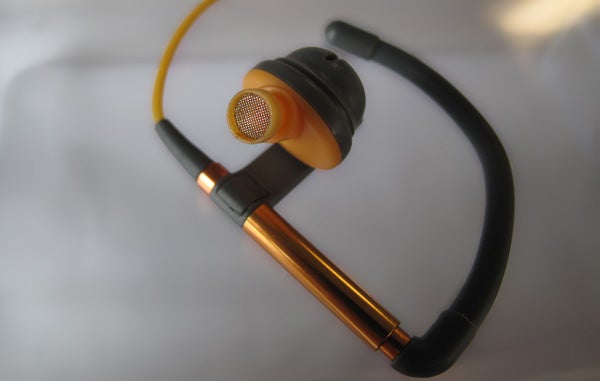 From a more technical perspective, the bass is a little overblown, causing resonance in spoken voice recordings – owning male reproductive organs shouldn’t make the floorboards shake as soon as you open your mouth. It also diminishes some of the clarity heard in the SoundMagic E10 and E30. However, there was plenty to go around there, and a good level detail can be heard here.

The emphasis is on big, fun-sounding music rather than accuracy and balance all the way, but a fairly smooth transition in frequency response across the range keeps music sounding right.

In context, this means that while rock music sounds powerful and punchy, it’s not quite as crisp as a top less-bassy set. However, we took them down to the gym and put on some Led Zeppelin and were completely satisfied. They’re not fantastic for critical, close listening, but they know how to show you a good time. And we recommend them over one of their closest rivals, the Ultimate Ears 300vi. 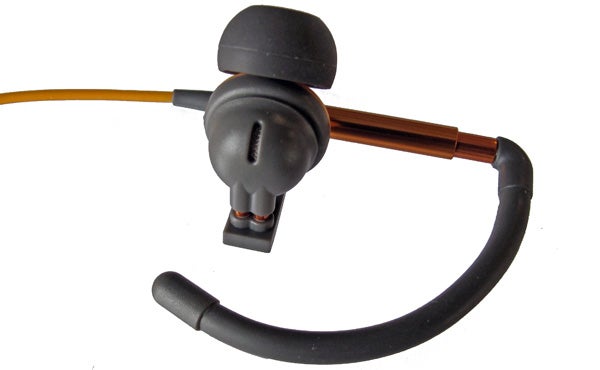 Value
The only small issue we could take with the SoundMagic EH11 is that they don’t offer a remote control or handsfree housing on the cable, when the similarly-priced UE 300vi do. Is it a biggie? Not really, given we much prefer the sound of the SoundMagic set, as well as the significantly better build quality.

If you want an everyday set that can double as a sport pair, though, we much prefer the sister SoundMagic E30. The ear loops are less advanced – little more than rubber cable sheaths that snake over your ears – and they feel less high-tech, but the less bassy, more balanced sound seems better to our ears.

The SoundMagic E30 are some of the best sport in-ear headphones around. Their ear clips are well-made and comfortable, the sound is bassy while maintaining decent sonic balance and at the price they’re a bit of a bargain. If you want the best sound quality at the price, SoundMagic’s non-sport models are a little better, but bass fans will love them.