It’s the great SoundMagic E11 with USB-C, but the new connection adds a couple of issues of its own

What are the SoundMagic E11D?

Earphones such as the SoundMagic E11D will become more important as new phones coming onto the market increasingly leave out the 3.5mm headphone jack. The E11D look good and sound good, and since they’re wired units, you don’t have to worry about charging any batteries.

USB-C headphones will, for a while at least, also highlight what is most annoying about the shift away from the headphone jack. Headphones and earphones will have to incorporate their own digital-analogue converter, raising prices even though this sort of hardware makes much more sense in a phone than a space-limited pair of earphones.

SoundMagic hasn’t taken advantage of us with the E11D, though: these earphones cost just £10/$10 more than the standard SoundMagic E11C.

One common response to anyone complaining that their new phone doesn’t have a headphone jack is, “just buy a wireless pair”. But not everyone wants to worry about yet another piece of tech that needs to be charged. 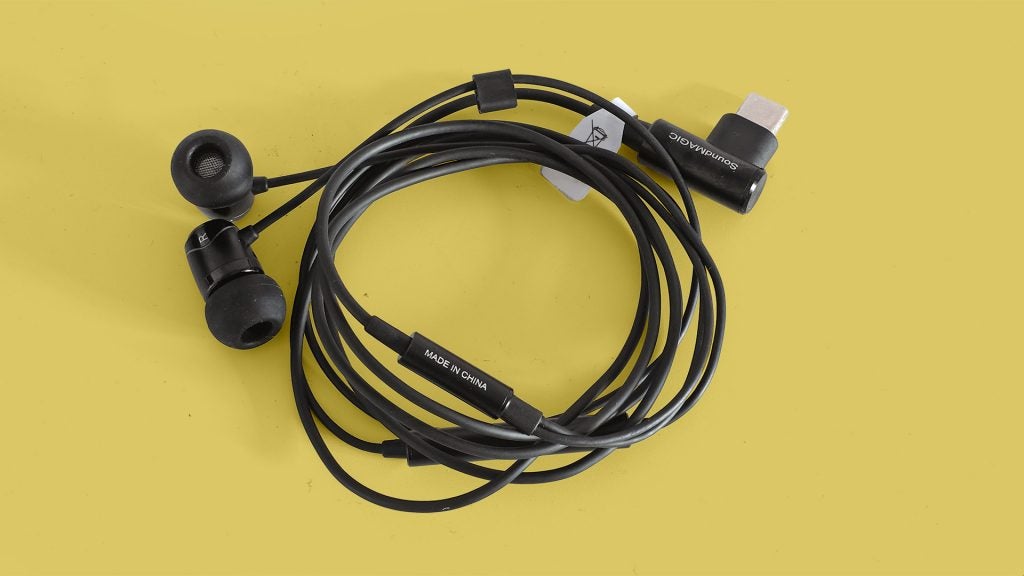 The SoundMagic E11D are designed to plug into Android phones that have adopted the USC-C standard, but ejected the headphone jack. You just plug them into your phone’s charge socket, and they start receiving the audio signal just like an analogue pair of earphones.

Aside from the USB-C part at the end of the cable, the SoundMagic E11D appear much like the E11C, apart from the finish. These are all-black earphones, bar the little swirls of grey on the earpieces.

There’s plenty on aluminium here, too. The entire earpiece casing, the remote, the section where the L/R cabling meets and even the housing for the USB connector: it’s all aluminium. SoundMagic’s E11C are more eye-catching as a result of their translucent cabling and bronze-like finish, but the E11D look smart enough. 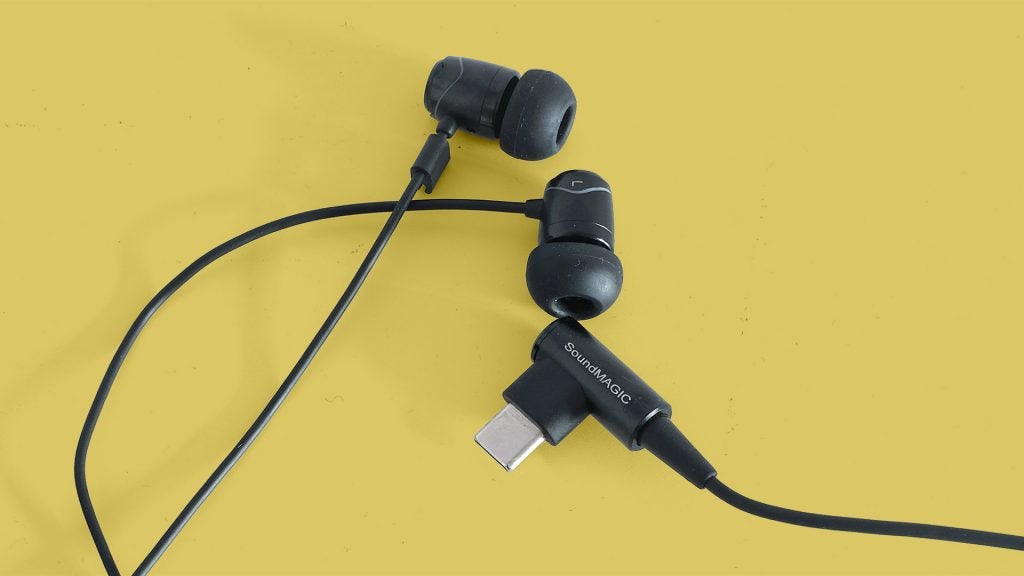 Your first reaction to this pair may be, “now that’s a big headphone connector”. In order to simplify the E11D’s construction, all the extra hardware required has been packed into the USB-C housing. Since these earphones receive a digital signal, they need a circuit that has a digital-to-analogue converter and an amplifier to prep the feed for the earphone drivers.

The extra bulk of the plug is proof that such hardware is more suited to an audio player or phone than a pair of earphones. But no-one on the manufacturing side appears to agree. In addition, phone-makers also haven’t factored in that the charging port’s position is potentially irritating for gamers. Play a landscape game and, in virtually every case, a headphone adapter or earphones such as this will be in the way.

SoundMagic copes with this as best it can. The E11D have a tough right-angle jack, which is unlikely to become damaged as you nudge it constantly playing PUBG. 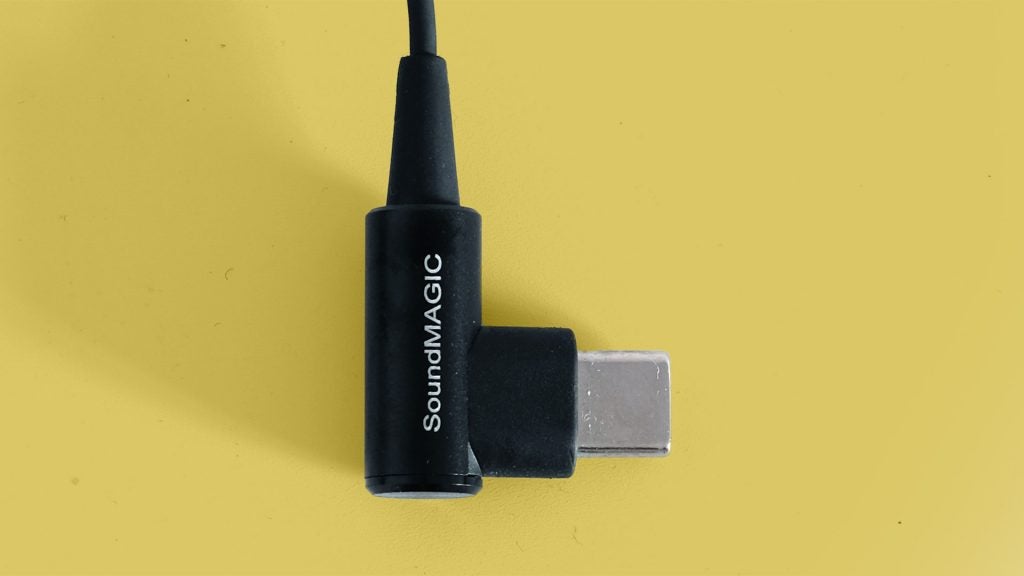 There is another issue, however. It likely isn’t specific to the SoundMagic E11D but is worth considering if this marks your leap to USB-C earphones. There’s a little lateral wobble to the USB-C connection, which, if the cable is nudged in your pocket, can cause the earphones to act as if you’ve just hit “pause”.

After having tested this with half a dozen different handsets and a handful of USB-C cables, I found that this was an issue with all of them. You simply wouldn’t notice it normally because you’d be plugging in to charge, not listen to music.

This is a fundamental challenge for USB-C earphones. But before calling the entire sub-genre “broken”, the issue wasn’t experienced every day, only on a few occasions. Plus it’s an annoyance that simply doesn’t exist with the SoundMagic E11C. 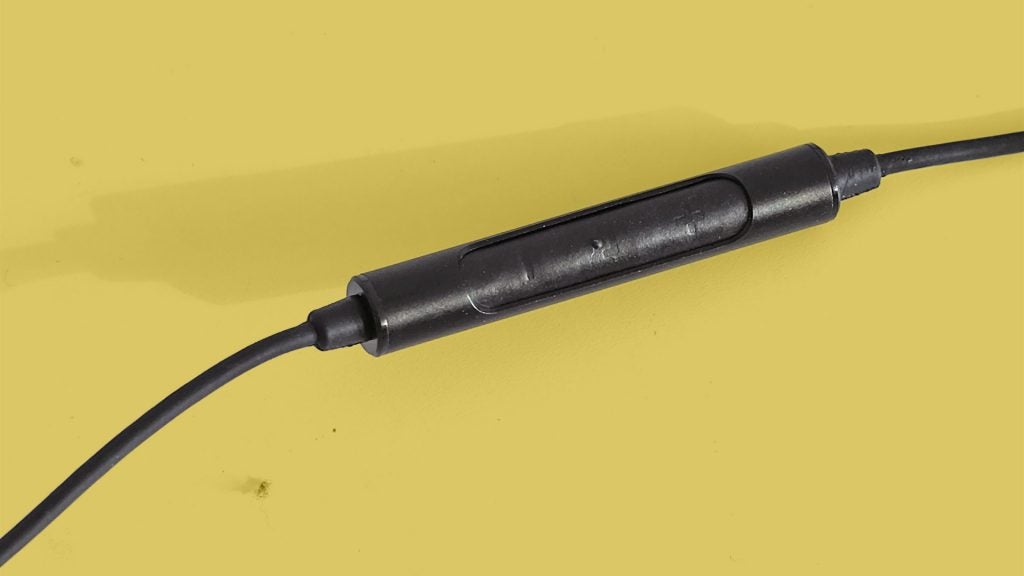 There’s a question of compatibility, too. The SoundMagic E11D have a neat three-button remote with integrated mic that can be used to take calls and alter volume. SoundMagic claims double and triple taps change tracks. However, when used with a Motorola Moto One at least, this isn’t the case. A long press brings up Google Assistant, as is the case with many recent earphones.

The more pressing compatibility issue regards the mic. SoundMagic’s website admits that some phones won’t get on with the E11D’s microphone. Using a Moto One it works, but not very well. The level is rather low and there’s a consistent “click” sound present on the other end.

USB-C headphones introduce more headaches than you might imagine. Of course, even some 3.5mm jack models suffer similar issues as a result of some phone makers’ semi-proprietary approaches to their sockets. Whatever happened to “keep it simple, stupid?”

Related: What is a DAC?

The E11D’s sound is near-identical to that of the SoundMagic E11C. This is no surprise given that they include the same 10mm dynamic drivers and earpiece cavity design. To my ears it’s a big improvement over the audio of the classic SoundMagic E10, which some of you may have owned. 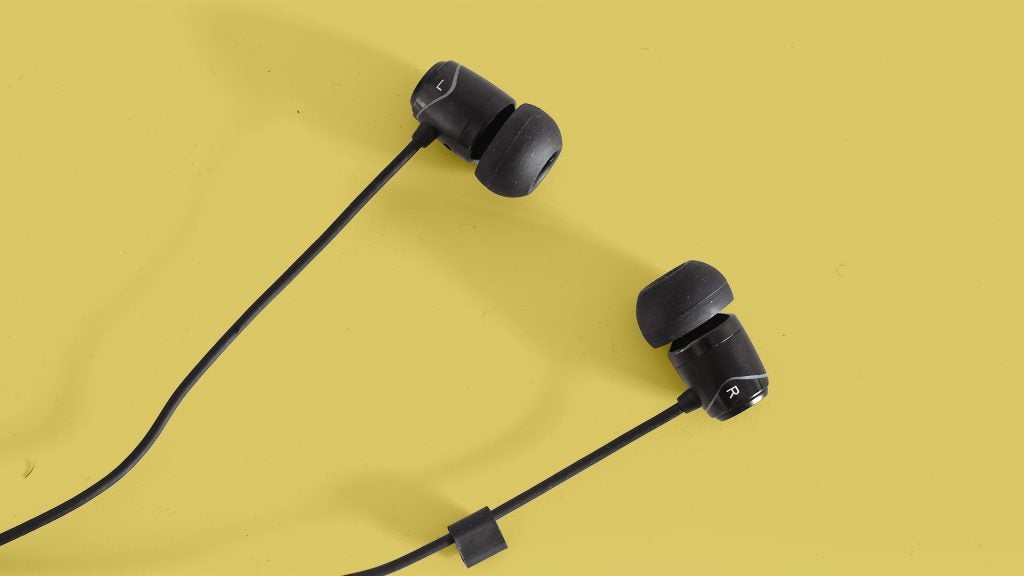 SoundMagic has tightened up the mid-bass and bass, brought more detail to the mids and improved soundstage imaging. These earphones can compete with some wireless pairs costing more than £100. The sound signature is an all-embracing love-in of solid bass, good detail without any sibilance, and no clear skews intended to give the SoundMagic E11D a stand-out personality that would likely prove distracting.

Next to some significantly more expensive earphones, the E11D display a very slight synthetic edge to the tone of the upper-mids. However, I could happily use this pair every day without any sense that I’m “slumming it”. For more sound quality impressions, check out our review of the SoundMagic E11C.

Of course, these earphones don’t appear to be quite as budget a pair as the basic SoundMagic E11. 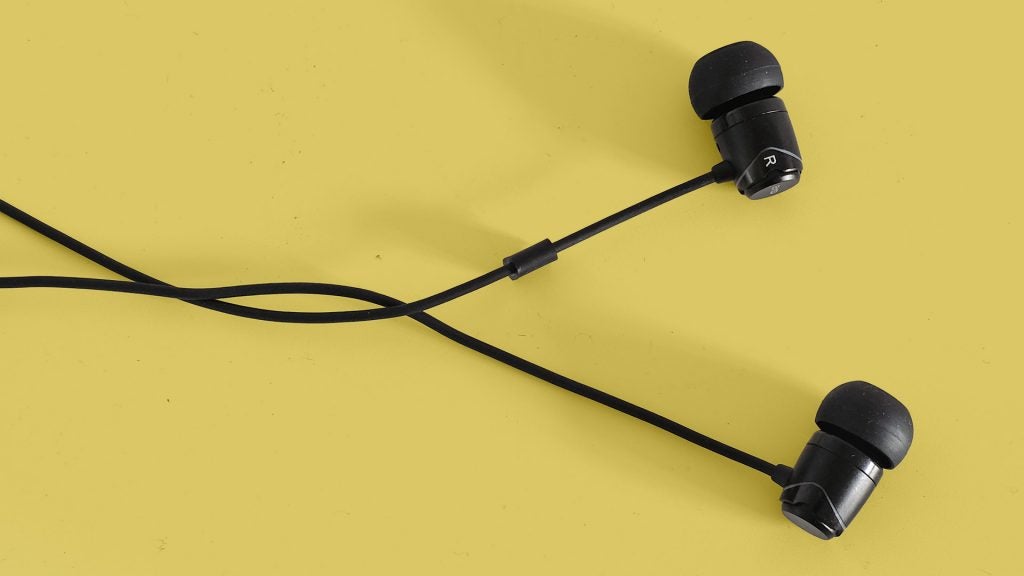 Why buy the SoundMagic E11D?

If you’re investigating the SoundMagic E11D, it’s likely because your current phone is missing a headphone jack. And when the majority of new models are wireless, that earphones such as this exist is welcome.

Typical of SoundMagic, the price hike over the 3.5mm version isn’t egregious and the sound quality is consistent. We wouldn’t advise buying the E11D if you think “digital” earphones such as this will be empirically superior. Unless your phone has terrible headphone circuitry, they won’t be markedly better. Plus, the addition of USB-C brings its own problems.

It’s the great SoundMagic E11 with USB-C, but the new connection adds a couple of its own issues .