What are the SoundMagic E10C?

The SoundMagic E10C are affordable earphones, the sort you might buy as an upgrade from the pair included with your phone.

Costing £40, they’re similar to other models in this long-standing E10 range. If you haven’t yet come across the SoundMagic E10 series, it has become one of the most popular budget earphones over the past few years.

A new feature on the E10C is a clever three-button remote that works across iOS and Android. Sound quality hasn’t really changed, but if you’re after a bassier sound then that’s no bad thing. 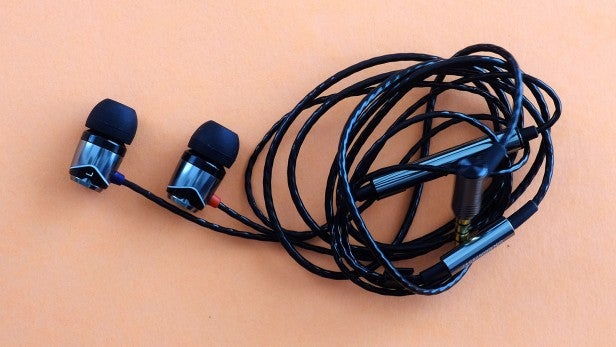 I’ve never been a huge fan of the SoundMagic E10 design. The coloured L/R earpiece parts; the “go faster” style stripes – they’re just not to my taste.

Regardless, the SoundMagic E10C continue in this vein. However, I do quite like the use of metal earpieces. While they won’t stop the cable connection from deteriorating if not looked after, they’re far more likely to survive being trodden on than a cheap plastic earpiece.

Rival Sennheiser earphones at the price are all-plastic. Some earphones use a metal sheath over a plastic shell, but the entire SoundMagic E10C frame is aluminium. 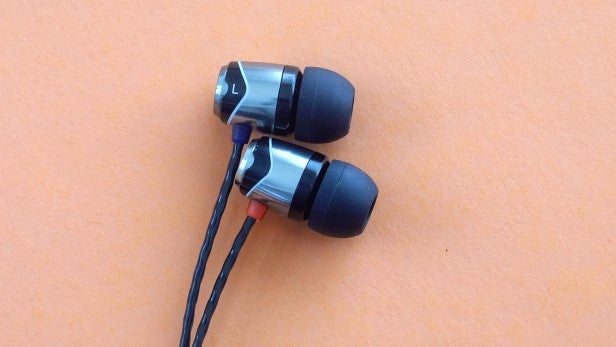 The cable is braided, although a PVC outer casing gives it slight knobbly appearance and feel.

Comfort is much the same as budget IEMs from Sony and Sennheiser. The SoundMagic E10C have fairly wide aperture, standard silicone tips and perch happily on the outer part of your ear canals, rather than digging in as far as possible.

The most important part of the SoundMagic E10C hardware is the remote. It looks a familiar cylinder of aluminium, with the usual three buttons. However, it’s the first remote of its type I’ve used to offer full cross-platform support, working with iPhones and Android phones alike. 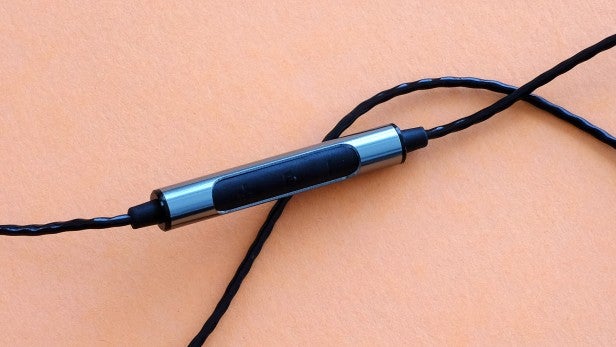 Normally a remote that works with both types of phone will include only one button, enabling you to play/pause music but not adjust the volume. The SoundMagic E10C do allow you to do the latter with both iPhone and Android handsets. There’s no switch involved, either. It just works. 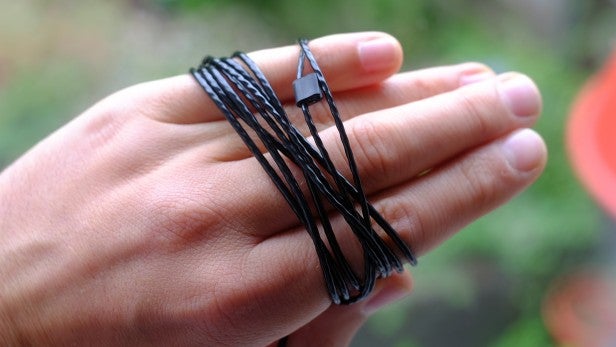 SoundMagic is also desperate to ensure the E10C work with just about any device, by including an unusual and rather great accessory package. In the little carry case you’ll find a mini-adapter cable designed to let you plug the earphones into laptops with separate earphone/mic sockets, and an adaptor plug for phones that don’t get on with some earphones remotes.

Typical of SoundMagic, there are also plenty of tips included too: seven pairs, to be precise. This number of accessories with £40 earphones is a rarity. 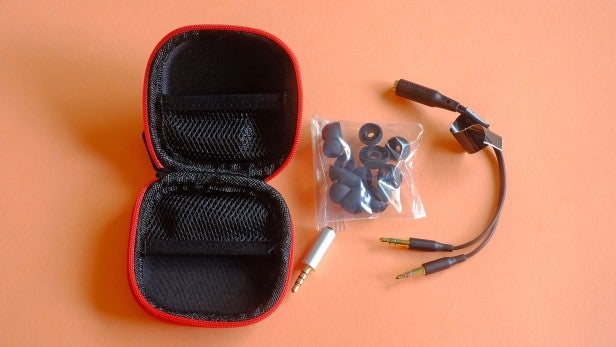 The alterations to the sound are much less marked than the new remote’s changes, but that’s no bad thing. SoundMagic’s various generations of E10 have earned a massive following thanks to their great sound and sensible price.

Their formula is simple. The SoundMagic E10C have an extremely populist tone. They pile on some extra bass to achieve a full, rich sound, but also offer a wide soundstage and decent treble detail. You get big fun bass, but also enough high-end flavour to conclude, within two bars of music, that these earphones are easily worth their money. 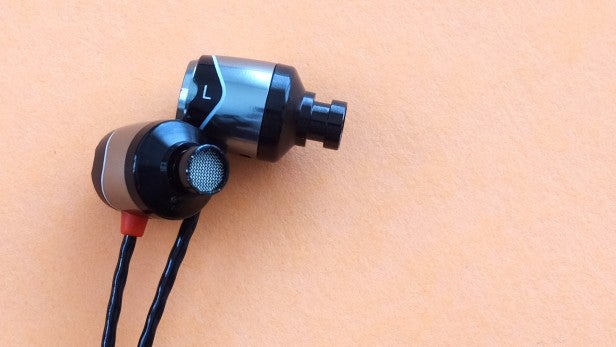 What I’m most impressed by is the deftness of the stereo imaging, which, when combined with a fairly large soundstage, give the SoundMagic E10C an involving and “big” sound. 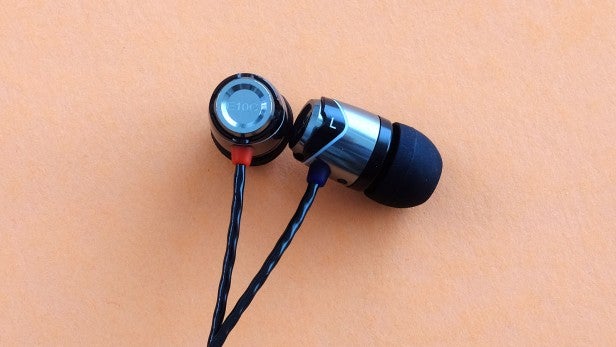 There are a few niggles, though. These are still very much big bass earphones, and as such they can sound quite bulky.

The SoundMagic E50 shed most of the low frequency emphasis, giving them a more balanced, grown-up sound that I find more satisfying. However, if bonus bass is what you’re after then the SoundMagic E10C pull off this sound signature better than the rival Sennheiser CX3.00. 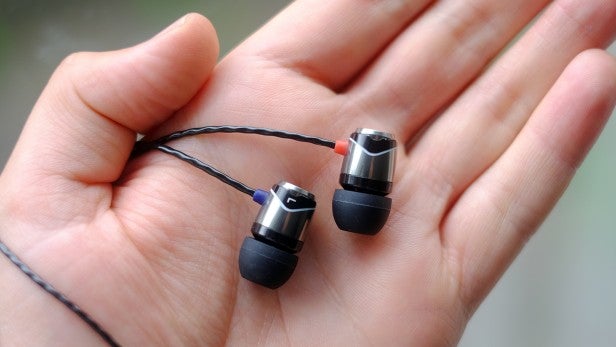 Should you buy the SoundMagic E10C?

The SoundMagic E10C include a remote of the type that we hope to see on all earphones before too long: a full three-button setup that doesn’t penalise Android handset owners.

These earphones are one of the best available at the price if you like powerful and dominant bass. Fortunately, the rest of the sound doesn’t suffer too much as a result.

However, if you’re looking for a “serious” earphone with a tone closer to that of a true high-end set, you should also consider the SoundMagic E50. The Fidue A65 are another great budget choice if you want something that sits in the middle ground, with slightly tamer bass.