What are the SoundMagic E10BT?

The SoundMagic E10BT are wireless earphones that defy current trends to offer in-ears that are useful rather than something to show off.

They use a battery pack instead of fitting everything into the earpieces, losing them a few “tech cool” points. However, they’re probably the best budget wireless earphones around at £69. 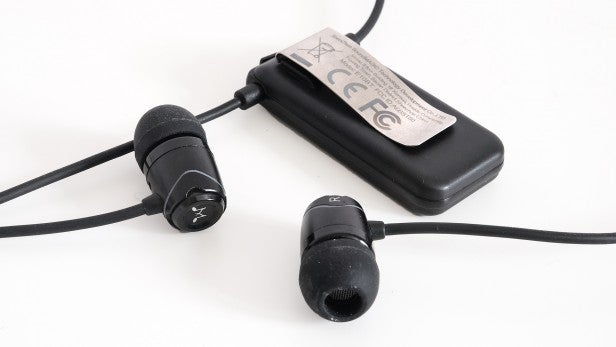 The E10BT are just the sort of earphones I’d expect from SoundMagic. They’re quirky – but, ultimately, they’re the perfect buy for ordinary folk who are wanting a pair of wireless earphones. This isn’t only because they’re relatively affordable.

Rather than being standalone buds such as the Apple AirPods, or a sporty-style pair such as the Bose SoundSport Wireless, the SoundMagic E10BT have a battery pack that sits on the cable that joins the two earpieces. This battery pack is separate from the remote too, making the E10BTs one of the ‘busiest’ wireless earphones I’ve come across recently. 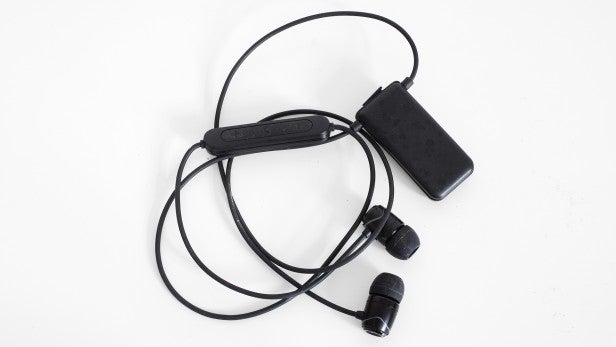 The obvious problem is where to put the battery pack? Day-to-day I’ve been attaching it to my shirt, or to the collar of my T-shirt when at the gym. You could also attach it to the back of a collar, which looks best, but this can be fiddly.

If you’re just sitting at a desk then it can be left to simply hang down without discomfort, since it weighs only a few grams. But SoundMagic’s aim is to make the E10BTs feel just like the E10s, and they do so when the battery is clipped to something.

The earpieces are much like those of the standard SoundMagic E10. They’re aluminium throughout, even though there appears to be a ‘split’ half-way down the bud. Both parts are metal. 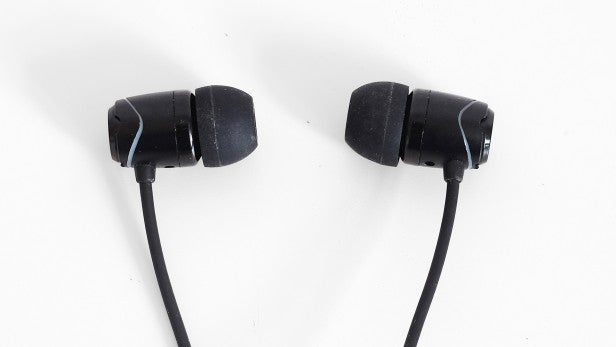 The cable is a little different, though. Where normal E10 earphones have a braided cable, the E10BT use a standard round one. It’s more susceptible to tangles, but at least there’s less cable to get tangled.

SoundMagic includes an almost ridiculously comprehensive selection of tips with the E10BTs. There are two slightly different styles of normal rounded tips (SoundMagic calls them bowl- and domed-shaped), dual-flange and vented tips. This last kind lets in some air, rather than blocking off your ear canals completely, so you can hear what’s going on around you. This makes the E10BT ideal for runners. 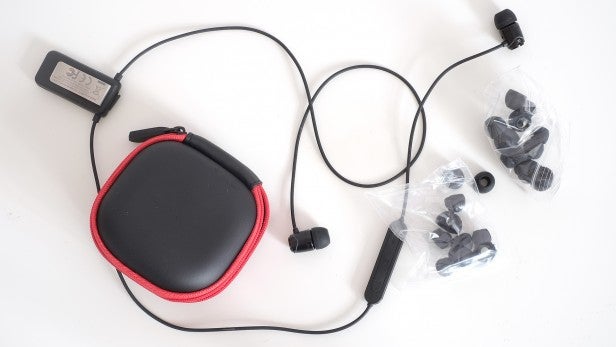 The tips come in a few different sizes, giving a total of 10 pairs in all. That might just be the most I’ve seen in 10 years of reviewing headphones.

The SoundMagic E10BT also come with a carry case, and a charge cable that you can plug into your laptop’s USB port or a phone charger. One of the main benefits of using a separate battery is that these earphones last far longer off a charge than most at the price. Budget wireless headphones tend to last six-eight hours, but these carry on for 10-12 hours, depending on volume at which you are listening. 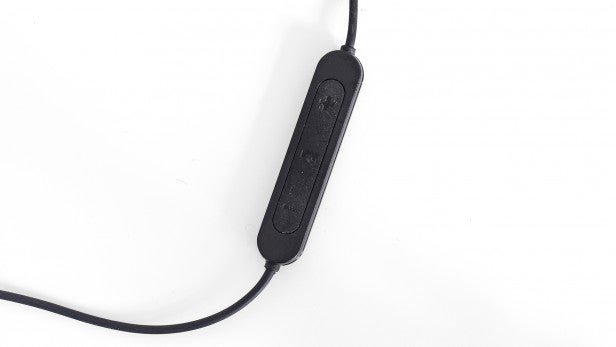 Until recently, the wireless performance of most budget Bluetooth wireless earphones is best described as patchy. You’d get pretty regular blips from movement, from interference of other devices, or just for reasons unexplained. In my experience at least, the SoundMagic E10BT’s wireless performance is on a par with pairs several times the price. I’ve heard no major wireless blips from these earphones.

These earphones use a Bluetooth 4.2 chipset that SoundMagic says it capable of 24-bit hi-res streaming, but with no support for aptX or aptX HD, it’s a hollow claim. There’s also no NFC. 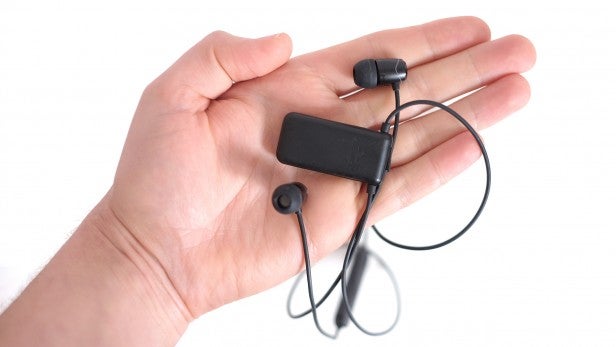 The SoundMagic E10BT sound is very similar to that of the other E10 earphones, even though it has a 13.5mm dynamic driver rather than the 10mm one used in SoundMagic’s wired pairs.

Sound quality is great for the price, comparable to some non-wireless earphones costing a similar amount. It’s an accessible, slightly bass-skewed full tone, but one with decent mid-range definition and detail that’s comparable with the better £30-50 ‘normal’ earphones. 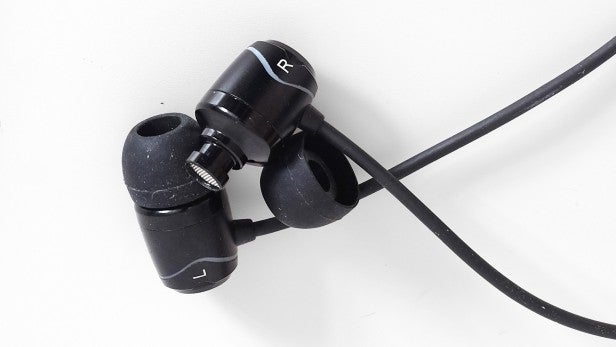 The SoundMagic E10BT has an accommodating sound with zero harshness. It’s hard to imagine many people taking against it too much. It’s the reason that the SoundMagic E10 have been so easy to recommend as a solid budget set for the past few years.

However, I’ve always been more a fan of SoundMagic’s E50 tone – although these aren’t available as a wireless set. The extra bass and mid-bass of the SoundMagic E10BT is enjoyable, but neither does the otherwise decent definition any favours. If you think of a vocal as a box, its outline is very clear on the top half, but towards the bottom it becomes diffuse, confused with the low-mid content from other instruments.

You’d have to spend a lot more than £69 to get perfectly defined mids from a wireless set. However, it does highlight the difficulty with recommending wireless earphones. The E10 family offers very solid entry-level sound, but its limitations become more apparent when you’re paying £70 rather than £30-odd.

At the same time, SoundMagic adds less to the cost for the privilege of Bluetooth wireless than most major manufacturers. 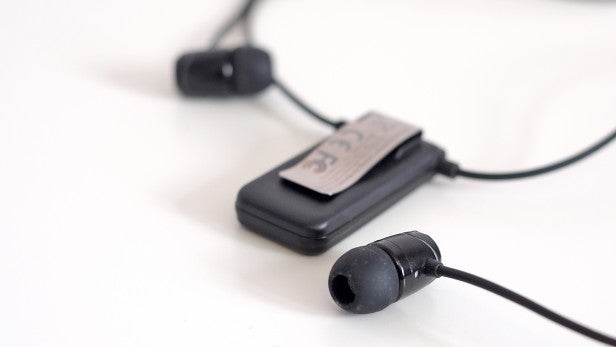 Should I buy the SoundMagic E10BT?

Of all the affordable in-ear wireless headphones I’ve tried, the E10BTs are among the few I’d be happy to recommend, alongside the surprisingly decent Skullcandy Method Wireless. If you’d like a more ‘hi-fi’ sound, also check out the Beyerdynamic Byron BT, although their sound has a tiring edge that won’t appeal to some.

The one part to consider carefully is the battery box – and whether it will irritate. Unless you run topless, its just a case of clipping it to your shirt – but when you consider that a big part of the wireless craze is convenience, maybe it will prove a turn-off.

In the wider world of sub-£100 wireless headphones, I’d also suggest considering the Urbanista Seattle, which offer a bigger, more engaging sound for £20 extra. However, note that they’re on-ear headphones.

Reliable long-lasting wireless earphones at a lower price than rivals.