The only real problem with Sony’s latest attempt to win hearts and minds with PlayStation Move isn’t what it is, but what it could have been. It’s a solid action game with good – occasionally wonderful – graphics, some nice gameplay mechanics and signs of imagination.

Jump to Page 2: The Verdict

Most importantly, it’s a great example of how motion controls can, not just enhance a game, but become the beating heart of it. Sorcery’s Move controls are exemplary; clever, accurate and flexible, never frustrating, and making perfect sense in the context of the story. 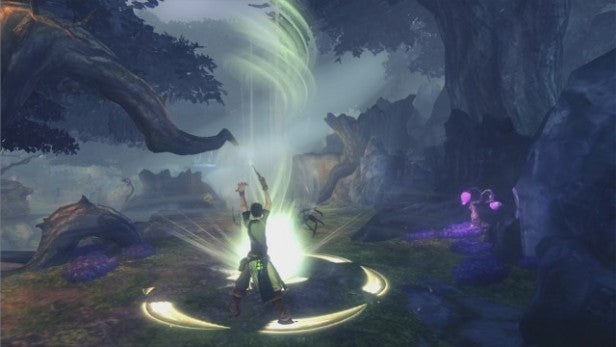 Gears of Magic
Sorcery is a fantasy action-adventure, heavy on faerie folklore and with a touch of the Harry Potters, and perfectly targeted at a younger audience of gamers. It’s the tale of a sorceror’s apprentice and an inadvertent reawakening of an old enemy, which puts our hero on a quest to take a disguised princess to her elf king father before her evil-corrupted mum can track her down. It’s a journey that takes you through all the staples – sprawling tombs, enchanted forests, mystic ruins – with some beautifully rendered scenery that wouldn’t shame a big-budget RPG. Some locations might even be called majestic, and it’s a world that begs to be explored. Sorcery looks a little like a Sony take on Zelda, with a slightly less cartoon feel, but still that luminous sense of mystery and magic around every corner. 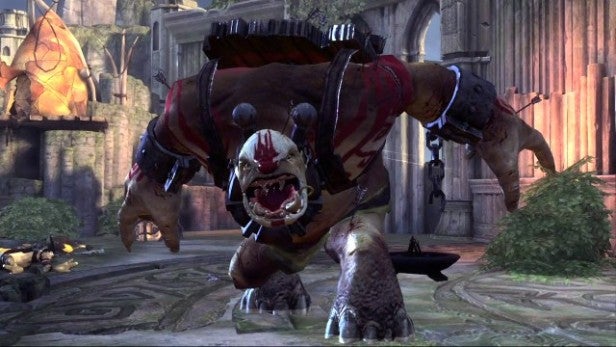 The core gameplay, however, owes more to Gears of Wars than Ocarina of Time. Beneath its fantasy trappings, Sorcery is primarily a shooter, where you move along a fairly linear path from one encounter to another, tackling the game’s variants on zombies, skeletons, ghosts, goblins, trolls and assassins. There’s no real cover mechanic – just a shield spell that kicks in with a click of the L2 button – and the emphasis is on avoiding or repelling incoming attacks, taking out enemies with ranged weapons at long range and blasting incoming melee troops before they get a chance to hit you. With your right hand busy with the Move controller there’s no room for a right-stick aim or any camera control, but the game has a functional auto-lock system and an automatic camera that, 95% of the time, shows you what you need to see. 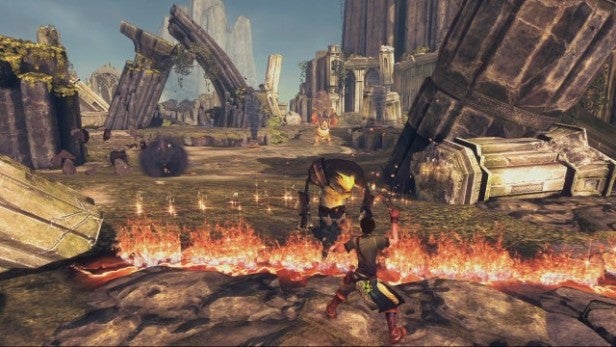 The Wand Chooses The Wizard
The key ingredient is, of course, the Move controller. Any handheld device with a glowing orb on the end practically begs to be used as a magic wand, and that’s exactly how the Move is employed here. Spells are aimed and fired with quick, precise flicks in true Harry Potter-style, or stylishly curved around obstacles using fast sideways sweeps. You can flick between spells by holding the Move button and making certain circular or sweeping gestures, and there are also special attacks that can be called in with combos of gestures and the Move’s trigger button.

Without Move the combat would be fine, but nothing more. The AI is predictable, and the most exciting thing about the magic is the way that spells can be combined for added destructive potential. You kick off with a basic energy bolt, but as you move on you’ll earn earthquake, ice, wind, lightning and fire spells. Enemies frozen with ice can be smashed with a burst of energy or blast of wind, while the wind’s secondary attack – a cool mini-tornado – can be energised with fire or lightning. 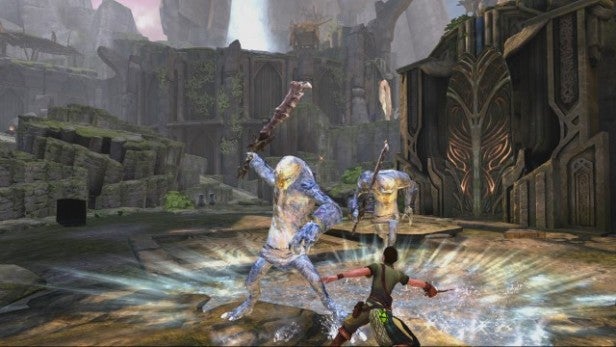 With Move the combat is exhausting, but much more immersive and entertaining. The game auto-aims to an extent, but there’s still scope for some finesse and accuracy, and Sorcery succeeds at making you feel like a badass wizard, blasting every last ghoul and bogie with your ever-growing powers. It’s also great to see Move deployed so well throughout, whether you’re opening chests or mending bridges with a nice swirly motion, swiping rocks and fallen columns from your path, or mixing ingredients for magic potions in what turns out to be a quite sophisticated upgrade system. Even drinking a polymorph potion, transforming you into a rat or a bird to traverse specific sections, involves shaking the controller then tipping it upside down to drink. 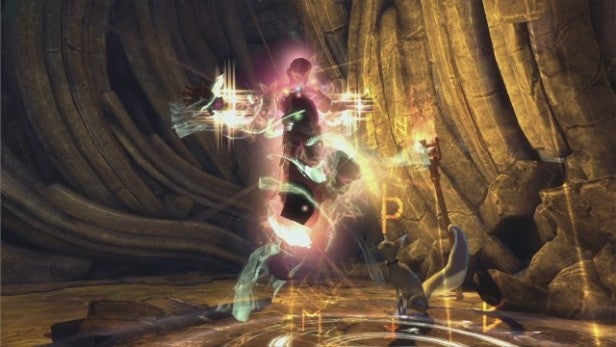 Lack of Ambition
But this is where we come to the game’s limitations. Sorcery delivers a great world and a fantastic set of tools with which to explore and battle your way through it, but it doesn’t give you any latitude with which to make the most of either. Bar the odd half-hidden chest or secret location, Sorcery simply funnels you from one scrap to the next, with exceedingly simple magic-based puzzles and heavily signposted situations where you can use a certain spell. It’s a game that’s crying out for a more freeform, exploratory approach – the kind of thing we associate with a Metroid or a Zelda – but that’s gone down a much more simple, straightjacketed path. 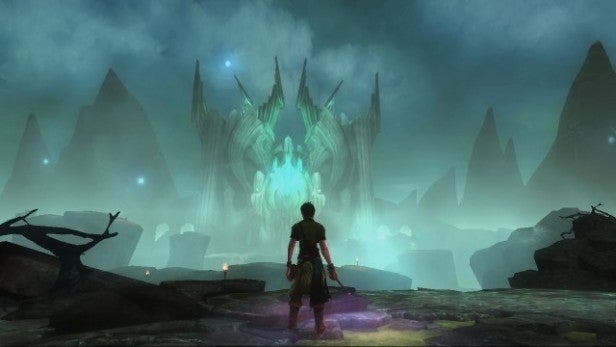 Now, it’s not really fair to criticise Sorcery for being something that it wasn’t designed to be, but what we have is merely a good Move game where it could have been a blinder. There are some other niggles – poorly designed boss battles being the most obvious one – but otherwise it’s a perfectly decent effort, and one that will probably go down a storm with Harry Potter-loving youngsters. All the same, while it’s a game you should think about buying if you already have Move, it’s not good enough to make it worth buying a Move to play.

Verdict
A fine action-adventure with strong fantasy visuals, spectacular spells and well-executed motion controls. If you already have PlayStation Move, then it’s one of the strongest Move titles out there. All the same, it’s a game that’s limited by its own lack of ambition, too focused on repetitive combat and with not enough creativity or exploration. That’s the difference between a good game and a truly great one.