I absolutely adored SonyEricsson’s K800i, and the positive experience prompted me to rather quickly seek out another handset from the company to review.


I’ve gone, not surprisingly perhaps, for something in the ‘W’ range.

Where the K800i uses Sony’s Cyber-shot capabilities for photography, ‘W’ series handsets use Sony’s experience with mobile music via its Walkman brand. 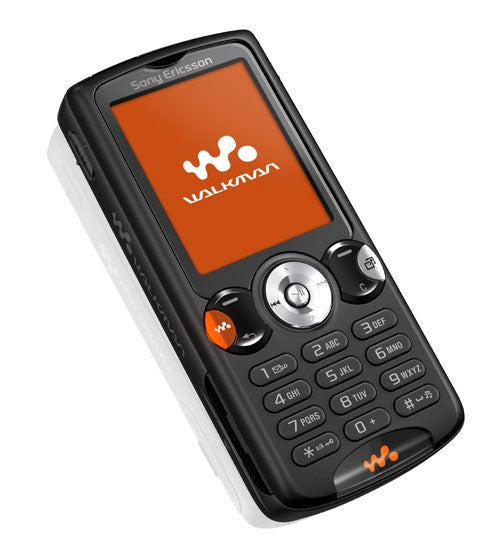 Now, the ability for a mobile phone to play music is not exactly ground-breaking these days, so we have a right to expect something pretty special from handset in the ‘W’ range. That should mean competent or better performance on every musical level including audio format support, music to handset data transfer, user interface and obviously audio quality. And that’s all over and above being a good all round handset, of course. Let’s see.


The first point to make is that there are a lot of ‘W’ range handsets to choose from, and I’ve selected the W810i because it sits near the top end in terms of general specifications. It is not a 3G handset (it is quad band though), but the forthcoming W900i and W950i will both take care of that, and I’ll review at least one of these in due course. 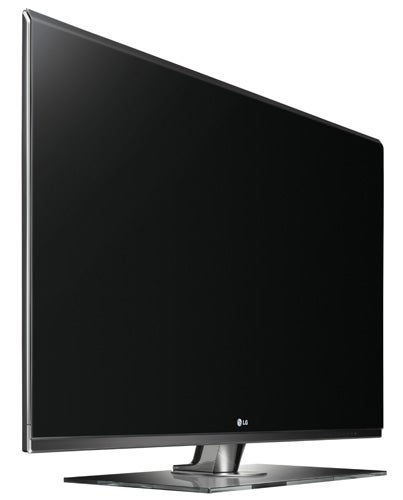 The W810i is mostly black, with silver touches for some buttons. Fast access to music is one of the signature features of ‘W’ series handsets, which always have a dedicated button that launches the music player. In this case the button is on the far left edge of the casing beneath the screen, and is styled in a rather fetching TrustedReviews orange, as is the Walkman logo on the bottom edge of the casing. SonyEricsson likes this colour, though I have to say the shininess of the orange in this case reminds me of the contents of the Christmas tin of chocolates.


Press this button and the music software runs. You can now use the round navigation button under the screen and its central select button to control playback – pausing, flicking between tracks and scanning forwards and back. Volume is controlled with a rocker button on the upper right edge of the handset. I found I needed to use my thumbnail to accurately prod at the under-screen buttons – they are a bit on the small side.


If this button management is beyond you, a single button on the upper left edge will play/pause the next track in whatever playlist you were last accessing.

There are equaliser settings, though not many. A treble boost, setting for voice, while bass boost and mega bass augment the ‘normal’ setting. They did affect music playback, and you can make and save a single user setting, but there aren’t as many presets as I’d like.


SonyEricsson’s headset is two-piece, proprietary to the handset and with a 3.5mm connector about a third of the way along. My Sennheiser PX-200 headphones improved the audio quality over the bundled in-ear headphones. It’s a pity there are no playback controls on the proprietary half of the headset. I’d have thought a handset with music playback at its core would have these as a matter of course. 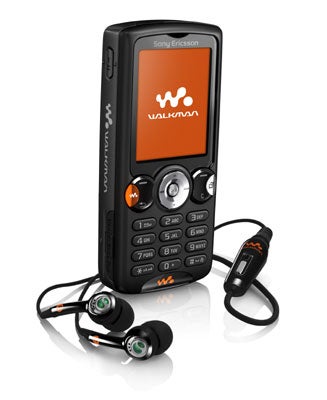 There is 20MB of on board memory, which simply isn’t enough for anyone who likes mobile music. Memory expansion is possible via Sony MemoryStick Duo cards and you get a 512MB card with the handset. That’s reasonably generous, though nowhere near the capacity of dedicated music players.


You can get tracks onto the handset by one of three methods. Copy them into the relevant folder of the MemoryStick Duo using a card reader, attach handset to PC and drag and drop, or use SonyEricsson’s Disc2Phone software, which can convert bit rates on the fly. I can’t help not liking the software very much, but it does its job well enough.


MP3 and AAC formats are both supported, but not WMA, not Ogg Vorbis and nothing that is DRM protected.


To round off the audio support there is an FM radio with RDS and 20 presets. I found this a very handy thing to have around during the testing period. Put simply, all mobiles should have an FM radio.

Overall as a music phone the W810i has some good points, such as all that memory and the ease with which you can access it, the dedicated Walkman button and playback controls, and the ability to turn the handset on without activating GSM – choosing either to ‘Start Phone’ or go into ‘Music only’ mode.


Good though these feature are, oversights like the absence of playback controls on the headset and an average range of equaliser settings pull this phone down.

The other key feature of the w810i is its camera. Able to shoot stills at resolutions up to 2-megapixels and with a macro mode, 4x digital zoom, autofocus capability, panorama and burst modes the camera is not lacking in features. It is easy to use thanks to that navigation button and soft menu keys, side mounted zoom control and side mounted shutter button which when half depressed stirs the autofocus into action.


The camera is accompanied by an (orange) self portrait mirror and very bright double LED light. This works well as a torch, and can be useful in low light conditions, though as the two sample indoor shots show, neither shooting with or without the light is always entirely satisfactory. 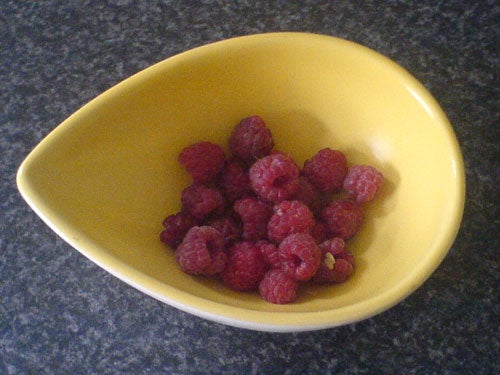 This shot was taken without the built-in LEDs. 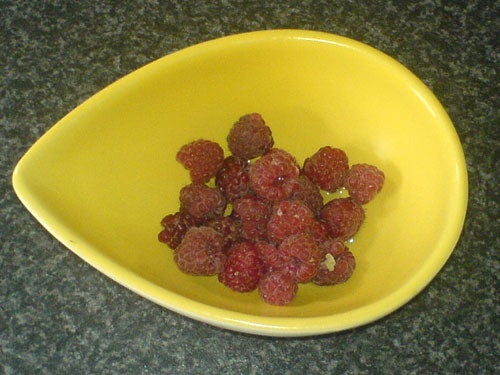 This shot was taken with the built-in LEDs.

The biggest sin as far as the camera is concerned is that it lacks a lens cover. A predecessor to this handset, the W700i has a very neat mechanical cover – you just move a slider on the back of the casing. No lens cover means the potential for scratches on the lens, and even though the lens is recessed a little to help avoid this I’m not pleased that SonyEricsson has abandoned its little mechanical cover.


I’m not sure how much I like the under-screen button design of the W810i either. The central navigation and music control button is, as already noted, rather small and this makes it difficult to hit accurately every time.


This is flanked by two near complete circles containing three buttons each: both have a softkey at their top while the left one has a back button at its bottom, the right a cancel button. A bite out of these at the far left and right edges of the casing provide on the left the ‘Walkman’ shortcut button which launches the music player and on the right a shortcuts button which you can populate with your favourite applications.


Circumstances made it impossible for me to run a labs-style music rundown test, but I was able to use the W810i for music listening while on the road. With this experience I’d guess that three to four hours of straight music would be about its limit, which is poor when compared to a dedicated player.


The W810i is billed as a music fan’s handset and its 512MB MemoryStick Duo card and easy file copy facility is a good start. The dedicated music buttons help too, but its battery life and playback quality fall short of what dedicated players provide. In the end if you want music from a phone this handset is pretty much at the top of the tree in terms of features and capability, but it’s not going to come out on top in a direct comparison with a dedicated player.