You wait and wait for a new UIQ handset and then three come along at once. Well, OK, not exactly ‘at once’, but SonyEricsson’s P990 can’t be far off, its W950i should also be around before too much longer, and to whet the appetite we have the M600i, available in either black or white, though I’ve not seen a white one yet.


While the P990 is the obvious successor to earlier models in the P series, the W950i is the Walkman variant of the M600i. The M600i and W950i look rather similar, but the W950i has 4GB of internal memory and is definitely consumer focussed. 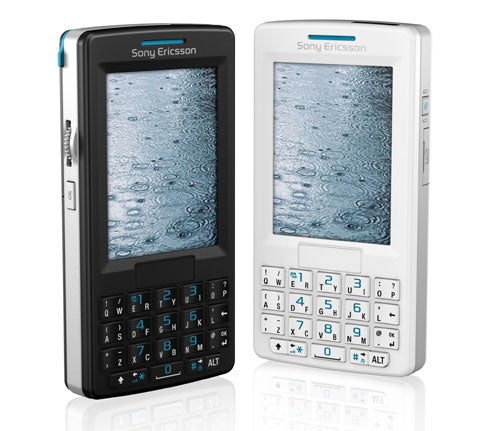 Which, logically, should leave the M600i as dealing with the business market. That’s certainly how things shape up when you start to look at the specifications. SonyEricsson has crammed in just about as many types of remote email compatibility as it could find. You can pick up Web based email either by setting the phone’s email software up or just using webmail. Companies can take advantage of Exchange ActiveSync, BlackBerry Connnect, Altexia and Visto, and the SonyEricsson website promises support for iAnywhere, Nokia Intellisync and SEVEN in due course.


Another clue to the business focus of the M600i is that this is a 3G handset but there is no camera in sight front or back. So we are talking about using 3G for fast data access such as Web browsing and email delivery, but not for video calling.


Clearly SonyEricsson is swayed by the idea that businesses don’t want their staff wandering around with cameras in their phones in case they take shots of things they shouldn’t. There’s not a lot to stop an employee carrying any one of hundreds of other phones with cameras around, though. 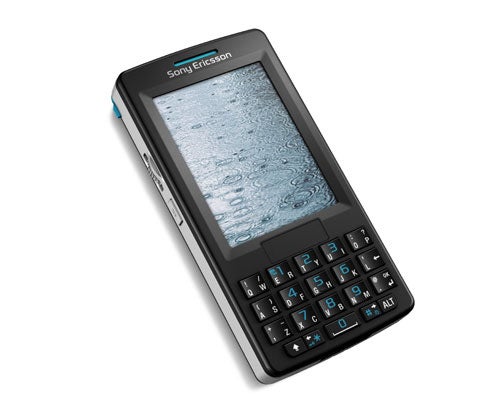 Leaving camera(s) out also means the production costs are lower. I can’t comment on whether this is reflected in the price operators are asking for this handset, because as I wrote this review only one, Vodafone, was listing it, and even then only as ‘coming soon’. Operator free, though, the price does not seem particularly low.


Missing out the camera also means that SonyEricsson has been able to keep the M600i very trim indeed, and this, in fact, is probably going to be what will sell this handset rather than the grandeur of UIQ, the built in software, or that email capability.

At 107 x 57 x 15mm and 112g there is little to separate the M600i from Windows Mobile Smartphones or many Nokia candybar style smartphones. The 2.5in screen is larger than you’ll find on smartphones, though, and gives the M600i a connected PDA quality. It is very close in proportions to Orange’s small format Windows Mobile Pocket PC, the SPV M600 (what a lot of M600’s). So from that little comparison, you can see that SonyEricsson is gunning, as it should with a UIQ based handset, for both smartphone and connected PDA users.


The UIQ software is comprehensive and well implemented. So you get email, MMS and SMS handling (though you are hamstrung for getting MMS images). There is a calendar which takes advantage of the 240 x 320 pixel screen and is neatly designed, ditto the contact manager. A tasks manager and notes application are also here. You get a picture viewer, sound recorder, Web browser and separate RSS manager.


Then, just for the fun of it there is Music DJ for composing your own ringtones, and couple of games: QuadraPop which is a Tetris clone and Vijay Singh Pro Golf 2005 3D (which shows off the device’s 3D graphics capability rather nicely). 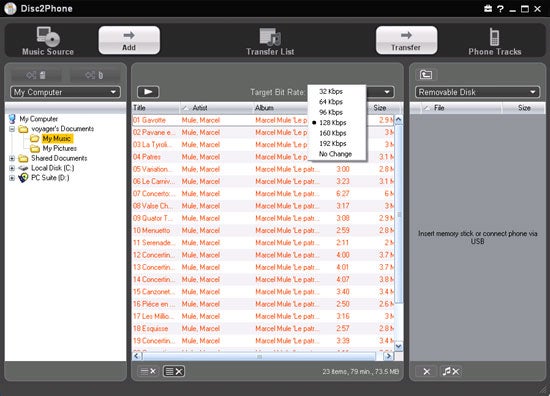 Meanwhile, drop your ‘I’m working’ hat back on and you’ll find a PDF viewer and QuickOffice, with which you can create and edit documents and spreadsheets (including Microsoft Word and Excel formats). Staples like a calculator, unit converter, stopwatch and timer add bulk.


And of course there is also a music player which produces pretty good sound output through the provided headset (just as well as the connector is proprietary). For the desktop SonyEricsson augments PC Suite with Disc2Phone whose sole purpose is music transfer and whose only plus point is its ability to lower the bitrate of your tunes on the fly while it sends them to the M600i.


Software isn’t everything. You need to be able to use the M600i effectively to be really productive. Here there are some highs and lows. There is no Wi-Fi, and although both Bluetooth and infrared are here I think the absence of Wi-Fi is a bit of a blow. Even Nokia is introducing it into some of its N series smartphones these days.

The keyboard is the best of the highs. Q and W share the first key, and if you hit the key with a lilt to the left you get the Q, a lilt to the right you get the W. Where alpha characters share a key with numbers you press square on to get the numbers. It takes just a small amount of practice to get used to this ‘rocker’ arrangement and be typing at speed. 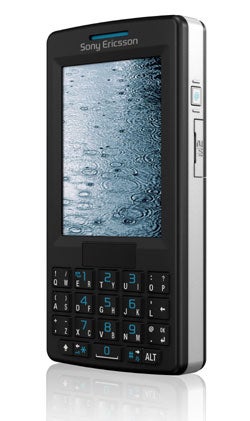 If you really can’t bear the thought, UIQ supports touch screens and there is a handwriting recognition system you can use instead – just whip the thin stylus out of its holster at the top left edge of the casing and start writing to the screen. Or you can use an on screen tappable keyboard. There’s not a great array of symbols available from the hardware keys, but the handwriting recognition and tappable keyboard cater for them and you can switch between systems very easily.


Whichever of these you opt for there is a good predictive text system. It presents an ever changing list of word suggestions as you type or write, and tapping at the one you want drops it into place. For longer words in particular this is potentially a time saver. 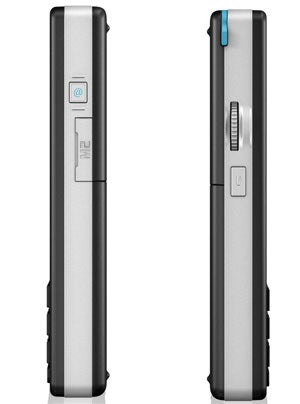 What I found more difficult during testing was getting around within and between applications. Things should be very easy, but somehow it is not like that. The UIQ user interface is peppered with buttons, some too small to tap at with a finger, so you have to reach for the stylus, which is annoying. There is a scroll wheel on the left edge of the hardware which works, but a ridge in the M600i casing, presumably designed to protect against accidental scrolls and pushes interferes with easy use. And I found the organisation of applications within the menu structure a little obtuse. It’s probable that the confusion about where to find things would ease with time, though.


Lefties will love that the M600i seems to have been designed with them in mind, as the wheel and the stylus housing are on the left side of the casing.


There is a hardware button on the right edge, by the flash memory card slot, that by default starts the Web browser. You can set this to do a different task, but the selection is finite: activity menu, main menu, media player, sound recorder or task manager are your only choices.


Battery life was good. With the screen forced to stay on and as bright as it would go, I looped MP3s from a MemoryStick Micro and got just over ten hours of loud and acceptable quality playback through the M600i’s speaker. 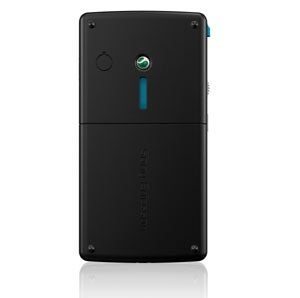 
In the looks department and the all important aspect of data entry the M600i is superb. Its large screen and very clever and usable text entry system both deserve high praise.


But I found the scroll wheel less wonderful to use, and the UIQ user interface is bit confusing at times. And any touch screen that precludes the use of a finger by having very small icons is doing itself and its users a disservice.