First impressions of Sony’s A95K are positive, an improvement over the 2021 OLEDs with its brighter and more colourful performance due to the combination of the new QD-OLED panel and tweaked XR Cognitive Processor

Sony’s QD-OLED was first out of the gates at CES, with a screen supplied by Samsung Display in a TV that looks to merge the best of Quantum Dot panels – its high brightness and wide colour range – with the perfect blacks and contrast OLED offers.

Trusted Reviews visited Sony HQ Weybridge to have a closer look at the QD-OLED model and first impressions are that it is looking very promising.

There are no confirmed details on price and availability, but news out of Korea implies a June release date for the A95K, while the rewards scheme on Sony’s US site listed the 55- and 65-inch sets as earning 2000 and 3000 points respectively. That suggests a price of £1999 and £2999, which is not nearly as expensive as I was expecting, especially as the 55-inch A90J from 2021 was £2699 at launch.

As befitting its 65-inch screen, the A95K is sizeable piece of TV real estate but in-keeping with Sony’s design philosophy of recent years, it’s very minimalist in appearance. The bezel on the top and sides is barely noticeable, giving the screen ample opportunity to dominate a room, especially in its 65-inch guise. In the panel there’s a heat diffusion sheet to distribute heat uniformly, the TV’s processor able to detect where heat is to prevent image retention.

The TV’s rear packaging, where all the drive units, connections and processors are located, sticks out a little and takes up the entire width of the TV as well as ¾ of its height. The way it’s been packaged looks neat and tidy, and let’s be honest, not many will be looking at the back anyway, but for wall-mounting consideration it is big.

You may have seen promo pics from CES of what looked like a gigantic stand and while it is big, the A95K’s stand can be positioned in two ways: front and back. The idea is if you want it sat close to a wall, place the stand on the front in the ‘wall fit’ position; place it behind and it acts as a counterweight with a slight lean back of around three degrees in similar fashion to the A1 OLED. Whichever option you go for, space is needed accommodate it.

The remote issued with the A95K is a new one, with an aluminium sheen and backlit buttons. It’s slimmed and reduced in size from the already elegant wand of before, with fewer buttons and sparser look, plus quick access buttons to BRAVIA CORE, Netflix, Prime Video and Disney+.

Lose the remote and it has a finder function. You can ask the TV (though its built-in microphones) ‘where’s my remote?’ and it’ll play a tune to help you locate it.

The A95K will come with the BRAVIA CAM announced at CES 2022, and it can be plopped on top in the centre (there’s a connector round the back). It’s not too dissimilar to the camera that came with Huawei’s Vision S. This model, though, is more advanced, as it can recognise where people are sitting in a room and optimise picture and sound accordingly (through the Ambient Optimisation Pro feature). There’s support for gesture controls (via a future firmware update) and video chat.

The camera can also dim the TV’s screen when it detects there is no one in the room. I wasn’t shown a demonstration of its capabilities, but on paper it sounds a very capable video camera.

I mentioned BRAVIA CORE earlier, and yes, Sony’s video streaming service is back for another round if you have the necessary bandwidth (it requires sensationally high speeds). There’s also the question mark of how long Sony will continue to support it if it doesn’t fully take off, but for now it’s still here.

Netflix Adaptive Calibrated mode joins the ever increasing flood of adaptive picture modes, using the A95K’s built-in light sensor to tweak contrast and detail in accordance with a room’s ambient light for optimal picture performance. There’s no Filmmaker Mode (Sony trusts its own processing) although there is a Creator Calibrated Mode for BRAVIA CORE and Netflix that allows the user to adjust and optimise settings.

Google TV continues as the UI, hopefully bringing with it the improvements Google has laid on in the past few months (such as user profiles). With the UK catch-up apps finally appearing on the service late in 2021, the hope is they should be there as soon as the TVs go on sale.

HDMI 2.1 connectivity has been an odd area for Sony; support for the TVs and other products (such as the PS5) has been promised but then delayed. The new 2022 range is confirmed as having two HDMI 2.1 inputs at launch and that VRR, ALLM and 4K/120 will be present (though the Sony UK site lists VRR as coming in a firmware update). Latency is claimed to be around 8.5ms.

Sony also said that VRR support for the 2021 models will start rolling out in March 2022. How long that process will take is unknown, but if you see an update in the next few weeks, it’s likely to add VRR. The PS5-specific Auto Genre Picture mode and Auto HDR Tone Mapping features will also be there on the A95K.

A run-through of the other features includes all the Google-related services such as Chromecast and Google Assistant: AirPlay 2 and HomeKit, ‘works with’ Alexa support (via another compatible device) and Bluetooth connectivity.

Sony invited us to a comparison between A95K QD-OLED and last year’s flagship OLED A90J with Sony’s BVM-X300 reference monitor acting as, well, the reference. Considering how much the A90J was admired in the five-star review on the site, when compared on the same settings, its clear the A95K is a step up in performance terms.

Though all this should be mitigated by this being a comparison between two TVs from different years, and that the QD-OLED screen only forms one part of Sony’s equation, with improvements also made to the XR Cognitive processor to bring out more colour, depth and contrast.

The result, in short, is a more natural and precise looking image; and when compared to the reference monitor, was more in keeping with that display than the A90J was. You can read more about QD-OLED in an overview of the display technology.

Sony, as usual, wouldn’t be drawn on giving numbers for peak or standard brightness levels, but the A95K QD-OLED is brighter on both fronts, with a larger colour volume that, with assistance from the XR Cognitive processor, relays colours with more accuracy and tones that are truer to life. There was more vivacity to colours, especially reds and blues; the luminance and saturation of the panel/processor combining to create a more expressive picture.

In the selection of images and videos demoed, depth within an object was more perceptible, leading to more detail unearthed. Complexions (surprisingly) had more punch and vim compared with the pallid and slightly grey-ish look of the A90J. Viewed from wide angles and the A95K retained much of its colour, contrast and luminance like standard OLED panels do, but with much more punch and intensity.

This demo, I should add, was mostly performed in Sony’s Custom picture mode, but improvements were still visible in Standard and Vivid mode, the latter was impressively natural in look. A comparison of the recent Monster Hunter (not a good film I might add) scene where Milla Jovovich’s Artemis is holding a flare in a cave, and the gradation of the flare’s light is more smoothly defined on the A95K, and the level of detail in blackness of the dark cave was higher too. As Artemis swung around the flare the A90J invoked more blur and motion pixilation, which surprised me considering the A90J is no slouch.

You can never be too certain with demos, but this was nonetheless a very impressive showing. Sony wouldn’t be drawn on a release date, but did note the A95K was far along the line in terms of fine tuning the picture.

There was no sound demo, so I didn’t get a sense of how the Acoustic Surface Audio+ worked on this model. The A95K uses two actuators located behind the panel to vibrate the screen to produce mid and high frequencies that radiate into the room.

Low frequencies are covered by two subwoofer units (left and right) and if you have a compatible soundbar system (like the HT-A7000), the screen can act as a centre channel to reinforce and prioritise dialogue. The A95K also has what Sony calls 3D Surround Upscaling that can supposedly create surround sound from the sides and above without the need for wide- or upfiring driver units. As always with these types of claims, it is best to take it with a punch of salt.

The Sony A95K is the only QD-OLED that’s broken cover at this point, which would make it the best QD-OLED so far. Joking aside, without some competition to at least view, it’s still a little blurry as to how and where QD-OLED will fit among the current roster of TV options. Viewed on its own, the A95K is looking very fine indeed and makes the A90J OLED look a little ordinary.

Everything we expected from QD-OLED looks like it will be delivered on, from the expanded colour range to higher luminance levels and wide-angle viewing – the A95K is already an improvement on last year’s Sony OLEDs in its pre-production form.

The footnotes on the A95K’s specification page suggest some features (such as VRR) will be added as firmware updates down the line and I expect more will be confirmed and revealed in the coming weeks. The A95K QD-OLED is certainly a set to keep a close eye on as it nears launch. 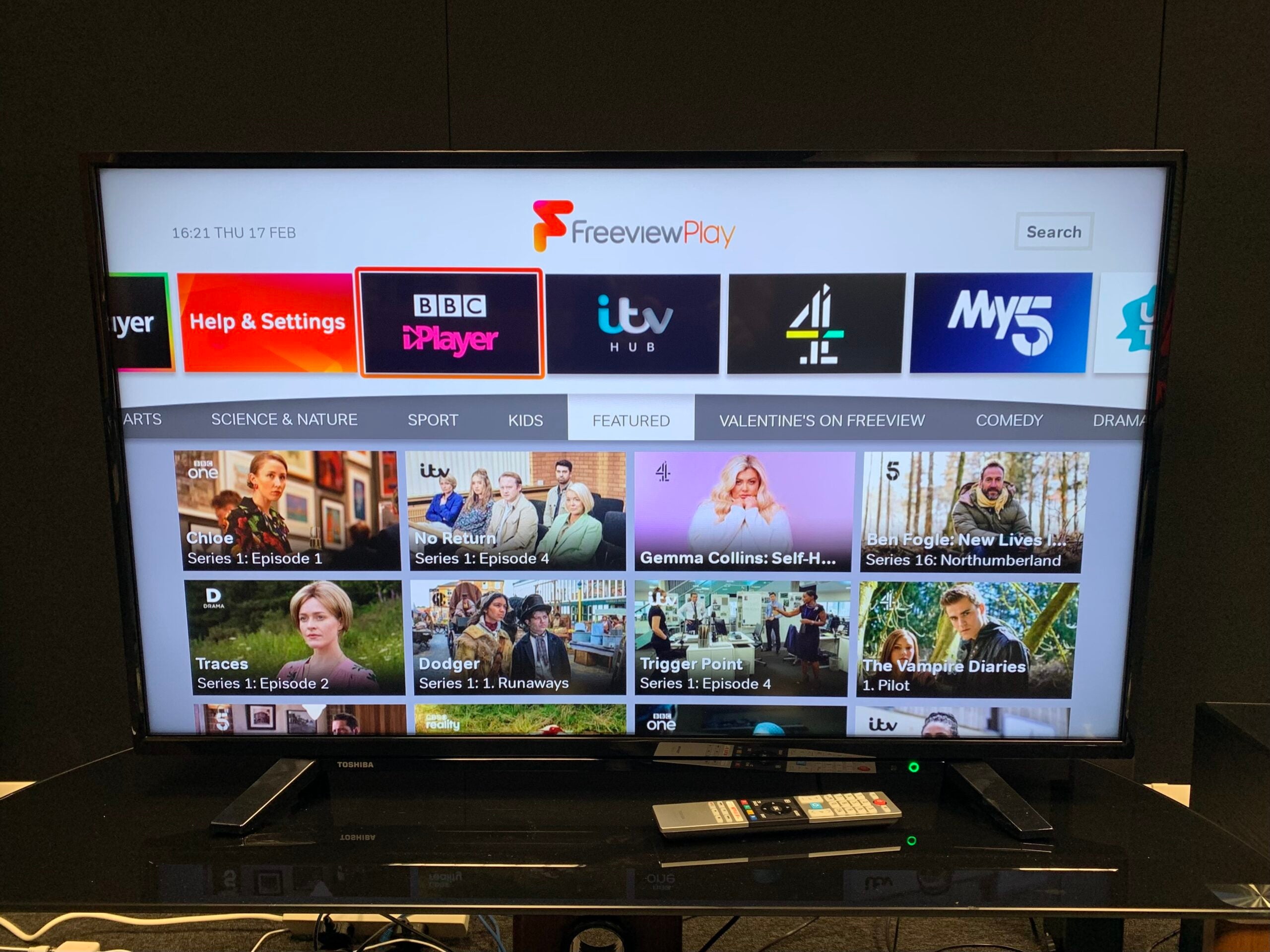 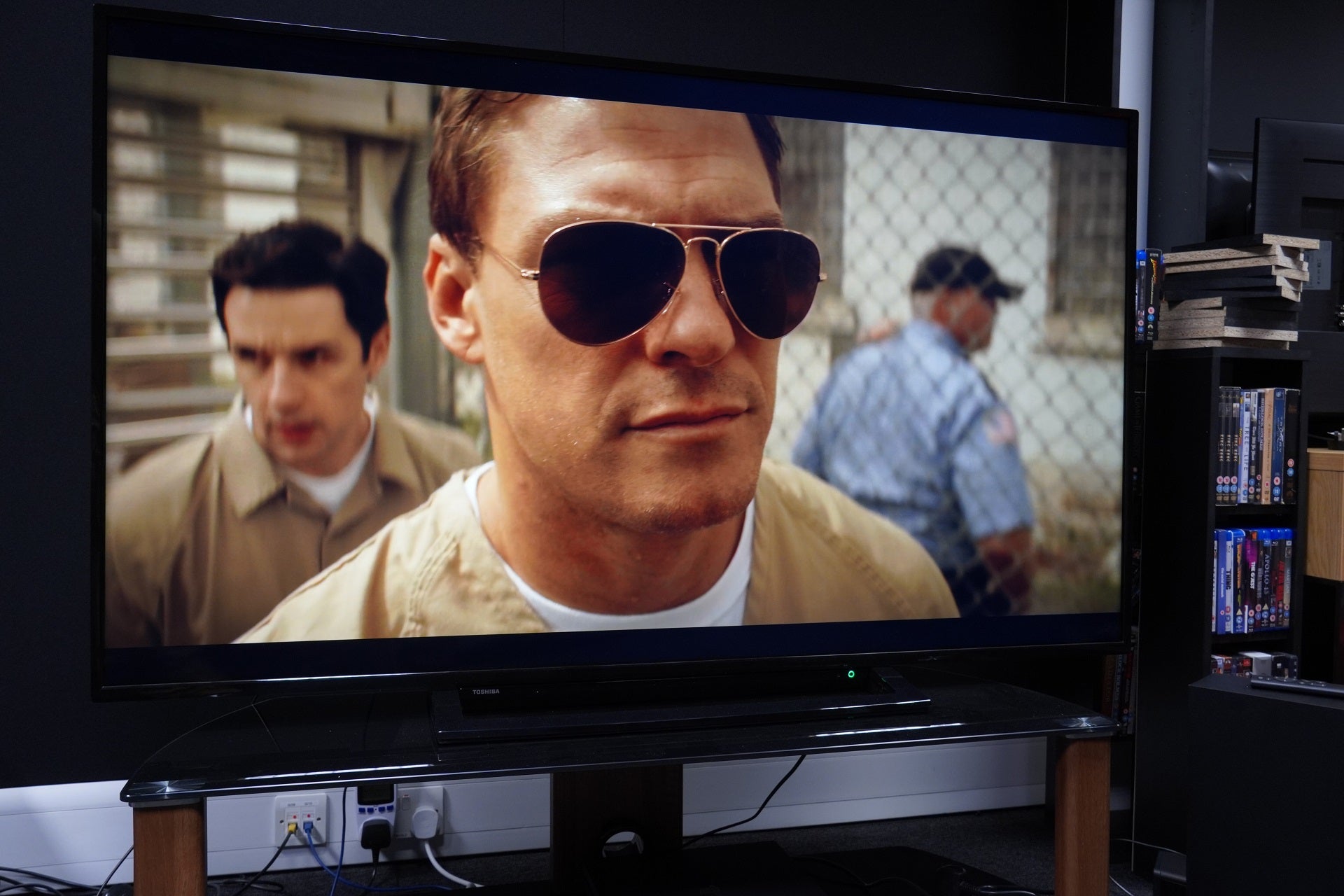 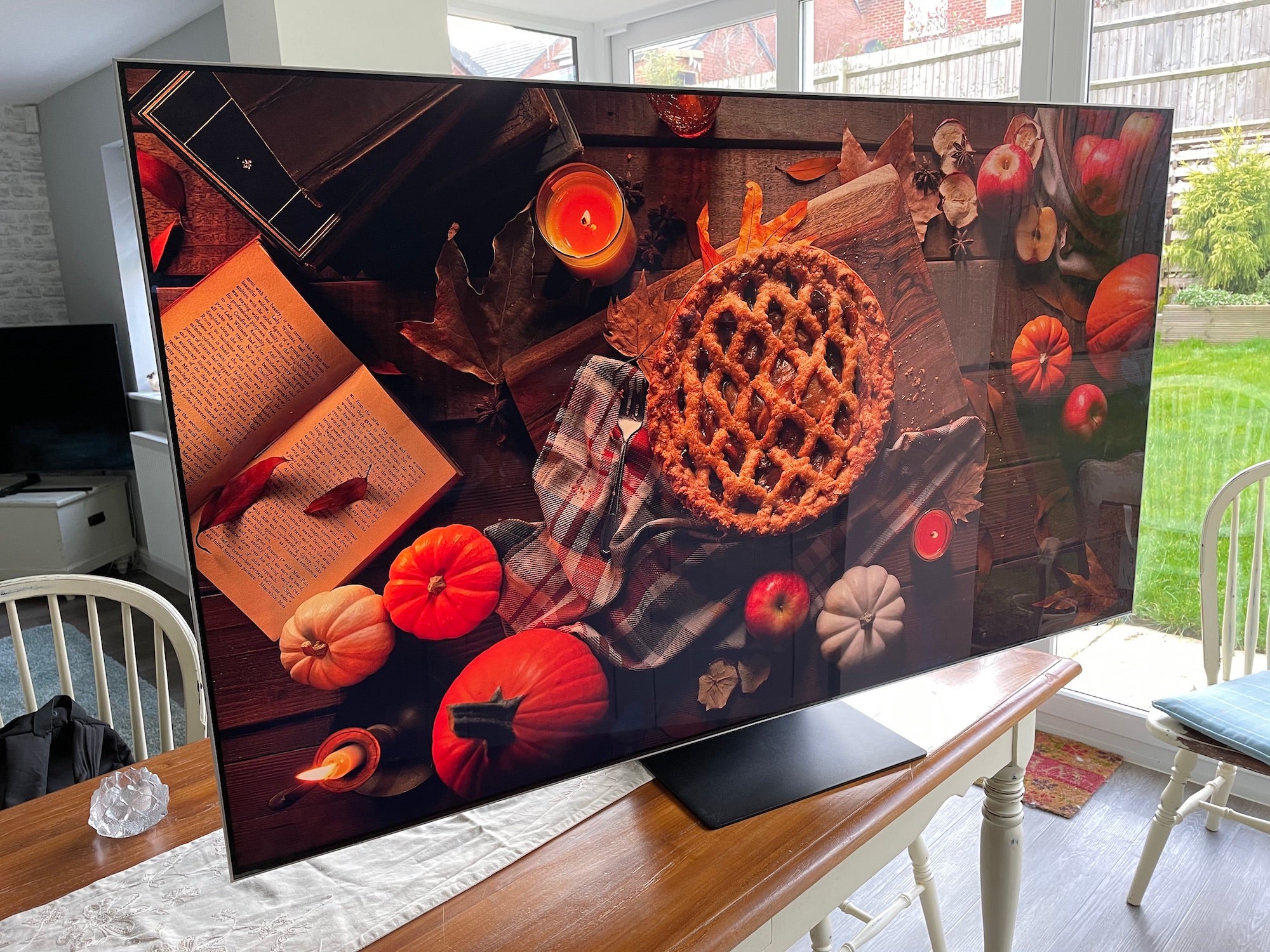 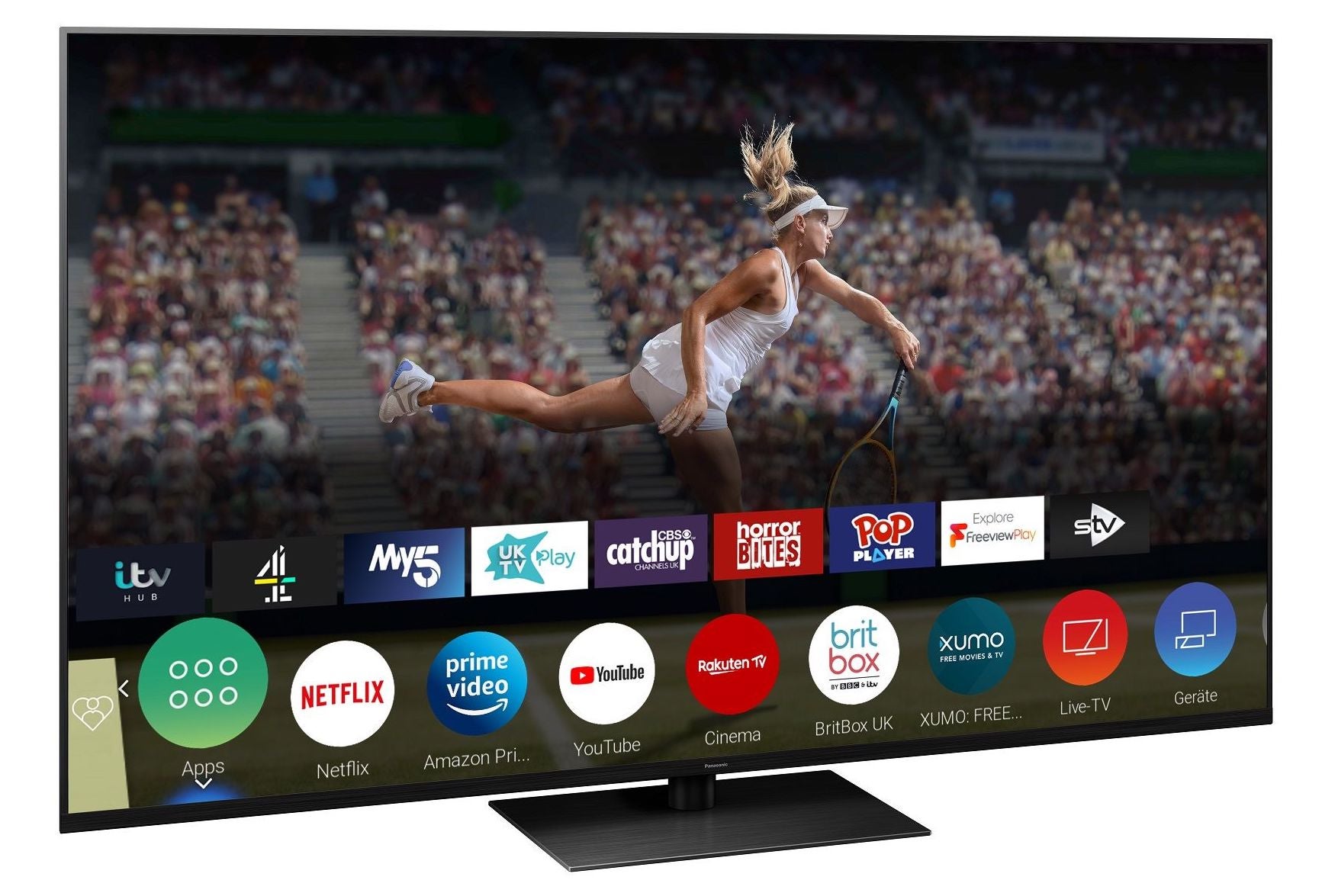 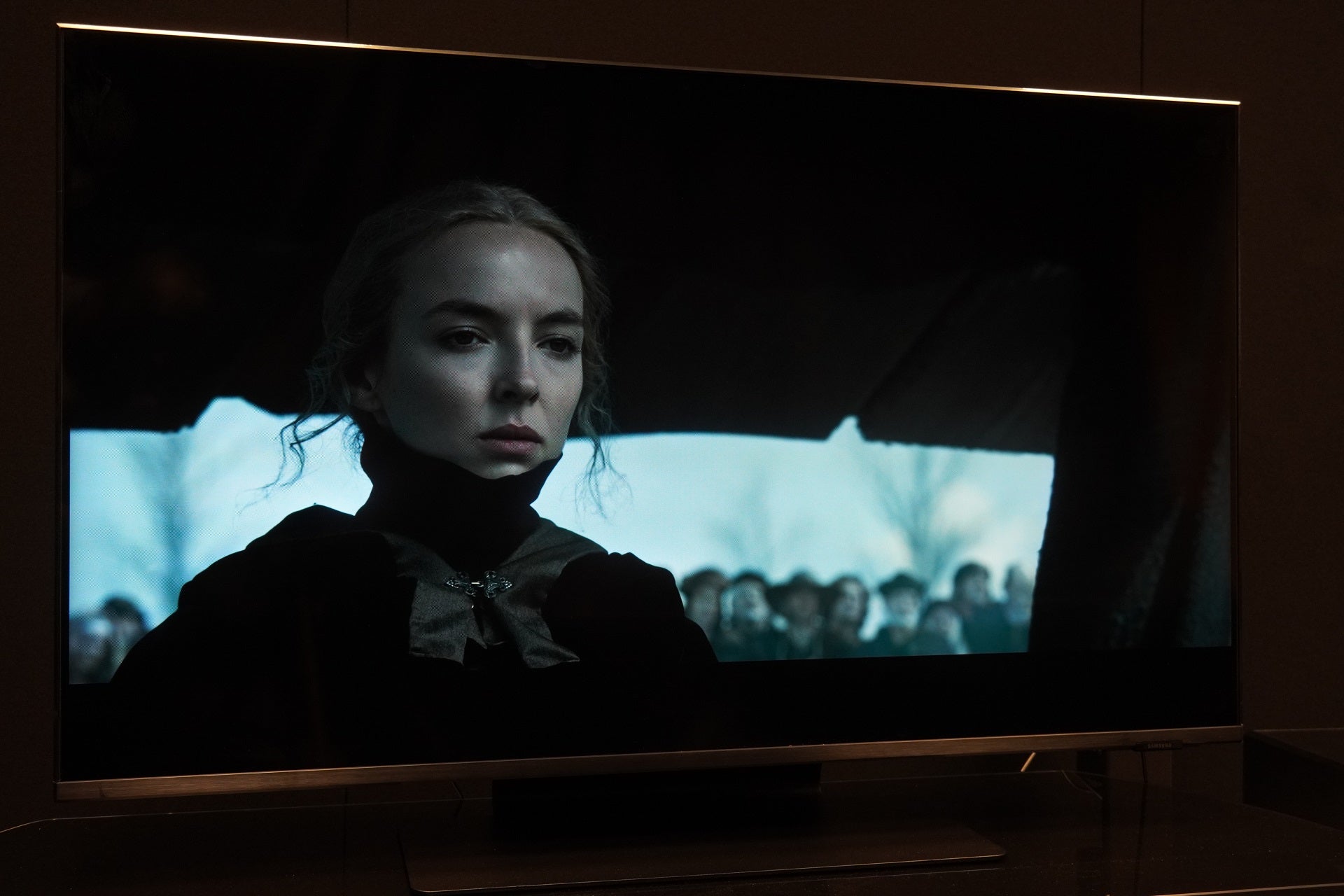 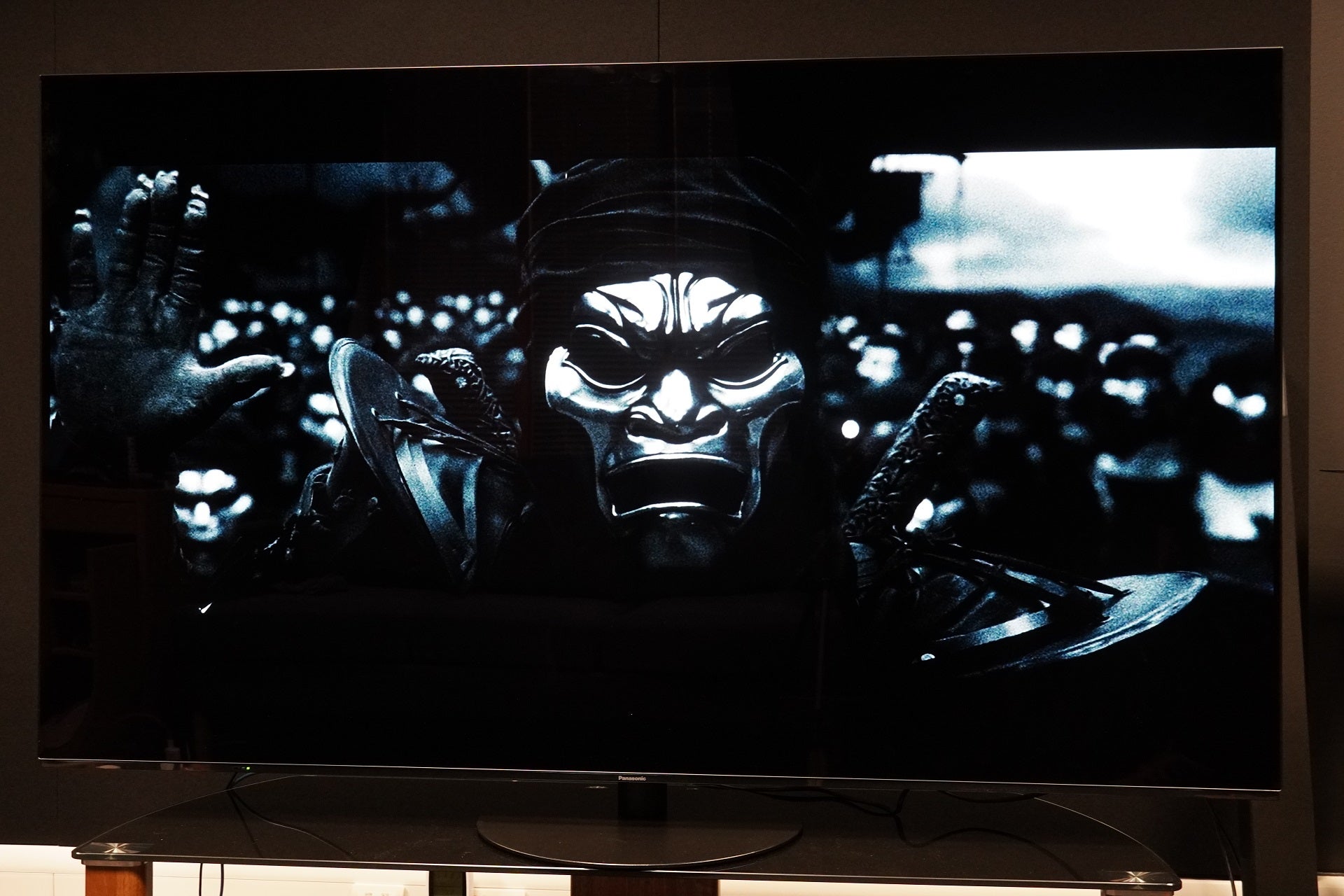 Kob Monney 4 months ago
A 'hands on review' is our first impression of a product only - it is not a full test and verdict. Our writer must have spent some time with the product to describe an early sense of what it's like to use. We call these 'hands on reviews' to make them visible in search. However these are always unscored and don't give recommendations. Read more about our reviews policy.