The Z3 runs on Android 4.4.4 KitKat with Sony’s user interface laid on top – although that will obviously soon be replaced by Android 5.0 Lollipop. While it’s not a clunky or cumbersome take on Google’s mobile operating system, Sony does packs it with its own software.

On our count there’s over fifteen Sony-related apps to go with
Google’s collection, plus extras like OfficeSuite, Kobo, Sketch and
NeoReader. These are littered across the multiple homescreens, so you
might want to do a clear up job and get them into folders to make life
easier. They take up lots of space, too. With 32GB of on-board storage, just under 12GB is actually free for you to see. Much of the Sony bloatware can be deleted, but there’s a lot to take in for first-time users.

Aside from that, the look and feel of the Z3’s software has hardly changed. You can still open the app drawer and swipe right to organize apps, the dropdown notification bar lets you switch between quick settings and notifications. You’ll find the usual suspects here like some comprehensive audio and power management settings.

One of the features that still works well is the default keyboard. Keys are nicely spaced out and unlike rival phones, it’s more difficult to make mistakes here even at full typing speed. 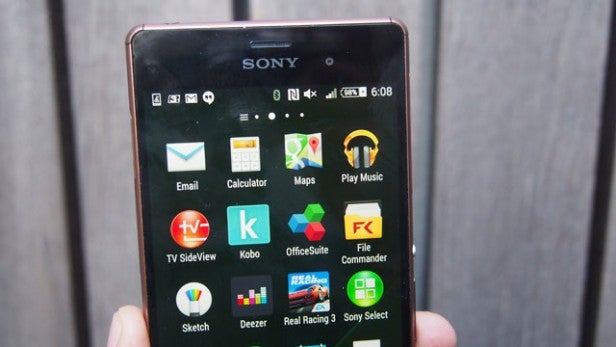 If you want power then the Z3 has plenty of it, not that the Z2 was short of it mind you. It uses the same Snapdragon 801 processor, but this time clocked at a higher 2.5GHz in comparison to 2.3GHz on the Z2. There’s still 3GB of RAM, giving it an identical profile to the Samsung Galaxy S5. The 801 processors are not top of the class with the soon to be released Note 4 and Note Edge packing the newer Snapdragon 805 processors, but you won’t notice.

It’s still a blistering quick phone and the best way to illustrate is that our usual go-to game for testing, Real Racing 3. It installed in less than five minutes when it usually takes much longer than that. For general navigation it’s a similar story. There’s no signs of lag and apps launch nice and swiftly. 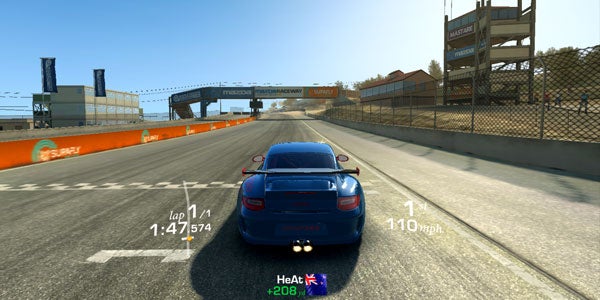 For gaming, things run beautifully. This is the CPU set up designed for more graphically demanding gaming. You get the added reflections on cars and more luscious-looking landscapes, which the Z2 handles with relative ease.

But One problem which appears to persist is the overheating issue that seems to have plagued the Xperia phones since the first Z handset. Clock in half an hour on a game like Real Racing 3 and the back will begin to warm up. Glass isn’t renowned for dealing with heat well and while the glass might look pretty, maybe it’s time for Sony to change things here.